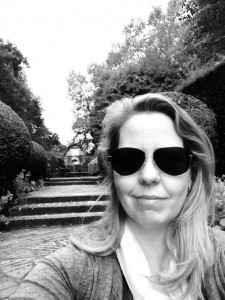 Mary Jo Shankle has checked a lot of important things off the list:  kids situated in college, screened-in porch built, Extreme Volunteer Commitments wrapped up (for now).  In the last 6 months, she’s focused on her health – and you can tell.  Mary Jo is a girlfriend who gets the job done!  A sense of humor coupled with a strong work ethic goes a long way.

Spending time outside keeps her in a good mood, especially when she’s puttering around her yard and flower beds here in Nashville.  She’s also been tending a wonderful cottage garden at a newly acquired Sewanee home dubbed Shankri-La by friends.  She’s inspired by the many homes and gardens she’s visited in the U.S. and abroad over the years.  One visit last summer made a big impact, not only for what she saw, but for what she learned about the literary luminaries who lived there.  I’m so thrilled to share her reflections at Bacon today. 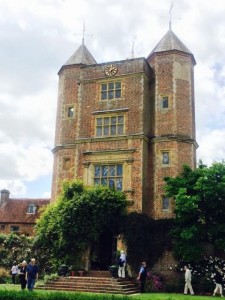 Last summer, I took a wonderful trip to England led by Nashville’s own Troy Marden.  We toured many homes and gardens both large and small, public and private.  One stop was Sissinghurst Castle Garden, the home of Vita Sackville-West (1892-1962) and her husband Harold Nicholson (1886-1968).

I knew little other than that Vita was a writer/poet and that Sissinghurst is renowned for its White Garden.  I am glad I had no more preconceptions going into our visit, although a fellow traveler whispered scandalously, “Why, don’t you know… she is infamous for an affair with Virginia Woolf!”  As our visit unfolded, I quickly came to learn that there was so very much more to Vita than a sensationalist one-liner.

Throughout Sissinghurst’s present-day museum and the Elizabethan tower that contain Vita’s sitting rooms and study, there is quotation after quotation from letters, journals, and poems.  This one so captured  my attention that I took a photo:

I KNOW, right??  Instantly intrigued and wanting to know more about these people and their fascinating 49-year marriage, I purchased a copy of Portrait of a Marriage by Nigel Nicholson, son of Vita and Harold.  The biography caused an uproar when published in 1973, ten years after Nigel discovered Vita’s private manuscripts following her death.  If you google Vita, almost every site will refer to her and Harold’s “open marriage.”  Both were bisexual and had affairs, but their relationship cannot be summed up so dismissively.  To use today’s Facebook vernacular…It’s Complicated. 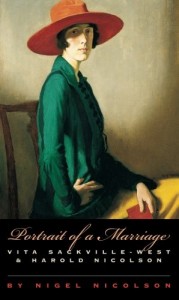 Portrait of a Marriage is written in five parts, alternating between Vita’s verbatim journals and letter excerpts, and Nigel’s own commentary.  In the introduction to a second edition of the book published in 1992, Nigel explains the book as “a story of how love triumphed over infatuation.”  He summarizes the marriage:

“It is a story of two people who married for love and whose love deepened with every passing year, although each was constantly and by mutual consent unfaithful to each other.  Both loved people of their own sex, but not exclusively.  The marriage not only survived infidelity, sexual incompatibility and long absences, but became stronger and finer as a result.”

“If their marriage was a harbour, their affairs were mere ports of call.  It was to the harbour that each returned.”

It is my observation that in many marriages spouses love one another in spite of their differences rather than because of them.  Not so with Vita and Harold.  They were of immensely dissimilar temperaments, yet completely devoted to one another. 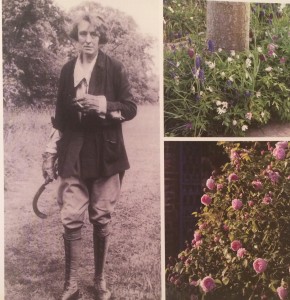 Vita was romantic, rebellious, unorthodox, uncompromising, deeply independent, and wildly passionate.  Beautiful in an androgynous way, Vita attracted (and was attracted to) both sexes. “Vita was always in love,”  Nigel writes, and indeed she had half a dozen affaires de coeur throughout her lifetime.

Although their characteristics are seemingly incompatible, Vita and Harold not merely reconciled their disparate temperaments, they cherished them:  “each loved most in each other the qualities which he or she did not possess, Vita, his leniency, Harold, her wildfire romanticism….”

Despite their differences, Vita and Harold shared a love for many things: literature, the English countryside, gardening, travel, and their homes – Long Barn, the “calm center of their harassed lives, the symbol of their marriage” and later, Sissinghurst, where Vita and Harold lived for over thirty years and created the most stunning garden.

The only true crisis of their marriage was the frenzied, passionate affair between Vita and Violet Keppel Trefusis, but it was but a three year period in a marriage which endured almost a half century.  Even during those calamitous years, Harold never thought of leaving Vita, only showing her the way back:

“I know that for each the other of us the other is magnetic north, and that though the needle may flicker and even get stuck at some other points, it will come back to the pole soon or later.”  (H to V) 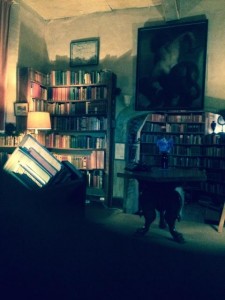 There was never any jealousy between the two and they were absolutely frank and open about their liaisons.  Nigel writes, “Harold would refer to Vita’s affairs as ‘your muddles’; and she to his as ‘your fun.’ ”

There was an understanding between the two and a complete confidence that nothing nor no one could threaten their relationship.  “Don’t let’s worry about these things.  I know that your love for me is central, as is my love for you, and it’s quite unaffected by what happens at the outer edge.” (H to V)

They were unconcerned about scandal for they ran in a circle of intellectual and tolerant friends, the Bloomsbury group and similar ilk.  Indeed, Virginia Woolf and Vita carried on an affair for a number of years, and Vita was the inspiration for Virginia’s novel Orlando, dubbed by Nigel “the longest and most charming love letter in literature.”

While I can understand others’ bafflement and condemnation of Vita and Harold’s ideology, I am charmed to the core by the candor and tenderness of their marriage.  It was a marriage built on mutual respect, abiding love, devotion, and trust.  Trust not meaning fidelity, but rather, in utter honesty.  Complete disclosure of their infidelities, no misunderstanding of motives, and absolute acceptance of one another.

Their love endured to the end.  In 1960, Vita heartbreakingly wrote: “…and now in our advancing age, we love each other more deeply than ever, and also more agonizingly, since we see the inevitable end.  It is not nice to know that one of us must die before the other.” 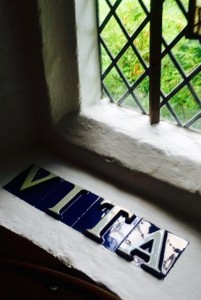 Vita died two years later and Harold was inconsolable, for having lost his Vita, he lost all vitality.  Nigel reports his father’s diary reads, “Oh Vita, I have wept buckets for you,” and it has been documented that visitors to Sissinghurst would find Harold sitting in the garden with tears pouring down his face.  Vita and Harold’s marriage is an unorthodox and complicated love story for sure, but no less absorbing for the fact.  I celebrate that their love is memorialized forever through their legacy of Sissinghurst, in their achingly beautiful letters and diaries, and thanks to their son, in a Portrait of a Marriage. 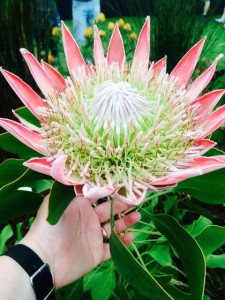 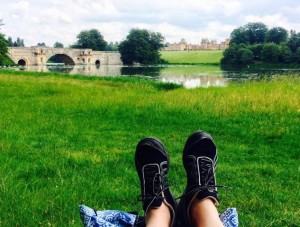 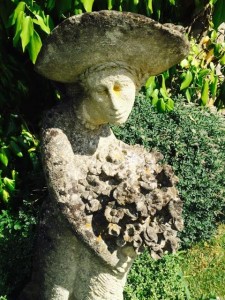 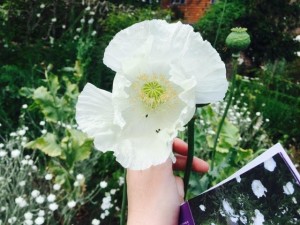