Generosity of spirit is one of the best things you can find in another person; though it’s hard to define precisely, you know it when you see it.  It’s not naïve – but it is kind, and always looks for the best.  Nancy Floyd, the lovely young Editor-in-chief of Nfocus, brings all the generosity in the world to her job and allows people to shine.  She radiates her own beautiful warmth in the process.

Nancy did not grow up in the Nashville she writes about, but in Cleveland, Ohio.  She and her two siblings lost their parents in a house fire when she was 7 years old, and an aunt and uncle who weren’t exactly mainstream took the children in.  “In a lot of ways my parents have been idealized in my mind,” she says.  “But I like to think that the core of who I am as a person came from their influence in my early years.  They taught me the importance of a good education, the value of reading voraciously and how to be a hard worker.  They also instilled a strong sense of family and community, and I surround myself with people who are fun and smart and encouraging and make those relationships a priority.” 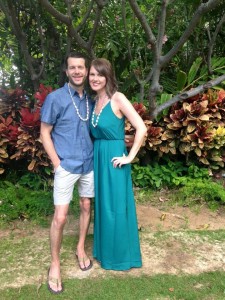 Nancy and her husband of 13 years, Kyle, lived in Nashville when they attended Belmont University.  They left after graduation for Scottsdale and Indianapolis for a few years and have been back in town for the last four.  She loves where they live in East Nashville, a close walk to some of the best restaurants and coffee shops in the city (her favorite restaurant – if pressed – is Lockeland Table!).

Nancy and Kyle don’t have children yet, just “the world’s sweetest and laziest beagle, Gus.”  They’re practicing parenting skills on their 12 nieces and nephews. 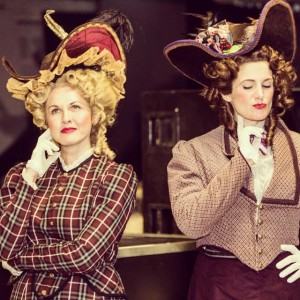 Nancy has a unique perspective on the nonprofit community in our city.  There are more than 2,000 nonprofits in Nashville, and Nfocus covers 400 to 500 fundraising events each year.  “The sheer number of philanthropic events in this city is astounding,” she remarks, “but what’s more astounding is the fact that every one of them is packed with people willing to donate their time and resources to help these causes, which make a big difference in our city and around the world.  It’s truly amazing.”  She loves learning about many nonprofits around town and the people who support them.  She’s had some fun and unusual opportunities through her job as well: “From dressing as a Disney princess to grant a wish to a 3-year-old Make-A-Wish child to interviewing celebrities like Diane Keaton, Rob Lowe and Miranda Lambert, to performing as an extra in the Opera’s performance of La Bohème, this job has created memories for me that I will treasure forever.”  The worst part of the job?  “The schedule. Because of the number of events we cover, it often ends up being an around-the-clock job.”

On a day off, Nancy loves to cook breakfast with her husband; walk the dog; have lunch and a beer on a patio somewhere; go for a long bike ride through Shelby Bottoms Park; and read.  She’s read hungrily from an early age, anything and everything (“I remember reading Stephen King in fifth grade – that wasn’t such a good idea, but man, can the guy write!”)  Today, I’m so happy for her to share her thoughts on The Glass Castle, by Jeannette Walls. 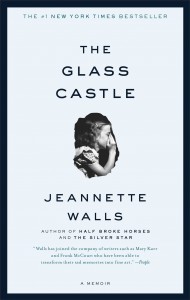 When it comes to preferred reading material, I’m a fiction girl through and through.  Ever since I was a little girl, I was hard-pressed to find anything more enjoyable and enthralling than a compelling story populated with well-developed characters.  My husband often teases me when I’m halfway through a novel and we’re hanging out with friends because he’ll see a particular look in my eyes and lean over to ask, “You’re thinking about the characters in your book right now, aren’t you?”  And most of the time, he’s right.  I’m guilty of choosing fictional characters over real ones more than I care to admit.  When a few trusted friends recommended Jeannette Walls’ The Glass Castle, my first thought was, “A memoir? Not interested.”  But when it became our book club selection, I had no choice, and from the first page, I was so completely engrossed in Walls’ better-than-fiction story that I felt myself slowly morphing into a memoir girl.

The book opens when Walls, all dolled up in the back of a taxi on the way from her Park Avenue apartment to a glamorous party, spots a homeless woman digging through the dumpster and realizes it’s her mother.  The story then flashes back to Walls’ earliest memory – cooking hot dogs by herself as a 3-year-old and catching on fire – and takes the reader on a gripping, heartbreaking and tender journey of an unconventional, yet unconditionally loving, family.  Raised by parents who were as brilliant and creative as they were stubbornly nonconformist, Jeannette and her three siblings had a childhood that was equal parts exciting and borderline cruel that saw them camping like nomads in the deserts of the Southeast, surrendering to the destitution of Appalachia and vying for opportunity in New York City.

Smart, strong and resourceful, Jeannette fights against every odd to carve out a successful, healthy, “normal” life for herself, one that eventually finds her brushing elbows with New York’s society elite while her mom rummages through trash cans nearby.  The Glass Castle is an incredibly moving tale about the importance of family, the ability to overcome and the challenge of finding beauty and pride in your past.

It’s a message that resonated profoundly with me.  Born and raised in Cleveland, Ohio in a large Irish-Catholic family – 22 aunts and uncles, 36 first cousins and 55 second cousins on my mom’s side alone – I spent the first five years of my life living above Bud’s Tavern, the bar that my mom and dad owned and operated.  Some of my earliest memories include playing hide-and-seek among cases of liquor in the stockroom and earning money by selling candy bars and newspapers to drunk customers.  (As a toddler, I broke my leg falling off a bar stool while playing Pac-Man.)  When my parents passed away when I was 7, my brother, sister and I moved to rural Ohio to live with an aunt and uncle whose ideas of decorating included propping a tuxedo-clad skeleton in an old-fashioned barber chair in the living room and positioning half of a boat to look as though it was sinking into the front yard.  To say I’ve felt ashamed and embarrassed of my family at times would be an understatement. 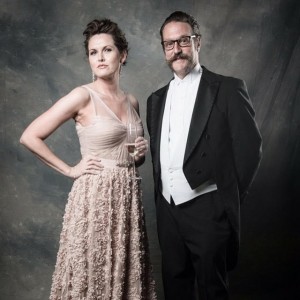 These days, I often find myself wearing fabulous gowns in beautifully decorated rooms full of Nashville’s most fascinating, successful and brilliant leaders and philanthropists or sitting down to interview some of the biggest celebrities in the world and, much like Jeannette admits in the book, I catch myself thinking, “How in the world did I get here?”  But, much like Jeannette, I’ve also come to appreciate my upbringing, unconventional as it was, and the values that my less-than-normal family instilled in me.  They passed down a strong work ethic, self-confidence and creativity that have helped me get to where I am today.  And my life has been far from perfect, proper or going according to plan, but then again, where’s the fun in that type of story anyway? 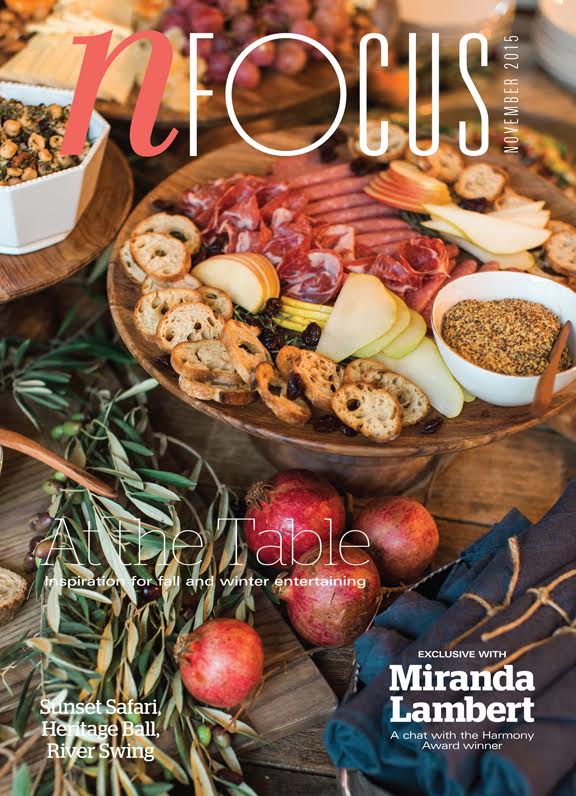