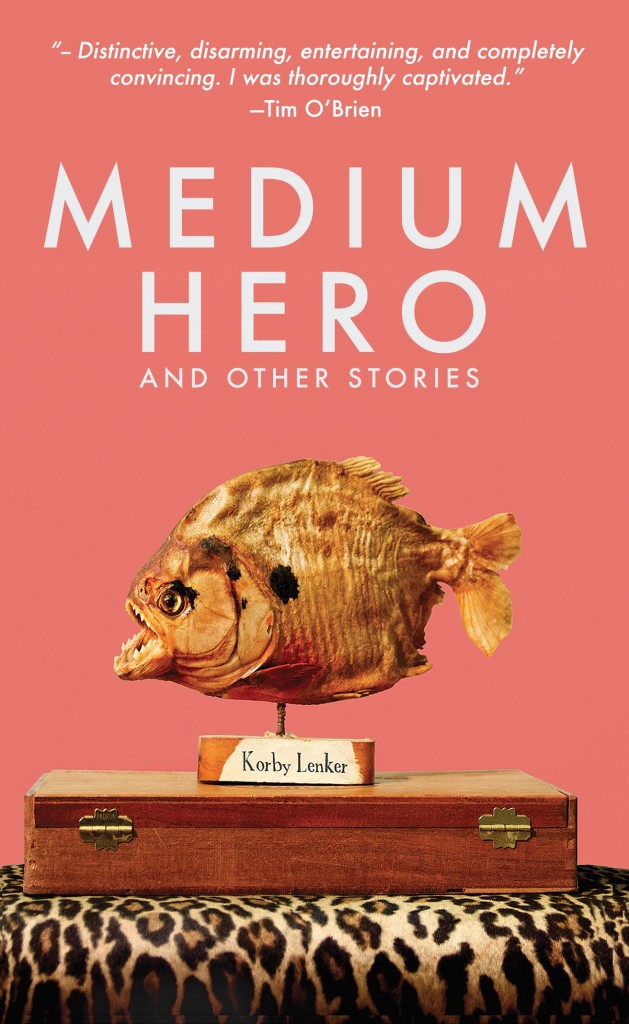 Imagine the love child of Marilynne Robinson and Nick Hornby.  Their novels I mean.  Medium Hero and Other Stories is a marvelous debut collection by Nashville singer-songwriter Korby Lenker:  deep thoughts, light touch, the holy mysteries of life, and just a guy trying to figure a few things out.  Come hear Korby read (and sing a song or two) at Parnassus this Tuesday night, December 1st, at 6:30 and you might find yourself as enchanted as I am!

Medium Hero often reflects a young man’s cash poor life.  In one story, the narrator goes to a McDonald’s because he’s out of toilet paper at his house.  He’s always having trouble paying the rent.  But he is richly alive to the opportunities for wonder and awe each day – wonder and awe even in the face of fear, uncertainty, and suffering.  In one story, the narrator is on a run when he sees out of the corner of his eye a wrongful fluttering on the street.  It’s a pigeon that’s been hit.  The passage in which the narrator helps ease the bird’s journey from life to death is among the most moving I’ve ever read.

My friend Matt Osborne says that “art is honesty” in his post about Galadrielle Allman’s memoir.  This collection strikes the same chord in me.  These stories are the place where art meets honesty and transforms it.

Korby Lenker has been a touring musician on the road for most of the last 15 years.  He grew up in Twin Falls, Idaho, spent some time on the upper West Coast with a band he founded there, and has called Nashville home for the last nine years.  He’s opened for some big acts but has also spent plenty of time in his own car, playing clubs in New York, Philly, London, all over.

He’s always writing songs, but he’s been writing stories along the way too.  Many are based on things he’s seen, heard, and felt on the road or in Nashville.  If you’re a Nashville resident, you’ll recognize many places – Fido, Mafiaoza’s, the Gulch, Green Hills, the Hermitage. 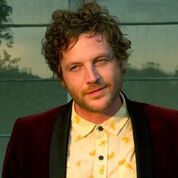 I sat down with Korby at the Green Hills Starbucks last week before I’d read one of his stories.  He arrived at Starbucks with his jeans turned up just so and his hair just that right amount of tousled:  hipster perfection!  Without a bit of pretension, it turns out – not one false note.  He has that lovely combination of confidence and humility you occasionally find.

Korby lives in East Nashville and loves the Barbecue tacos from Edley’s.  (He sheepishly admits to loving Luck’s beans right out of the can as well.)  He enjoys a fine craft beer, but he’s happy with a Miller Lite.  On a rainy Saturday, you’ll find him reading.  On a sunny Saturday, he likes to grill out, ride a bike, go on a run, maybe read.

It’s crazy how much this guy has read!  For about 5 years, when he was with his band out on the West Coast, he lived around the corner from a used book store.  He earned just enough money for rent and food – and books.  He spent those years working his way through the Russian novelists, Hemingway, Steinbeck, Melville, Austen.  Recently, he’s read David Sedaris’s Let’s Talk Diabetes with Owls and has started David Foster Wallace’s Infinite Jest.

Korby thinks maybe he’s had a protracted adolescence, which he says – with a smile – “is a scandalous coup.”  He loves kids and kids love him.  “Really I’m a professional daydreamer,” he says, half-wistfully.

It strikes me that Korby Lenker is doing exactly what he should be doing in the world: making music, writing stories, always observing.  Sharing the wonder of the world – and wondering about the strangeness of the world – with those who are fortunate enough to hear him.

Please join me Tuesday at Parnassus at 6:30 for what promises to be a wonderful reading.  Korby Lenker is the real deal.  His stories sing. 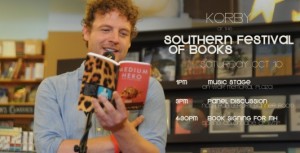 To see a trailer for the book:  please click here.  If you can’t make the reading at Parnassus, check this out for sure!

Another fun promotional:  Get an Audio Autograph for Medium Hero

From Korby:  Whatever you do to get it, we want to give you something special.  SO.  The folks at Turner Publishing came up with an idea we’re calling the Audio Autograph.  How it works is, you send in proof that you bought a copy of Medium Hero, and I will send you a personalized one-of-a-kind video, singing you a song and playing the ukulele.  Each video will be absolutely unique and just for you.  This is what it’s like:  https://www.youtube.com/watch?v=tT_lMsrBm4c

All you have to do is buy the book from your local bookstore or favorite online retailer and send a pic of your receipt (or receipt email) to marketing@turnerpublishing.com between now and December 31st.  I realize I might end up spending the holidays making videos for my readers, but this is the price you pay for playing the ukulele in these fragile modern times.