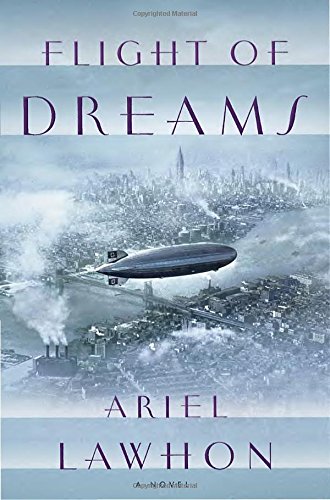 Love story, tightly plotted thriller, heartbreak hotel: you’ll be sweating bullets and may shed a few tears while reading Ariel Lawhon’s new novel, Flight of Dreams.  Lawhon imagines what might have happened on the final, doomed journey of the Hindenburg before it exploded in May of 1937, and she’ll be reading from her engaging new novel tonight at 6:30 at Parnassus! 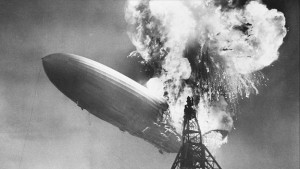 Lawhon takes on one of the great mysteries of the 20th century – why the Hindenburg exploded on May 6, 1937, as it attempted to dock in New Jersey after a 3-day flight from Germany.  It ignited and burned completely in less than a minute.  Because it was so close to the ground at the time, 61 members of the crew and passengers lived, many by jumping out, while 36 died.  Travel by Zeppelin ceased, though at the time it was considered one of the most advanced and elite forms of transportation.  Investigations were launched and conspiracy theories abounded, but the cause of the explosion was never identified.

Lawhon chooses to focus on five real passengers – the American, the Navigator, the Cabin Boy, the Stewardess, and the Journalist.  She creates a believable web of relationships to bind them, and the growing power of the Nazi state looms menacingly over each character.  At the heart of Flight of Dreams is the love story of Max Zabel, the Navigator, and Emilie Imhof, the Stewardess, and the question of how much Emilie will risk for that dangerous love.  As they secretly meet, another person on board (“the American”) is also at work in quiet ways.  He has come on board to destroy the aircraft, a proud symbol of Nazi Germany.  The Journalist is suspicious, determined to find out what he’s up to.  Secrets abound on board the Hindenburg in Lawhon’s telling, but none of them stretch your belief so far as to seem ridiculous.  Rather, a series of all-too-human dramas play out while the fiery end draws near.

One of the pleasures of this book is learning what it must have been like to travel by Zeppelin.  Luxury Airship travel included white tablecloth dinners, lounges, help with your hair and children if needed, and what we would now consider a hardship: only one shower room on board, to be shared by all 97 passengers and crew!  Lawhon is particularly skillful in describing how the Zeppelin worked and what it looked like, as when the American observes:

“It is like taking a tour through the skeletal system of an automaton.  The subtle creaking of welded joints is audible here in the absence of walls and doors and ceilings.  But most amazing to the American is the skin of the airship itself.  While the outside of the Hindenburg is a dazzling silver, the inside had been coated in a deep Crimson thermite paint, giving lift to the feeling that they are indeed traipsing through the belly of a sentient beast.”

Don’t give up on this novel if the first 20 pages don’t pull you in hard.  Lawhon brings to life a large cast of characters in a complicated plot; the story moves along with urgency once it gets going; and the ending holds both hope and terror.  I applaud her for avoiding melodrama as she imagines a story that could have easily slid into that territory.

Here’s Lawhon on the book: 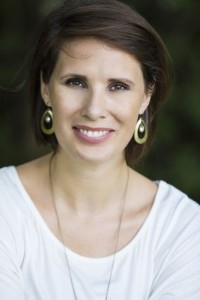 “Some of the events, conversations, meals, and rivalries described in this book really happened.  But most of them, to the best of my knowledge, did not.  Having done my research and committed to writing about the real people on board, there came a point when I had to tell my own story.  My version of the events.  What I believe could have happened, not necessarily what did happen.  Because none of us will ever truly know what occurred on board or why the Hindenburg exploded.  And believe me, people have tried to find these answers for almost eighty years.  Theories abound – I did my best to give a nod to each of them – but facts are hard to come by.  It was this mystery that drew me to the story in the first place.  The fact that we do not know what happened.  The fact that we will never know.  I built this story within those blank, unknown spaces.”

“They said it was an uneventful flight,” she writes.  “…But here’s the problem:  I don’t believe them.  Ninety-seven people traveled on a floating luxury hotel for three days over the Atlantic Ocean.  The events that took place on board might not have been explosive – at least not until the end – but I doubt they were uneventful.  I’ve taken enough transatlantic flights to know you can’t place that many people in such a small space for any length of time and not have tension brewing beneath the surface.  But if you’re going to call bullshit on historical events, you’d best have a good theory to offer as an alternative.  This novel is my attempt at a theory.  It is the result of my short-term love affair with that spectacular moment in history.  I hope that you will humor me.  And I hope you enjoy the ride.”

The smart and lovely Ariel Lawhon lives in the rolling hills outside Nashville.  She is the author of a well-received debut novel, The Wife, The Maid, and The Mistress, and founder of the popular blog SheReads.  She also manages four young sons (and a dog) with the help of her husband.  I hope to see you at Parnassus tonight at 6:30 to hear from her!