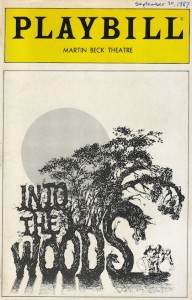 The Witch’s lament from “Into the Woods” haunts me.  “Children can only grow from something you love into something you lose,” she mourns, after her beloved Rapunzel escapes the tower.  It is part of Sondheim’s genius that your heart is breaking with her.

Today, regular Bacon contributor Matt Osborne reflects on children growing up – and the parent he has tried to be.

The clock moves only the one way.

My latest reminder that life grows shorter each day is the imminent departure for college of our older daughter.  This has caused me to reflect of late on what kind of parent I have been these past eighteen years.

My wife, Mary Beth, is a natural parent.  She has the caring, the resilience, the firmness, and the fearlessness, and an inexhaustible capacity to forgive.  Me, not so much, and I knew that very early in the game. 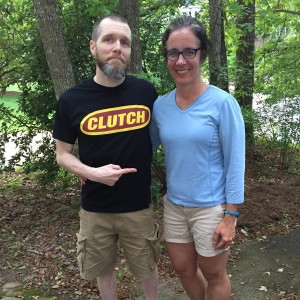 My parenting style, such as it is, is based on two books that I read in 1999, a year which fell between the birth of our first daughter in late 1997 and our second daughter in early 2001.

The first of my first parenting manuals is The Real Frank Zappa Book.  Frank is, of course, our greatest American composer, and was among the sharpest of American intellects.  His death in 1993 was a loss from which American art and thought will never recover.  I long have believed NASA should put Charlie Chaplin films and Frank Zappa music in its space probes so that the aliens will think we all are geniuses down here. 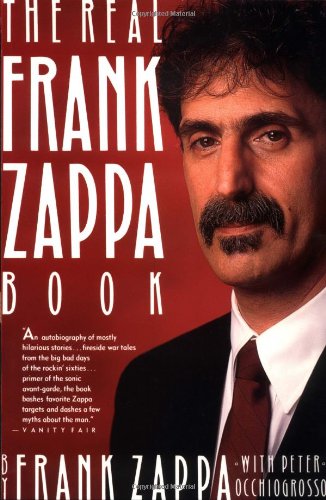 Frank’s book, as expected, is loaded with insight, and should be read in all and by all, but my focus in 1999 was on the section, “How to Raise Unbelievable Children.”  Frank offered the following principles, by which I have tried (not always successfully, of course) to abide:

– “[A] child is a person.  Just because they happen to be a little shorter than you doesn’t mean they are dumber than you.”

– “To the extent that it is practical, [my wife, Gail, and I] share with [our kids] our personal philosophies, and attempt to impart to them what we like and what we don’t like – so that we at least have some basis for understanding each other – but, in the final analysis, we realize that they are ‘organisms unto themselves.”

– “If there is a difference of opinion between me and [my son] Ahmet, for example, about something he wants to do, if he can give me a good logical reason why he’s right and I’m wrong, I’ll let him do it.”

– “As far as their ‘cultural education’ is concerned – films and books and so on – I make suggestions, but I’m not the kind of Dad to sit there and badger them until they ‘experience the splendor’ of something that only I might find interesting.”

– “We have made sure that they acquired all the basis skills – like being able to read and write, knowing how to do arithmetic, and having some basic knowledge of science – and also some manners.  After that, they’re encouraged to make it up as they go along.”

The second book I read during this period was Wild Child: Girlhoods in the Counterculture, edited by Chelsea Cain before she became a bestselling author.  I initially was drawn to it because Frank’s daughter, Moon Zappa, wrote the forward, but I also liked the idea, already raising a girl at the time, of hearing what women my age had to say about being raised by counterculture parents.  My parents, and the parents of most of my friends, tended toward the old school “veal approach” to child-rearing – i.e., chaining the kid in a crate until he is eighteen.  So, I was curious about the opposite end of the spectrum. 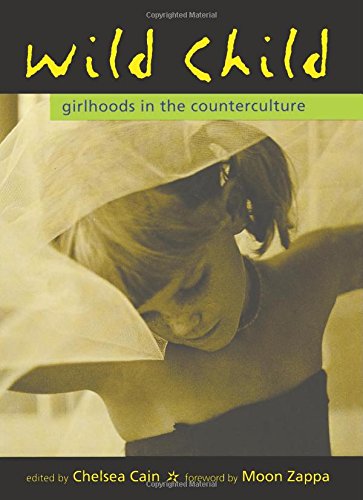 Wild Child contains Moon’s foreword, Chelsea Cain’s introduction, and then fourteen entries, written in a variety of styles (memoir, reflection, verse, and letter), by women who as children were “given nouns instead of names,” “never instructed in the art of personal hygiene,” and “raised with no boundaries.”

Moon’s piece is the funniest (“When I had to leave the house and go to a place where people might be wearing clothes, my mother let me wear my frilly coocaracha underwear on my head”), and the other contributions are by turns grateful, wistful, sad, disturbing, skeptical, cynical, and nostalgic.  There definitely is a lot there for the sociologists among the Bacon faithful (“The 1970s saw more than one woman look up the bread she was baking to realize that she was, despite her progressive politics and lack of makeup, still in the f___ing kitchen”), and while a few of the authors (including Moon) stress that their parents were not true hippies, there still is plenty of Phish/Grateful Dead Handbook material either to inspire you or prompt you to roll your eyes depending on how many live versions of “China Cat Sunflower” you own.

Again, though, I was reading it with an eye toward what it could teach me about what to do (or not do) with my kids, and one thing that struck me was the retrospective desire of certain of the authors for structure.  Moon had this to say in her foreword:

At my house there were no rules, so there was nothing to rebel against.  I hated it.

It always left me with an awful floating feeling… of too much space, of too many choices… I craved rituals and rules like my friends had.  I prayed for curfews and strictly enforced dinner times.  Uniforms and organized events and people with goals amazed me….

As a child I was given free rein; now I am only employable as an empress of the universe….

Elizabeth She, in her stark piece, “Free Love Ain’t,” describes this feeling succinctly as follows: “Yeah, we were free… But not free to say no.”  She goes on to explain that, “After a while, in self-defense, I lied to my friends about curfews (that I had one) and restrictions (that I had some).  I wanted limits before I got eaten up.  But by then it was too late.”  Carin Clevidence, in her reminiscence “Seeing Belize,” explained that as a child, this sort of freedom “was a world too raw, too strong for me.”

Certainly, though, there were significant aspects of their non-mainstream upbringing for which many of the authors were grateful (“There is a glimmer of peace inside me that comes from growing up in that place,” writes Zoe Eakle).  Perhaps, then, the ideal metaphor is Carin Clevidence’s description of the sensation of spending her Belize nights in a hammock:  “I loved the feeling of being suspended and at the same time held tight.”

With this in mind, I decided that for my part of the parenting effort, I would try to find a balance by generally (in Frank’s words) encouraging the kids to make it up while they go along, but also setting a few rules.  Those rules?  Here they are:

– Be a punk in a good way (like Joe Strummer, or Mike Ness, or Bob Mould, or Henry Rollins, or Mia Zapata), but not in a bad way (like most any Duke men’s basketball player of the past 35 years).
– Generally let us know where you are going to be.

– Be nice to your mother.
– Think for yourself.
– Pull for the Saints. (I realize that this last rule may be contrary to the immediately preceding rule, but the Saints are nonnegotiable.)

Did it work?  Like most parents, I would suspect, I am not sure how much good I have really done.

I cannot recall one instance since the girls learned to talk that they have asked me for advice.  Not one.  This is not hyperbole – in our house, there are none of those talks on the edge of the bed like one sees with fathers on television.  The kids seem to have little or no interest in the arts (they are all about streaming television seasons on Netflix).  Their musical taste is atrocious (they listen to a sort of diluted, auto-tuned “pop rap” – Public Enemy it ain’t).  I have seen their mother cry in exasperation.  And they have, at times, been punks in the bad way.

I also am not blameless.  I don’t always follow my own rules – I, too, am occasionally the bad kind of punk.  I suppose it doesn’t engender confidence in whatever advice I would give for the kids to see me on all fours in the workout room pounding the floor and banging my head to the new Old Man Gloom live album.  (It is awesome, though.)

Yet, the girls faithfully pull for the Saints, which on most Sundays of late is not an easy thing to do.  Our younger daughter has a chronic, serious health condition, and she manages it largely on her own like a champ.  Our older daughter has traveled the country and the world with her jump rope team, and we have done little more than write checks and drive her to the airport.  (With a compass, a canteen, and a knife, I think the kids on her team could take over a small country in a week.)  She recently applied to colleges, and handled the entire process on her own – I never laid eyes on any of her submitted materials – and it worked out well for her.

So, yeah, while I would not necessarily recommend parenthood as a lifestyle choice (unless you like the idea of exhausting your energy, time, and savings on people who later will tell their therapist that you ruined their lives), our two girls have turned out alright so far.  They think for themselves, and act for themselves, and I am grateful for that. 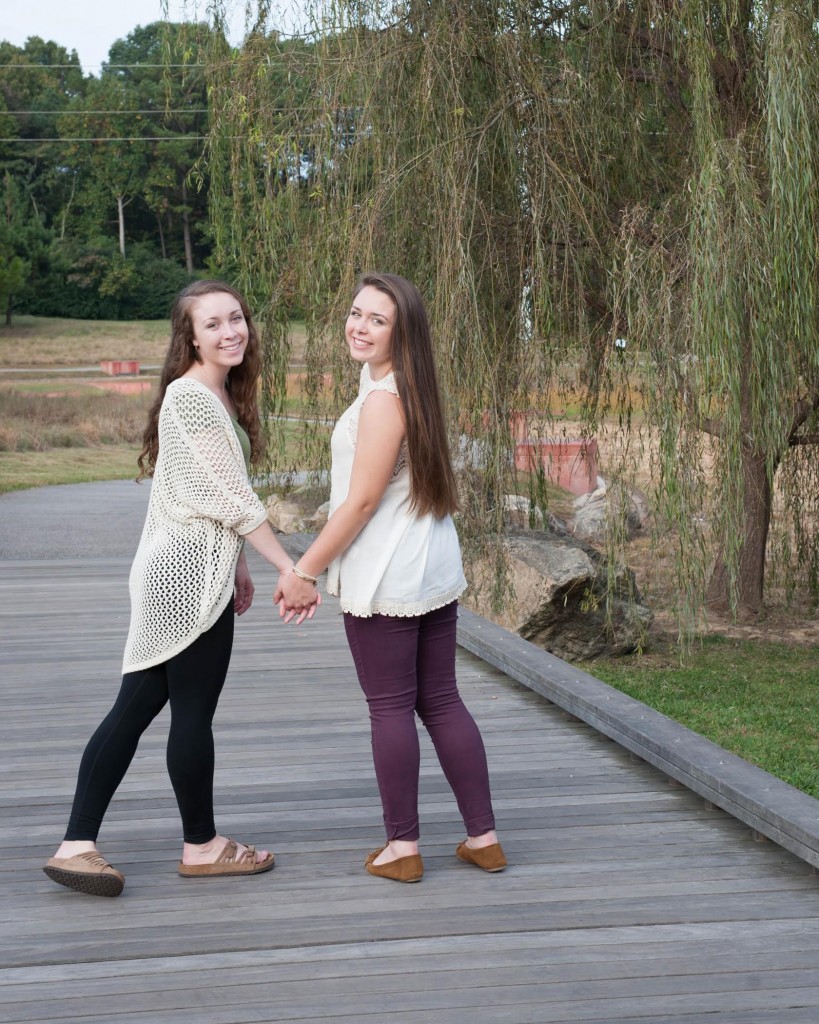 On balance (and I am assuming I am not the first to make this comparison), I would say parenting is a lot like baseball.  You take your practice cuts in the batting cage, and you try to remain focused at the plate, but even on your best days you are going to hit into a double-play, and the task is so difficult that going one-for-three over the long run makes you an all-star.

We have parents in our circle of acquaintances who have had to endure arrests, eating disorders, substance addiction, and even death with their children.  And these are good people who are involved and doing their best.  Sometimes, I think parenting is just chance.  But there may be things you can do to shade chance in your favor, like finding a spouse who can go a solid one-for-three at the plate (my wife), and taking the occasional nap.

The right books help, too.  Bacon readers:  any that you’ve loved along the way?

Matt, thank you for sharing your finds!  They are inspired – and inspiring.