Regular Bacon contributor Martha Ivester has singlehandedly brought traffic to a standstill all over town.  We love her anyhow!  She’s 9 months into her new job tearing up streets to build out Google Fiber in Nashville (as City Manager for Google).  She’s also an immigrant, born and raised in Canada.  She moved to the United States from Hong Kong in her 30s and became a citizen in 2004.  Today, she writes about Ru, by Kim Thuy, a novel about an immigrant family that won a major literary award in Canada last year. 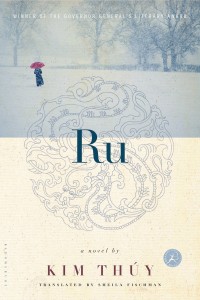 I always overpack on books when I travel.  I have visions of being curled up by a fire or on a beach or in an airport, tearing through page after page.  I’m always wrong.  If I am lucky I get through one book a trip.  I grabbed Ru off the stack beside my bed because at only 141 pages, I figured there was no way I wasn’t going to finish it.

One of the advantages of having relatives in another country is that you get exposed to different libraries.  Ru won the Governor General of Canada’s Literary Award and was longlisted for “Canada Reads” (an annual “battle of the books”) last year.  It has a very personal connection for me.

Ru tells the story of Nguyen An Tinh, who fled a privileged life Vietnam at age 10 during the “boat people” crisis of the late 1970s.  Through a series of vignettes, it traces her journey as she and her family escape the Chinese invasion of Vietnam to a refugee camp in Malaysia to Montreal, Quebec, and back to Vietnam when she returns as a mother and author.  The novel closely parallels the author Kim Thuy’s own journey.  The snippets slowly patch together a story that is both tragic and hopeful.  The narrative is not perfectly clear… reading the book is like weaving together flare-ups of memory in random order.  The memories are described so beautifully it is more like reading poetry. 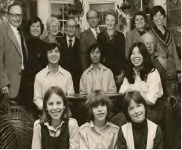 When I was 12 years old, my family sponsored a family who escaped from Vietnam during the refugee crisis and helped them settle into life in London, Canada.  Chau (the oldest brother) had been a senior engineer in Vietnam, Seong (middle sister) a university guidance counselor, and Thanh (youngest brother) a middle schooler.  They left behind their parents and sister.  In Canada, they found jobs doing hourly work on a factory line and piecework sewing.  The two older siblings eventually found more satisfying work, but nothing to parallel their training or ability.  Thanh was awarded an engineering scholarship to the University of Waterloo, went on to start a family of his own and brought his parents and sister over a decade later.  I remember learning how to cook Vietnamese spring rolls with Seong, celebrating their first “Christmas” and my first lunar new year. 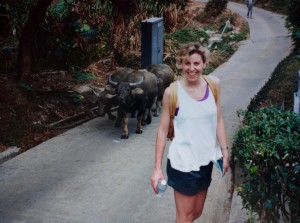 Thanks to the Ma family, I developed a fascination with Asia and moved to Hong Kong after grad school.  I traveled to Vietnam in 1994 and again over the next four years as the country experienced rapid economic development.  Reading Ru allowed me to relive the Ma family’s journey without the naïve filter of my youth.

Nguyen recalls stories of a magical childhood surrounded by strong women and lavish uncles.  Her relatives are important politicians, scientists and business owners.  Beginning in 1978, hundreds of thousands of Vietnamese risked their lives to escape the war via boat, and settled throughout Europe, Australia and North America.  Some estimates put the total number of “boat people” at over 800,000, with an estimated 200,000 or more falling victim to pirates or drowning.  Nguyen’s family sewed gold into shirt collars, hid diamonds in costume jewelry and stole away in the night.  After many long nights at sea, she recalls hitting land and being saved by an Asian man in shorts running on the beach, “that man running in the water, arms waving, fist punching the air with an urgent cry that the wind didn’t carry to me.”  Their boat is soon destroyed by crashing waves, taking with it one man who ventured back into the ocean to retrieve gold he had hidden by the fuel tank.  “He never came back,” Thuy writes.  “Perhaps [it] was too heavy to carry.  Or else the current swallowed him as punishment for looking back, or to remind us that we must never regret what we’ve left behind.”

No regret is a consistent theme throughout Ru, as it is for many immigrants who endure horror and hardship.  Nguyen’s family fights starvation and disease in a wretched Malaysian refugee camp, then find themselves in Quebec in the deep of winter.  The scientists and politicians find work as custodians, seamstresses and dishwashers.  “[My father] was preparing to become a delivery man just as seriously, just as enthusiastically, as he’d studied French literature at the Sorbonne… For us, they didn’t see the blackboards they wiped clean, the school toilets they scrubbed, the imperial rolls they delivered.  They saw only what lay ahead.” 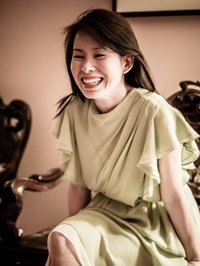 Memories of sounds weave throughout the novel, and ultimately music helps Nguyen discover her voice.  Nguyen recalls meeting her teacher for the first time: “I was lulled by a cloud of coolness, or lightness, of sweet perfume.  I hadn’t understood a word she’d said, only the melody of her voice, but it was enough.”  Later, she finds a mentor in her music teacher, Jeanne:  “She spoke to us – her nine Vietnamese students at the Sainte-Famille elementary school – with music, her fingers, her shoulders.  It was thanks to Jeanne that I learned how to free my voice from the folds of my body so it could touch my lips.”

Ru is a magical book, and timely, given the current debate over immigration and the Syrian refugee crisis.  In the late 1970s, Canada welcomed over 100,000 Vietnamese refugees.  Fast forward almost 40 years and Canada’s 36 million population has committed to welcoming 50,000 Syrian refugees .

Ru is a poetic story of one immigrant.  And great food for thought.

Martha read Ru while in Colorado with her husband and kids over Spring Break.  It had been about 15 years since she had last been on a snowboard, and she discovered three things.  In her words:

1. When it all works, snowboarding is still awesome.
2. It is hard to keep up with a 7 year old on skis when you are on a snowboard.
3. You can’t stand and chitchat on a snowboard.  You have to sit down to take a break.  Once you are down, you eventually have to get up.  Getting up is hard to do. 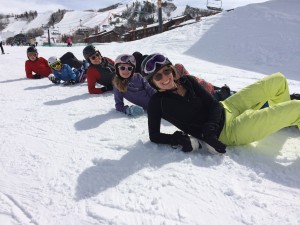 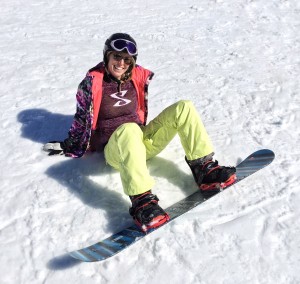