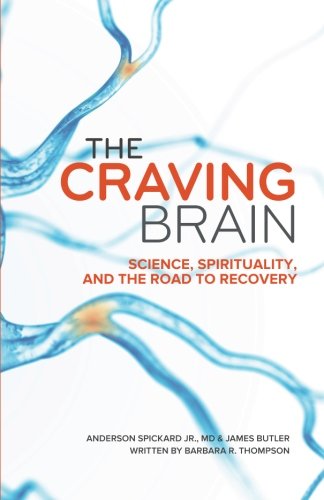 It is no small thing to write a book that is the culmination of your life’s work.  That’s what my neighbor Andy Spickard has done, and I’m incredibly happy to share it with you today – The Craving Brain: Science, Spirituality, and The Road to Recovery.  Who is this book for?  It’s for you, if you’ve ever thought you might be drinking too much.  It’s for your best friend, if you think she needs to hear it.  It’s for every parent of a teenager, to remind us how high the stakes are.

Written with James Butler and Barbara Thompson, The Craving Brain moves along on parallel tracks.  On the first, Dr. Spickard recounts what he has learned about addiction and recovery over a 40-year medical career.  In separate sections, James Butler tells the brutal yet ultimately hopeful story of his journey through alcoholism and cocaine abuse to recovery.

I love that this book is very practical, personal, and persuasive, with opinions about both addiction and recovery, and yet the spirit of the book – throughout – is one of humility.

It begins at the beginning, with how and why heavy drinking (or drug use) can begin, the difference between abuse and addiction, and denial.  It moves into intervention and pathways to sobriety, including twelve step programs, and finishes with preventing relapse.  The chapters are short and direct.

One of the greatest strengths of this science-based book is that it allows room for the mysteries of the human heart.  Why is it that some people become abusive drinkers and drug users while others in similar circumstances do not?  We simply don’t know.  It is a myth, Dr. Spickard writes, that there is a gene or personality type that can explain it.  More importantly, it is also a myth that “just trying harder” is the way to conquer addiction.  “Trying harder seldom works,” he observes.  It is – instead – a deep acceptance of the power of the addiction – and one’s own powerlessness in the face of it – that must come first.

He gives the example of a fellow doctor, “David.”  After months of denial, even in rehab, the moment came when David was confronted by a young nurse who bluntly told him that he was going to die unless he could accept that that he was just like everyone else – an addict in need of help:

“For whatever reason, at that moment, I understood that I was dying of a delusion,” David told me later.  “My sense of entitlement and specialness disappeared, and I finally recognized that I was addicted to alcohol and Valium.”

This breakthrough moment was the beginning of David’s sobriety.  Virtually every recovering individual I have ever known has a similar story to tell.  Whether they are doctors or teachers or city workers or homeless men in the shelter where I work, they take their first step toward recovery with an admission of powerlessness.

How or why anyone makes this psychological shift is something of a mystery.” 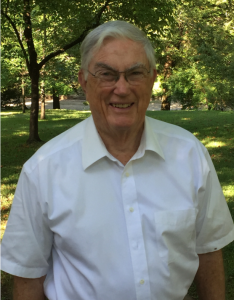 Dr. Spickard outlines ways to give addicts a fighting chance to make this shift.  He recognizes the important role that spirituality can play without insisting that it is the only way for addicts to recover.

This book belongs beside the Gideon Bible in the hotel nightstand, offering its message of hope and love.  I’m glad it’s been on mine.

Dr. Anderson Spickard, Jr. is a nationally recognized expert in the field of substance abuse and addiction.  He practiced medicine and taught at Vanderbilt Medical School for over forty years and was awarded the Chancellor’s Chair in Medicine.  Dr. Spickard was the first national director of Fighting Back, a community-based addiction prevention program.  He currently works with homeless men in a residential treatment program and is the coauthor of Dying for a Drink: What You and Your Family Should Know about Alcoholism (1985; 2005) and Stay with Me: Stories of a Black Bag Doctor (2012).

James Butler is a recovering addict with extensive experience working with men in the early stages of recovery as well as helping individuals of all ages who are at risk for addiction.  He is a former sports talk show host with a degree in engineering and an MA in leadership.  He is currently director of operations for a nonprofit and serves as a conference coordinator for a men’s organization.

Barbara R. Thompson is an award-winning writer, editor, and writing coach with a focus on social issues, memoirs, life journeys, and spiritual reflections.  She is a recipient of the Christopher Award and coauthor with Dr. Spickard of Dying for a Drink.  She has cofounded schools for child survivors of war and is the executive director of Solutions for Interrupted Education, a nonprofit documenting the educational crisis facing children in war and proposing best practices for educators and volunteers. 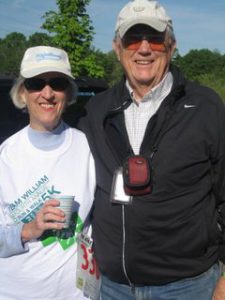 Sue and Andy, my dear neighbors