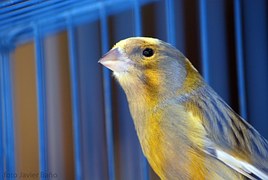 I’m in Delaware, where it’s in the 50s and raining.  That being said, it’s a very pleasant 72 in my room at the Hampton Inn, newly remodeled.  I’m here for a little while so I bought some lilies and a cheap vase at the grocery store.  Their fragrance doesn’t stand a chance against the chemicals they use to clean this place, but I don’t really mind.  There’s nowhere I’d rather be than my clean little room as the rain drizzles and pours.

That’s my hymn for today.  What’s yours?

Here’s one from Billy Collins, former poet laureate of the United States, writing on another kind of spring day…

If ever there were a spring day so perfect,

so uplifted by a warm intermittent breeze

that it made you want to throw

open all the windows in the house

and unlatch the door to the canary’s cage,

indeed, rip the little door from its jamb,

a day when the cool brick paths

and the garden bursting with peonies

seemed so etched in sunlight

a hammer to the glass paperweight

on the living room end table,

from their snow-covered cottage

so they could walk out,

into this larger dome of blue and white,

well, today is just that kind of day.

You can find Today and other poems at poetryfoundation.org.