LA, you’ve got nothing on Nashville!

Well, there’s the year-round sunshine.  Hollywood.  The Pacific Ocean.  And the books you’ve inspired.  I’m forced to concede you might have a few things.

Today, Matt Osborne and I feature three books set in Los Angeles (I’m covering the appetizers, he’s got the main course).   As summer approaches, you might go west – if only in your mind. 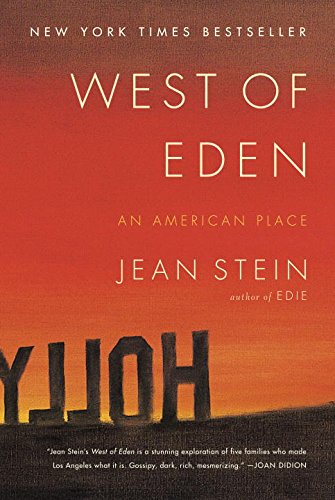 In West of Eden, Jean Stein tells a partial, fractured, glorious history of Los Angeles through the stories of five families with big dreams who made good and suffered deeply. She focuses on one individual in each family:  Edward Doheny, oil magnate involved in the “Teapot Dome” scandal; Jack Warner, co-founder of Warner Brothers; Jane Garland, schizophrenic daughter of an aspiring actress; Jennifer Jones, major starlet; and Jules Stein, Jean’s own father, an eye doctor from Indiana who transformed how Hollywood does business by creating the MCA agency.  Stein has interviewed many people close to her subjects and presents a kind of collage, an oral history, that illuminates the many different versions of the truth that can be told about any one person.  Throughout, there are stories of wealth and despair, ambitions fulfilled, parties, love affairs, and relationships damaged beyond repair.  Diamonds shimmer – and tears fall. 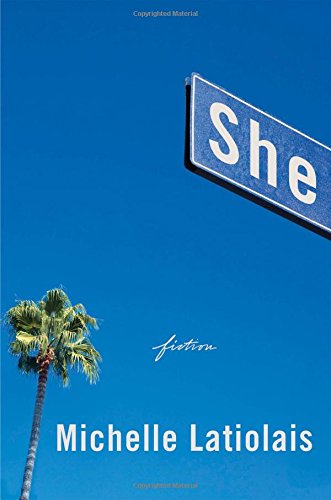 “A true Los Angeles novel should be filled with dreamers and eccentrics,” writes Sam Sacks, book critic at the Wall Street Journal.  “It should be a story of self-invention and heartbreak in bright sunshine.”  Michelle Latiolais’ new novel She fits the bill, he says.  An unnamed teenager runs away to the city to escape her abusive father, bringing with her $100, a good pair of sneakers, and the desire to become “someone new, someone unrecognizable to anyone she had ever known, someone knowable only to those she was about to meet.”  Latiolais follows the girl over the course of her first day in the city, from the bus station to Santa Monica boutiques and points in between.   “Ms. Latiolais prefers vagueness to resolution.  What unites the characters is an openness to the workings of serendipity and a yearning for transformation,” writes Sacks.  It sounds like this book may have “that special kind of sadness, a tragic set of charms, that only comes from time spent in Los Angeles, makes me want to wrap you in my arms” (Dawes).

Summer used to be for reading. 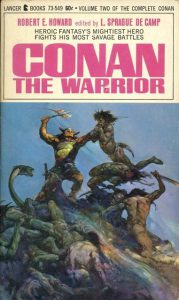 I can recall one summer reading the entire Conan series (I had to make do with the L. Sprague de Camp edited versions because Robert E. Howard’s stories had yet to be collected in their original form, but those old Lancer/Ace paperbacks had those kick-ass Frank Frazetta cover paintings).  I remember another summer rolling through the entire James Bond series.

These days, though, the nature of my job does not allow for a summer vacation (and hasn’t for the past twenty years or so), so I usually take my leave time in December.

In even-numbered years, our state General Assembly does not return until late spring, so I occasionally can spend some time away from the office in the early months of the year.  This year, I spent that time in 1920s Hollywood, courtesy of William J. Mann’s Tinseltown: Murder, Morphine, and Madness at the Dawn of Hollywood.  I would encourage you to do the same. 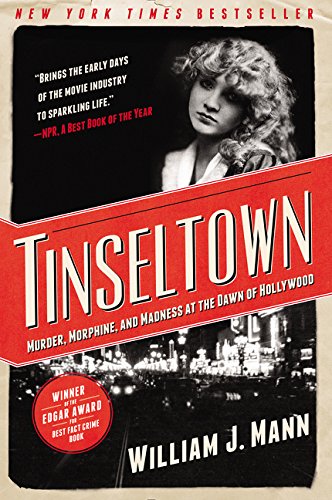 Let’s be honest, if you need a good vacation read, you don’t need to stop at the “Books for the Beach” table in Barnes and Noble.  You already know the story of the confused young girl, fresh from a broken engagement, who decides to spend the summer with her eccentric unmarried aunt at the shore, and who meets the young man with the mysterious background about whom all the townsfolk are murmuring. If the cover has sand dunes and beach grass on it, just leave it be.

Instead, read the story that maybe you don’t know (I didn’t know it, and I spend an inordinate amount of time watching TCM) of the February 1922 murder of film director William Desmond Taylor, which Mann details in Tinseltown.

Mann’s book, which won the Edgar Award for Best Fact Crime Book of 2015, places Taylor’s death within the larger context of the nascent film industry as it begins to flower in Los Angeles. Mann focuses on six main players, telling their stories via alternating chapters:

– cinema mogul (the word truly was made for him) Adolph Zukor;

– newly crowned president of the Motion Picture Producers and Distributors of America, Will H. Hays; and

The book has everything to keep the pages turning – money, power, sex, scandal, drugs, alcohol (in the time of Prohibition), illicit (for the time) love, and murder.  No one is who they say they are (except for perhaps Mabel), and there are any number of suspects – an aggrieved drug dealer? a serial blackmailer? a desperate unrequited lover? a bitter stage mother? a treacherous former valet?  It reads like a Raymond Chandler novel (although the time of its events predates the publication of The Big Sleep by 17 years).

You will read about Zukor’s appetite for industry dominance, and the lengths to which he went to insulate his empire from government regulators and moral reformers.  You will learn about Mabel’s struggles with drugs and alcohol (some things don’t change), and her attempt to find her place in the world after her co-star Arbuckle is banned and her confidante Taylor is murdered.  You will see the depths to which Gibby will fall in an attempt to resurrect an acting career derailed by scandal, and the murderous events she may have set (intentionally or unintentionally) in motion.  You will follow Mary’s bid for stardom and her quest for Taylor’s affection, and the role her mother played in both.  You will track Hays from the Harding administration to the Zukor administration, and experience his attempts to wrestle some measure of independence from the latter.  And you will ride with King as he tries, in the face of an obstructionist DA and an industry bent on protecting its public image, to identify Taylor’s killer.

Interestingly, the person about whom the reader knows the least at the end of the story is Taylor himself, likely because the studio spirited away his private papers from the crime scene, and because Taylor himself took pains to obscure his past and even his present.  And as for who killed Taylor?  Mann posits a theory, which may be a little too Raymond Chandler in tying together the loose strands, but Mann certainly has marshaled his evidence (maybe too much evidence, as the book runs a little long), and he has provided a pretty great ride getting there.

So, come on, take a train out to 1922 Hollywood.  Flout prohibition with Mabel.  See one of Zukor’s silent features, maybe starring Mary.  Read the Hearst media machine coverage of the Taylor murder and the Arbuckle trial.  Have a steak at the Pacific Dining car, and ask yourself if that man or woman at the next table is a killer.  Then take an evening stroll, and wonder what secrets lie behind the leafage and the walls and the laughter in those Hollywood Hills bungalows.

I think you’ll dig it.

For more from Matt Osborne, check out his last guest post here (“Art is Honesty”).