Today’s guest contributor, Sara Bhatia, lives in the whirling vortex of Washington, D.C., but she keeps a remarkably steady spirit and intellect.  Lately, she’s enjoyed volunteering at the Newseum, one of Washington’s most popular museums, which focuses on the First Amendment and journalism.  “In this crazy election year, both the mission and exhibits feel so relevant,” Sara remarks.   She actually likes the schoolkids and tourists!  (Which I suppose is why she volunteers there.)  “They are engaged and curious and great fun to teach,” she says.   I think she’s got a lot of patience.

Today, Sara shares her thoughts on a recent great read, Adam Grant’s Originals:  How Non-Conformists Move the World.  Sara kindly gives a fiction junkie like myself all the main points, so I can feel like I’ve practically read it.

I’ve been thinking a lot about creativity lately.  I inhaled Elizabeth Gilbert’s Big Magic and her podcasts on embracing curiosity and nurturing inspiration.  I gravitate towards biographies of trailblazers like Ruth Bader Ginsburg, Steve Jobs, Eleanor Roosevelt, and Benjamin Franklin.  And my kids and I have been binge watching a terrific original series on Netflix, “Chef’s Table,” which profiles world class chefs who have revolutionized thinking about food.  Creativity truly comes in delightfully varied forms.

In this spirit, I was lucky to stumble upon Adam Grant’s new book, Originals: How Non-Conformists Move the World, which laces together compelling stories about creative, out-of-the-box thinkers from the disparate worlds of politics, entertainment, sports, technology, and business, and interweaves them with current social science research to consider how fresh ideas can shake up the world. 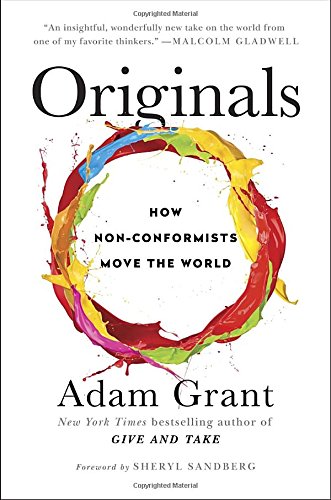 Originals is written for a general audience, and Grant conceives of creativity – what he terms “originality” – in broad strokes, in terms of fresh ideas and a willingness to take measured risks.  Grant asks the question, how can we harness our own creativity to make our visions a reality?  As a corollary, he asks what makes successful trailblazers so successful?

Grant is a fabulously popular professor at Penn’s Wharton School of Business, and he approaches his subject from the perspective of business management and organizational psychology.  These are not subjects that would normally interest me – indeed, such books reside in a section of Barnes & Noble where I never, ever venture – and yet I found the book fascinating.

Among Grant’s many insights:

The best way to be truly original is to generate lots and lots of ideas – the challenge in true creativity is not coming up with new ideas, Grant argues, but sifting through numerous ideas to find the best ones.  To create a handful of timeless masterpieces, Mozart composed more than 600 pieces of music; Picasso created more than 1,800 paintings and 2,800 sculptures; and Edison had over a thousand patents in addition to the game-changing light bulb and the phonograph.

The benefits of strategic and deliberate procrastination – Yes, procrastination.  Engaging in “divergent thinking” can stimulate creative and original solutions to problems, and ultimately leads to greater flexibility and versatility.  Leonardo Da Vinci spent 15 years perfecting his design and drawings for “The Last Supper” while he worked on a variety of other projects, in fields ranging from math to botany.  But he understood the value of slow work, noting, “genius sometimes accomplishes most when they work the least, for they are thinking out inventions and forming in their minds the perfect idea.”

Pioneers vs. settlers – Most people believe there’s a big first-mover advantage, but there’s actually a far, far higher failure rate for companies that are first in a new field (47% failure rate) vs. late-comers (only 8% failure rate).  For example, the cutting-edge online eyeglasses retailer Warby Parker wasn’t first to sell glasses online, but benefitted by waiting to launch until web retailers like Blue Nile and Zappos had established the consumer habit of online apparel shopping.

The hazards of intuition – Being a successful innovator in one area doesn’t necessary translate to another field.  Steve Jobs bet a fortune as an early investor in the Segway, which Time magazine later called one of the ten biggest technology flops of the decade.  Great intuition in one field doesn’t necessarily relate to another.

The benefit of a combination of broad and deep experience – it turns out that a combo of breadth and depth is ideal – the specialization born of deep experience can lead to workable original ideas, and breadth of interests creates an openness to intellectual, aesthetic, and emotional pursuits.  A study comparing Nobel prize-winning scientists with typical non-Nobel scientists showed that the prize-winning scientists were dramatically more likely to dabble in performing or creative arts than their peers.  They were 7.5 times more likely to do creative crafts like woodworking and glassblowing, and an astonishingly 22 times more likely to perform as amateur actors, dancers, or magicians.

True novelty can be a tough sell – It’s often helpful to re-frame new ideas in more palatable and familiar forms. Grant tells the story of the pitch meeting for The Lion King, which was to be Disney’s first animated film based on an original concept.  After multiple discarded scripts and stalemates with skeptical studio execs, the breakthrough moment came when a producer described the film as “Hamlet with lions.”  Aha! What seemed strange and new was suddenly comfortingly familiar.

The book is crammed with similar observations and wide ranging examples from diverse fields.  The case studies make the book sing – it’s the kind of book that makes you want to read aloud whole sections to friends and family.  My own baseball playing teens were fascinated to hear that a study of 400 professional baseball playing brothers showed that the younger brother was more than ten times more likely than his older sibling to attempt to steal a base (definitely true in my family!).   Laterborn siblings are more likely to participate in sports with high injury rates, like football, rugby, and ice hockey, while firstborns preferred safer sports like baseball, golf, tennis, and crew (also true for the Bhatia boys).  Birth order is highly predictive of risk taking.

Adam Grant is a writer in the mold of some of my favorite non-fiction authors, like Malcolm Gladwell (Blink, Outliers, and David & Goliath), or Steve Levitt & Stephen Dunbar (Freakonomics).  These writers’ brilliance – their originality, to use Grant’s phrase – lies in their ability to take commonly held assumptions and turn them upside down, using social science research to make an argument.  Like Gladwell and Levitt & Dunbar, Grant’s writing is so good, the research so thorough and the argument so clever, you find yourself drawn into a discussion you didn’t know you cared about.

Originals gives the reader a vocabulary and set of organizing principles to think about the world.  Grant teaches in a business school, but his intended readership is much broader.  I’ve got the 2016 presidential election on the brain, and I read Originals with that loopy soundtrack playing in the background.  So when I read Grant’s section on “horizontal hostility” – the phenomenon of similar organizations with similar goals attacking one another with far greater fervor than their ideological opposition – the image that popped to mind for me was Bernie Sanders and his vituperative attacks on Hillary Clinton (Grant’s example involves the 19th century women’s suffrage movement which nearly destroyed itself with infighting). 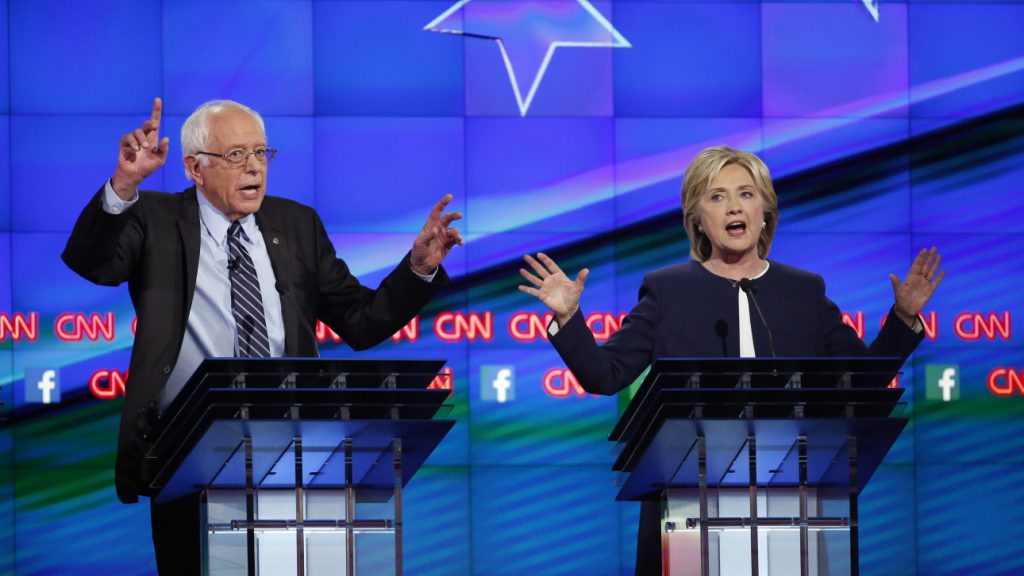 Likewise, Grant uses Polaroid’s failure to adapt to the inevitable advent of digital photography as his entry point to talking about “groupthink” (when people “feel pressured to conform to the dominant default views rather than championing diversity of thought”).  I read this section and thought about Hillary and her email server, and the dozens of State department staffers who should have anticipated the scandal.

I think Grant would be delighted to hear of my free associations.  A key part of of Grant’s argument is that originals aren’t so different from the rest of us, and that we can incorporate aspects of non-conformists’ personalities to achieve success and originality in our own work, whether that’s at a plucky Silicon Valley start-up, the military, a stodgy Fortune 500 company, or the elementary school PTA.  He includes a final chapter of next steps, for how to think about one’s own originality, and to nurture inspiration.  For me, that was the least appealing aspect of the book – I really enjoyed the compilation of social science research and the case studies, but the list of next steps felt like a self help primer.  My take away was not that we can all be original, but rather that originality comes in so many fascinating and varied forms.  And that, in and of itself, is inspiring.

For an introductory bio and Sara’s latest post, on Notorious RBG: The Life and Times of Ruth Bader Ginsburg, click here.

Image of Bernie and Hillary from reddit.com.