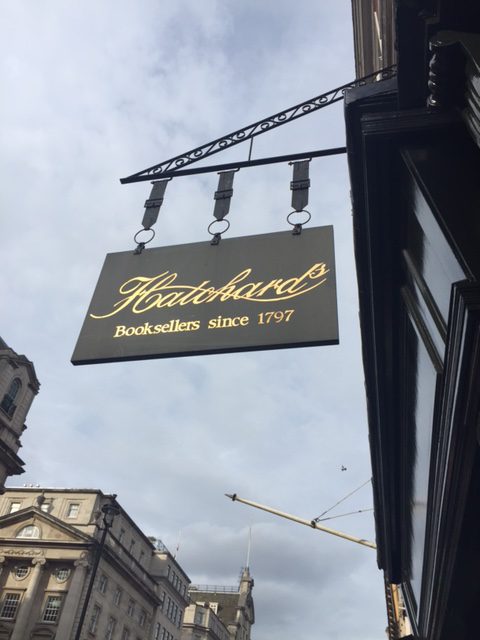 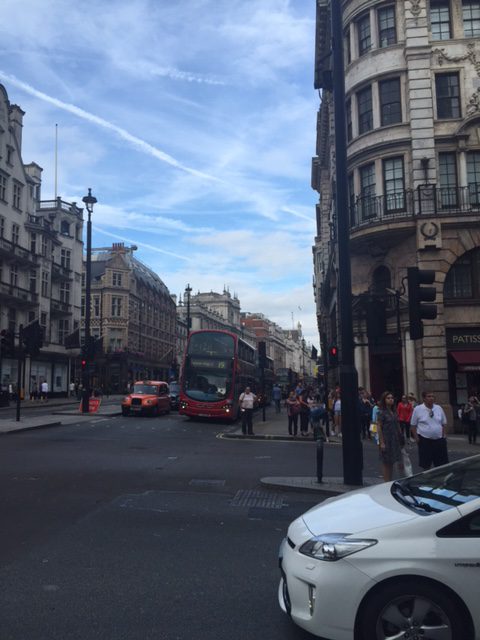 “As we approach our 220th anniversary we recognise that the hustle and bustle of modern life leaves many of our customers longing for a chance to escape into the pages of a great masterpiece.  As such the Novella stands out as a perfect solution to the vicissitudes of modern living; the ability to read one whilst rattling through the country on a train, hovering over the Atlantic in a plane or curled up on the sofa for a few hours before bed amongst its greatest attributes.

We have selected what we feel is a rather exciting list of the very best Novellas from across the past two centuries; Kingsley Amis, Muriel Spark and John Le Carre are all here like old friends.

As with ‘Our Favourite Novels’ catalogue last year, we’d love you to vote on your Favourite and will announce the winner at our annual Christmas evening later in the year,” writes Hatchard’s, the esteemed London bookseller (since 1797).

Bacon readers:  let’s rock the vote from across the Pond!

Or you can just browse the catalogue for reading ideas.  It’s absolutely lovely, even on line.  I have a hard copy if you’d like to borrow it. 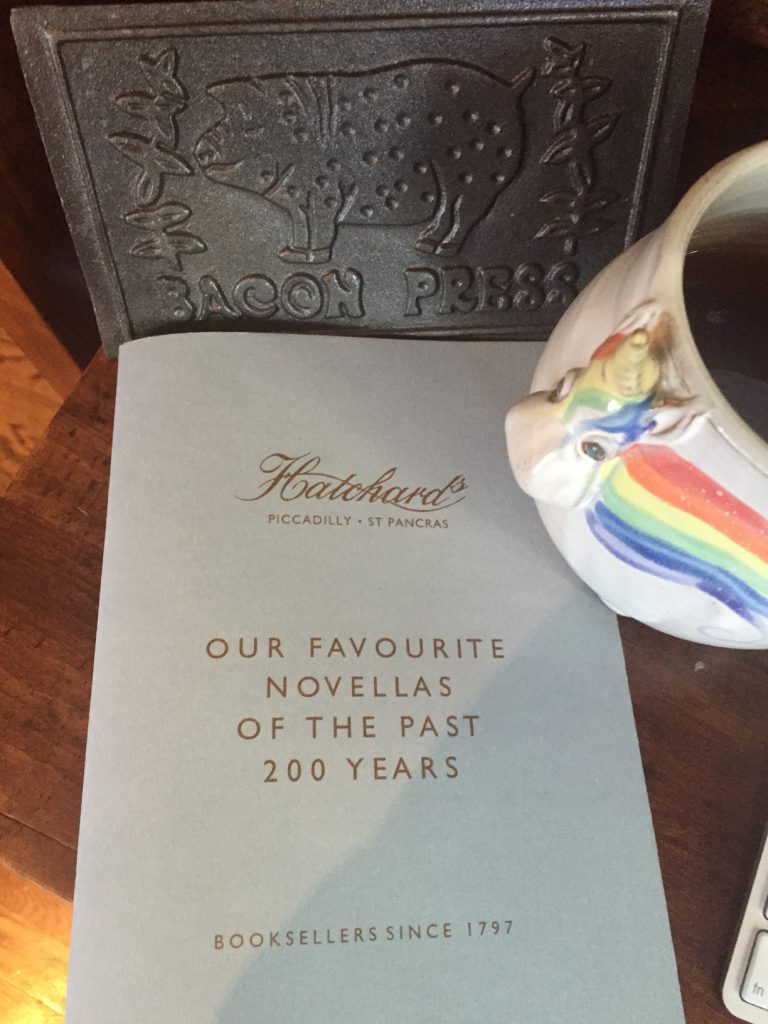 Here are my top 3 contenders: 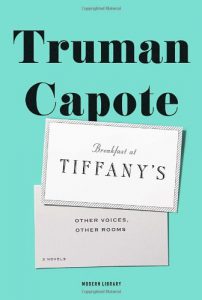 Breakfast at Tiffany’s, by Truman Capote (1958)

“This is 1940’s New York at its most joyous.  Holly Golightly is a cafe society girl in search of a rich husband, the narrator her neighbour in an old brownstone.  Many will know her from the Audrey Hepburn film but the real Holly has ore depth, and is much wilder, as shown by Truman Capote’s preferred choice of Marilyn Monroe for the part.” 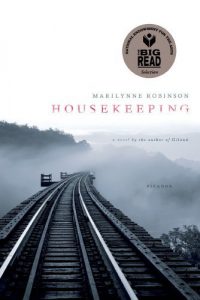 “Fingerbone is a desolate town in northwest America, dominated by the railroad and the lake.  Ruth and Lucille grow up there, cared for by a succession of relatives.  The town is both a place of sanctuary and somewhere to escape from, the housekeeping of the title both the practicalities and creation of a home.” 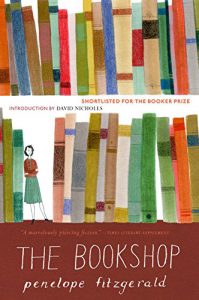 The Bookshop, by Penelope Fitzgerald (1989)

“Why would anyone oppose the opening of a bookshop?  When Florence Green invests her inheritance in just such a venture she encounters inexplicable hostility, which increases as he business appears successful.  Other shopkeepers, a local woman with wealth and influence and even the Old House’s ghost seem intent on her downfall.  Penelope Fitzgerald’s seaside town of Hardborough is as far removed from a cosy Miss Read as you can imagine.”

And here are 5 Novellas on the list that caught my eye: 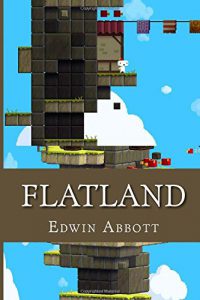 “Fantasy worlds abound in fiction, but few are as astonishing as Rev. Abbott’s, where life is limited to length and breadth.  A. Square describes his world in fascinating and logical detail, which is shocking or hilarious, acccording to your point of view.  Then a stranger takes him to the Land of Three Dimensions, a world A. Square would not have believed possible.” 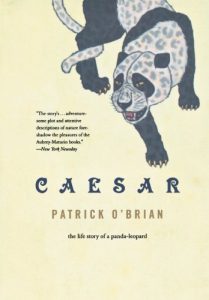 Caesar: The Life Story of a Panda Leopard, by Patrick O’Brian (1930)

“Caesar’s father was a giant panda, his mother a snow leopard.  Written with the same dry wit as the Aubrey-Maturing series this delightful, if somewhat gory, flight of fantasy is a fascinating glimpse of Patrick O’Brian as a young writer.” 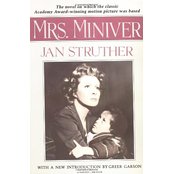 “In 1937 a column began in The Times chronicling the everyday life of Mrs. Miniver.  Based on Jan Struther’s own life these were a charming but unsentimental view of England.  Letters from Mrs Miniver followed when war broke out.  Churchill claimed that the book, published in Britain and America, did more for the Allied cause than a flotilla of battleships.” 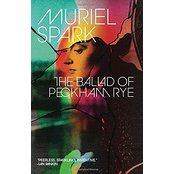 “Into the impoverished and slightly dull suburb of Peckham Rye sweeps Dougal Douglas, an out-and-out rogue.   Employed as the ‘Arts man’ at a local factory he is told ‘It’s up to you, entirely up to you’; he holds down two jobs, writes a book and causes havoc.  This is a bawdy and splendidly scurrilous fairy story.” 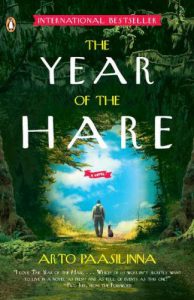 The Year of the Hare, Arto Paasilinna translated by Herbert Lomas (1975)

When the car he is in hits a hare, Kaarlo Vanaten leaps out to rescue the animal.  He is disillusioned with his job and his life and this brief act is all it takes for him to abandon both.  Travelling through Finland with the hare, his story is quirky and delightful.” 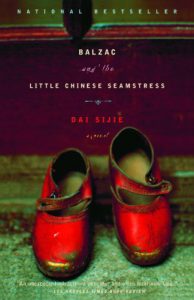 Balzac and the Little Chinese Seamstress, by Dai Sijie, translated by Ina Rilke (2000)

“During the Chinese Cultural Revolution two boys, the sons of wicked doctors, are sent to be ‘re-educated.’  Their true re-education begins when they meet the son of a poet who has a secret stash of Western classics and The Little Seamstress of the title.”

Is your “favourite” on the list?  And don’t you just love the adorable way the Brits spell? 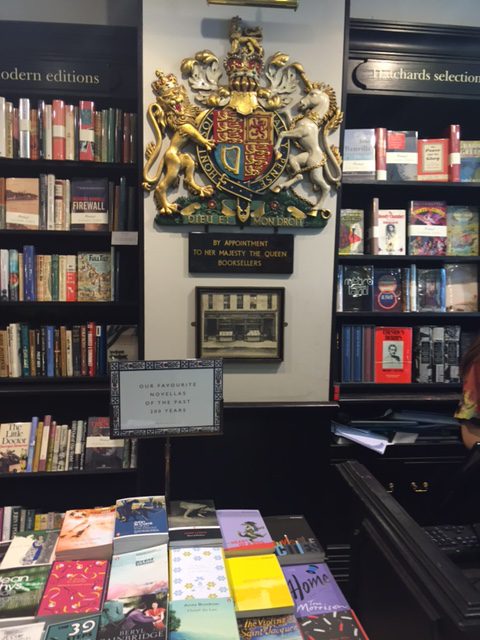