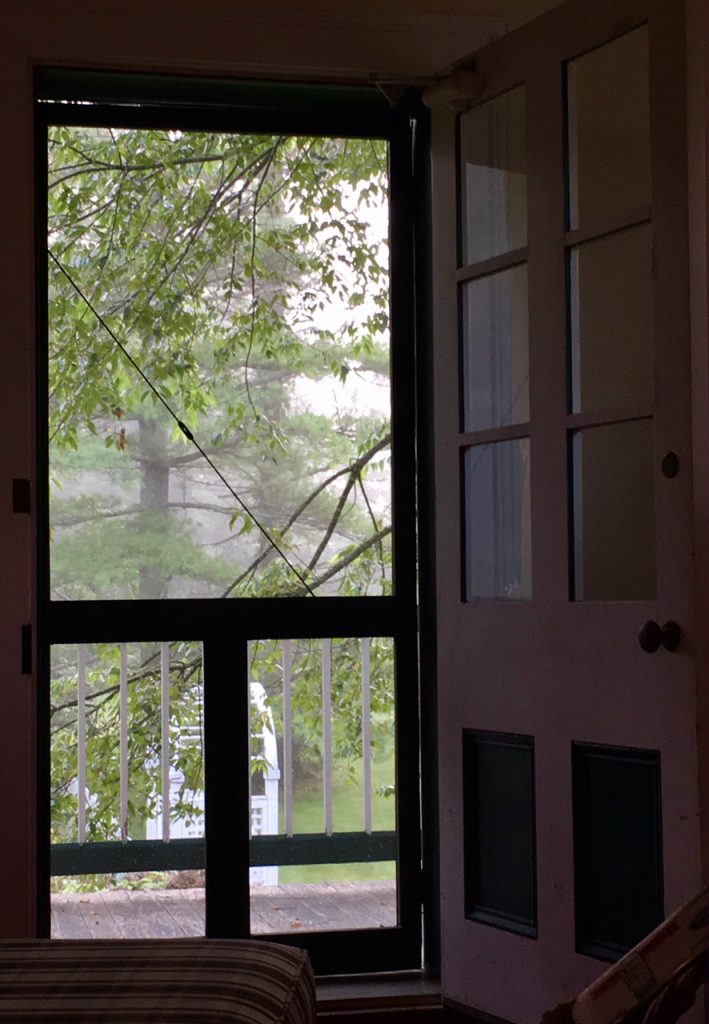 You can always count on Laura Cooper to elevate the Bacon conversation!  Today, she thinks about the South, our “Garden and Gun moment” in national culture – and Marcel Proust.

From Laura:  Last week, Nashville hosted Bonnaroo for book lovers (otherwise known as the Southern Festival of Books). The Southern Festival of Books isn’t only about Southern books. But this Nashville tradition reminds me how essential writers – and writing – are to the South’s self-image as a profoundly distinctive culture, not just another subregion on the map. Without Southern literature, we’d hold a very different view of ourselves as Southerners, and of “the South” itself, that “sphinx on the American land.”

I doubt I’m the only one who learned who I’m supposed to be by reading Faulkner, Welty, O’Connor, Williams, Twain, Harper Lee: learned the Southerner’s passions and loyalties, our resolute eccentricities, our taste for the off-kilter and the wryly gothic. Who better than Wolfe or Capote, Walker Percy or Willie Morris, to kindle then name the chronic restless homesickness that drives us away from the South, then back again? Who better than Alice Walker, Kate Chopin, or Zora Neale Hurston, who better than Robert Penn Warren or Roy Blount, Jr… But I’ll stop there; you have your own list.

For every revered Southern writer, there’s a theory about what makes Southern writing – and Southerners – so distinctive. Eudora Welty thought it came from the cultural habit of tight, specific focus, on the land and the people close at hand:

The Southerner is a local person – to a degree unknown in other sections of the United States. The Southerner always thinks of himself as being from somewhere, as belonging to some spot of earth.

Roy Blount agreed: “The North isn’t a place. It’s just a direction out of the South.” 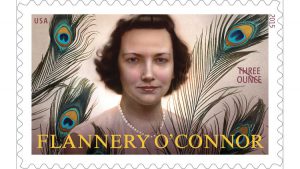 Then there’s our collective past, what Willie Morris called the “burden of memory and [the] burden of history” we all carry “in our bones.” We’re the writers we are, O’Connor explained, because

we have had our Fall. We have gone into the modern world with an inburnt knowledge of human limitations and with a sense of mystery which could not have developed in our first state of innocence – as it has not sufficiently developed in the rest of our country.

True; all true as ever. But sometimes I think these long-hallowed truths about classic Southern writing might actually ruin new Southern writing. The literature’s most profound emblems – the wayward heir, unbalanced cousin, poignant quirky child and beloved dog, the hard eating and hard drinking, the fierce race and class violence – don’t necessarily make a story profound. Or a good read, for that matter. Like Pat Conroy’s mother, I worry one day “Southern literature [will] be summed up in these words: On the night the hogs ate Willie, Mama died when she heard what Daddy did to Sister.”

And now that “the South” is having what, as shorthand, I’ll call our Garden and Gun moment, I wonder – echoing a wise Mississippi friend – if we’ll soon jump the shark, altogether.

If you’ve thought that too, here’s an idea.

This past summer, for the first time in years, I spent weeks at home in Warm Springs, Virginia, in the Alleghany Highlands west of the Shenandoah Valley. 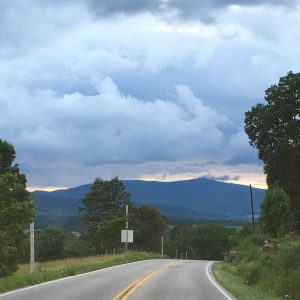 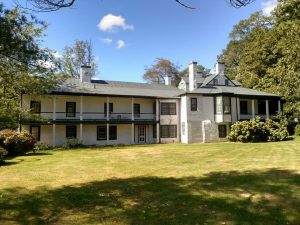 Warm Springs, the county seat of Bath County, has a courthouse, a library, a post office, an inn and restaurant, a handful of old houses, and a population of 123. It’s known for its medicinal mineral springs, where you can still take the waters in octagonal wooden pool houses first built in 1761. And it’s five miles from The Homestead, which celebrates its 250th birthday this year.

There’s nothing more Virginian than Warm Springs in July. The days are lush green and quiet, the nights full of stars and lightening bugs. We had five deep, shady porches, and a creek out back. But no cable, no internet, and feeble cell service. After a day or two pacing the lane to find Verizon bars – sweeping the phone like dowsing for water – I gave up and pretty much left it turned off. Friends and family came and went. We cooked, we swam, we tried skeet shooting and golf. We retraced old favorite paths through the countryside. We played Scrabble. We read. 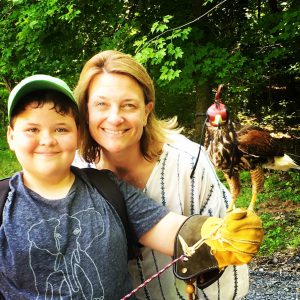 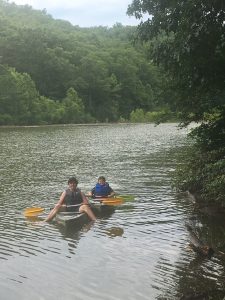 As it happened, the book I’d brought with me was Lydia Davis’s 2002 translation of Swann’s Way, by Marcel Proust, first published in 1913 (and financed by Proust himself after the Paris publishers rejected him), and the first of the seven volumes in A la Recherche du Temps Perdu (In Search of Lost Time). I’ll confess, I’d tackled Proust before, only to be daunted by the convoluted sentences, the gauzy psychological ramblings, the creakingly slow pace; the odd tension between the book’s modernist structure and the almost flowery language of the 1922 Moncrieff translation, the only standard English translation before now. It’s not easy even to define what the book is: Proust himself called it a novel but hedged, warning “the novel form is the form from which it departs least.”

Yet this time, in Virginia in July, Proust finally reached me. That’s partly because of Lydia Davis – a MacArthur genius grant winner for her own fiction and a Chevalier des Arts et Lettres for other translations. Critics have praised Davis for returning Proust to his own sensibility, to a kind of clean understatement, a smooth rhythmic plainness, that feels very fresh and modern. I agree. This Proust is beautiful, and delicious to read. 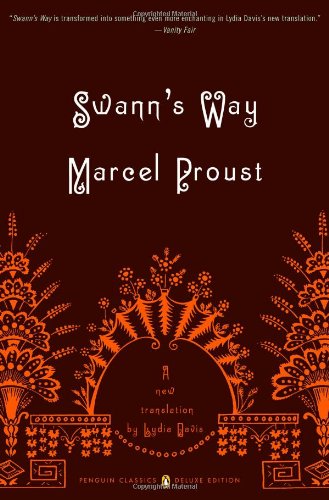 But even more, there in Warm Springs in July, I read Proust as a Virginian and a Southerner, read it at a moment when I was leading with that part of my head and my heart; when those paths were open and foremost. And what I discovered is that Swann’s Way – Proust’s slow meditation on the compelling this-ness of home, family, and desire – embodies what is best and most profound in classic Southern literature. Yes, Proust, that great Southern writer. 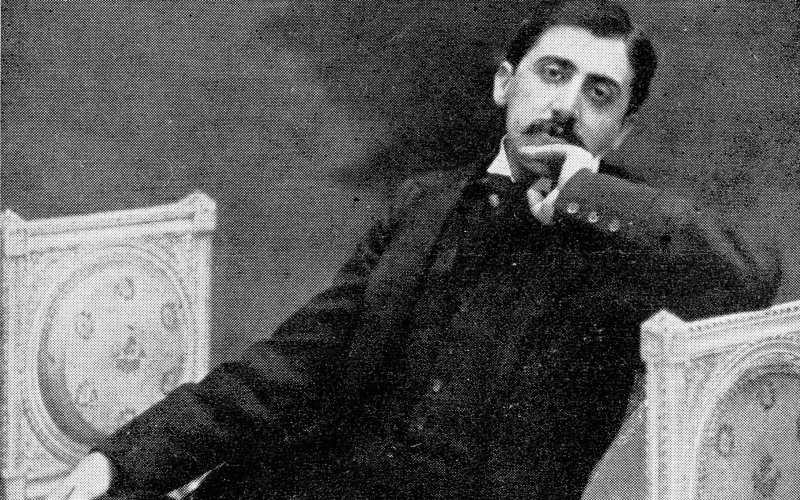 Swann’s Way tells two stories in three long chapters. In “Combray,” the (autobiographical) narrator recounts the peaceful routines he lived as a child at his grandfather’s Loire Valley country house, the rich and complex memories so famously triggered, years later, by a spoonful of madeleine crumbs soaked in tea – that “Proustian” moment we all recognize even without reading Proust. “Swann in Love” and “Place Names: The Name” describe the tumultuous love affair between the high-society Charles Swann and his inappropriate wife, the courtesan Odette, a woman of “amorous notoriety.” Threading throughout is the narrator’s own infatuation with Swann’s daughter, Gilberte.

Despite the novel’s reputation as a difficult modernist work, these stories are remarkably simple and ordinary, just humans being awkwardly human. The narrator’s beloved Combray is no romantic vision. Instead,

To live in, Combray was a little dreary, like its streets, whose houses, built of blackish stones of the countryside . . . capped with gables that cast shadows down before them, were so dark that once the daylight began to fade one had to draw back the curtains in the “formal rooms[.]”

The walled town, and the “two ways” to walk out in the countryside around it (Swann’s way – past his estate, off limits after his scandalous marriage – and a second walk along the river), seduce the young narrator not because they are guidebook-beautiful, but because he habitually experiences them on their most concrete, specific level: nasturtiums, periwinkle, pink hawthorns, lilacs (fresh and decayed); this wall, that lane, that gate back into town.

And Proust’s family, so deeply loved, are neither grand nor especially noble. His aunts, his mother and father, their cook Françoise – they all have everyday faults. They gossip; they judge (and yes, there’s startling anti-Semitism); they lose patience with children. They get miffed and hold long, heartbreaking grudges. One is a diva hypochondriac. Even the town’s bona fide aristocrat, the Duchesse de Guermantes – her family “Glorious since Charlemagne” – turns out to have “a red face” and “a little pimple at the edge of” her “prominent nose” when she finally makes an appearance.

The family are all anxious to proclaim and preserve their upper-bourgeois place in the world, a drive confounded by the disarming Swann: he’s a son of their own class, an expert but lazy art historian, who’s mysteriously joined the highest social circles in Paris, yet whose wife can’t be welcomed to the house in Combray. When Swann shows up for dinner, letting himself in like a cat through the garden gate, the family titters and frets: Will they try too hard to please him? Will they please him enough? Who are they themselves, if they can no longer place him with confidence? Swann brings the confusing modern world in with him to peaceful Combray, to the family’s beguiled consternation.

Proust writes them all as comic, yet dear. Flawed, yet loved. Linked to a place and a past, a family and a history, that can make the future hard to negotiate.

Very Proustian. And very Southern, that deep “belonging to some spot of earth.”

Once I felt this resonance, there on the porch in Warm Springs, I wasn’t surprised to learn that Thomas Wolfe discovered Proust at Harvard in the early 1920s, and Faulkner so admired A la Recherche du Temps Perdu that he declared, “I wish I had written it myself.” 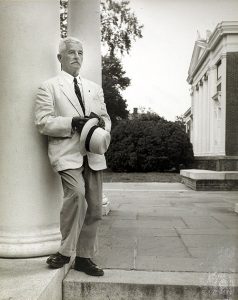 I know, academics link Proust and Faulkner mostly for how they both disrupt narrative time, shift points of view, and manipulate dreams and memory; all high-end modernist fireworks. Still, and modestly, I suggest that Swann’s Way embodies something more fundamentally Southern, just stripped (refreshingly) of the clichéd emblems of the American “South”: Proust’s loyal rootedness to a real, flawed place and to a real, flawed people – often justly reproached, but always loved.

The heart of the best Southern literature.

For more from Laura, check out her blog at NoRealPlot.com and other Bacon pieces on The Little Red Chairs, A Little Life, and My Brilliant Friend, among others.

Image of Eudora Welty by Joy Halstead at College of Charleston, The College Today.

The South as that “sphinx on the American land”:  courtesy of historian David Potter.