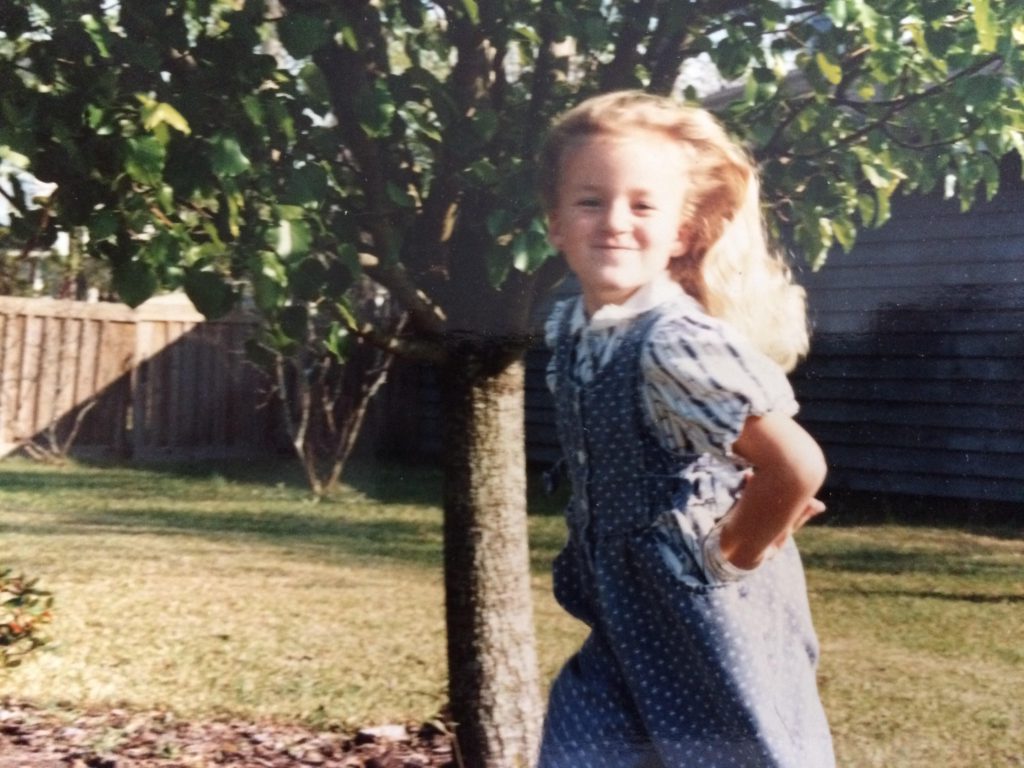 Two facts converged to influence my naming: I was born in 1984, and I was supposed to be a boy. Sonograms weren’t terribly detailed in the mid-80s, but the Jamaican OB told my mom my heart rate definitely meant I was a boy. Imagine her surprise, and unpreparedness, when out came a girl. She had to come up with a name on the spot, so she turned to popular culture for inspiration. Thus I was named Nicolette Leia, after a 70s folk singer and a sci-fi princess.

Growing up, I was always a little embarrassed that I was named after Princess Leia. This became especially true when I realized that other kids were named for grandparents or parents. But somewhere along the way, I somehow, in some small way, started to think of Carrie Fisher as the distant aunt I was named after. I felt oddly connected to her because we shared Leia.

I cried a little when I heard Fisher had died. But while my heart is heavy, to honor my pseudo-namesake, I’m going to try to follow Leia’s example. I think she, and the remarkable actress who inhabited her, would want us to remember that rebellions can succeed, that we can fight hard against the darkness, and that we don’t have to wait for someone else to start the rescuing. And every now and then, I might just wear my hair in buns. 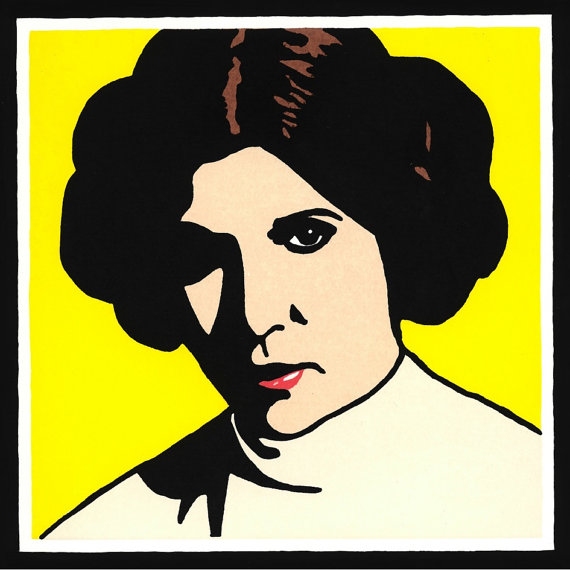 It’s strange what snapshots we keep in our mind’s album – or maybe not so strange, if I can play my own psychiatrist for a second. That Carrie Fisher in her white robe and cinnamon-bun braids stands proud and loud in my scant third grade memories actually makes total sense.

It was first recess in Sr. Patricia’s class, at St. John’s International School in Belgium. I was chattering feverishly with American kids, British kids, German kids, from-everywhere kids, about Star Wars Episode IV: A New Hope and in particular, Princess Leia. “Remember that line?” I said. “‘Will somebody get this big walking carpet out of my way?’” 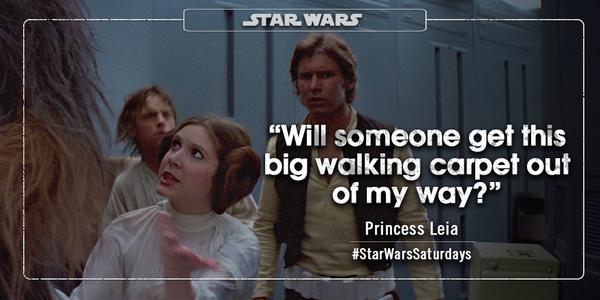 “No!” Another girl insisted. “It was ‘big furry walking carpet’!”

See, it was very important we get it right – or that at the very least, we inflated the legend of Leia to her proper badass proportions. The point was, You get out of the Princess’ way, stat.

As a young girl who’d been raised on a lot of old-school Cinderella Disney princesses, I don’t remember being surprised by this new kind of royalty. Maybe because at eight, a lot of girls still haven’t realized the world isn’t keen on us being badasses. They’re naturally bold and silly and loud and brave.

Through fourth grade, I was the one who proposed games and adventures to other girls, chased boys, and generally made a fool of myself on the playground. It was loads of fun. But by the time I turned 10, I’d somehow learned that being soft as carpet and still as a doormat played better in social circles than being the loud and rowdy girl. It would take me years to find my voice again.

Maybe it’s why I’m so grateful that Fisher had the courage to give voice to her struggles with addiction, and voice to her challenges with mental illness. Wishful Drinking is a work of art that inspires many and legitimizes voices of those whose pain some would rather sweep under the rug. Carrie wasn’t just a bold character on screen; she was a bold woman in real life. I’ve made massive mistakes, I have flaws, I need help… How hard it is to admit this! If I didn’t have Leia, or Scout, or other sassy girls full of ire, I wonder if I’d feel as free to write the characters for my YA novels. Wendy Redbird Dancing is mad as hell, and lets the world know it, after a history of abuse and a mom who neglects her. Minerva Mae Christopoulos isn’t sure of her sexual orientation, and is reluctant to pick a label, but eventually finds her identity and words to express love. I’ve always wanted my stories to say the unsaid things on our minds.

Leia was a lone voice in those early years of Star Wars. Loud, but alone. The Bechdel Test asks the following three questions of a movie: 1) Are there at least two women 2) who have a conversation 3) about something else besides men? The first Star Wars fails this test with flying colors. But Leia stalks ably through the forest of males. And it strikes me as fitting that some devoted Star Wars fans don’t get why in the world in The Force Awakens, General Leia Organa would hug Rey, an up-and-coming maverick female pilot. Why hug a stranger instead of Solo’s forever pal, Chewbacca, with whom she already had a relationship? Solo had just died – wouldn’t Chewbacca be the logical choice?

J.J. Abrams says it was a mistake. I say it works, beautifully. Leia, her face softened with age, in her faded yet resolute glory, should of course embrace the next generation. The Force is strong in both women. Maybe Leia knew Rey will have a new set of challenges, despite even more women in the field, that require holding fast to her course, staying strong, and resisting the naysayers.

The path isn’t completely clear yet. But Leia cleared the first part of the way. 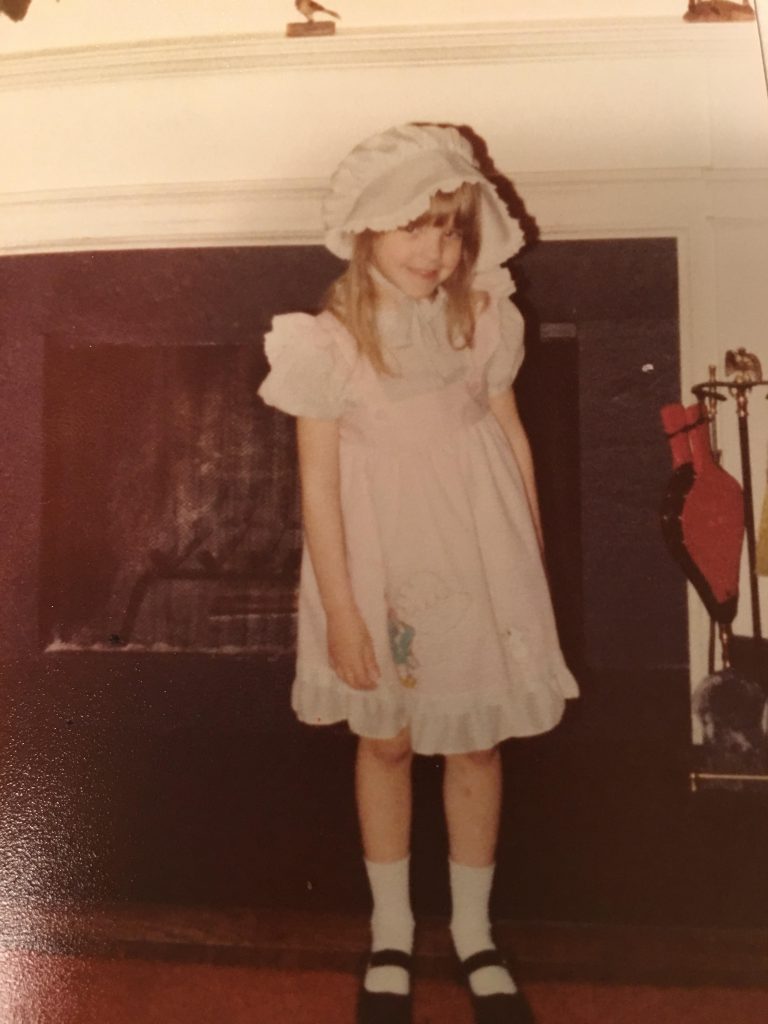 Star Wars was the first movie I remember ever going to. I remember the popcorn, the theater and the movie vividly. I felt “big” to be able to go to the movies… I was 4 ½-years old and the character who made the biggest impact on me was actually Chewbacca and when Princess Leia said, “Get this walking carpet out of my way,” I thought it was the funniest thing I had ever heard. It was from pretending to be Princess Leia, so that I could quote her over and over and over again, that I came to feel such affection for Carrie Fisher. Plus, growing up the youngest with three older cousins close by, all boys, and my older brother, I certainly recognized that she was the only female character in the movie and I knew that feeling very well! At the time, I wore a bonnet everywhere as I was painfully shy. The bonnet was my safety blanket as I didn’t have to look at anyone I didn’t want to. Within the year, I outgrew it, and surely it had something to do with the fact that I could not pin my hair up like Princess Leia’s and put a bonnet on top … what was the use, right? Those side buns needed to be admired by all.

When Return of the Jedi came out, I hated it. I learned to like it over time, but after playing Princess Leia for so many years, and seeing her in the tiniest bikini with Jabba the Hutt treating her like a dog, it ruined the film, at least the first half, for my 10-year-old self. I still remember the scene taking my breath away and actually cringing. While my brother had posters up on his wall of Farrah Fawcett and Cheryl Ladd – both in red bathing suits – this was altogether different, and I knew it. But, those ewoks were really cute!

Overall, Star Wars was a great part of my childhood and I’ve probably watched it with my kids dozens of times. However, I first really connected with Carrie Fisher as an adult in When Harry Met Sally…. She was just so real. And, it was from this character that I found I really liked Carrie. She was quirky and odd and I loved her all the more for it. She spoke truths so eloquently and I cheered her on each time. 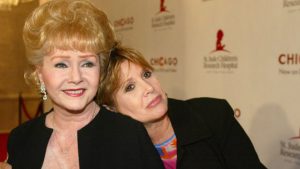 Yes, I was sad the day she died. But when her mom, Debbie Reynolds, died the day after, that’s when I really shed some tears… knowing that she died from the heartbreak of losing a child. When that happened, I cried for them and for everyone I’ve ever known who has lost a child. I know there are moments when all moms who lose their children want to die right then and there and stop the pain and join their children on the other side. This being the punctuation point that ended an emotional year, played out on the public stage, with Christmas and New Year’s as a backdrop… it just hit hard.

Cheers to you, Carrie. God broke the mold with you!

You can find Niki Coffman at Parnassus. She makes all the cool events happen. If you’re lucky, she’ll have the adorable and illustrious Mary Todd Lincoln with her. Lyn Fairchild Hawks, based in Chapel Hill, North Carolina, is an outstanding YA author and friend of my heart since high school. Liza Graves brings tremendous style, energy, and sparkle to everything she does, including StyleBlueprint (co-founder).