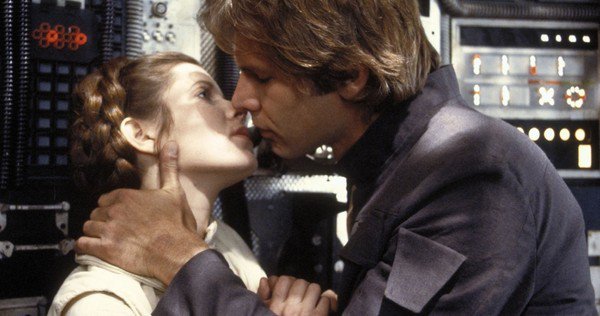 I recently finished reading The Princess Diarist, Carrie Fisher’s account of what went on behind the scenes during the filming of Star Wars. It broke my heart for her – for the girl she was at age 19, in love with Harrison Ford, and for the woman she was at age 59, writing the book. The first and last thirds of the book provide general commentary, but the central section of the book – the diary entries from those months of filming – throbs with the bloody bleeding heart of a teenager deeply in love with a much older married man who tolerates her love and indulges it by having fantastic sex with her. Fisher isn’t particularly angry about his behavior. (Just for the record, he was 15 years older than her and bid her a decisive farewell when filming wrapped up.) She’s not especially sentimental or nostalgic, more than aware of her role in compromising a marriage. But in its way, The Princess Diarist seems to me first and foremost a love letter: to him, to her youth, to a moment in time that changed her life forever. No one had any idea that the little space flick they were filming outside of London would change cinematic history. But it seems that even then she knew his effect on her would be lasting.

Carrie Fisher definitely isn’t pitiful in these pages. She’s funny! Darkly funny. On hearing the news that George Lucas had decided to reboot the Star Wars franchise and include the original cast:

I was surprised. As surprised as you can be and still be so far over forty. I mean, I thought they might make more Star Wars movies – not that I thought about it all that much – but I doubted that I would find myself in them. And now it looked like I would! Hallelujah!

Not because I liked appearing up on a screen. I didn’t like it when I was the age one could like it, but now they had 3-D and high-def and such, so that all your wrinkles and withered puffiness need their own agents, so if I didn’t like it then, I’d never like it now, and going forward to eventually.

The first third of the book provides a broad overview of her childhood and her brief history in Hollywood before the filming of Star Wars. The last third of the book is a meditation on the nature of celebrity. Fisher talks about the exhaustion – yet also the continuing joy – that she has felt as “Princess Leia’s representative on earth.” I love her intimate, conversational tone in both of these sections. Reading the diary entries in the middle of the book, by contrast, is excruciating. “Notes from his periphery, or the glib martyr,” she calls this section.

If you have ever been hopelessly in love, in over your head, knowing that heartbreak is both inevitable and only a breath away, you’ll recognize her pain:

Thanks for the good times. Thank you for being so generous with what you have withheld. Thank you for being the snake in my grass, the thorn in my side, the pain in my ass, the knife in my back, the wrench in my works, the fly in my ointment. My Achilles’ heart. Caught in a whirlpool without an anchor, relaxing into it, calmly going under for one of many last times.

This is a teenager writing, of course, and you can tell. It’s overwrought, tortured. It has not been edited to smooth out the rough edges or make it into the work of art Meryl Streep envisions. But the sweet, confused, agonizing soul shines through.

Perhaps the saddest passage in the whole book, to me, is in the final section, when she thinks about “Carrison” – a couple that existed only in her mind, and in the night:

What does it mean that this was her last message to the world? Would she have wanted that? How did it feel to finally get this enormous secret off her chest, something she says she felt a strong compulsion to do, and yet also a great deal of hesitation about? In releasing this final great secret – this woman who has been so open with her struggles, but who had kept this quiet for her entire life, at his unspoken request – did she finally feel free?

Carrie Fisher and Princess Leia will live forever in film and in the hearts of those of us who saw her at an impressionable age. It seems that Harrison Ford lived forever in hers. 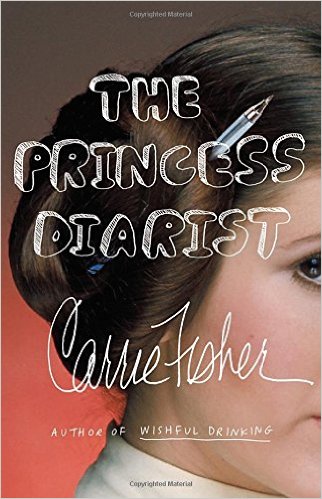