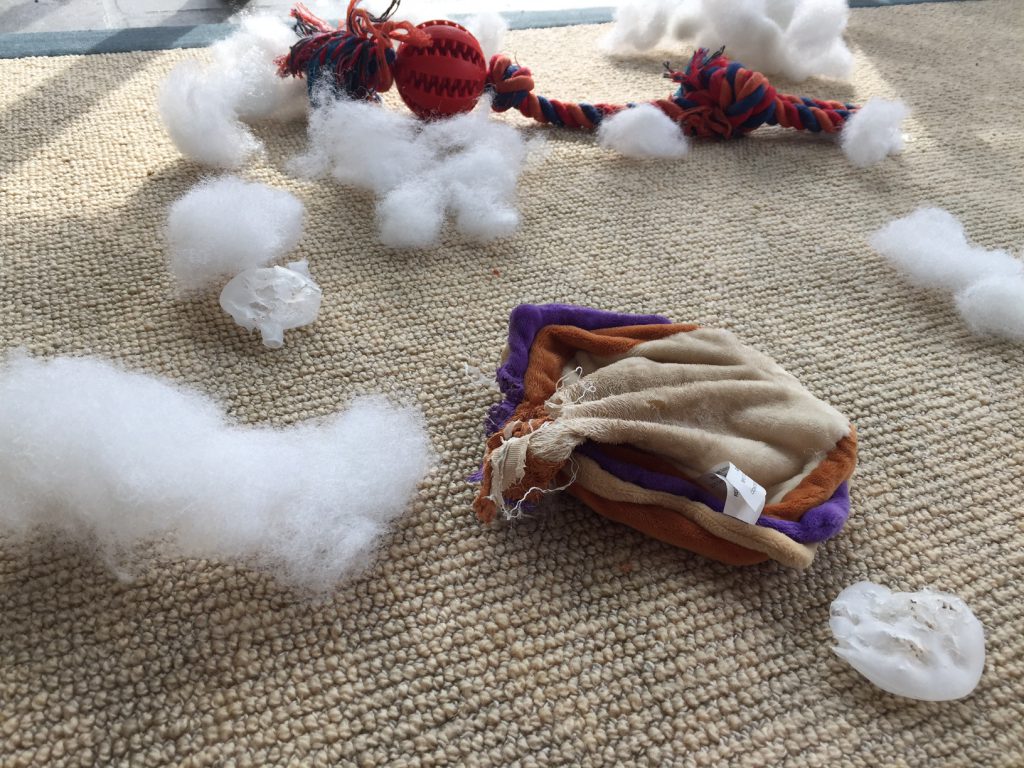 Gus and I were watching a football game one afternoon while Pepper was busy at work on another project in the sunroom. Later, I discovered what she’d been up to: one of her very favorite toys, a plush peanut butter and jelly sandwich with squeaker inside, had been eviscerated. White puffy stuffing was strewn about, plus the remains of the broken squeaker heart.

My own heart lurched. It was Peanut Butter and Jelly! Her favorite toy for months on end! She squeaked it, she carried it around, she offered to play tug of war with it though I always declined.  Now, it was past the point of no return.

She sat quietly on her chair in the sunroom, the formerly beloved toy in shreds nearby. She looked shell shocked.

“I am a mystery to myself,” she said. “I don’t know why I hurt the thing I loved.” She coiled into a very tight curl on her chair and wouldn’t look at me.

I sat down beside the chair and petted her, trying to soothe her. “I’m a mystery to myself sometimes too, Pep,” I confessed. “It’s okay. We all contain multitudes. And Peanut Butter and Jelly was just a thing, just a toy. You’ve never ever done anything to hurt me.”

She looked up.  “And I never will,” she promised. 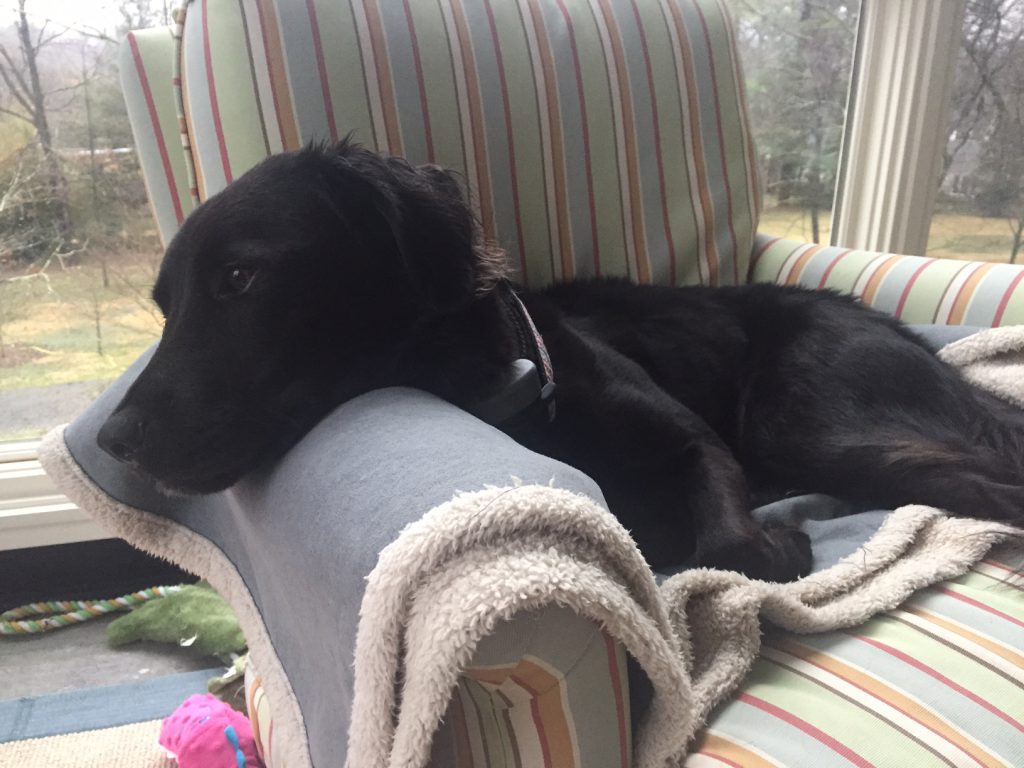