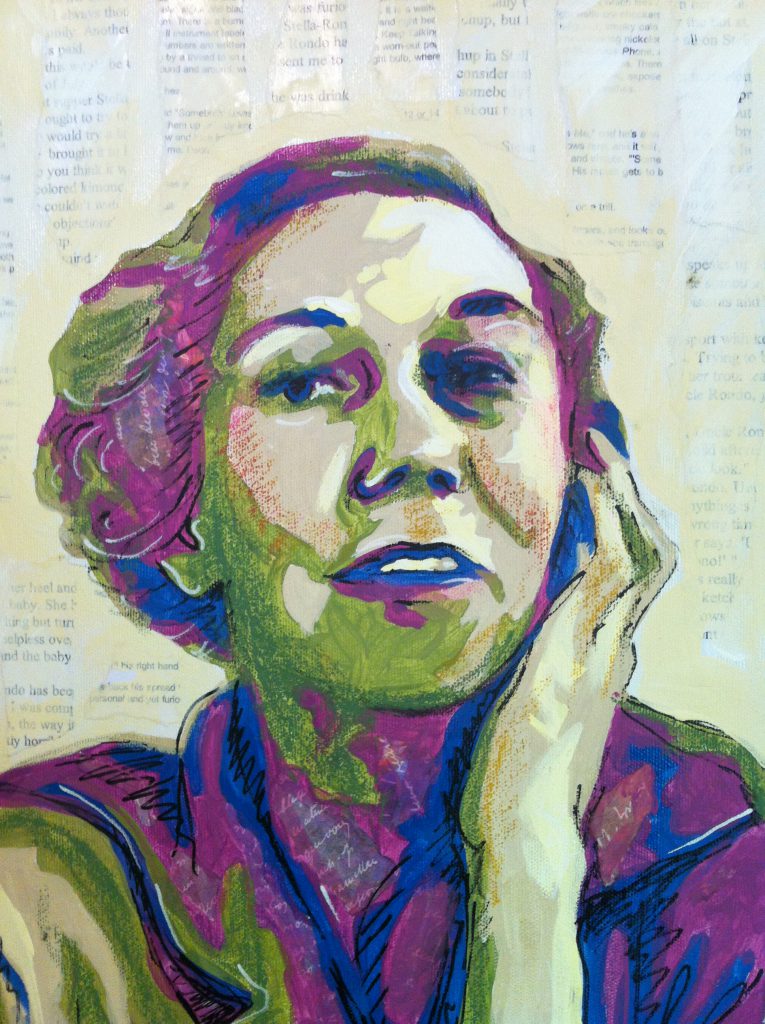 You bring the coffee, I’ll bring the classic: today’s post is the first in an occasional series featuring vintage reads. Nichole Huseby begins the conversation with her lovely piece on The Optimist’s Daughter, by Eudora Welty, winner of the Pulitzer Prize for fiction in 1973. An interview with Nichole follows.

From Nichole:  Eudora Welty might be a name overlooked in contemporary circles. Her work merits reintroduction, as her authorial voice offers ageless insight.

Eudora Welty lingers in a legendary category of writers that can gently cut your heart open and simultaneously induce audible laughter all within the same paragraph. With her opalescent Southern charisma, Welty beckons your presence into the pages of a bygone era. Within moments you find you have stepped inside a grand parlor brimming with guests and lifelong companions. She adorns the room with personalities that range from the righteously insane to the refined genteel. Irony is inescapable and intertwines its way through every nook, not merely within her stories but also within her personal world and life. To the untrained eye, Welty would have been dismissed as a spinster without enchantment, and yet in 1973, at the age of 63, she was awarded the coveted Pulitzer Prize for The Optimist’s Daughter. It is curious that even in most recent times this honor is rarely bestowed for a work with both a female narrative voice and also a female main character. 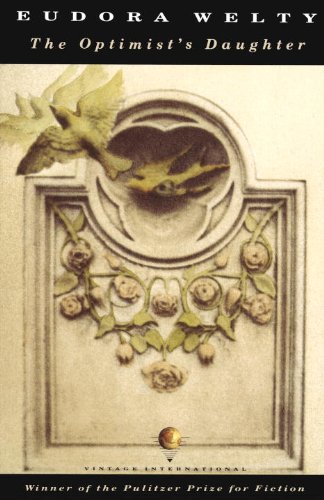 As the first chapter begins, Welty swings open the door for us to enter a doctor’s office. Laurel, the middle-aged daughter, stands by her distinguished 71-year-old father, Judge McKelva, and on his other side, is her new birdbrained stepmother, who is much closer in age to Laurel than her new husband. The three have arrived in New Orleans on the eve of Mardi Gras. They will spend most of their time inside the walls of the unvarying hospital room while outside the scintillating and unrestrained Carnival takes place. The reader stays at Laurel’s side while she navigates her father’s isolation and confinement. It is a labor of love for both the reader and Laurel, yet there awaits a recompense for devoted loyalty.

The Optimist’s Daughter does not offer the anticipated modern style of a brisk pace or fast action. The precision of the plot is fastidiously chiseled with vibrant nuisances from the query of repetitious minutes and how they ultimately leave an imprint upon our identity. Welty unpacks post-World War II Southern culture as conscientiously and industriously as someone who has collected Green Stamps presented for reward. The Optimist’s Daughter transports you to the landscapes of a West Virginia mountaintop ridge and to the confluence of the Ohio and Mississippi waters that can heal a grieving and voiceless soul. Mantel clocks left unwound and open caskets confirm silence has no rest.

Simultaneously, Welty entrusts you as Laurel’s closest and singular confidant and you embark with her upon on a tempestuous and fulfilling journey. At times you wish to scream in Laurel’s defense as she endures both emotional and psychological torture, equally portioned out by her dearest of friends and greatest of enemies. Then as if in intentional rebellion, Welty breaks the code of Southern propriety, and you find you must cover your mouth with laughter when the outrageous emerges at the most unsuitable of times. Laurel’s circumstances encircle her like seasoned kindling, and Welty hands her a lit match to illuminate her memory. The past begs to be ignited, not to hold us enslaved to it, but instead to offer an understanding of who we are so that we may be set free. 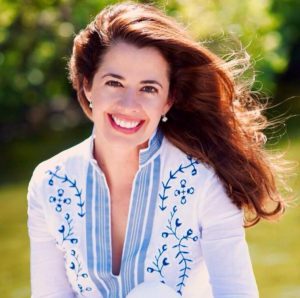 Nichole Huseby floats into a party in a cloud of gorgeous long brown hair. She might be wearing one of her grandmother’s jeweled pins. If you compliment her on it, she is likely to press your hand and say, “Call me, you must wear it some time if you would enjoy it,” and she means it.  She answered a few questions today on her Nashville childhood and her aspirations as a writer. Nichole and her husband Craig have two children and own Huseby Homes.

Hi Nichole!  I understand that you grew up in Nashville but had a rather unusual childhood compared to many native Nashvillians… 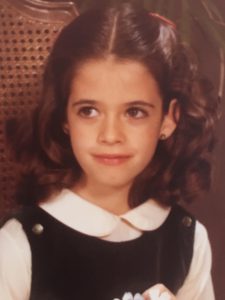 My childhood could be summed up in one word. Unique. At the age of two, I could speak two languages fluently and impeccably translate Spanish and English for adults. Today bilingual babies are no longer a novelty in the South. However, growing up in Green Hills in the 70s, I was the only kindergartner around who drank cafe con leche, listened to Julio Iglesias, accessorized in Pappagallo, and picked fresh zinnias from my grandmother’s garden. As an only child, the ability to switch between linguistic codes and assimilate two distinct cultures percolated a palatable potpourri so rich in flavor; a writer’s heart was born.

I’d love to hear more about what you’re writing!

Gwen Solbreath never saw the accelerating car as she made the turn to go home. The forceful impact of the vehicles colliding ignited an irreversible current through two families for multiple generations. Beyond Simply is a Young Adult novel told from the perspectives of two teenage girls, Avelia Haviland and Thessa Wilker. Their internal crusades for purpose and survival summon them to tread upon the battlefields of the Tennessee State Penitentiary, Central State Hospital for the Insane, and First Presbyterian Church.

What it is about writing that brings you contentment?

Seemingly a contradiction, the subject of my fear and concern is directly linked to what brings me happiness and contentment. For me, as a writer, there is great fulfillment in the gift of breathing life into a fictional world in which I am intimately entwined with vista and villain. I can navigate catastrophe and triumph with the click of the delete and shift buttons. This creative joy can simultaneously breed momentary despair if I linger in the weary land of self-doubt for too long.

What challenges you about writing?

Writing challenges me, as so much of the labor is fought out and lived in introspective isolation and yet concurrently the reader exists as an observing audience in company with a cast of literary characters. A vulnerable trust is established between all three, with the collective venture to delicately unveil us all.

As I send this to you, I am presently tucked away in Belle Buckle, Tennessee. With the manuscript of my first novel now complete, I have set aside a few days to compose my query letters, with the hope of realizing a lifelong goal of becoming a published author.

Warmest wishes, Nichole, and thank you so much for today’s lovely meditation on The Optimist’s Daughter.

The inspiration for this Bacon series is the “Coffee and Classics” series at the Nashville Symphony.  Next up:  Respighi’s Pines of Rome on February 10th.  Come at 9:30, get a cup of coffee and something sweet, then settle in for the performance at 10 am.  Click here for more information and to buy a ticket.  On the program:

Barber – Symphony No. 1
Respighi – Pines of Rome
Enjoy a Roman-themed Friday-morning concert with your Nashville Symphony. With its vivid orchestral effects, Respighi’s Pines of Rome is one of the most beloved works in the classical repertoire. Though it was written by an American, Barber composed his intensely lyrical and expressive Symphony No. 1 while in Rome.