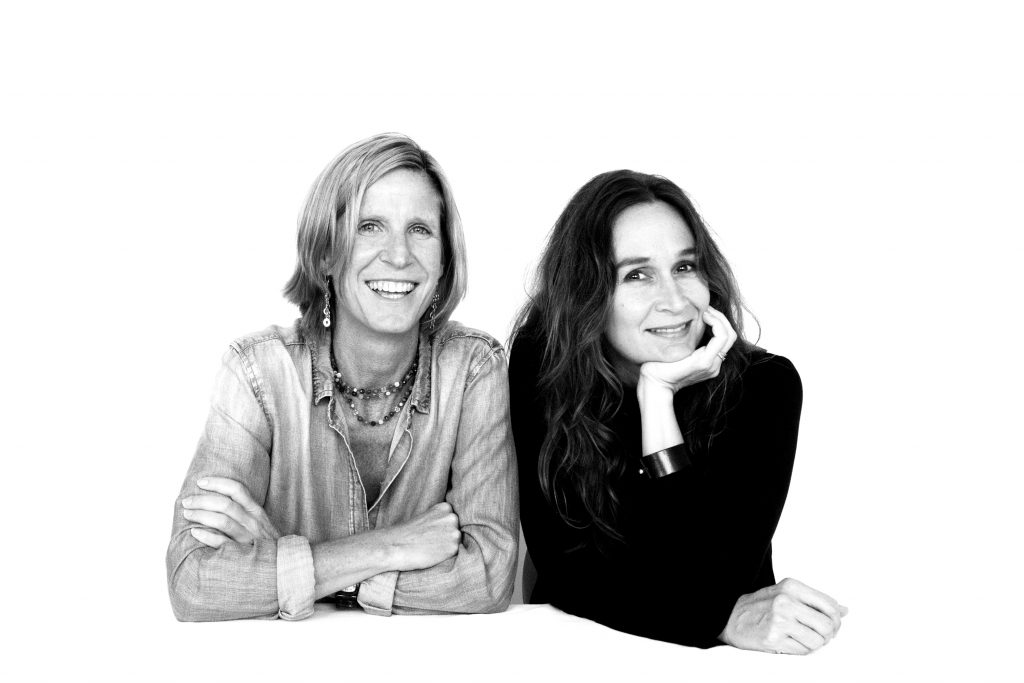 I interrupt your conversation about the Oscars to bring today’s news of a wonderful Nashville fundraiser featuring celebrity pals… but first, about the Oscars. Is anyone else feeling a profound sense of relief – I’ve made lots of mistakes, big mistakes, but thank God I didn’t make that mistake – ?

No mistake about it, Susannah Felts and Katie McDougall brighten Nashville’s literary scene through The Porch Writers’ Collective, Nashville’s Independent Center for Writing.  Their annual fundraiser is approaching, and Mary Laura Philpott helps spread the good word today, here and at Musing…

Lamb and Gauthier have been friends and mutual fans ever since they appeared together at a festival in New Orleans several years ago, so it makes perfect sense that they’d be paired up for The Porch Writers Collective‘s annual fundraiser in Nashville, which brings literary and musical legends together for a night of storytelling and performances. This year’s event, Mercy & Magic, takes place Saturday, March 11, 2017, at Green Door Gourmet.

Susannah Felts and Katie McDougall, founders of The Porch, couldn’t believe their luck when McDougall met Gauthier last year at an event for Deepak Chopra at Vanderbilt. Gauthier not only agreed to join The Porch’s event but enthusiastically recommended that her pal Lamb come on board as well. “Music and literature work on my mind and spirit in different but complementary ways, and I hazard a guess that many people feel the same way,” says Felts, a longtime Gauthier admirer. “As Mary will tell you, she seeks the truth in her songs. She’s a rare breed, the kind of artist whose work leaves you changed.” 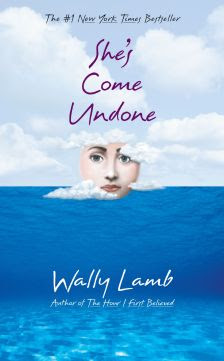 Speaking of art that changes everything: Wally Lamb’s She’s Come Undone has a memorable place in literary history. Look at that cover – can you remember where you were in your life when everyone was reading it? The coming-of-age tale about a troubled young woman named Delores came out in 1992 but took its place in every purse/beach bag/bookshelf in 1996, when it became the fourth-ever selection in Oprah Winfrey’s brand-new book club. The novel launched Lamb onto the literary scene as a storyteller with a knack for capturing distinctive voices.

His follow-up novel, I Know This Much Is True, about a pair of twin brothers, one of whom is schizophrenic, was also anointed by Oprah, and by the time his third novel, The Hour I First Believed, arrived a decade later, fans trusted Lamb to deliver an arresting read. Wishin’ and Hopin’, We Are Water, and I’ll Take You There (released just last fall) have all been New York Times bestsellers as well.

As the author of several short stories, Mary Gauthier is no stranger to fiction herself, although you probably know her words best from her award-winning song lyrics. Not only was her own first major label release, Mercy Now, a top-10 selection by The New York Times, The Los Angeles Times, and Billboard Magazine, but her second album, Drag Queens in Limousines won best Folk/Singer-Songwriter Song at the Independent Music Awards (not to mention the unofficial award of best title ever among anyone who loves drag queens, limousines, and brilliant rhymes). Artists such as Jimmy Buffett, Tim McGraw, and Blake Shelton have recorded her songs. A regular performer at the Grand Ole Opry, she is currently at work on a book about the art of songwriting (yay!).

Guests of the Mercy & Magic event are in for a magical time indeed, says Felts, who isn’t giving away too many details of what will happen onstage except to say that we’ll get to “see how two artists and art forms throw off sparks when brought together.”

Mercy & Magic: An Evening with Mary Gauthier and Wally Lamb

Come hear two legendary artists read between the lines and sing the stories behind the songs in a memorable event that supports the creative, educational, and outreach programs of The Porch Writers’ Collective. Tickets are still available, but this event may sell out soon – so get yours while you can: 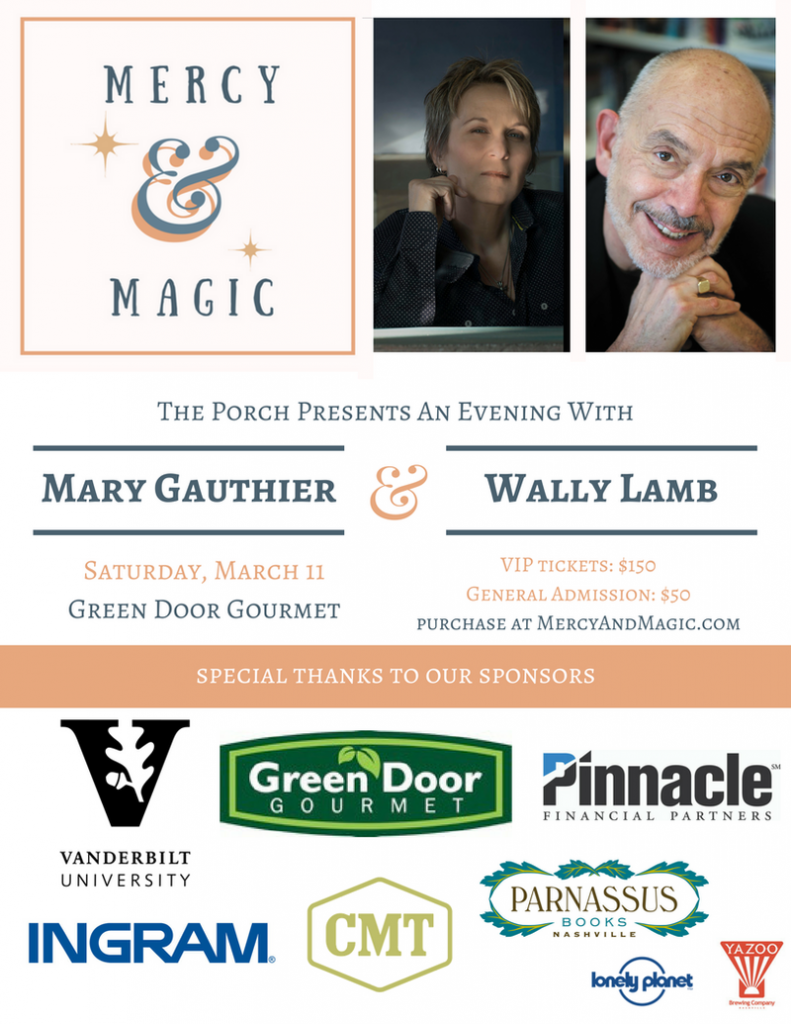