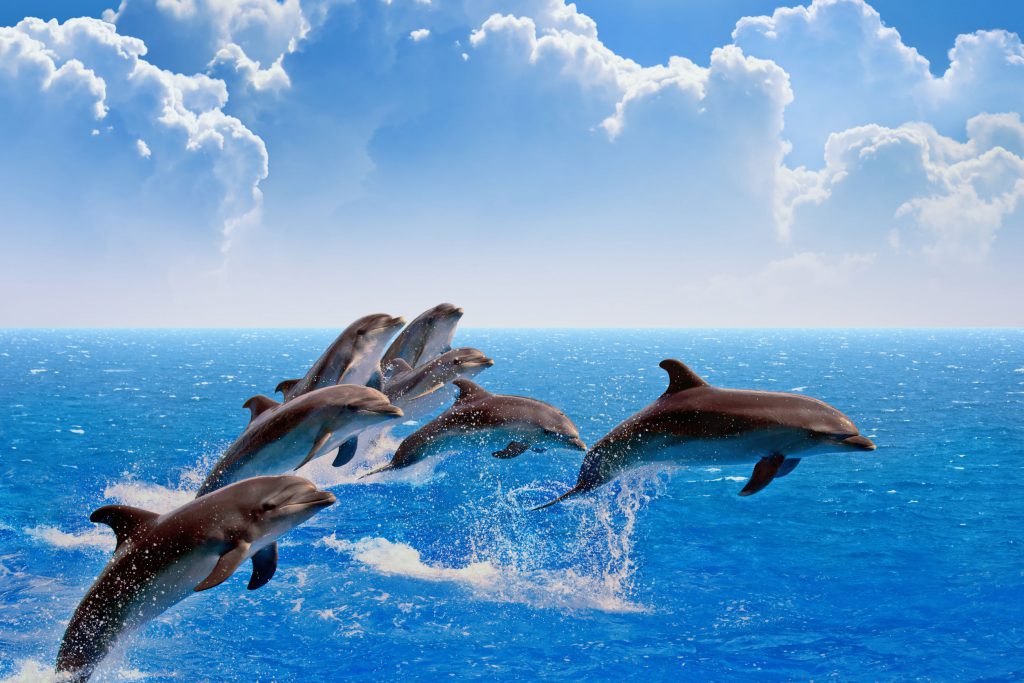 “We want to know, I think, what it is like to be another person, because somehow this helps us position our own self in the world. What are we without this curiosity?” asks Elizabeth Strout (My Name is Lucy Barton, Olive Kitteridge, and the brand new Anything is Possible). Today’s post features eight inquisitive books as we stand at the edge of summer, ready to dive in. 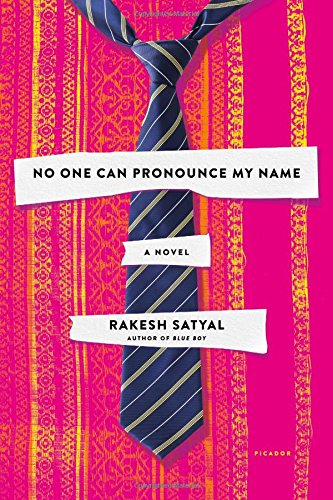 My top pick for Summer 2017 is the funniest novel I’ve read in ages, both frothy and profound, No One Can Pronounce My Name by Rakesh Satyal. Our middle-aged heroine, Ranjana, has lived in a suburb outside of Cleveland ever since she and her husband immigrated from India immediately after they married. Their only son Prakesh has just started college at Princeton, and Ranjana is empty-nesting, hard. What to do? Make a gay friend, of course, who introduces you to another young man, a more recent immigrant, who’s having his own hard time figuring out what to do with his life. Add a gum-chewing receptionist and a road trip and see what happens next. “A bighearted, hopeful, and often very funny novel about the unpredictability of love… as well as a celebration of how, in America, it’s never too late to rethink who you are – or who you might become. Satyal has created a set of characters you’ll cheer for,” writes Hanya Yanagihara (A Little Life). 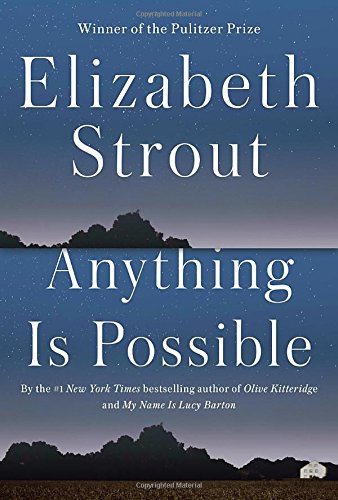 You’ll also care deeply about the ensemble cast in Elizabeth Strout’s radiant new novel-in-stories, Anything is Possible, which shines with the same light as her Pulitzer-prize winning Olive Kitteridge and last year’s bestseller, My Name is Lucy Barton. In Anything is Possible, Lucy Barton has returned to her hometown of Amgash, Illinois, for the first time in 17 years to visit her brother and sister. Lucy is now a famous novelist, and her success is almost incomprehensible to those who knew her growing up dirt poor and odd. But it’s not just her who has changed. So, too, have those who stayed behind, and this novel illuminates their choices, their tragedies, their loves, and their losses. Anything is Possible, like Olive Kitteridge, proceeds as a series of interlinked stories, each focusing on a character connected in this case to Lucy. Things go terribly wrong sometimes, but also unexpectedly right – anything is possible, you know. (One caveat: this novel is probably most powerful if you’ve already read My Name is Lucy Barton.) 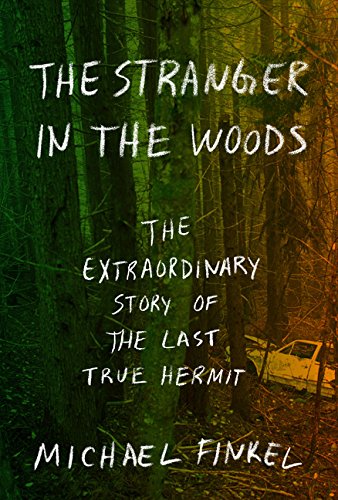 Anything seemed possible to Christopher Knight when he walked into the Maine woods in 1986, abandoning his car and taking just a few basic camping supplies. He had no long-term game plan. He knew only that he wanted to live completely alone, as long as he could. As it turned out, he lasted nearly 30 years before his arrest in 2014. Michael Finkel makes a careful study of Knight in The Stranger in the Woods: The Extraordinary Story of the Last True Hermit. Knight – a living legend in the area – emerged only under cover of night to raid local cabins for food and supplies. He was extremely particular and careful in his thefts: he preferred peanut butter to tuna, he often took books, and he never damaged any property in entering or leaving. After his capture, the justice system had to decide what to do with such a man. Finkel asks the big questions: What kind of person chooses to abandon humanity in this particular way (Knight called Thoreau “a dilettante”)  – and how can this person possibly readjust to living in society? How should society punish someone whose crimes are so significant, in some ways – and yet not so significant in others? How have societies over the course of human history accommodated those with compelling solitary yearnings? 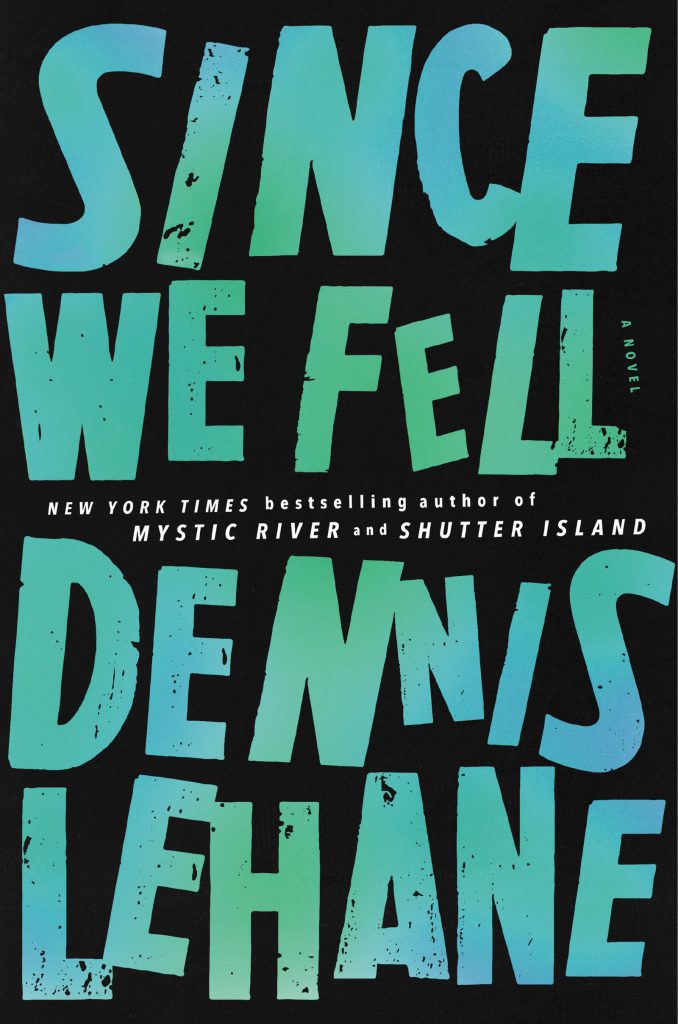 The Stranger in the Woods takes you deep into psychological territory, and so does Since We Fell, Dennis Lehane’s new novel. Lehane has already proven himself adept at suspense (Live by Night, Mystic River, Gone, Baby, Gone, Shutter Island) and pitch-perfect dialogue (as a writer for “The Wire.”) In Since We Fell, Lehane tries his hand at a female protagonist on the edge. Rachel Childs, once a star journalist, has trouble leaving the house due to debilitating anxiety. A new love interest revives her confidence and her ability to function in the world, but is he all he seems? Things get twisted fast in this psychological thriller. Gillian Flynn (Gone Girl) is crazy about it:

Lehane has written two books – one, an insightful examination of the search for identity and belonging, and two, a thriller that constantly leaves you guessing – and then smashed them together into one terrific read. Lehane is the master of complex human characters thrust into suspenseful, page-turning situations. I’ll read anything he writes. 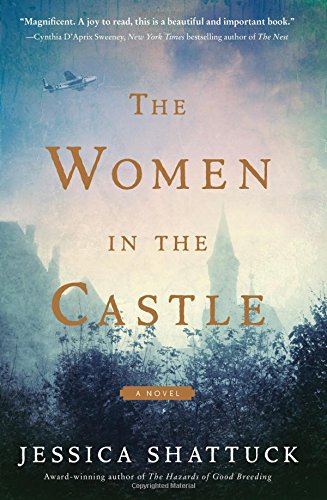 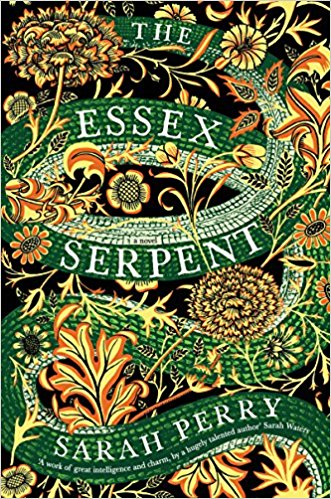 The deep dive into anxiety and suspense in Since We Fell isn’t for everyone. Those who prefer a satisfying swim in the waters of historical fiction might instead consider these two novels: The Women in the Castle, by Jessica Shattuck, and The Essex Serpent, by Sarah Perry.  The Women in the Castle features a World War II setting, ethical dilemmas, and relationships: think The Nightingale. This is high quality historical fiction aimed at a female audience, well conceived and executed. The Essex Serpent reaches further into the past – late 19th century England – and further into the realm of mystery. A young widow leaves London for coastal Essex, unsure of what the next chapter of her life may hold. Right away, it’s the last thing she (or you, reader!) might have expected: a sea serpent famous in local lore may have re-emerged in the waters of Essex. Our heroine has a scientific worldview and must investigate – conveniently, with the help of a hot local vicar. The Essex Serpent was a bestseller in the UK and well-reviewed by proper publications as well. 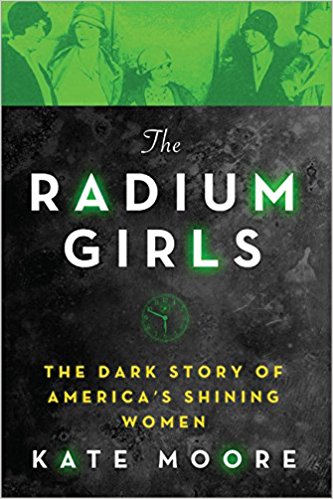 If you’re more interested in history than historical fiction, plunge into The Radium Girls: The Dark Story of America’s Shining Women, by Kate Moore. World War I convulses Europe and America, and young women in factories stateside use delicate paintbrushes to finish the dials of watches with glowing, radium-enriched paint. No one yet knows that the “beautiful radium” of Marie Curie will cause spectacularly gruesome and painful deaths for the young women who keep a fine point on their paintbrushes – with their mouths. Corporations try to buy the silence of those affected, but some young women will not be quiet on the way to the grave. Author Kate Moore first learned of their stories when directing a play in London in the spring of 2015…

… I soon discovered that no book existed that put the radium girls center stage and told the story from their perspective. The individual women who had fought and died for justice had been eclipsed by their historic achievements; they were know known only by the anonymous moniker of ‘the Radium Girls.’ Their unique experiences – their losses and their loves; their triumphs and their terrors – had been forgotten, if ever charted in the first place.

I became determined to correct that omission. 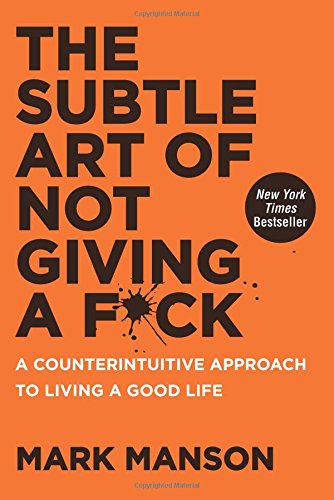 That being said – I may have saved the best for last. It’s a radical little think piece that makes you laugh out loud and shocks you with its language and, in the end, inspires you with its wisdom – The Subtle Art of Not Giving A F*ck: A Counterintuitive Approach to Living a Good Life, by Mark Manson. Manson is a rock star millennial blogger, and this book is clearly intended for his peers. But I’m here to tell you: this book has a bold message for the rest of us too. At heart, Manson’s book is about making choices that reflect and express our priorities and accepting that life will inevitably hold pain and suffering. This book won’t be for everyone, but if you’re feeling scattered and overwhelmed, I promise it will get your attention fast – hold it – and help you figure out what matters most to you.

It’s all about choices, friends. Suit up! Find your deep dive – and enjoy.