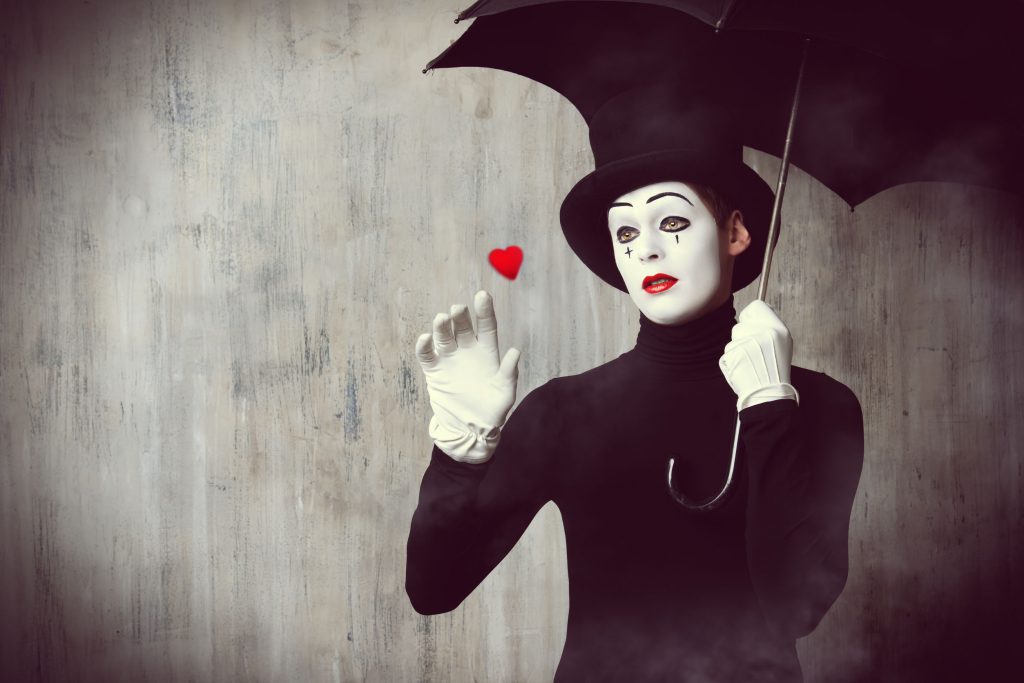 The United Kingdom recently appointed a “Minister for Loneliness.”

Doesn’t that wrench the heart? The hope – and sorrow – in that phrase.

More than nine million people in a country of sixty million said they “often or always” felt lonely. Two hundred thousand elderly people had not spoken with a friend or family member in over a month.

Today, Rabbi Laurie Rice shares her thoughts on connection and community, belonging and loneliness, and Brené Brown’s Braving the Wilderness. 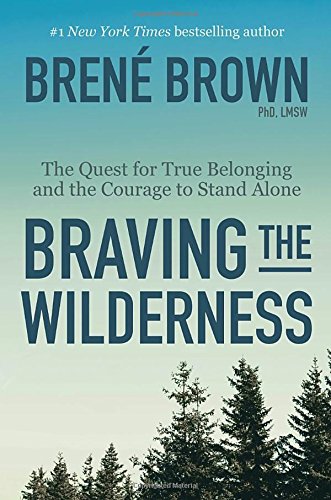 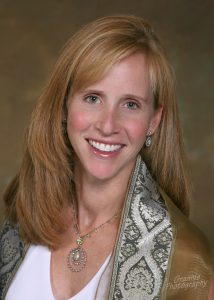 Of late, I have cherished two “mottos” which guide me both personally and professionally.

The first is more of a drawing. Picture a standard 8 x 11 piece of blank paper with a big circle drawn on it. Inside the circle are written the words: Comfort Zone. Outside the circle is the rest of the space and the words: Where the Magic Happens. I am a believer that when we step outside of our comfort zone, the zone simply expands. And we grow right along with it.

The second motto is a simple musing on the nature of confidence. It goes like this: “Confidence is not: I hope they like me. Confidence is: I’ll be fine if they don’t.”

Both of these guiding principles come together for me in Brené Brown’s recent work Braving the Wilderness:The Quest for True Belonging and the Courage to Stand Alone. In an earlier work, Daring Greatly, Brown explores the differences between belonging and fitting in. “Belonging is being accepted for you. Fitting in is being accepted for being like everyone else. If I get to be me, I belong. If I have to be like you, I fit in.”

Brown begins Braving the Wilderness by opening up about her own struggles to fit in and to belong throughout her childhood and into her adult life. As the reader, I could not help but reflect on my own struggles to do the same. Who has not struggled both to fit in and to belong? In Brown, the reader feels like they have a confident and traveling companion through the complicated journey of belonging.

“True belonging is the spiritual practice of believing in and belonging to yourself so deeply that you can share your most authentic self with the world and find sacredness in both being a part of something and standing alone in the wilderness. True belonging doesn’t require you to change who you are; it requires you to be who you are.” This is the definition that Brown offers as a touchstone, noting that, as Maya Angelou once counseled her and thereby us, “The price is high. The reward is great.”

So what is true belonging, according to Brown? It’s recognizing and celebrating that we are all inextricably connected to each other and that our connection is grounded in love and compassion. Understanding this is how we combat loneliness. Now, more than ever, we need to stop “sorting” ourselves, highlighting what makes us different rather than alike. Democrat v. Republican. Conservative v. Liberal. Pro-life v. pro-choice. Every time we sort, we malign and move further away from each other. We do this out of fear. And we are lonely because of it. People are hard to hate close up, so Brown says, “Move in.” I think about some of the amazing work being done by local groups like Common Ground and Better Angels whose mission is to bring folks together from opposite ends of the political spectrum and guide them to get to know one another as people, people who share much in common. Instead of sorting, these groups work to celebrate all that we share as humans. Rather than divide, these groups seek to have us “move in.” This is sacred work, and so much of what we need and crave these days.

One of my favorite takeaways from the book is the idea of “conflict transformation.” This is actually the brainchild of Dr. Michelle Buck, clinical professor of leadership at the Kellogg School of Management at Northwestern University, my undergraduate alma mater (go Cats!). In short, conflict transformation is about creating a deeper understanding by creatively navigating the conversational landscape of differences and disagreements. Buck shares that one of the most courageous things to say in an uncomfortable conversation is: “Tell me more,” or “Help me understand why this is important to you,” or “Help me understand why you don’t agree with a particular idea.” Listening is the key to understanding others.

But wait! There’s more! It’s not just about doing our absolute best to listen to others. Brown maintains that the more we are willing to seek out moments of collective joy and show up for experiences of collective pain – for real, in person, not online – the more difficult it becomes to deny our human connection, even with people with whom we may disagree. That means going to the sporting event or concert and cheering with your neighbors because you are bound by a love of the Titans or Neil Diamond (now I’m just showing my cards). And it means going to the funeral. Why? Because we are wired for connection, says Brown.

I found myself thinking longingly of my days at sleep-away camp on Bass Lake just outside of Yosemite National Park. Summer camp was, for me, the ultimate in human connection. We called it the “Skylake Magic,” a secret recipe of friendship, new experiences, being away from home, and a decent dose of vulnerability. To this day, I visit there often in my dreams. Brown calls this “collective assembly,” a term she borrows to describe “more than just people coming together… instead it is an opportunity to feel connected to something bigger than oneself; it is an opportunity to feel joy, social connection, meaning and peace.

There is so much more that this book offers, too much to write about. Treat yourself to the read and the journey. And let me leave you with the thought of joy, social connection, meaning, and peace.  What more is there? 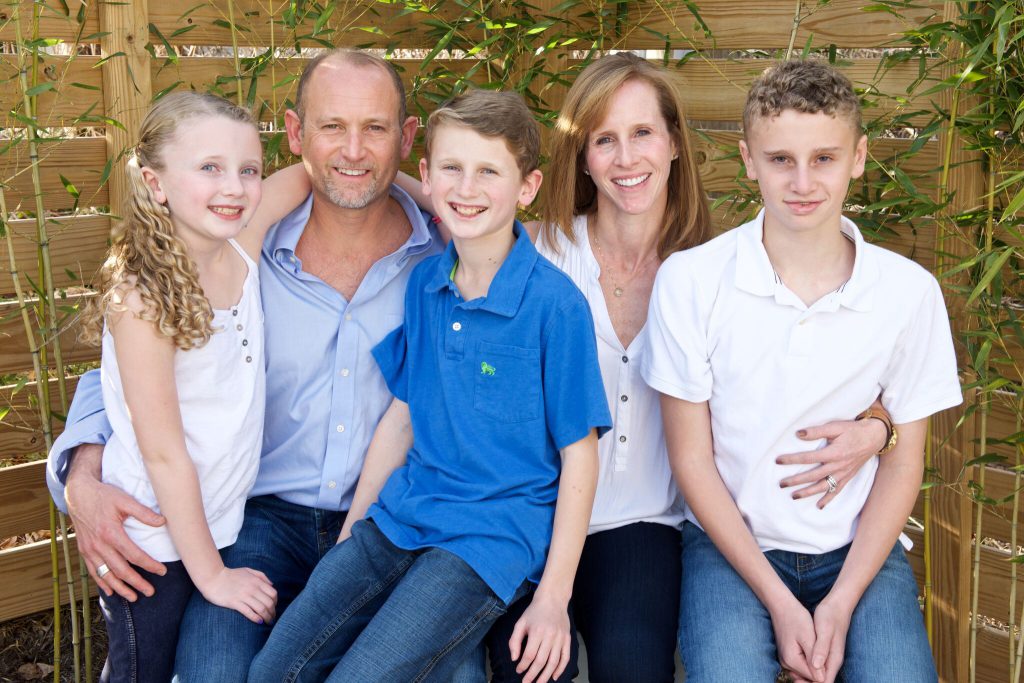 When you first meet Laurie, you think she must be a Pilates or yoga instructor – she’s slim, fit, glowing, and has that aura of wellness. Then you’re introduced. Yes, she’s a Vinyasa power yoga instructor. But you learn that she’s also RABBI Laurie Rice, of Congregation Micah. Wow, you think – just, wow!

Laurie grew up in a suburb of Los Angeles and moved to Nashville in 2006 after a few stops along the way, including degrees from Northwestern University and Hebrew Union College. She chairs the Jewish Institute for Religion’s rabbinic council (Hebrew Union College) and locally serves as an ethics committee member at Alive Hospice and board member of Akiva School.

Laurie’s favorite food is pizza. She enjoys a glass of wine on the regular. She loves sunny days, especially in the fall when the leaves start to change but it’s not too cold. On a perfect day, she might run in Percy Warner Park, practice yoga, have a massage, eat lunch with girlfriends, shop with her 11-year-old daughter, and go to bed early. On another perfect day she might enjoy the sunset in Hawaii or the campfire at Skylake Yosemite Camp.

Some of her favorite books lately include Where’d You Go Bernadette? by Maria Semple, The Tea Rose by Jennifer Donnelly, and Love Warrior by Glennon Doyle. Favorite books ever? The Temple of My Familiar by Alice Walker and The Poisonwood Bible by Barbara Kingsolver. “Game changers,” she calls them.

Laurie is married with three children and a one-legged dog. She hopes that her children will learn from her to be kind, honest, and hardworking, and to cherish family and friends. The hardest thing about parenthood is being a role model, she says. It’s also the best thing about being a parent. Her own parents set a great example for her: “We had family dinners often, we vacationed together and created fun memories. They didn’t make us the center of the world, so we learned to be independent and self-reliant.”

Her kids teach her not to sweat the small stuff and to enjoy the moment – to live in the present. “Every moment offers everything,” she says. “Being present is what I want to be good at.” Amen. 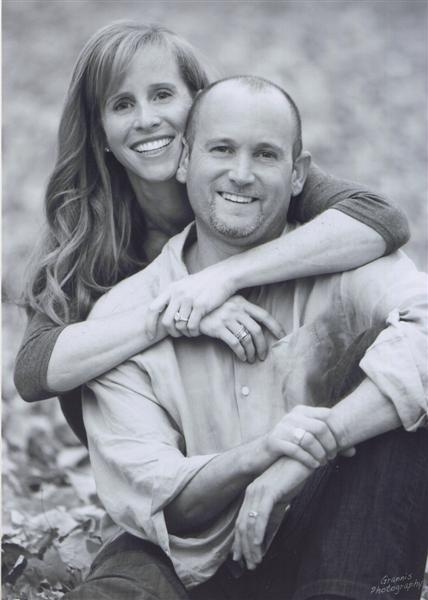 One final note: Laurie, thanks for being present when I had the bloody nose that wouldn’t quit and you hung out with me in the bathroom even though everyone else was at social hour.