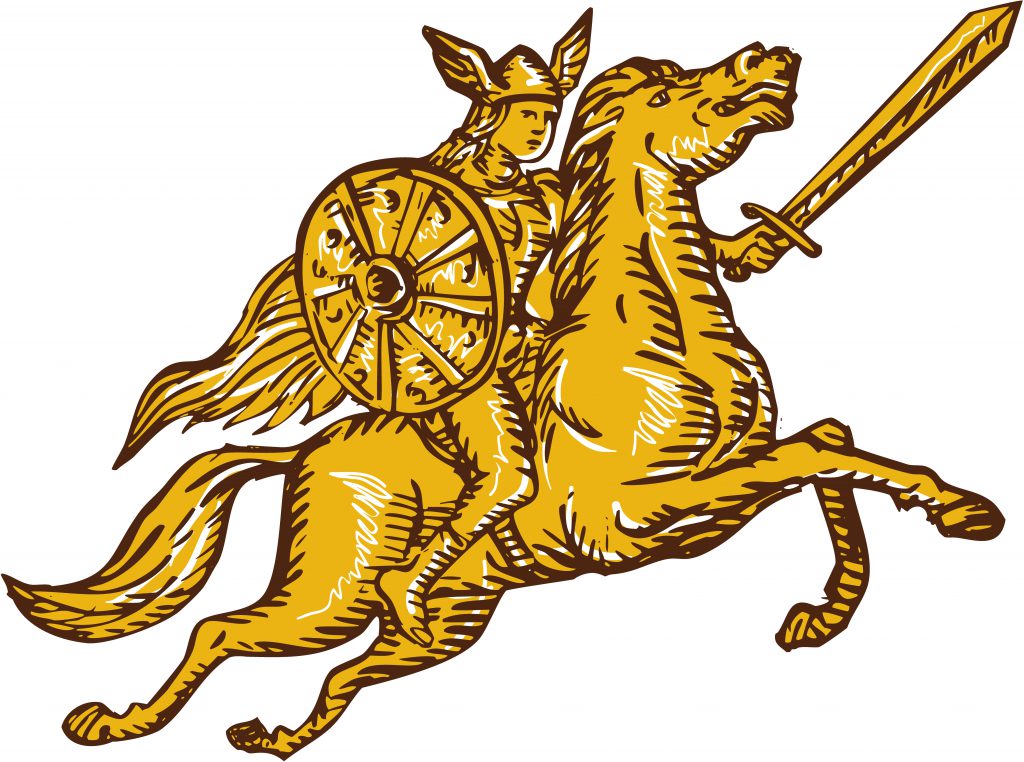 Thank God for the people who survive their harrowing childhoods and live to tell their warrior tales. Thank God for the novelists who imagine courage in the worst of circumstances. They inspire us – the truth tellers – for truth and bravery take many forms. Mary Raymond returns to Bacon today with a compelling account of two hot current reads featuring heroines who transcend dire family circumstances – Educated, by Tara Westover (New York Times bestselling memoir) and My Absolute Darling, by Gabriel Tallent (debut novel). These reads horrify – enlighten – enrage – and embolden.

Tara Westover will be speaking to a big crowd at Lipscomb University in Nashville this Monday night, May 21st, at 6:30 – there’s plenty of room, no ticket required, please join us if you’re in town! 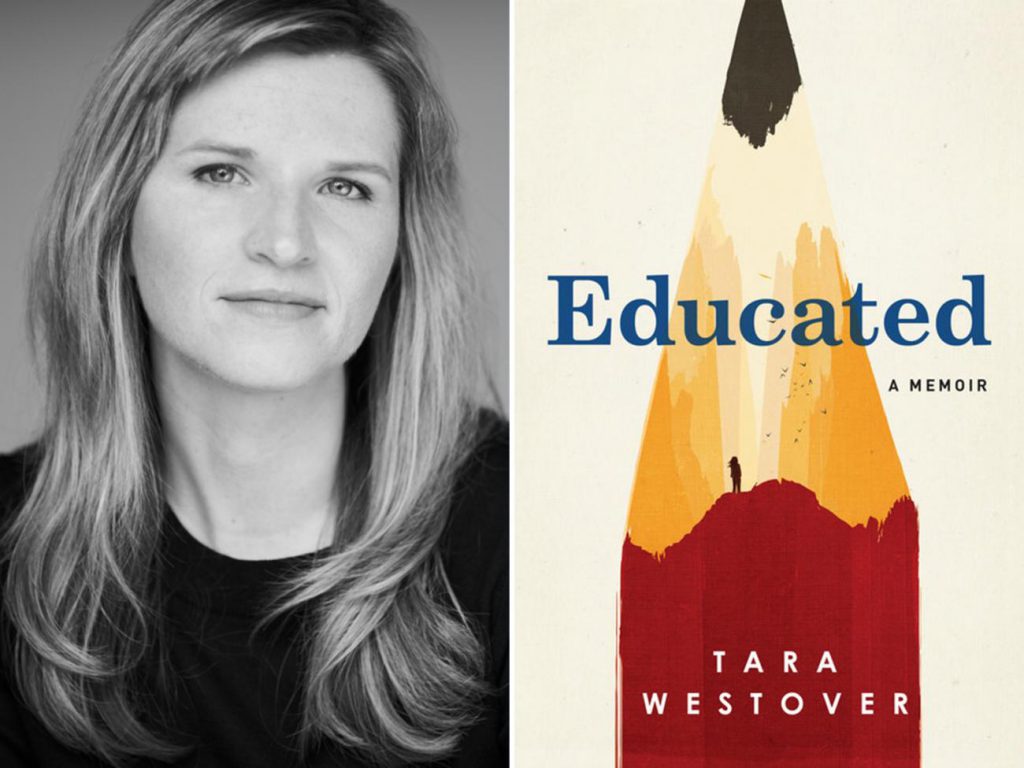 My high school U.S. history teacher once told me that one of the world’s most avoidable tragedies was getting stuck waiting somewhere without a good book to read. I think our class only made it up to somewhere around the Teapot Dome Scandal that year before school let out for the summer, but by then I already knew she was a wise woman. She delighted in the democratic institutions of libraries and public schools while simultaneously demanding that her students work hard to earn these free gifts. She understood that learning how to learn would help us make better sense of the world around us – and of ourselves.

I think it’s a safe space to reveal this here on Bacon on the Bookshelf: I read all the time. Sometimes I pick a book that seems like it will appeal to me, and I just slog my way through hoping at some point I understand why the critics raved. Sometimes I read to attempt to chip away at my own ignorance about a new topic of interest. And sometimes I stumble upon a book that transports and touches me so deeply I keep thinking about the characters long after their stories have closed. I have read two such books in the past six months: Gabriel Tallent’s debut novel My Absolute Darling and Tara Westover’s memoir Educated. Both books tell the stories of young girls coming of age with survivalist fathers who are dismissive of education, modern medicine, and anyone who doesn’t share their apocalyptic world views.

My Absolute Darling asks a lot of its readers. 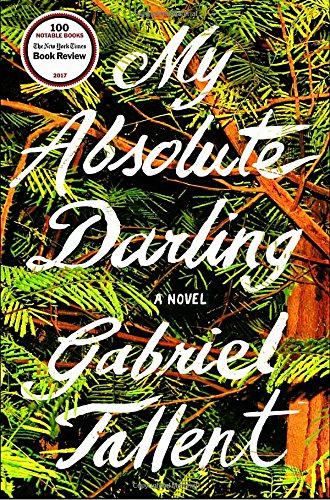 There are graphic depictions of physical, psychological, and sexual abuse throughout the novel. Interspersed with this violence are frequent, near reverent meditations on the northern California landscape which provides the setting. I suspect that this is as much to offer the reader a respite as to reinforce that this is the only environment where Turtle Alverson, the novel’s fourteen-year-old heroine, feels self-assured and secure.

Turtle lives alone with her father, Martin, who comes across as a cult leader with a following of one. He is intelligent, handsome, charismatic, and terrifying. He has taught his daughter all the skills she needs to survive a future apocalypse but merely shrugs when Turtle’s teacher Anna voices concerns about her academic struggles and lack of socialization. Turtle senses that she must protect Martin from Anna’s interest without raising his suspicions about where her fealty lies. She has spent her lifetime loving a father who purports to keep her safe from a dangerous world by starving her of any of the resources which would allow her to question her own loyalty to such a violent man.

She is slowly waking up to the reality that she will have to run away from Martin while struggling to form an identity apart from him. Tallent reveals Turtle’s inner conflict in stages, and the crescendo comes when she meets Jacob, a teenage boy whose eyes meet hers with open admiration and affection. She knows that it is not safe to let anyone into her world, but she is mystified and delighted by Jacob’s loving family, his easy self-assurance, and his uncomplicated offering of friendship and love. She learns too late what it will cost her to try to leave Martin, and the damage he inflicts on those around her reinforces her own worst beliefs about herself.

Tallent reveals Turtle’s conflicting feelings about her father with the limited emotional language of someone for whom love has always been divorced from security. Turtle’s wound of self-hatred never fully heals, but her journey is one of the most honest and moving depictions of fighting to escape an abusive relationship I have ever read.

In Educated, Tara Westover relates the story of growing up in rural Idaho in a large family of Mormon survivalists. Her father reacts to the fatal standoff at nearby Ruby Ridge by redoubling his efforts to keep his family entirely off the grid. He largely succeeds: Tara is nine years old before she is issued a birth certificate. Tara and her sister and brothers don’t attend school, instead working alongside their parents as they all prepare for the coming Days of Abomination. Their work in construction and scrapping is dangerous, and Tara witnesses her siblings experience severe burns, concussions, and lacerations which are treated only with her mother’s herbal remedies.

While Gabriel Tallent allows us to witness Turtle Alverson’s conflicted emotions about her life with her father, Tara Westover accepts her parents’ teachings without question. She has small windows into life outside her family’s sheltered existence when she visits her maternal grandmother or participates in musicals in a nearby town. Even so, this exposure to even marginally different social customs and religious values serves only to reinforce her devotion to her family’s way of life. Like Martin Alverson, Tara’s father has the intelligence, confidence, and bunker mentality of a cult leader, and the echo chamber of his family’s cloistered lifestyle offers no countervailing views.

For Tara, the impetus for change comes as she experiences escalating physical abuse at the hands of her older brother, Shawn. Her parents rarely intervene, but after one brutal episode her brother Tyler tells her candidly: she must leave for the sake of her own safety. He offers her the same exit strategy he has taken: gain admission to Brigham Young University and leave the family behind.

Here Tara lets us see the positive byproduct of being raised in an environment where nothing comes easily. She has the tenacity to teach herself how to take the ACT and keeps going even when she suspects the whole idea is arrogant fantasy. Tyler explains to her that BYU will accept her even without a high school diploma if she scores well enough on the test and indicates that she has been homeschooled on her application. Remarkably, she scores a 28 on the ACT and gains admission to college at the age of sixteen.

Her first year at BYU exposes her to an entirely new world, but her fight for survival continues. She works multiple jobs to pay the bills, struggles to learn how to write papers and prepare for exams, and feels isolated from her classmates who practice a less rigid form of Mormonism than her own. Tara doesn’t fall in love with learning right away, but she begins to question her father’s teachings for the first time when she realizes how his inaccurate understanding of the events of Ruby Ridge robbed her and her siblings of exposure to the wider world.

Initially she enrolls mainly in music classes because she believes that becoming a choir director is an acceptable career choice for a woman. However, as her world broadens with each new class, she wonders if there is something wrong with her for being drawn to “unwomanly” subjects. Though she never finds the words to pose this question directly, her Jewish history professor speaks to her inner conflict with advice which will become a guiding principle: “First find out what you’re capable of, then decide who you are.”

She barely trusts his faith in her but accepts his offer to participate in a study abroad program at Cambridge anyway. There she meets another professor who encourages her interest in historiography. She recognizes her own editing of history when she rereads journals from her childhood where she has written about her loving older brother Shawn. With time and distance, she understands that her coping mechanism of shutting off all emotion has made her an unreliable narrator of her own history.

As Tara gains confidence in her academic abilities and begins to feel less like an alien in the world, her connection to her family slowly unravels. As the years go by and they sense that she no longer accepts their teachings as gospel, they cut her off and accuse her of blasphemy. She continues her education and attempts to heal herself, make sense of the world, and examine the limits of family obligation.

After completing her undergraduate degree at BYU and earning an MPhil from Trinity College, Tara was ultimately awarded a PhD in history from Cambridge.

Tara and Turtle stayed with me long after I finished reading their stories. Daughters of survivalists, they both brought impressive survival skills to the world. Forming one’s identity is challenging for everyone, but most of us have the benefit of relying on a diversity of voices as we figure out who we are. It took tremendous courage for these young women to develop positive senses of self-worth when their formative years only offered a feedback loop of negativity. When concerned teachers and friends helped them understand what they were capable of, they had the opportunity to reject limiting narratives and discover their own beautiful potential. 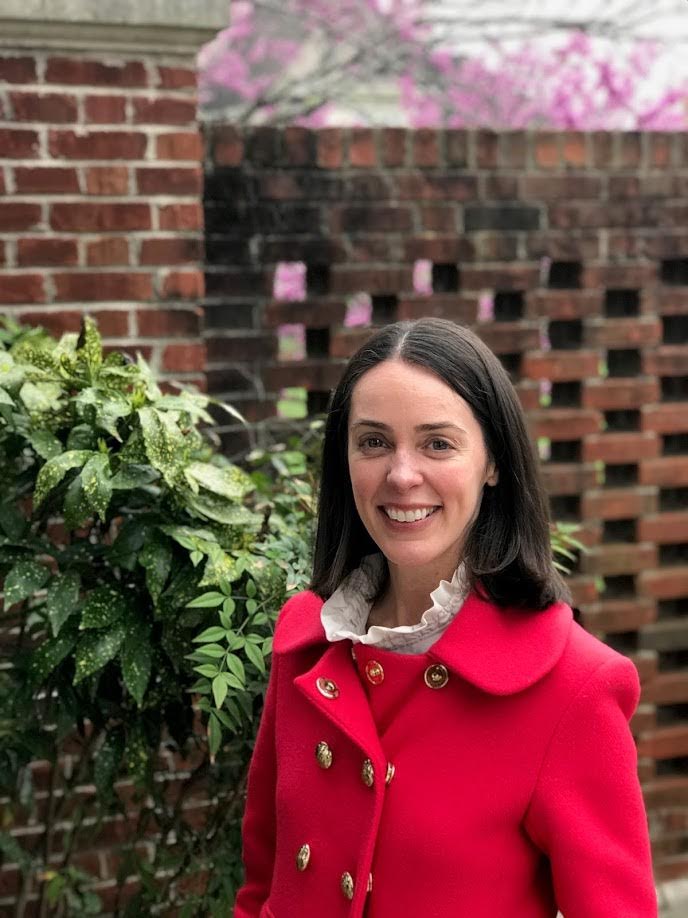 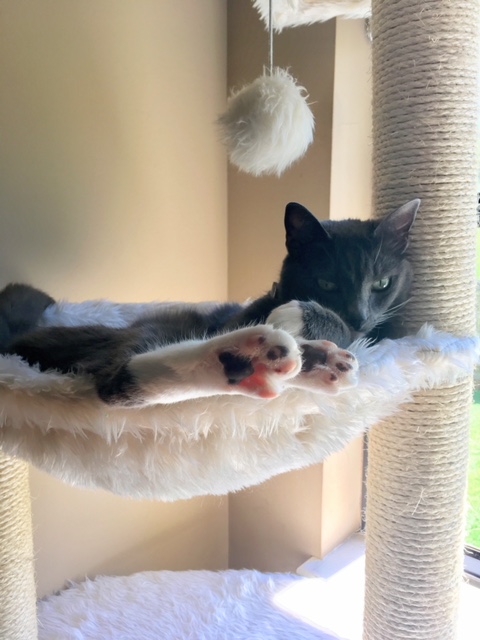 Mary’s cat Mavis is a believer in the importance of a good education, but never at the expense of a better nap.

If you need a moment of 80s Badassery this morning to supplement Mary’s Survivalist post: turn the volume up to 11 and enjoy Patty Smyth. The video is a little kooky (is it meant to be a play on “Cats”?) – but the attitude is just right.