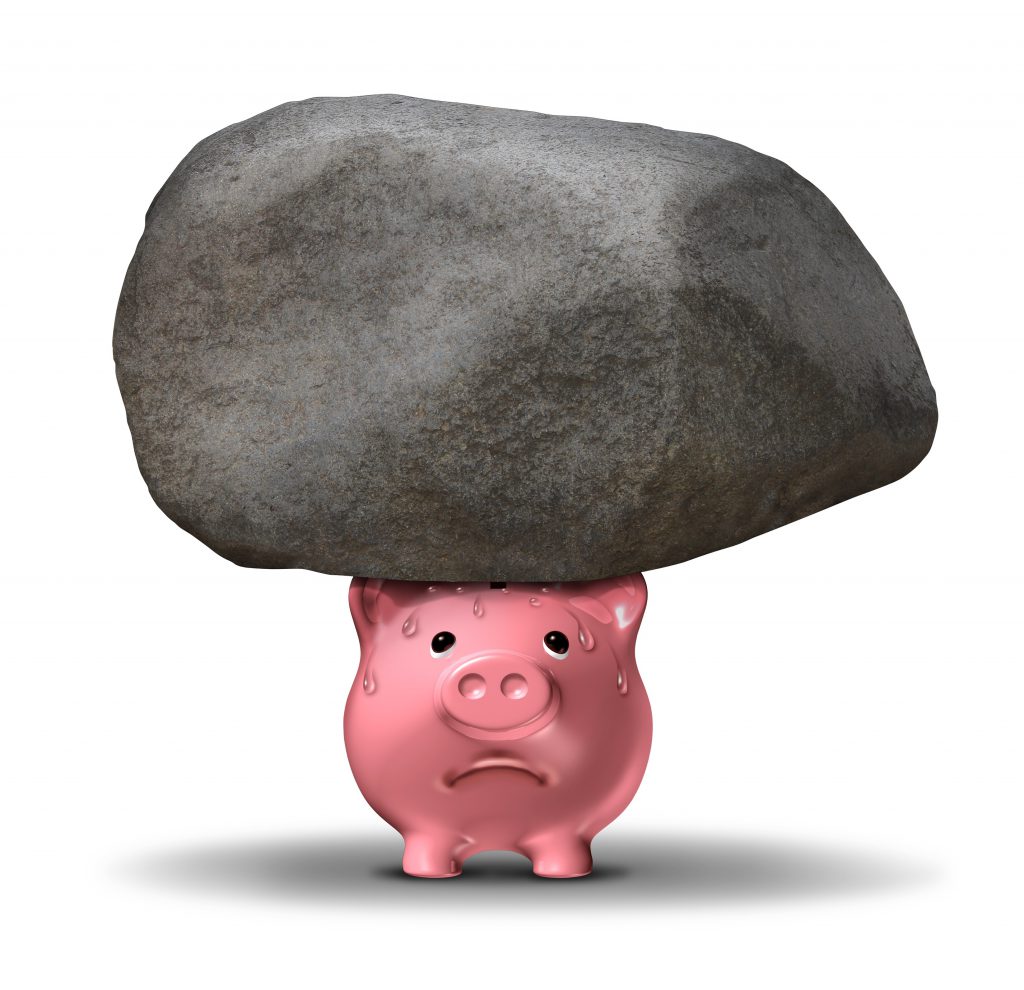 I don’t feel great in the fearsome months of May and December – do you? (Speaking as a person who’s wound pretty tight already.) I’m grateful that mental health gets a lot more attention than it used to.

Matt Osborne returns to Bacon today with a feature on Mental Health Awareness Month and the provocative, heart-wrenching work of artist Derek Hess. (You can find Hess’s work on album covers – and at the Louvre.) 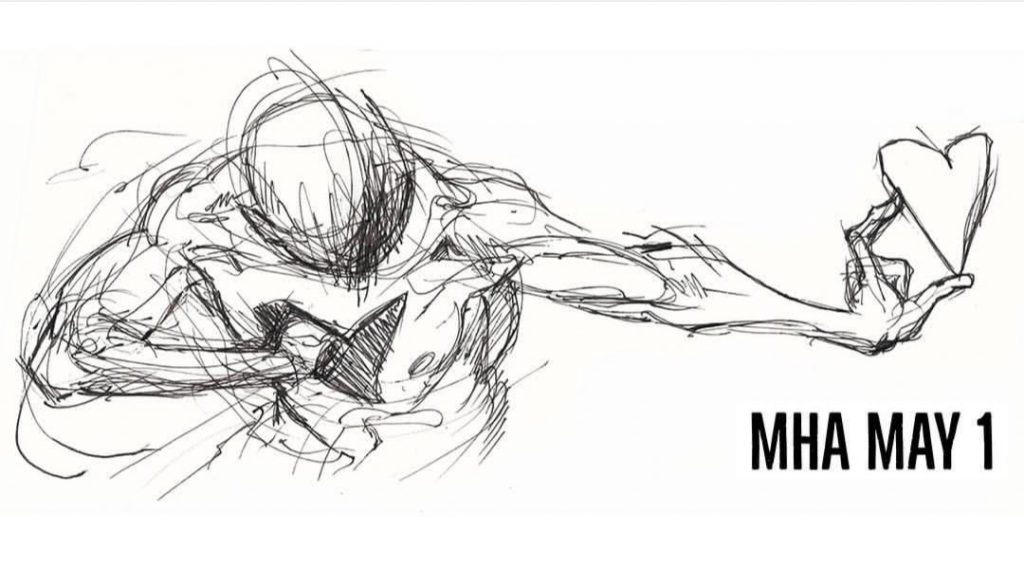 Each year, May is Mental Health Awareness Month in the United States. In May of last year, visual artist Derek Hess posted to his Facebook and Instagram accounts a different daily image that reflected on his life with dual diagnosis. The purpose was to bring attention to persons living with mental illness and addiction issues, and to show that despite the feelings of darkness and hopelessness, “there is a light that can be reached and it is not a life sentence, it’s chronic, but does not have to be fatal.”

Derek now has collected and published these images (along with a great deal of additional, related material) in a new book entitled 31 Days In May: A Visual Journey of Mental Illness and Addiction. 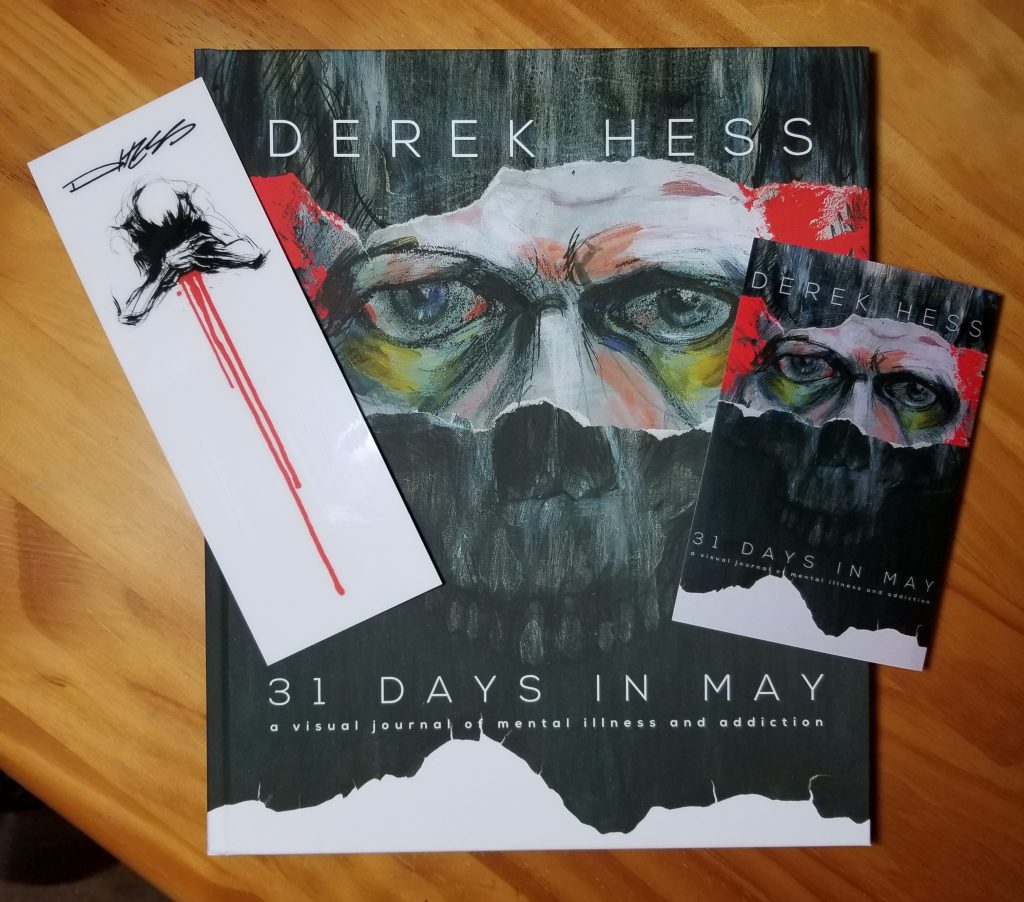 Derek’s longtime business partner has described the book, and the intent behind it, this way:

What started off as self-exploration quickly turned into a personal journey for many dealing with their own mental health and addiction issues. Topics such as loneliness, relationships, depression and suicide are beautifully and painfully depicted throughout this book with the hope that it not only helps alleviate some of the stigma surrounding mental illness, but also helps to educate readers.

For those of you who may be unfamiliar with Derek Hess, he is a Cleveland-based artist who cut his teeth designing promotional flyers for bands that he booked to perform in the Cleveland area. He subsequently expanded into posters , album covers, fine art prints, book collections, a clothing line, and inclusion in the permanent collection of The Louvre.

Derek is an artist of relentless intensity and consistent integrity. To borrow a Spinal Tap reference, Derek’s work is always on 11.

Derek is also, as noted above, a person living with dual diagnosis, meaning that he has been diagnosed both with a mental illness (bipolar disorder) and a substance abuse disorder (alcoholism). Dr. Joseph Calabrese, a professor of psychiatry and a mood disorder program director, writes in the forward to 31 Days that “[a]fter studying the diagnosis and treatment of serious mental illness for 38 years, I have never met a person who had more insight into the lived experience of serious mental illness than Derek Hess.”

Fortunately for us, Derek has chosen to share his insight and lived experience, first online, and now in book form in 31 Days.

William Styron’s Darkness Visible: A Memoir of Madness likely always will be the preeminent examination of the personal journey through mental illness. 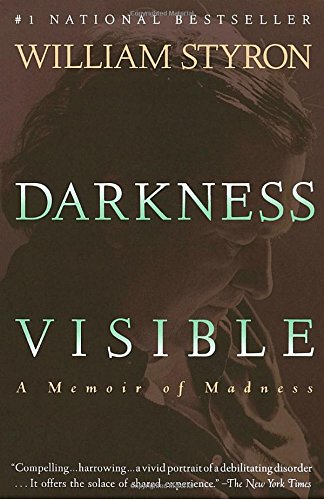 Derek is a visual artist, so in his book, naturally, the images take precedence. Yet there are parallels with Styron’s memoir. There are winged figures throughout 31 Days, which call to mind Styron’s quote of Baudelaire: “I have felt the wind of the wing of madness.” 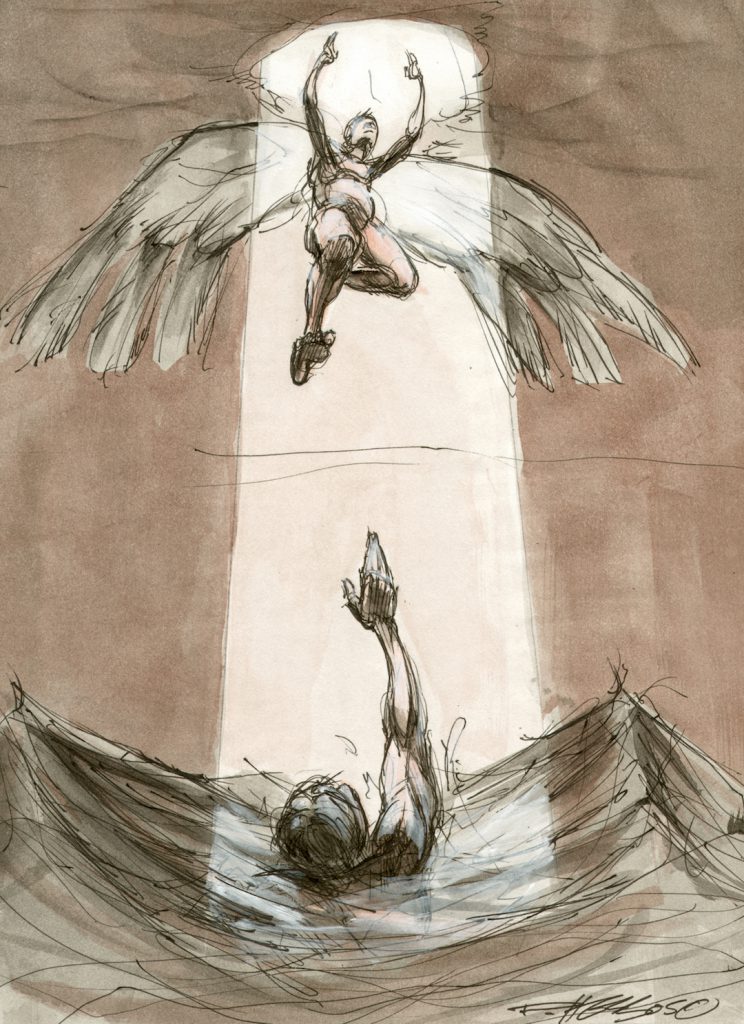 Derek annotates his May 3 image (“It’s Time”), which represents the suicidal ideation that often results from mental illness, as follows: “You are always looking for the exit.” Styron similarly notes, “because there is no escape from this smothering confinement, it is entirely natural that the victim begins to think ceaselessly of oblivion.” Derek’s May 5 image (“Sunshiny Day”) represents the burden of the person with mental illness who must continue to interact with the rest of the world: “[Y]ou still have to wear an ‘Everything is OK’ mask.” Styron makes the same observation: “[The sufferer] must, despite the anguish devouring his brain, present a face approximating the one that is associated with ordinary events and companionship.” For the May 13 entry (“Ex-ed II”), Derek notes that during the more acute episodes of mental illness, “[e]verything is amplified, including your lack of self-worth. You literally feel the pieces fall apart.” Styron comments on the “general feeling of worthlessness,” and notes that “[l]oss in all of its manifestations is the touchstone.” 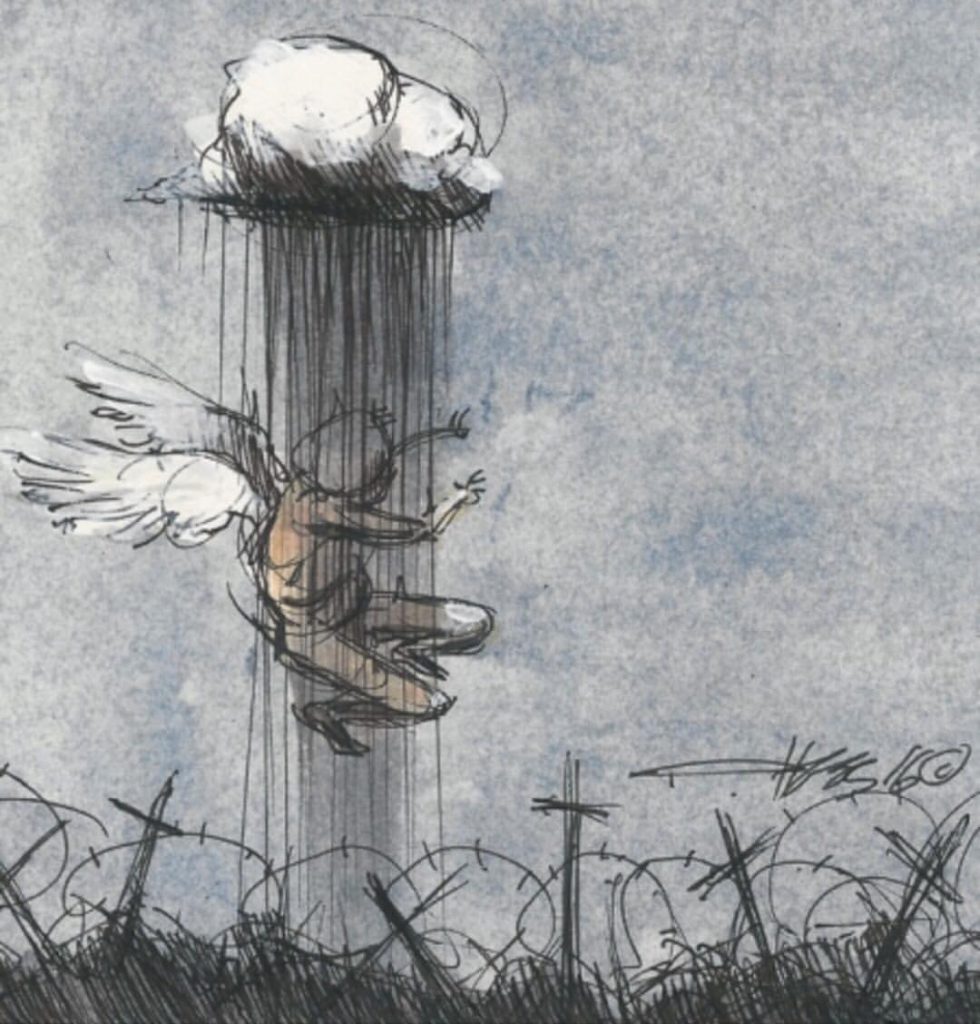 And for a final comparison, Derek’s May 18 entry (“The Spiritual Death”), depicts a winged figure with a hole in his chest, Derek having drawn the hole much darker than any other portion of the image. Derek explains that this represents “an execution of my soul.” Styron likewise described his depression as a condition in which “faith in deliverance… is absent,” the “pain is unrelenting,” and there is a “hopelessness… that crushes the soul.”

From Darkness into Light

The images Derek shared in 2017 (and that now are collected in 31 Days along with the companion pieces) are difficult to view and process. Yet they are extraordinary in their honesty and viscerality. Derek is renowned for a reason. I will not attempt to describe the images. I will say simply look at them, look at them again, and then look at them again. They seize the eyes, then the heart, then the soul.

There are angels and cherubs, hearts and souls, garbage and gravestones, rain and blood, arrows and lances, skulls and bones, birds and nudes, oceans and icebergs, bombs and bear traps, scaffolds and crosses . . . and at the end, in the May 31 image, bandages and light.

This glimpse of hope at the end, despite the gravity of the images that have gone before it, does not ring false, for we know that Derek, the author of these dark images, survives. Derek found the means to recover, and now as part of that recovery, he opens himself to us. His work stands as a source of understanding and hope, and serves to dispel the stigma associated with mental illness and addiction. 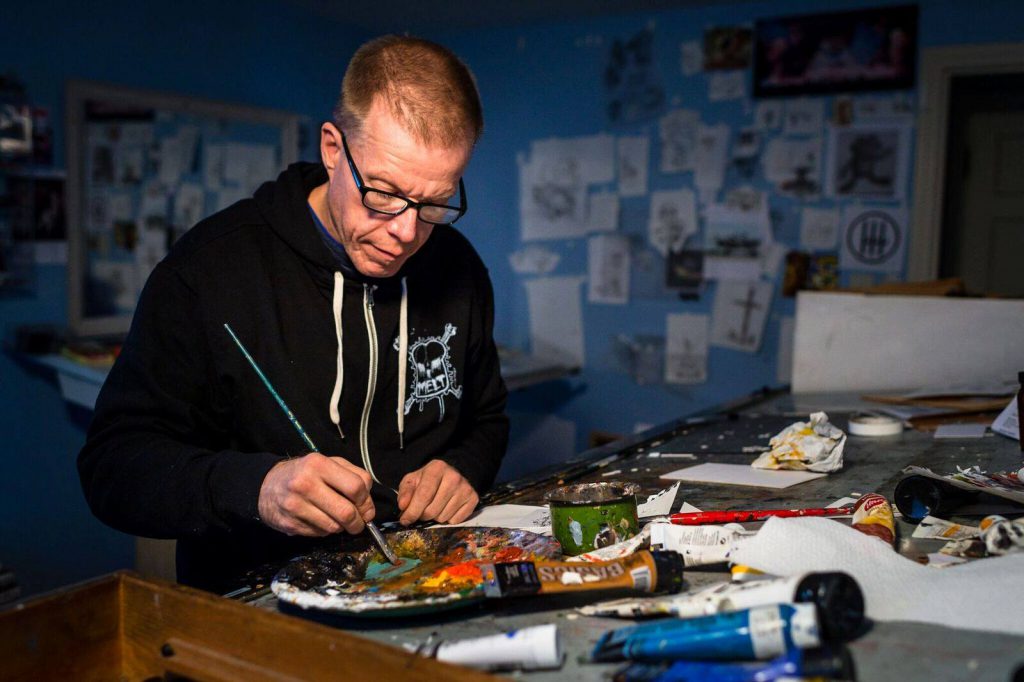 And that seems to be the takeaway of 31 Days – mental illnesses and addictions, despite their unique challenges, are illnesses like any other in that they are painful and often debilitating, trying for the sufferer and those around him or her, mysterious in origin and agency, and indiscriminate in their choice of quarry… yet also like other illnesses, the full panoply of responses and outcomes is available for them. They can be recognized, accepted, accommodated, managed, coped with, stared down, fought, and, on occasion, felled in battle. 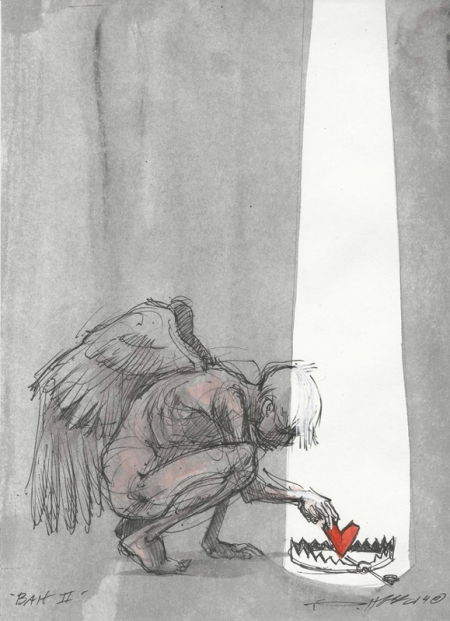 In 31 Days, Derek gives us this truth. There is darkness, and there is pain, yet as Derek tells us from his own experience, “hope remains within reach, even in situations overwhelmed by struggle.”

I will work to keep that thought with me this May and beyond – “hope remains.” 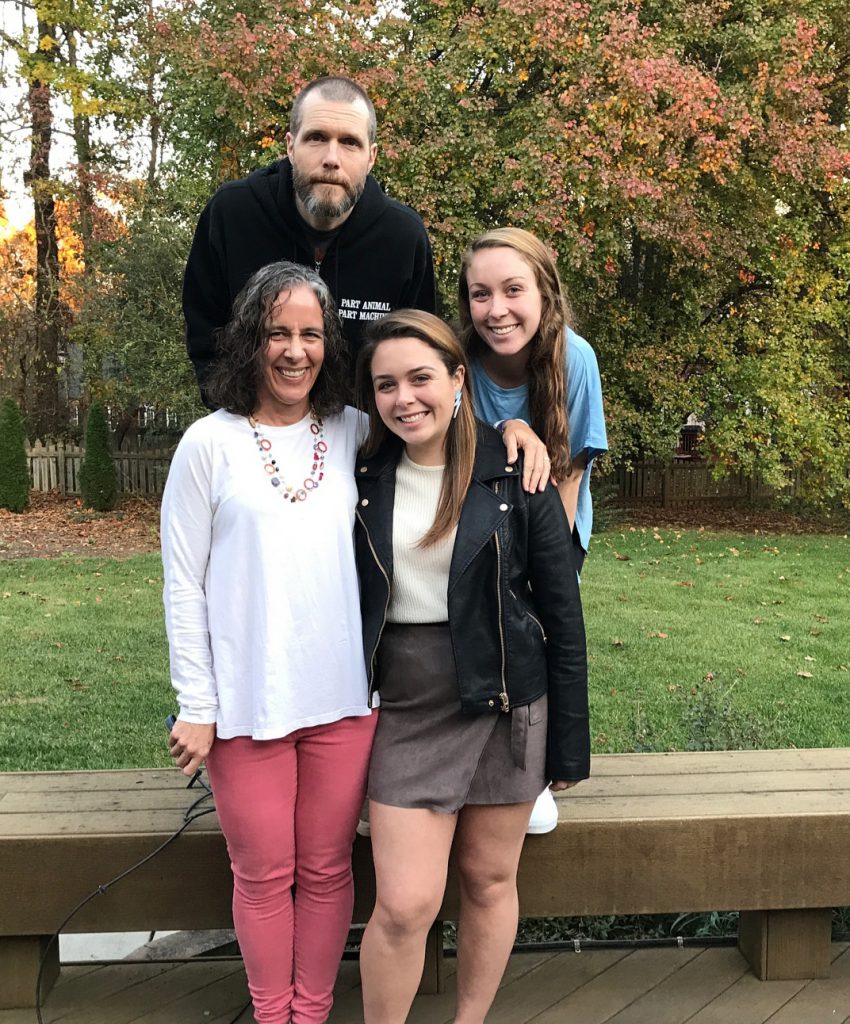 On purchasing the book, from Matt: For the time being at least, the book appears to be available only directly from Derek, either at his website (http://derekhess.com/portfolio-items/31-days-in-may/), or on his current book tour. Derek originally sold the book through a GoFundMe page, with a portion of the proceeds going to two national mental health organizations – Hope for the Day and Mental Health America. Similarly, a portion of the sales from the tour will be donated to the local mental health organization of each hosting venue’s choice. (Unfortunately for you Bacon locals, the tour itinerary currently does not include a Nashville stop.)

I would encourage you, Bacon readers: talk to your doctor if you’re self-medicating with alcohol. Ask your closest girlfriend if she knows a good counselor. Or ask me.

One final thought: this post brings to mind the great children’s classic, Sylvester and The Magic Pebble, by William Steig. Have you read it? It is about many things, including – perhaps – despair and depression. 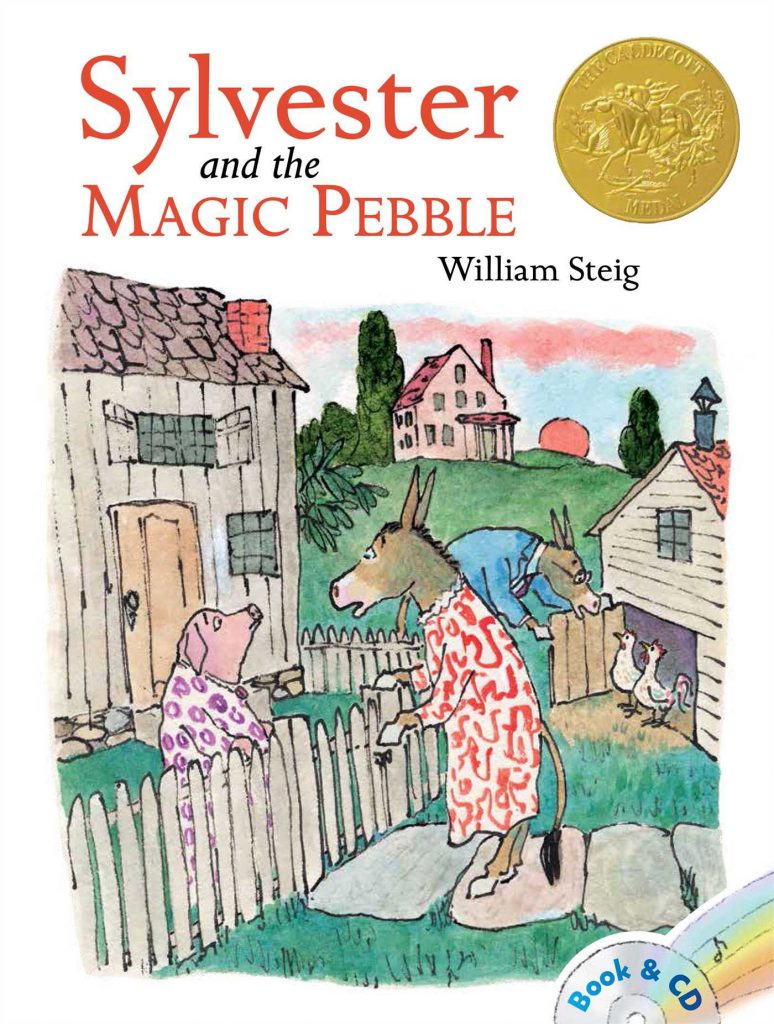