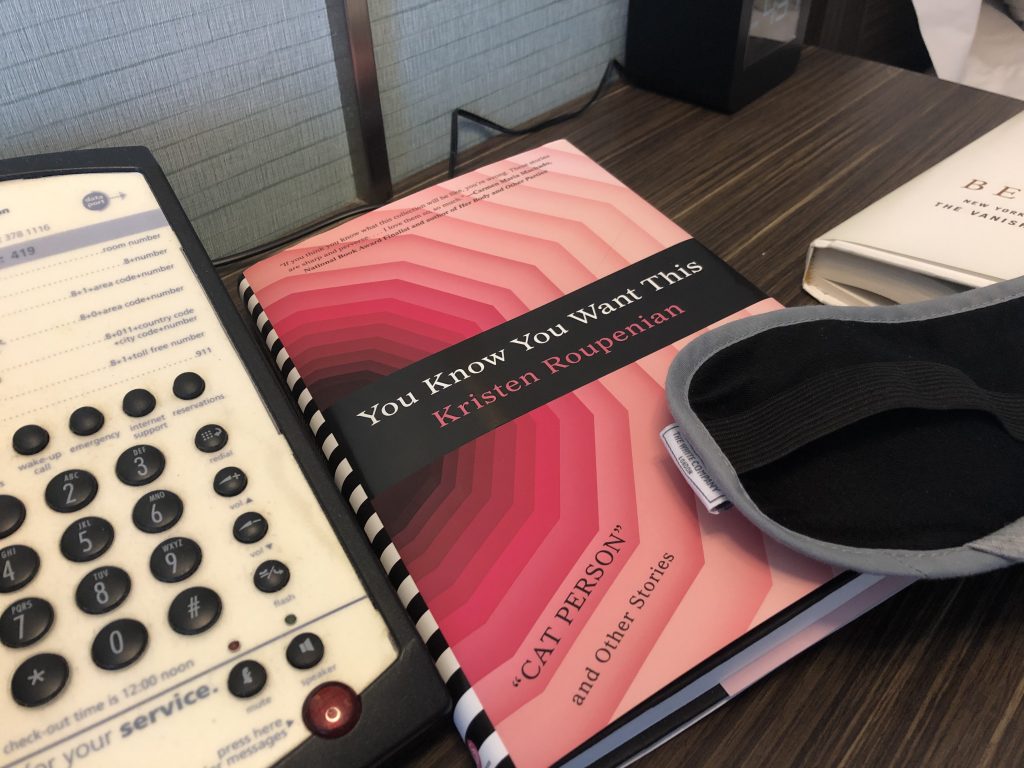 I found myself in the cold embrace of Middletown, Delaware this week – but also hot under the collar. It’s rare for me to dislike a book so much. You Know You Want This, says Kristen Roupenian. But maybe you don’t.

Roupenian skyrocketed to internet fame some months ago when her short story “Cat Person” (originally published in the New Yorker) went viral. A college student works at a movie theater concession stand and she flirts with men buying popcorn and candy as part of her job. She meets an unusual guy; they develop an interest in each other and maybe even a deep friendship through texting; she ends up in bed with him. Not a shock. But the story gets creepier as it progresses and definitely packs a wallop at the end. Perhaps it’s not a total shock: he’s not exactly who he seemed. The story asks what it means to get to “know” someone through texting. It asks why we take certain risks. Why we do some things we don’t want to do. It reminds us that guys are sometimes creeps and girls sometimes make stupid choices. I would love for my teenage daughters to read this story as a cautionary tale.

I’m not opposed to this particular story. In any regard.

What I don’t like is the company it keeps. In Roupenian’s debut collection, the world is an unremittingly toxic place, especially for young women but also for young men. Sexuality is an ugly monster. The people around you are likely to be ugly monsters. (Roupenian’s stories sometimes veer into fantasy.) Why don’t we all just give up on each other right now?

These stories Wore Me Down and Made Me Feel Like Humanity is Horrible and Worthless. I don’t think a good book should leave you feeling this way. And I don’t want you to go out and buy this book unless you just want to wallow in depravity. Here are the stories, in short:

In “Bad Boy,” a couple lets a good friend stay with them after he goes through a bad breakup. The couple ends up totally controlling his life, in the bedroom and otherwise. He acts out a devastating fantasy – a fantasy of theirs – and they leave him alone to face the consequences.

The interesting question this story asks is: What do you feed in yourself? Once you start indulging your worst impulses, where might they take you? Even though this first story was hard to read, it was well written and provocative. I kept reading.

In “Look at Your Game, Girl,” a 12-year-old girl meets a creepy guy at the local park. She’s watching the skateboarders, he’s watching her. She thinks about meeting him at the park after midnight (as he’s asked) but eventually has the good sense not to. Polly Klaas is murdered that same night by a different man, and the narrator never gets over it.

In “Sardines,” an 11-year-old birthday girl plans a party that just might kill all of her frenemies – and her mother’s frenemies – who attend. I’m three stories in at this point and am starting to question Roupenian’s outlook.

In “The Mirror, the Bucket, and the Old Thigh Bone,” a princess who has her choice of suitors finds that she can only ever truly love herself. This might be the creepiest (but also best) story in the whole book. Fairy tales are perfect vehicles for evil.

In the longest story in the collection, “The Good Guy,” a terrible fellow named Ted finds that the only way he can maintain an erection is “to pretend that his dick was a knife, and the woman he was fucking was stabbing herself with it.” That’s in the first paragraph, when Ted is in his 30s. We have the pleasure of meeting him in high school, when he’s desperately in love with the beautiful and popular Anna but dates the much less popular Rachel. Ted is apparently such an ass because he’s tried so hard to be “the good guy” his whole life. And he’s not actually a good guy. The end.

“The Boy in the Pool” tells the story of a bachelorette party gone bad.

“The Matchbox Sign” shows how one person’s troubles can infect another, specifically in the form of a parasite that one person can pass to another. Think “Alien.” One senses a glimmer of love and hope in this book but it is quickly extinguished.

In the penultimate story, “Death Wish,” a young man and woman meet on Tinder then meet up in a hotel room. She wants him to hit her, hard, and after that, to kick her. He doesn’t really want to, but complies.

Finally, there’s “Biter.” Ellie was a preschool biter. That behavior was socialized out of her, hard. Years later, she’s working in an office and a temp agency sends Corey Allen – “Corey Allen!”

Later, Ellie’s coworkers would ask each other: What on Earth had the people at the temp agency been thinking, sending him? Green-eyed, blond-haired, pink-cheeked Corey Allen did not belong in an office environment. Corey Allen, like a faun or satyr, belonged in a sunlit field surrounded by happy naked nymphs, making love and drinking wine. As Michelle in Accounting put it, Corey Allen gave off the impression that he might, at any second, decide to quit being an office manager and run off to live in a tree…

Wow, that actually sounds like a college boyfriend of mine! But that’s beside the point.

Ellie, an office outcast, wants to bite him.

Do you think she does?

Kristen Roupenian, it is reported on the back flap of the book cover, graduated from Barnard and holds a PhD in English from Harvard and an MFA from Michigan.

She is a beautiful young woman in her author photo. She is “currently at work on a novel.” She clearly has a gift. I finished the damn book. I start very many books that I don’t finish.

But Kristen – if you have the time – maybe reread Anna Karenina? I found myself in conversation with Tad Roach, the headmaster at my daughters’ boarding school, yesterday. He teaches English and we were talking books. “I love teaching tragedies,” he said. He reminded me of the nearly final scene in Anna Karenina, when she is on the tracks, about to be hit by the train, and she feels all the love and beauty and complexity and vitality of life, and we wish that she had chosen life instead of death.

Maybe she does too?

It doesn’t really matter. She’s a fictional character. What matters most is that we – the readers – want to choose life, with all its sorrows but also all its joys and beauties.

Tolstoy wanted us to feel this way, perhaps.

That life is gift.

A few photos from Middletown, DE, most from the Hampton Inn… 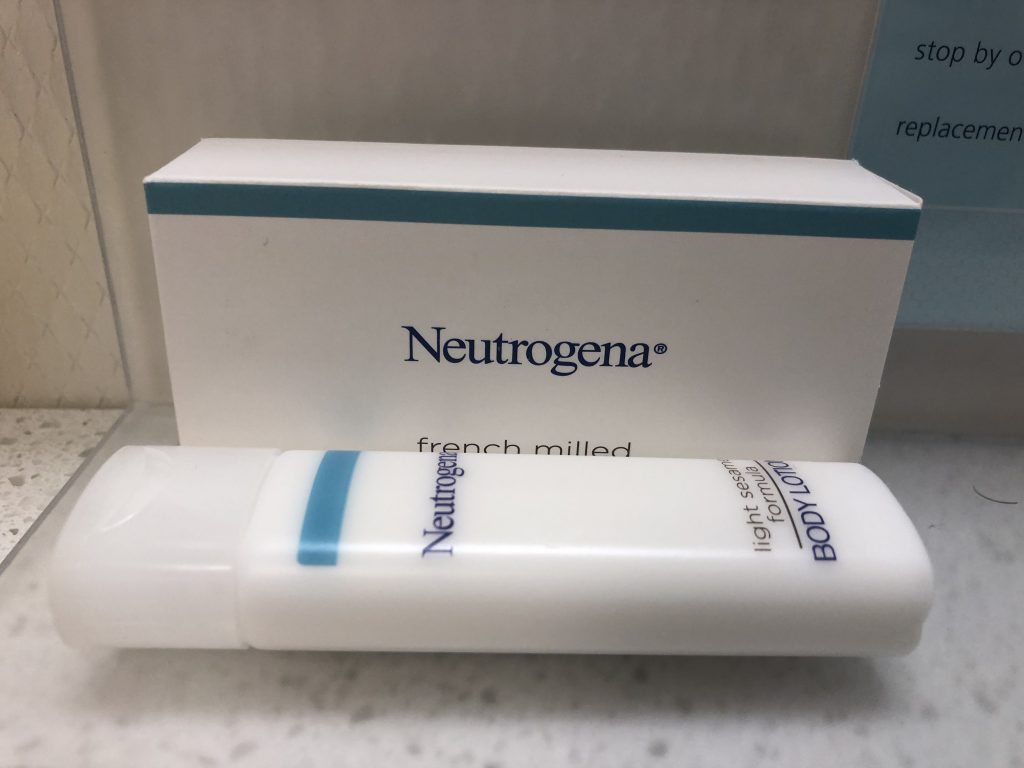 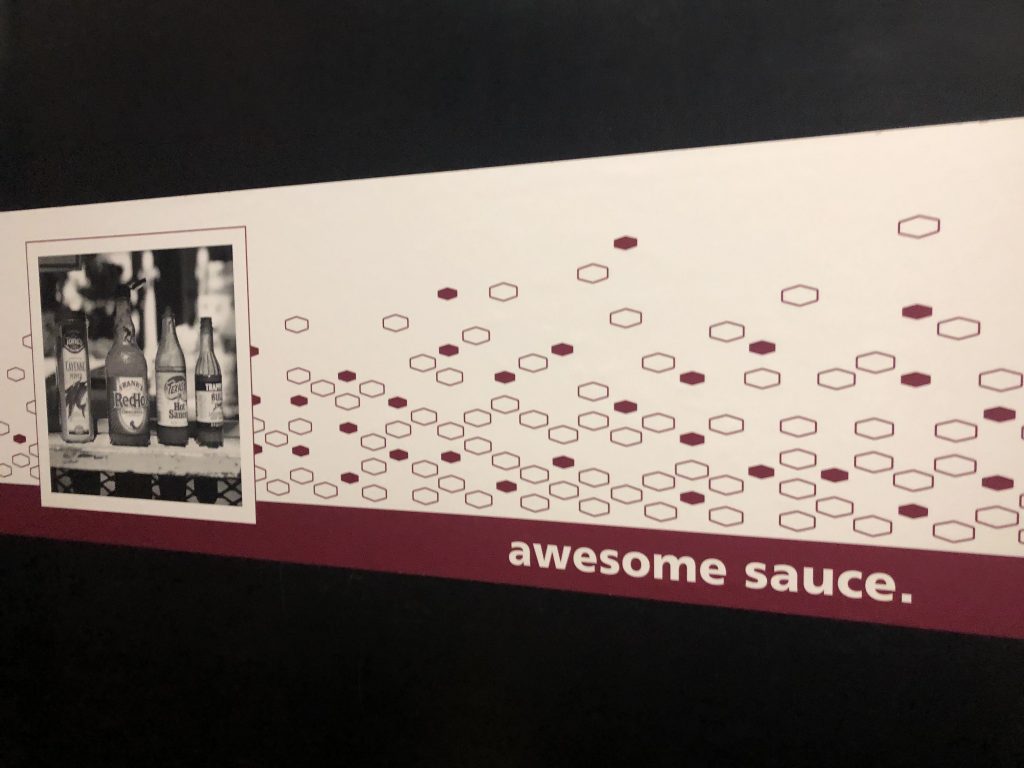 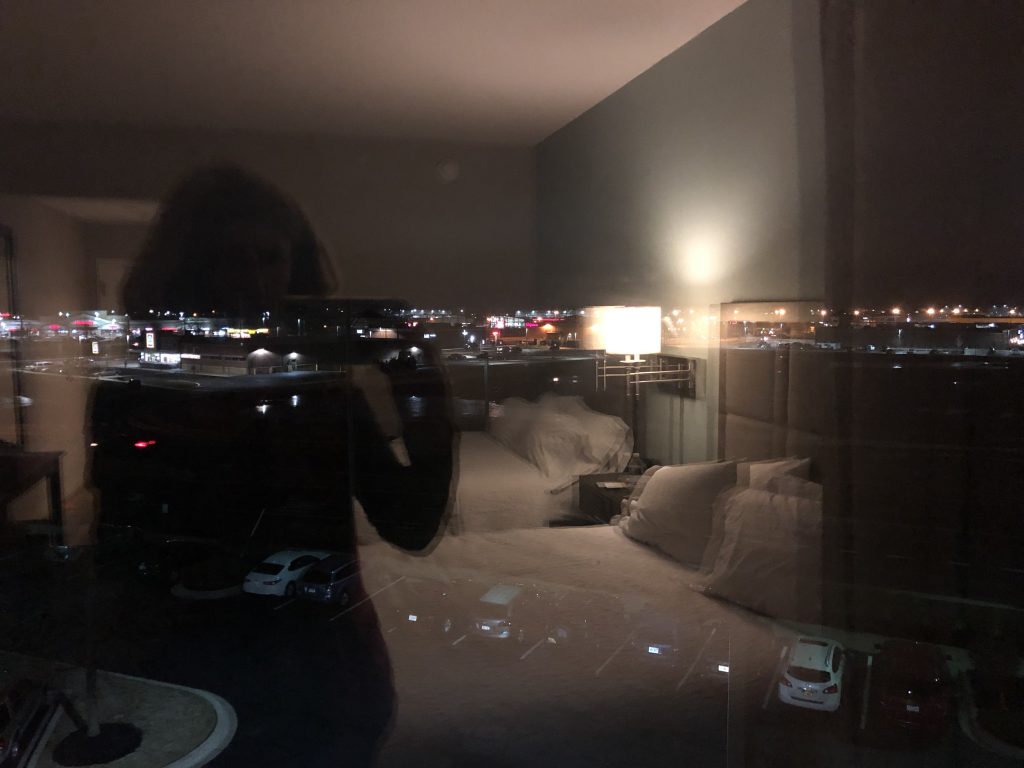 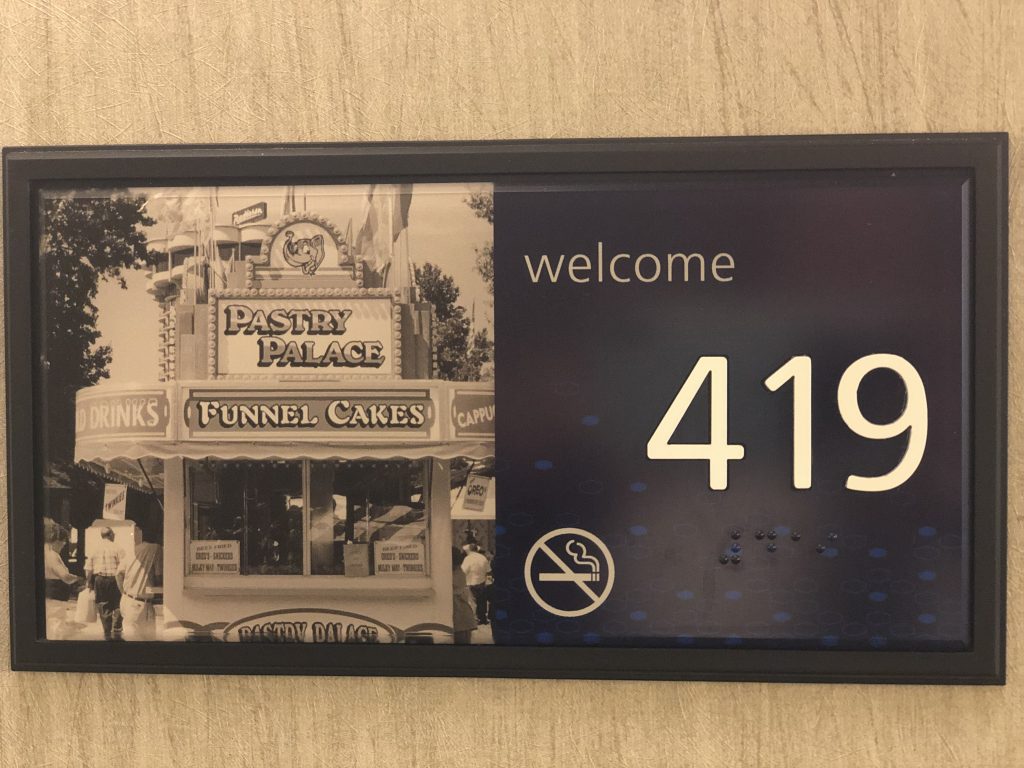 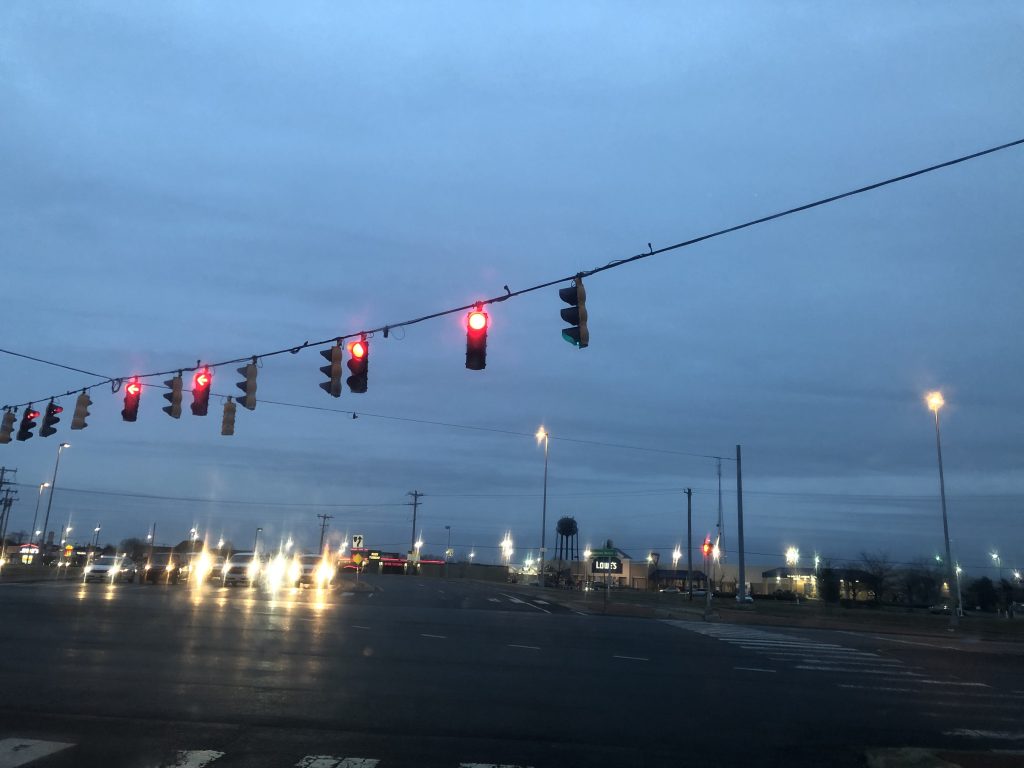