In the season of blood red tulips and purple splotched petunias 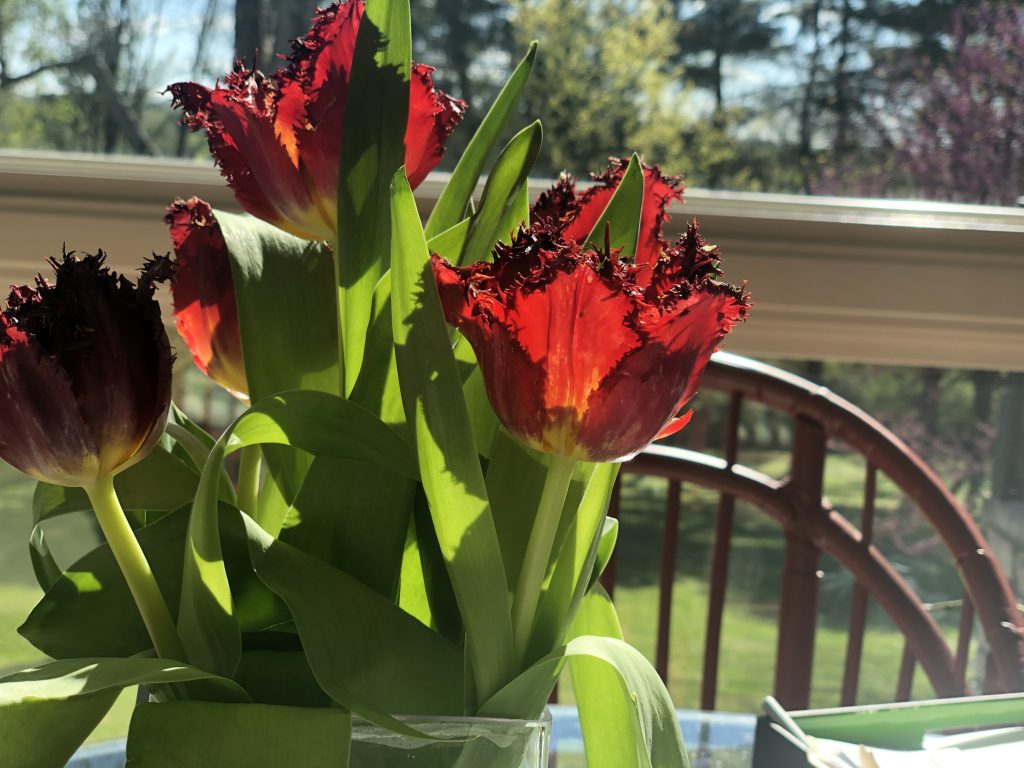 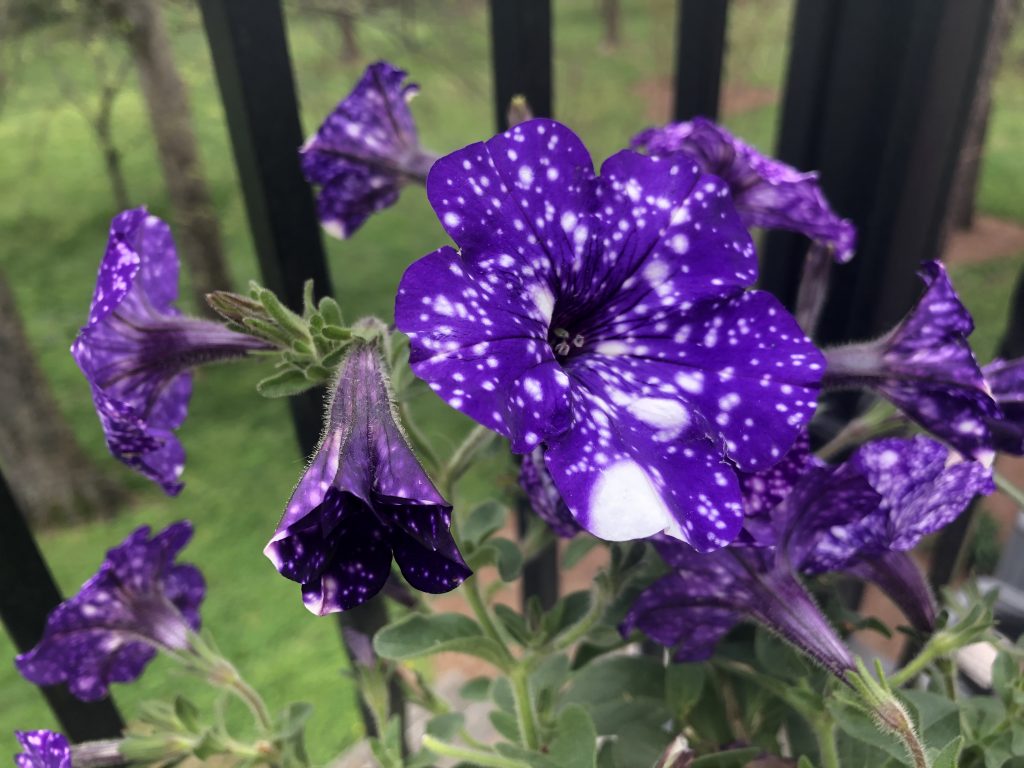 in the season of wild violets 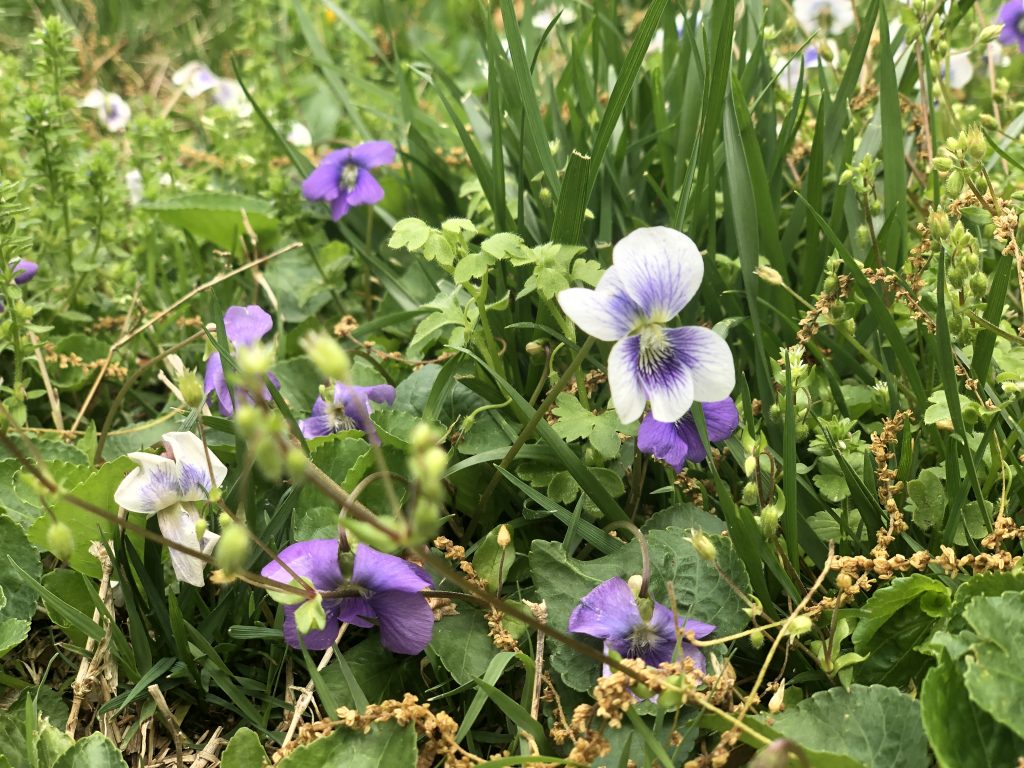 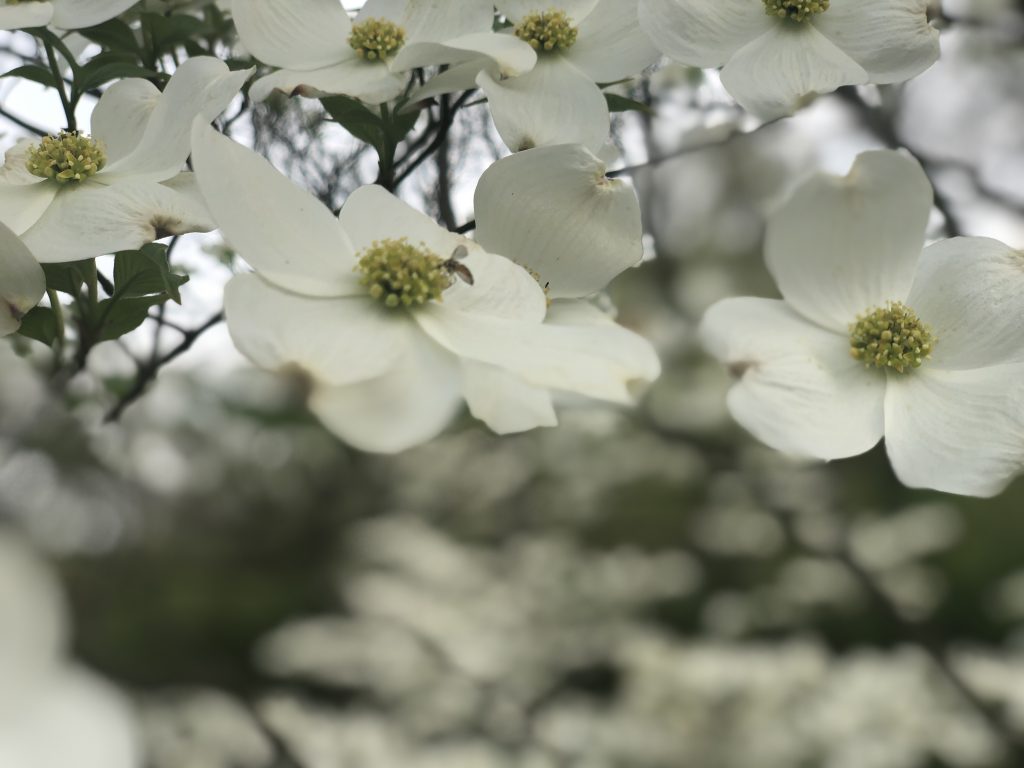 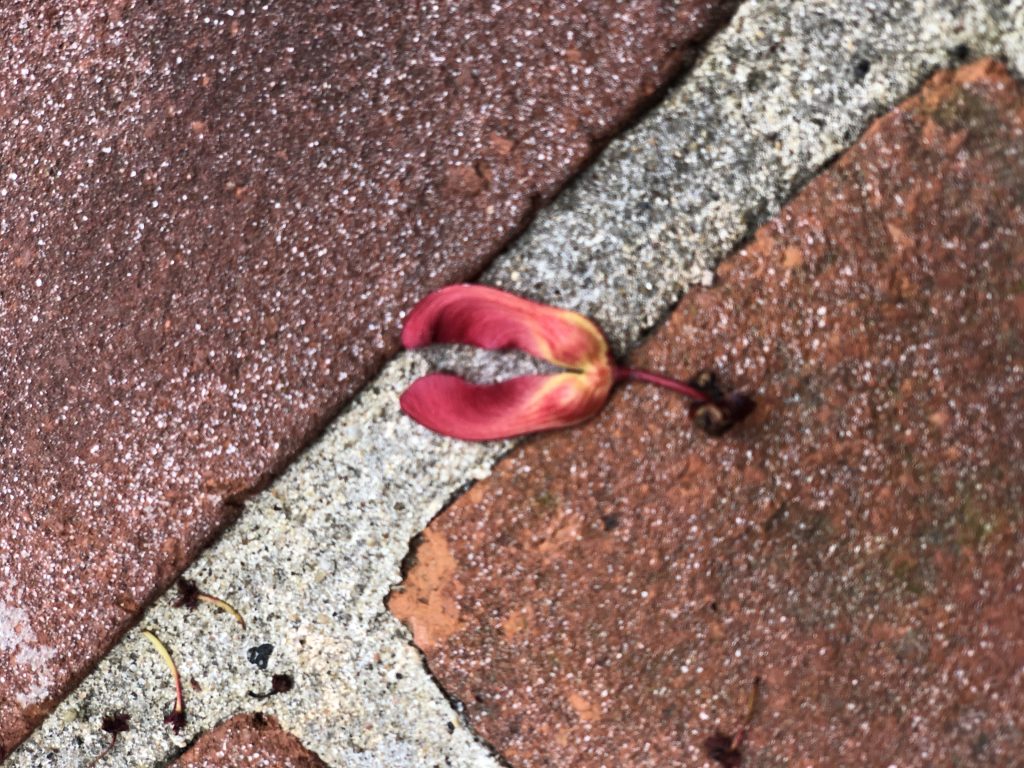 when weeds sing Joy to the World! 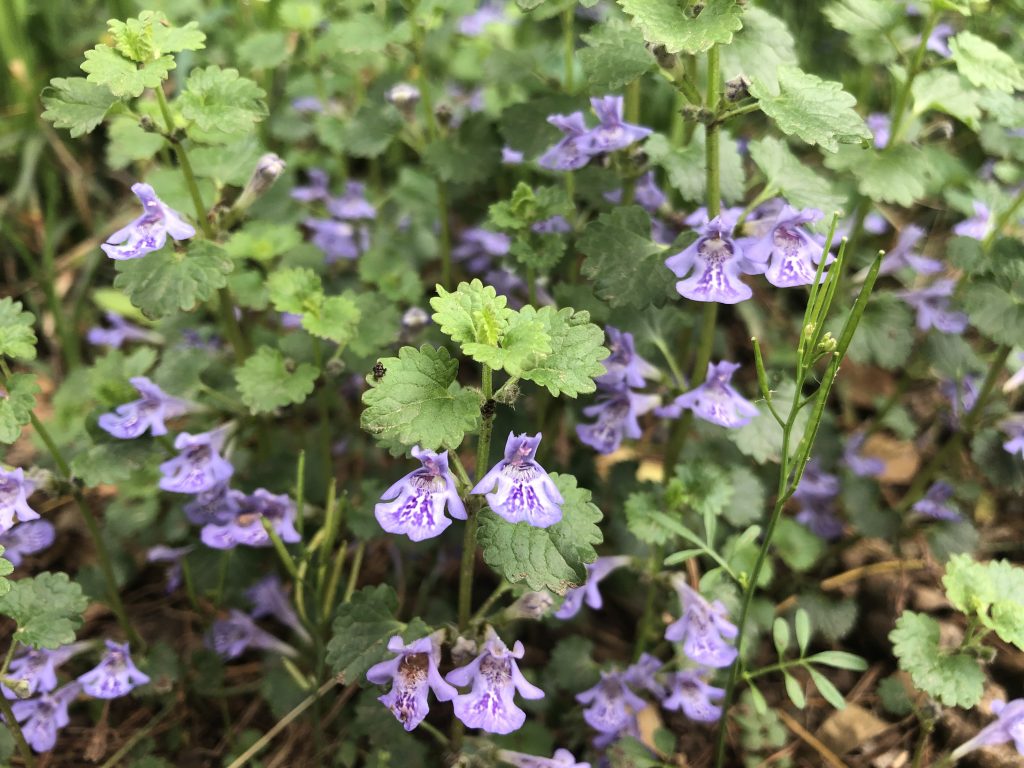 and What a Wonderful World!, 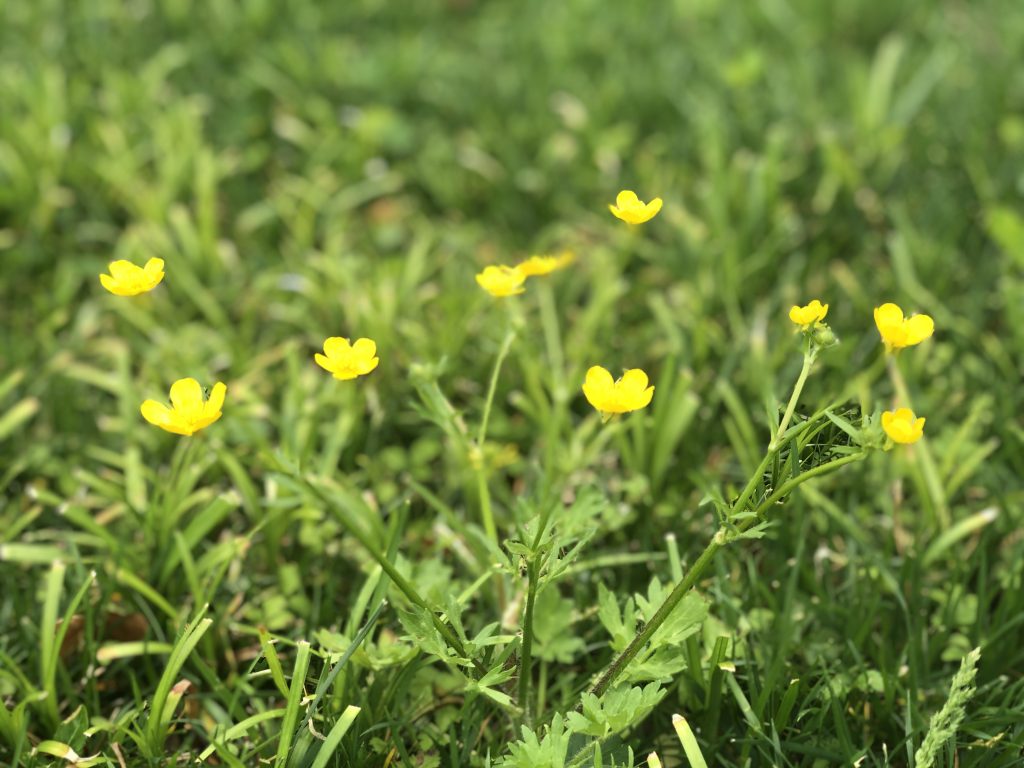 Pepper and I found ourselves talking about seasons of life.

“I’m in a season when people I love are not well, and it is a heavy season, and also sometimes filled with radiant light. Sometimes both at the same time. It’s a strange thing to think about,” I began.

“I’m in a season of sniffing interesting things,” she interrupted cheerfully, bounding towards the thick green brambly border of our yard, overgrown with honeysuckle and vines and plants unknown to me.

Pep and I had gone out earlier than usual that morning, and the dew still shone on the grass. Or maybe it was water from the irrigation system.

I was perhaps 50 feet behind Pepper when out from the brambly border sprung a huge coyote, running straight at her with serious intent. He had clearly been working out and was probably abusing steroids. 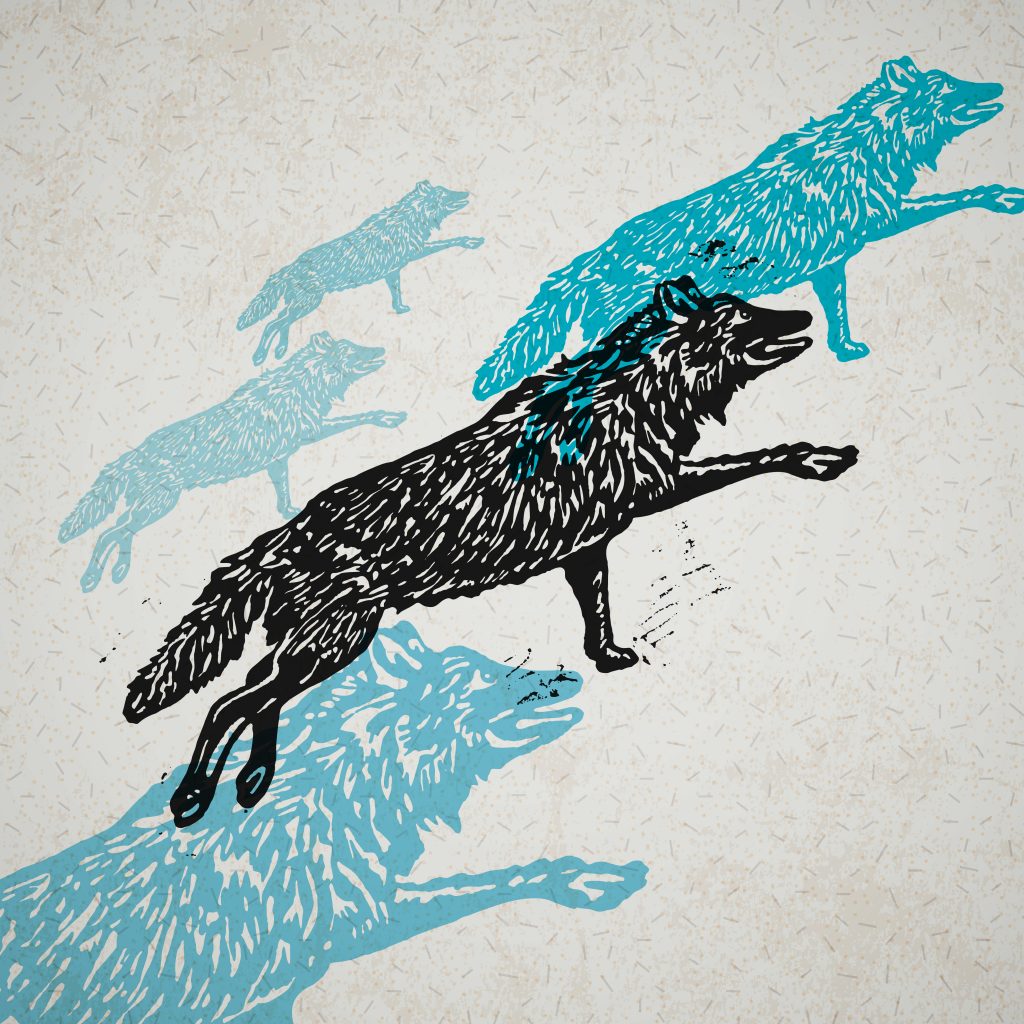 Pepper – ever brave, ever resourceful, ever convinced of her own strength and mojo – turned tail and ran back towards me. My jaw metaphorically dropped. I’ve never seen her retreat on anything but her own terms. I’ve seen her chase smaller coyotes from the yard. She is 40  pounds of muscle and energy, vitality and confidence.

Yet she sprinted toward me, afraid. The coyote sprinted toward her, with conviction. Time slowed and stretched. For a second I knew that I had to make a decision, and then it was made, seemingly without thought.

“AAAHHHHHHHHHH!!!” I shouted, striding forward to meet the coyote, clapping my hands hard and fast.

The coyote and I locked eyes, and in that moment I read the tiny doubt that had crept into his mind:

He turned around and ran back through the invisible fence, into the brush, into the vast green brambly expanse beyond. Pepper and I went inside the house, keeping an eye on the place where he’d disappeared.

“It’s okay, Pep,” I said, petting her where she sat at my feet in the kitchen. “It’s pupping season for coyotes. You probably got a little too close. You did the right thing,” I said, scratching under her neck and above her ears, some of her favorite places. “The coyote needed you to get away from his pups. And you did. It’s the most important season for that coyote. And it was a perfect time for me to gently remind him where the border is.”

She sighed and relaxed into the pets. “You are pretty scary when you need to be,” she said, rolling over for belly scratches.

It’s always the right season for that, I thought, secretly exhilirated. 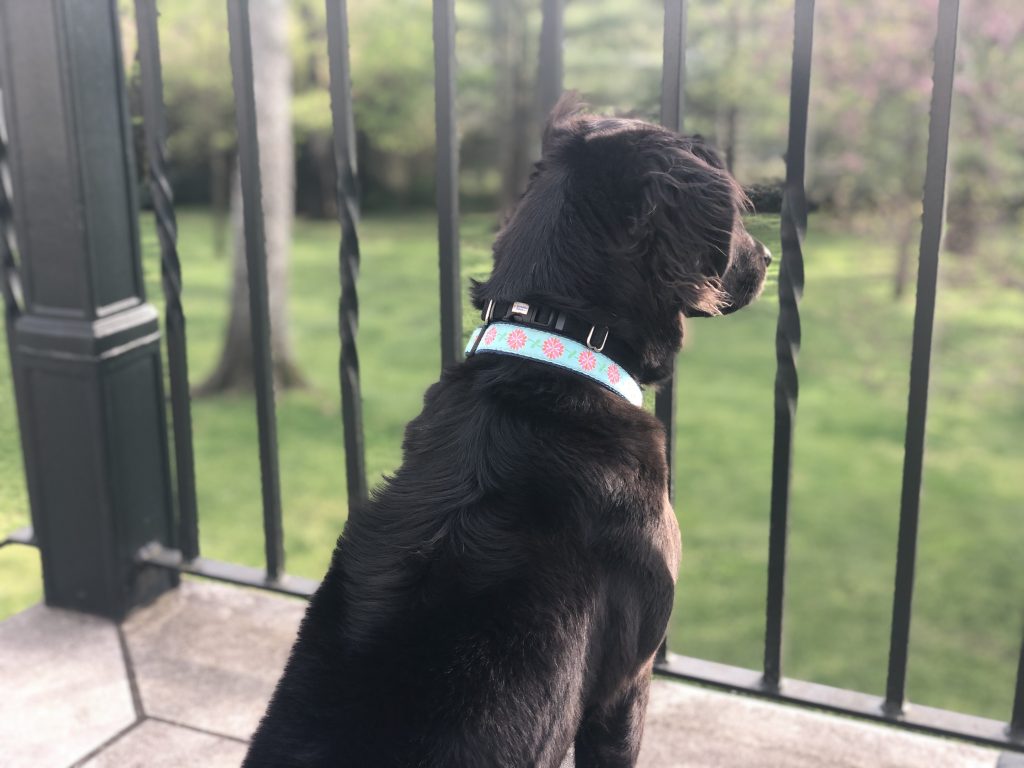