I take a lot of comfort in my yard, where the wildflowers and weeds bloom as cheerfully as the iris, 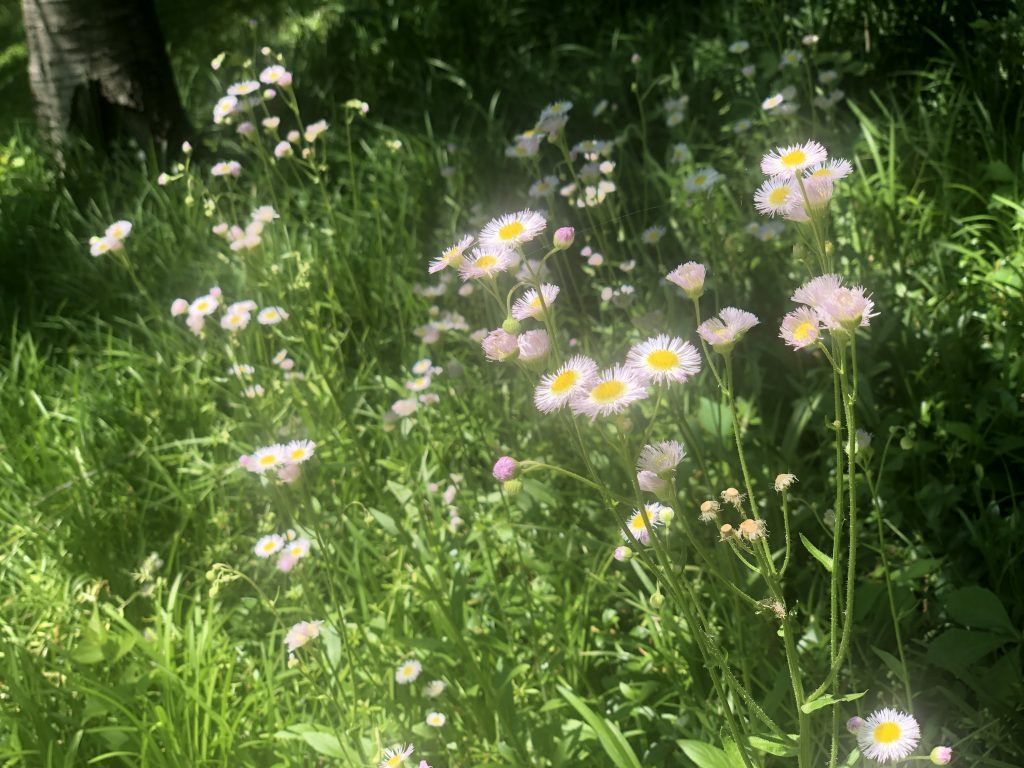 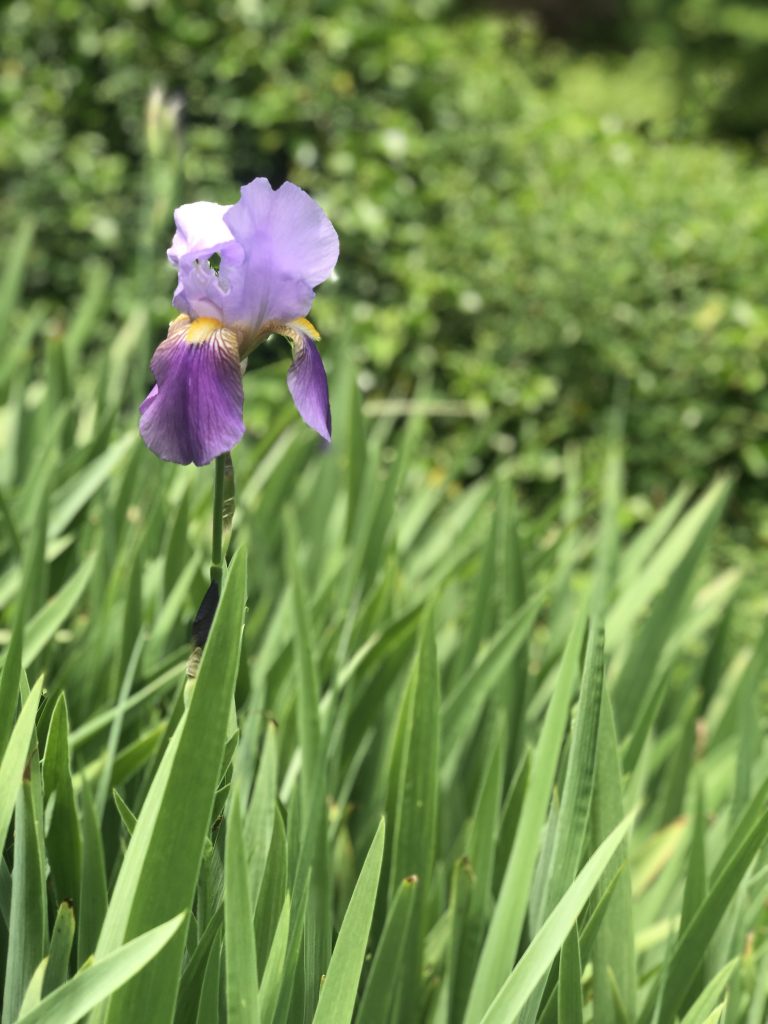 where the peonies dream of storybook weddings and love. 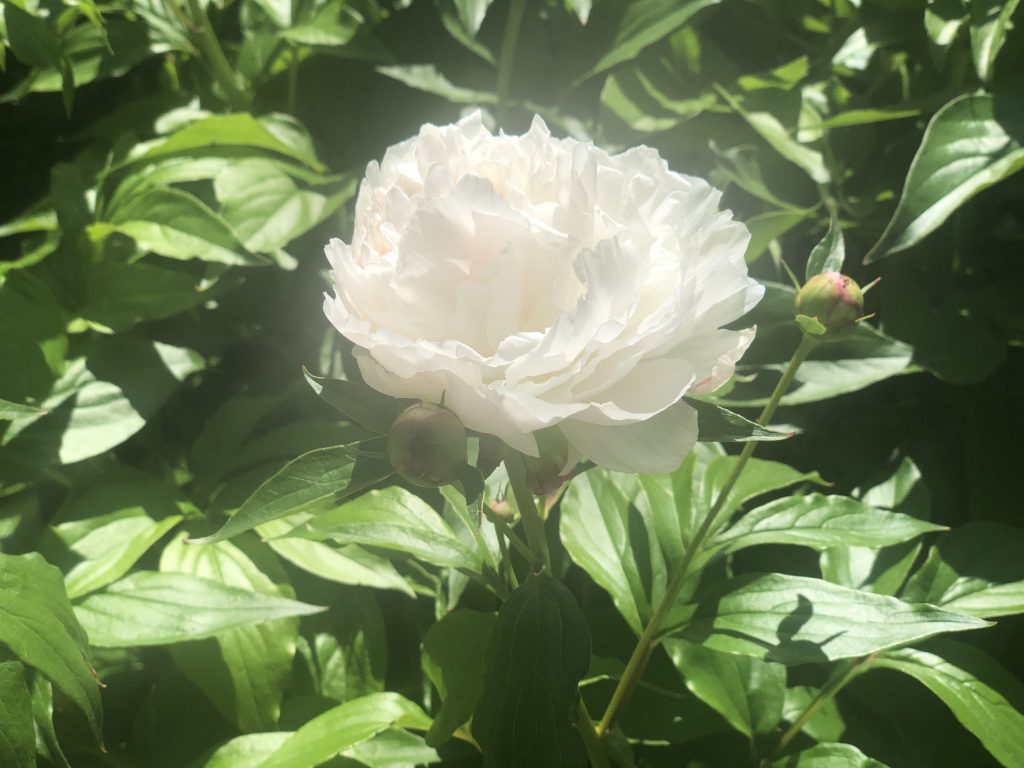 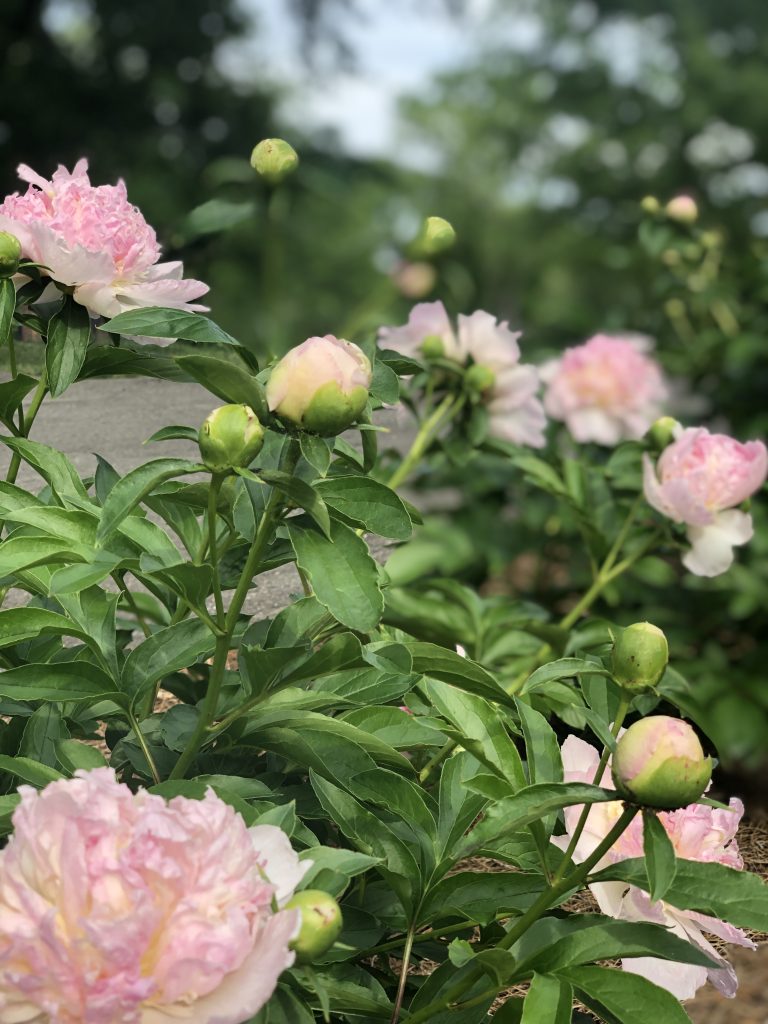 The kouza dogwood decided to flower again after taking a year off, an unsolved mystery but one full of hope. 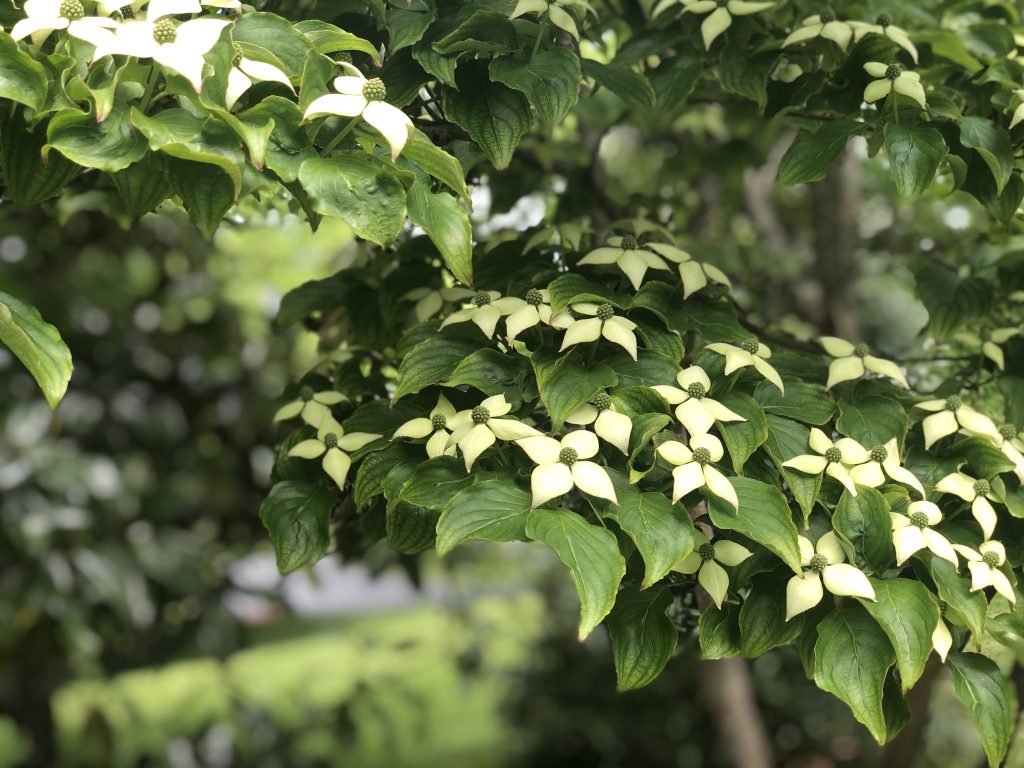 Big things, as ever and always, have small beginnings. 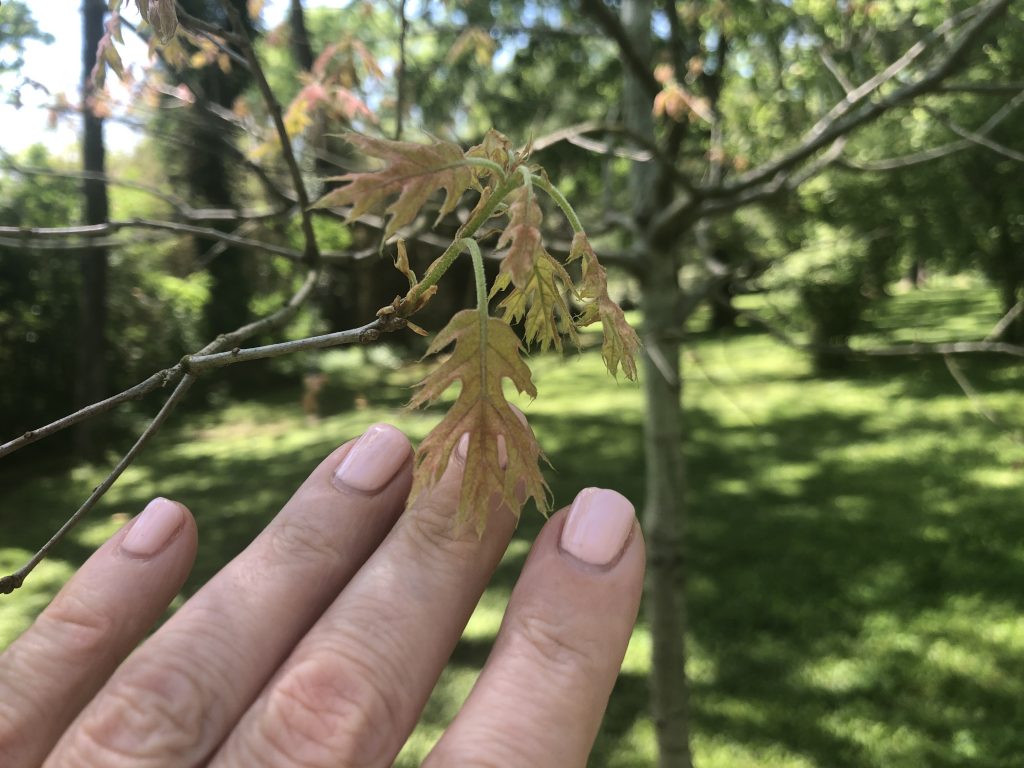 I also take a lot of comfort in a cheeseburger, usually from McDonald’s you know but most recently from Hardee’s. 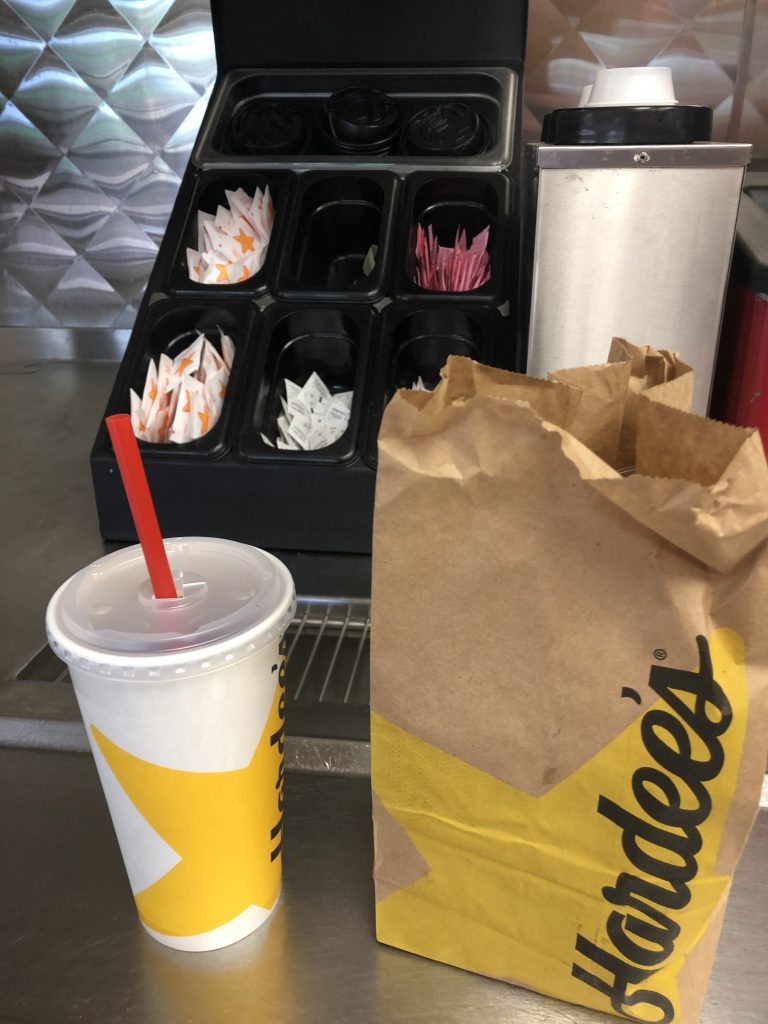 Notice important Sweet & Low in the background. And okay you guessed it there are also fries in that bag.

Guest Writer Matt Osborne stops in at Bacon today to talk about the comfort of re-reading a favorite book.

Art does not always have to be epic.

For every Infinite Jest or The Bone Clocks (see Caroline Trost’s Bacon review here), there is Hermann Hesse’s Siddhartha or Denis Johnson’s wonderful novella Train Dreams. Because of their brevity, the reader feels freer to luxuriate among the lines, to circle back to earlier passages, and, perhaps, to reread the books in their entirety.

One such book that I am apt to revisit, particularly during the dark times when comfort is needed, is Charles Portis’ True Grit. 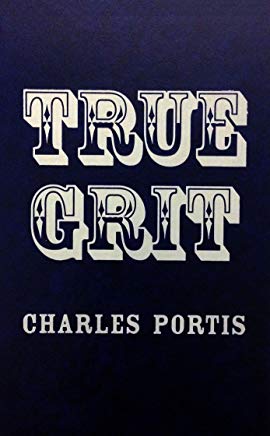 The story is straightforward. Fourteen-year-old Mattie Ross hires U.S. Marshal Rooster Cogburn to hunt down Tom Chaney, the coward who killed Mattie’s father. It takes place in post-Civil War Arkansas but is retold in the first person by Mattie as she reminisces many years later:

People do not give it credence that a fourteen-year-old girl could leave home and go off in the wintertime to avenge her father’s blood but it did not seem so strange then, although I will say it did not happen every day. 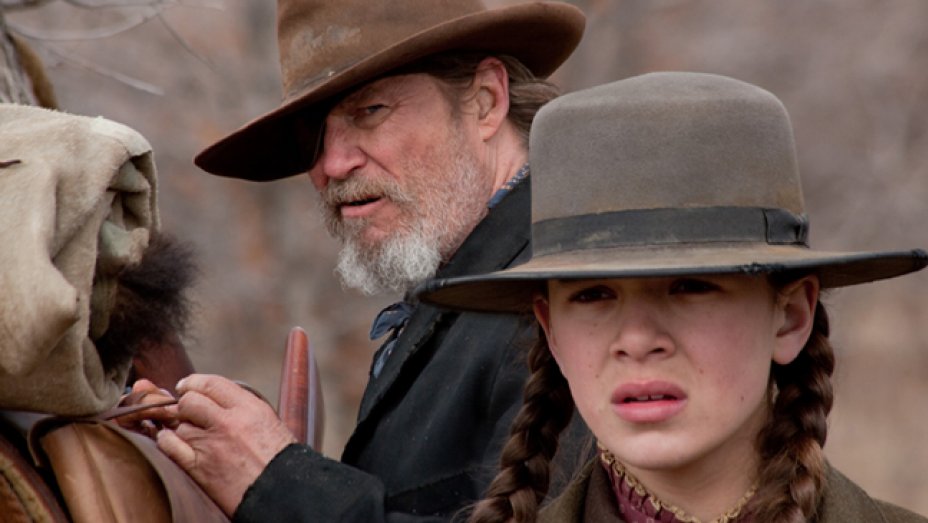 From the movie with Jeff Bridges and Hailee Steinfeld

Portis moves the tale along at a swift, though natural, pace. When Mattie arrives at Fort Smith to claim her father’s body, she is greeted by a public hanging: “About a thousand or more people and fifty or sixty dogs had gathered there to see the show.” After a round of Amazing Grace, the nooses are efficiently placed.

Mattie works quickly and forcefully to settle her father’s affairs and find someone who will hunt down Chaney: “I am trying to get action. I aim to see him shot or hanged.” She is, observes a local merchant, “an unnatural child.”

On recommendation, she approaches Rooster Cogburn, “an old one-eyed jasper that was built along the lines of Grover Cleveland.” Mattie greets him with the line that gives the book its title: “They tell me you are a man with true grit.”

Mattie contracts with Cogburn to locate Chaney, who has fled Fort Smith for the Indian Territory, and eventually prevails upon Cogburn to allow her to accompany him.

The book is filled with humorous turns, and when Portis is being funny, he is funny. Consider Rooster’s description of a firearm:

It is a twenty-two pepper-box that shoots five times, and sometimes all at once. It is called “The Ladies Companion.” There is a sporting lady called Big Faye in this city who was shot twice with it by her step-sister. Big Faye dresses out at about two hundred and ninety pounds. The bullets could not make it through to any vitals. That was unusual. It will give you good service against ordinary people.

Or consider Cogburn’s exchange with the Texas Ranger LaBoeuf:

“You do not think much of me do you, Cogburn?”

“I don’t think about you at all when your mouth is closed.”

Portis, through Cogburn, also gives us commentary. On lawyers:

Lawyer Goudy is going to Washington city to see if President Hayes will not commute the sentence. The boy’s mother, Minnie Wharton, has got some property and Goudy will not let up till he has got it all.

On government and industry:

I have tried to collect bounties from states and railroads, too. They will lie to you quicker than a man will.

As they travel through the Indian Territory, Mattie and Cogburn encounter difficulties with weather, with circumstance, and with ne’er-do-wells. Eventually they locate Chaney, who has fallen in with the bandit Lucky Ned Pepper. Cogburn squares off with the Pepper Gang:

Lucky Ned Pepper said, “What is your intention? Do you think one on four is a dogfall?”

Rooster said, “I mean to kill you in one minute, Ned, or see you hanged in Fort Smith at Judge Parker’s convenience! Which will you have?”

Lucky Ned Pepper laughed. He said, “I call that bold talk for a one-eyed fat man!”

Rooster said, “Fill your hand, you son of a bitch!”

Mattie, too, finally has her chance at the coward Tom Chaney, but another life, one most dear to her, must be sacrificed to save hers.

As often seems the case with relationships that are forged during a period of sudden and great intensity, the characters in the story drift apart, with each assessed his or her own personal levy. As Mattie notes early in the book, “You must pay for everything in this world one way and another.”

At the end of the story, Mattie reunites with Rooster in a fashion, and notes, “Time just gets away from us.”

Which it does, until we take the book off the shelf some weary evening and start again: “People do not give it credence that a fourteen-year-old girl could leave home and go off in the wintertime to avenge her father’s blood . . . .” 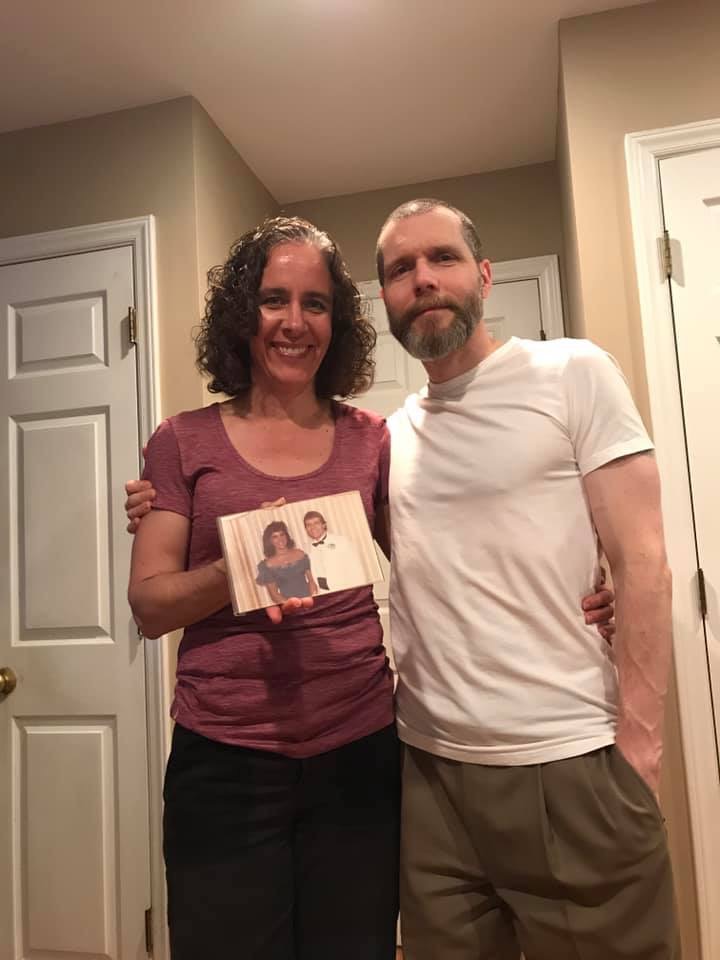 Matt and Mary Osborne. She is holding prom photo from a few years prior.

For the Game of Thrones fans among us?

I don’t believe she will live to see who wins the Iron Throne. But her sister Sansa may take it – with Tyrion by her side? Jaime may kill Cersei – after she has mortally wounded him. Daenerys – the Mother of Dragons – has become a dragon herself, power-mad; Jon Snow is too good for this world.