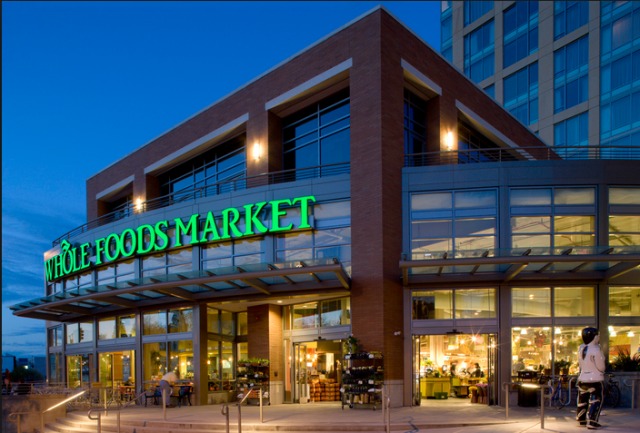 We’re all thinking more about our trips to the grocery store, right? I made a quick trip to my local Kroger at 10 am yesterday, and though there weren’t many shoppers, I still felt – you know – concerned. The shelves were pretty decimated, certainly of popular items. That being said, no one is going to starve in Nashville, Tennessee based on what I saw. It’s just a matter of having less choice. (I was pleased to see that both bananas and eggs were back in stock, but good luck getting a bag of salad or a frozen smoothie mix or a can of tomato sauce to make chili with.)

I’ll be running a series of poems by Arne Weingart from his new collection “Unpractical Thinking” starting today. I will happily share one every few days, with his permission, and an interview as well. Arne is a native Nashvillian now living in Chicago; his new collection recently won the 2019 Red Mountain Press Poetry Prize.

This poem glows with pre-Corona innocence, when one could linger in Whole Foods. I like it very much. 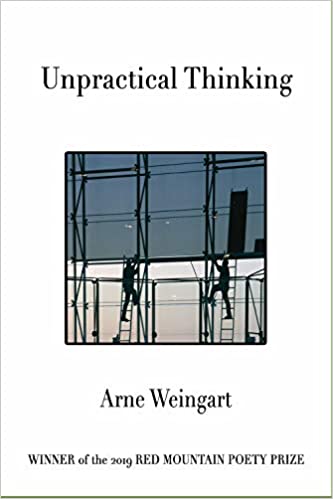 He was in the pasta aisle
holding one of those plastic baskets for when
you just need the one thing and then maybe
some of that cheese with the layer of gray ash
running down the middle or maybe some loose olives
or that fig jam whose price you try not to think about.

And how am I so sure it was him? you might be
wondering, the way I’m also wondering, since I
didn’t double back to stare or try to sneak a photo
from my phone. A couple or three things:
First, the socks. Extremely amusing socks. Thin,
extravagantly patterned. Amusing. Then the shoes,
tassels to get the groceries on a weekday
afternoon? And then the glasses, thin gold frames,
very shiny but somehow not ostentatious,
perched on the nose, the unmistakable
Namath nose, big enough for two faces
but owned by one, which has gotten smaller;
making the nose look even larger; but not
unattractive; dont’t get me wrong. The hair, as usual,
is perfect, white now mostly but still leonine, it says,
“You on your best day, could never have afforded
to have such perfect hair.” And his hair isn’t lying.

He is focused, Joe Namath is focused the way
we have seen him focus from several on-field camera angles,
looking down the line of his nose like a gun-sight
at shelves full of pasta boxes. Where is the fusilli?
Was it fusilli I’m looking for? All right then,
where is the goddam rotini? 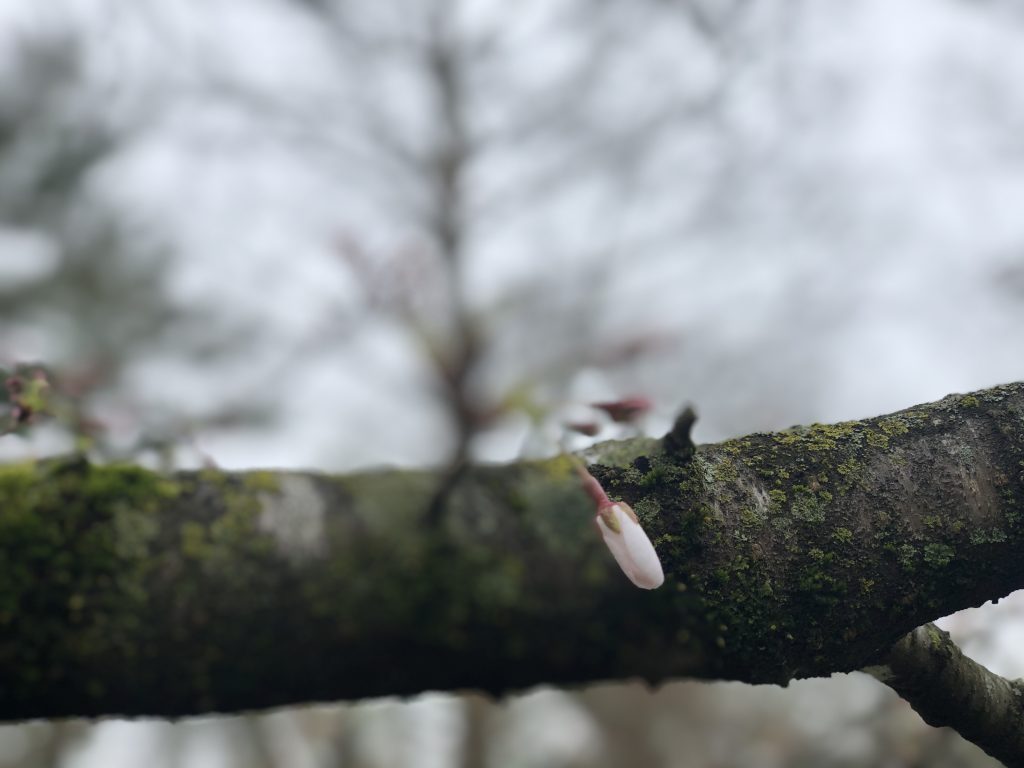 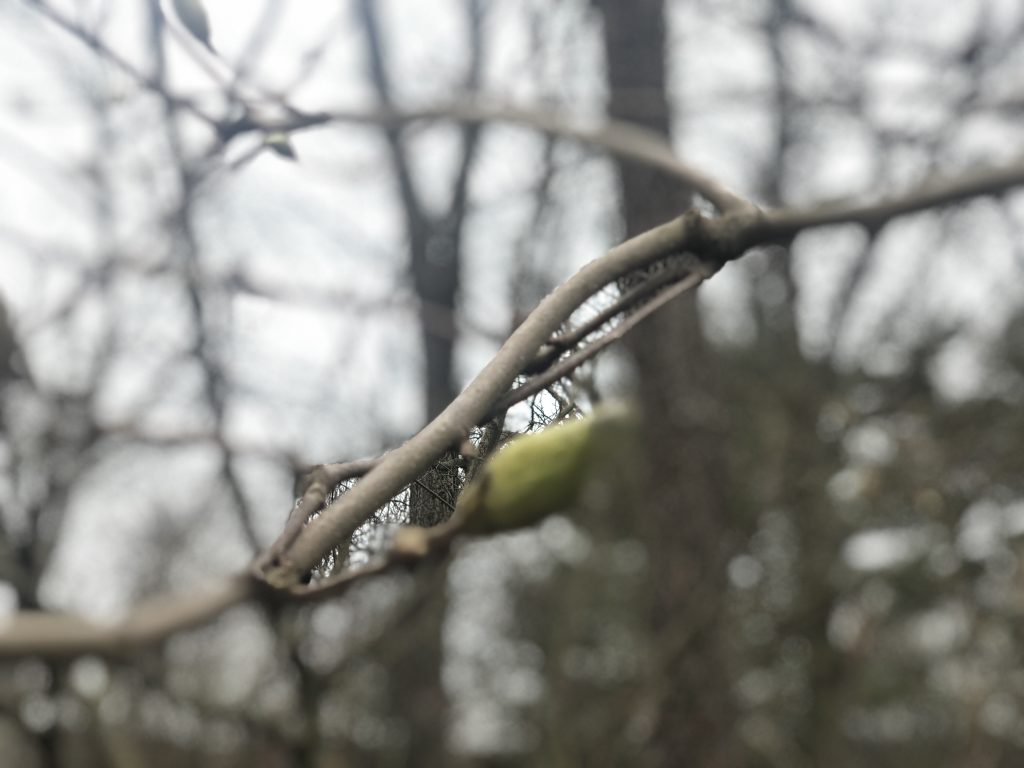 Elizabeth magnolia will bloom yellow in April or May 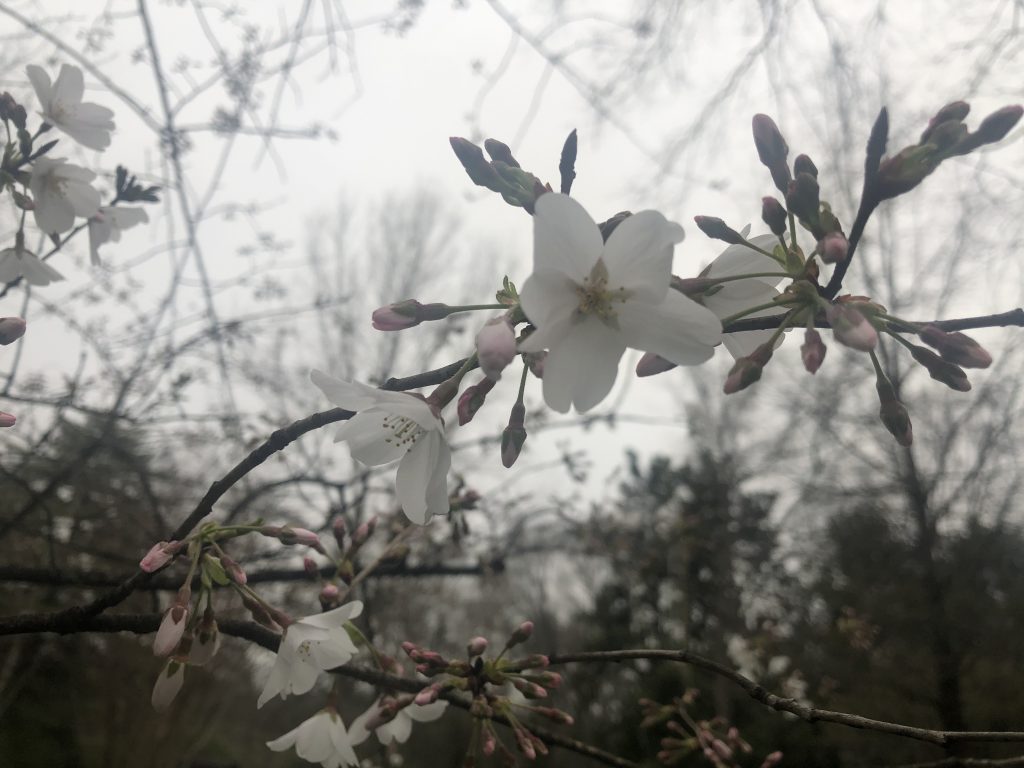 another Yoshino cherry in my yard 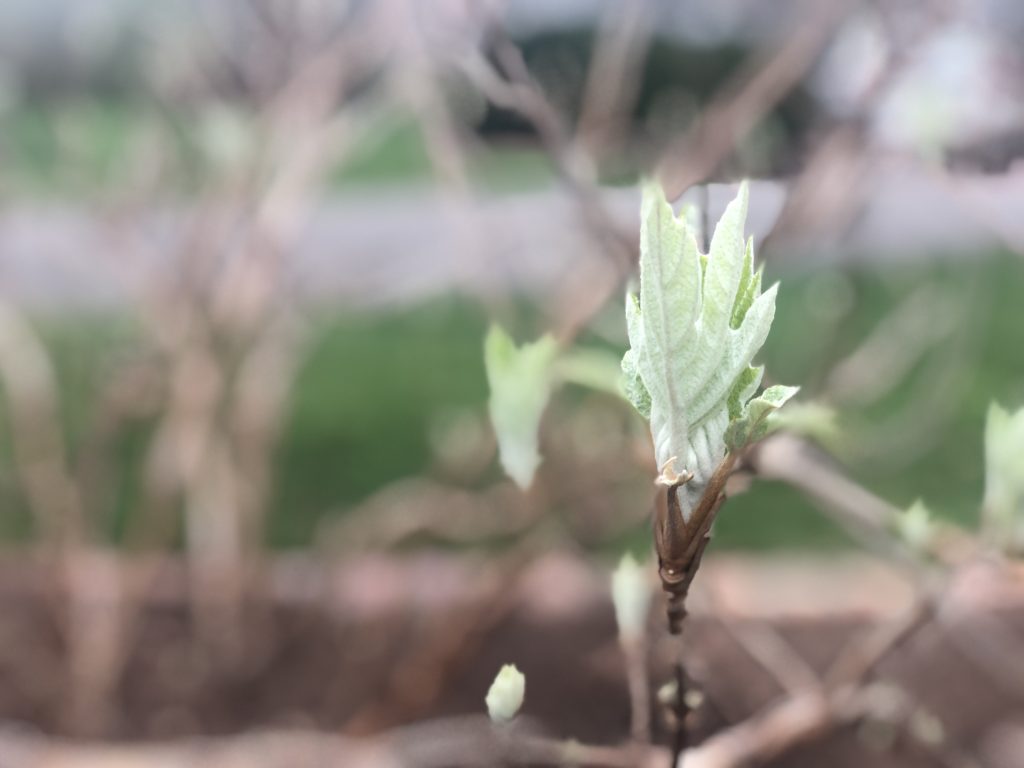