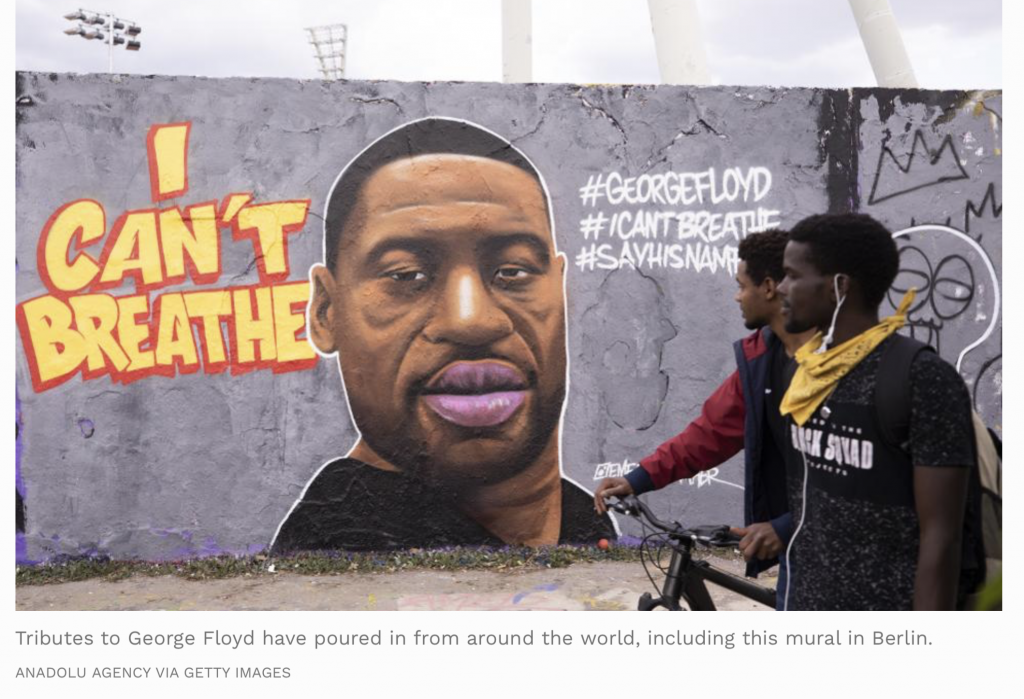 We are better than this murder.

I’d like to offer two pieces this morning: a heartfelt message from my friend Rick Ewing written on May 29, 2020, when I asked how he was doing, and what he thought; and a heart-wrenching letter written by Sullivan Ballou, Major, 2nd Rhode Island Infantry Regiment, on July 14, 1861… 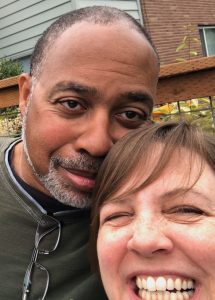 My wife came to me the other day, eyes still streaming in tears. It didn’t take long to figure out that her sadness came from the news events of the week where our country suffered another racial wound. But apart from her progressive political anger was a deep fear for the life and safety of myself and other members of my family.

My wife is white and I’m African-American. She watched the video of Christian Cooper, a birder enjoying Central Park being threatened to be pursued by law enforcement for the simple slight of asking a white woman to leash her dog under city laws. I have much in common with Mr. Cooper. We’re both middle-aged African-American men, educated in elite schools (him: Harvard, myself: Yale, Trinity & Vanderbilt). We enjoy white collar careers. We have hobbies that aren’t associated with black folk. And like him, I’ve also been profiled in a negative way due to race, many times.

This should not surprise you. It’s been a fact of life for African-Americans for generations, and sadly, racism often overrides wealth, class and life standing. A Yale classmate was once frisked by police looking for a suspect, despite the only commonality between the two was being a black male (size, height, facial hair were all wrong). And he was dressed in an expensive suit and leather briefcase waiting for the morning train in a wealthy neighborhood with many others. His father was a famous business executive and the apology came swift once it made the national news. But the incident still stung. Yes, it can happen to that guy. So Christian Cooper’s altercation was not a surprise.

Many people who aren’t black shrug incidents like this off. Maybe it didn’t happen the way it was presented. Maybe it was someone just trying to make a scene. Maybe…well, there’s always a maybe. But our families have “talks” with our teenage kids for a reason and they aren’t the same talks you give your kids. We have to make sure that their encounters with law enforcement or strangers don’t end badly or tragically.

I was fortunate that one of my “talks” at age 16 was given by my uncle who was a Memphis cop. He understood how police think. Those rules he gave me saved me less than a year later when I was staked-out by Nashville Metro Police for two hours thinking I was a thief. When four cops surround you suddenly, the fear lodged in your throat is for your life. And I went back to “the rules”. When I watched the death of George Floyd under the boot of cops in Minneapolis, my mind went back to the night I was suspected of a crime, until a fifth cop showed up and realized they had the wrong guy. I was lucky. But I shouldn’t have had to be lucky. I’ve used those rules my uncle gave me ever since.

We African-Americans are frightened. We are angry. But we are also weary. After decades of progress, we still face things you do not. Our ask of you is to view these events as a daily call to action. Being passive about ending bigotry does nothing but perpetuate it. This transcends whatever political shield you carry. We need each and every one of you to be active in the fight, especially with the next generation. Because if you do not, there will be many more Christian Coopers and even worse, more George Floyds. 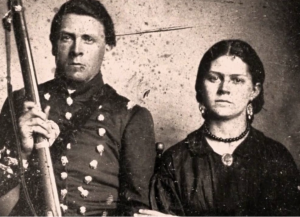 Sullivan Ballou joined the Union Army in April of 1861, responding to President Lincoln’s broad call to arms and action; he was commissioned a major in the 2nd Rhode Island regiment.

On July 14, 1861, he wrote this letter to his wife Sarah Hart Shumway, at home with their two young sons, Edgar and William.

The indications are very strong that we shall move in a few days—perhaps tomorrow. Lest I should not be able to write you again, I feel impelled to write lines that may fall under your eye when I shall be no more.

Our movement may be one of a few days duration and full of pleasure—and it may be one of severe conflict and death to me. Not my will, but thine O God, be done. If it is necessary that I should fall on the battlefield for my country, I am ready. I have no misgivings about, or lack of confidence in, the cause in which I am engaged, and my courage does not halt or falter. I know how strongly American Civilization now leans upon the triumph of the Government, and how great a debt we owe to those who went before us through the blood and suffering of the Revolution. And I am willing—perfectly willing—to lay down all my joys in this life, to help maintain this Government, and to pay that debt.

But, my dear wife, when I know that with my own joys I lay down nearly all of yours, and replace them in this life with cares and sorrows—when, after having eaten for long years the bitter fruit of orphanage myself, I must offer it as their only sustenance to my dear little children—is it weak or dishonorable, while the banner of my purpose floats calmly and proudly in the breeze, that my unbounded love for you, my darling wife and children, should struggle in fierce, though useless, contest with my love of country.

Sarah, my love for you is deathless, it seems to bind me to you with mighty cables that nothing but Omnipotence could break; and yet my love of Country comes over me like a strong wind and bears me irresistibly on with all these chains to the battlefield.

The memories of the blissful moments I have spent with you come creeping over me, and I feel most gratified to God and to you that I have enjoyed them so long. And hard it is for me to give them up and burn to ashes the hopes of future years, when God willing, we might still have lived and loved together and seen our sons grow up to honorable manhood around us. I have, I know, but few and small claims upon Divine Providence, but something whispers to me—perhaps it is the wafted prayer of my little Edgar—that I shall return to my loved ones unharmed. If I do not, my dear Sarah, never forget how much I love you, and when my last breath escapes me on the battlefield, it will whisper your name.

Forgive my many faults, and the many pains I have caused you. How thoughtless and foolish I have often been! How gladly would I wash out with my tears every little spot upon your happiness, and struggle with all the misfortune of this world, to shield you and my children from harm. But I cannot. I must watch you from the spirit land and hover near you, while you buffet the storms with your precious little freight, and wait with sad patience till we meet to part no more.

But, O Sarah! If the dead can come back to this earth and flit unseen around those they loved, I shall always be near you; in the brightest day and in the darkest night—amidst your happiest scenes and gloomiest hours—always, always; and if there be a soft breeze upon your cheek, it shall be my breath; or the cool air fans your throbbing temple, it shall be my spirit passing by.

(One week later, at the Battle of First Bull Run, a Confederate six-pounder tore off part of his right leg.  He died from that wound within the week. At the time of his death he was 32 years old and Sarah 24.)

The lines that stay with me from Sullivan Ballou’s letter are these:  ‘I know how… great a debt we owe to those who went before us through the blood and suffering of the Revolution.”

In horror we grieve and seek a more perfect union. Is it possible to find hope in our collective sorrow, even now?

Thank you Jack Barnwell for sending me the text of the letter from Sullivan Ballou on Memorial Day.

Postscript from Rick Ewing following a night of violence in Nashville:

“All of this is still difficult to process. Usually when strife has happened in recent years, there’s a March or rally, city leaders speak, we listen to each other, and then we go home. Not everyone went home last night.”