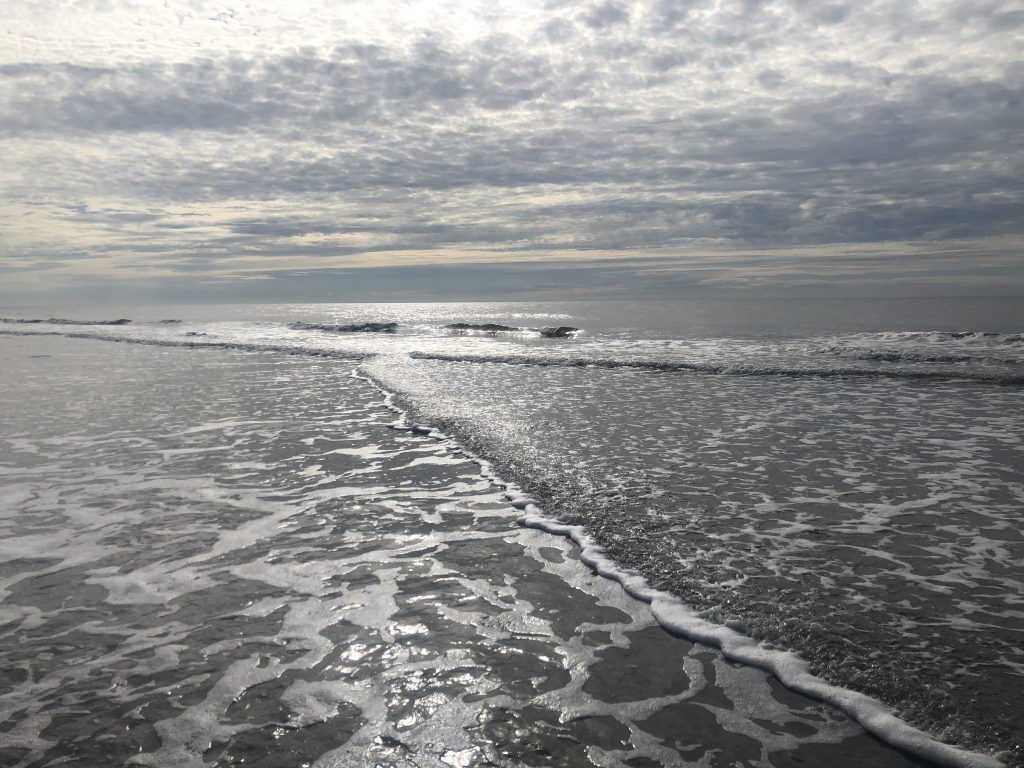 The ever-thoughtful Mary Raymond returns to Bacon today with her review of Brit Bennett’s new novel, The Vanishing Half.

I didn’t love Bennett’s debut work, The Mothers, but Mary makes a strong case for The Vanishing Half.

I value Mary’s voice, and I think she values mine. We are friends who can talk about politics, and not entirely agree, and still love each other. 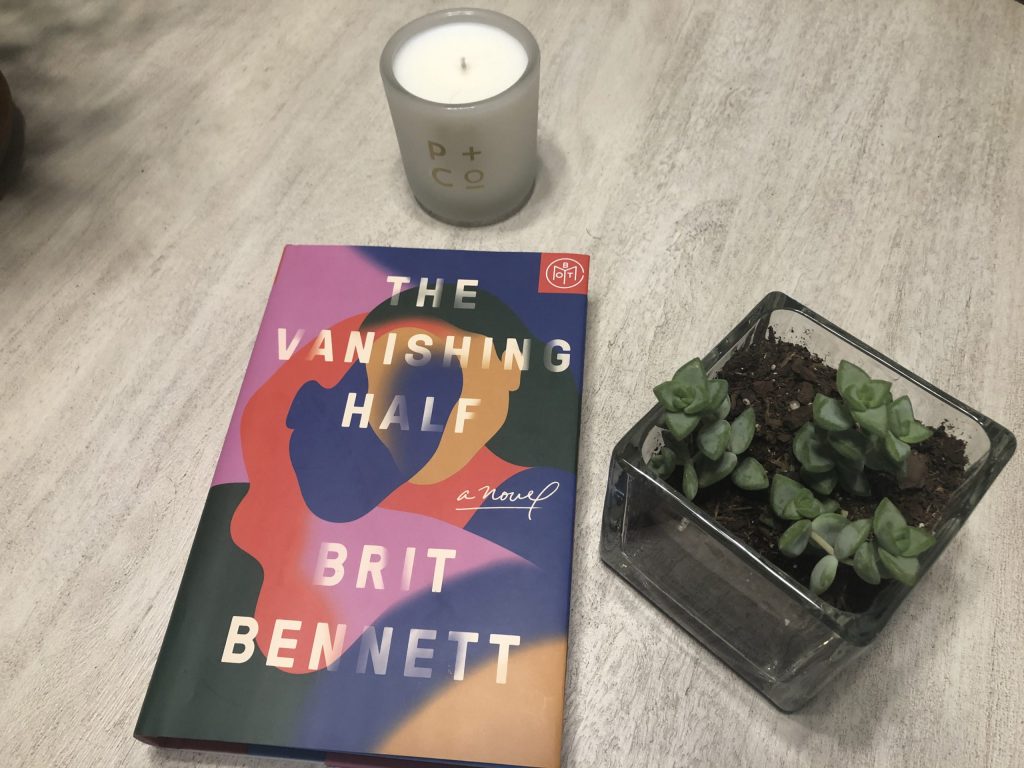 From Mary: Brit Bennett’s The Vanishing Half is a novel of quiet moments. The book moves back and forth through time to tell the story of Desiree and Stella Vignes, twin African-American sisters born in Louisiana in 1940. I am easily annoyed when authors bounce between past and present, but here Bennett uses the device to stunning effect. Each small moment from the past illuminates Stella’s eventual choice to pass as white, and each small moment in the present reveals the impact of that choice as it ripples through her family’s history… 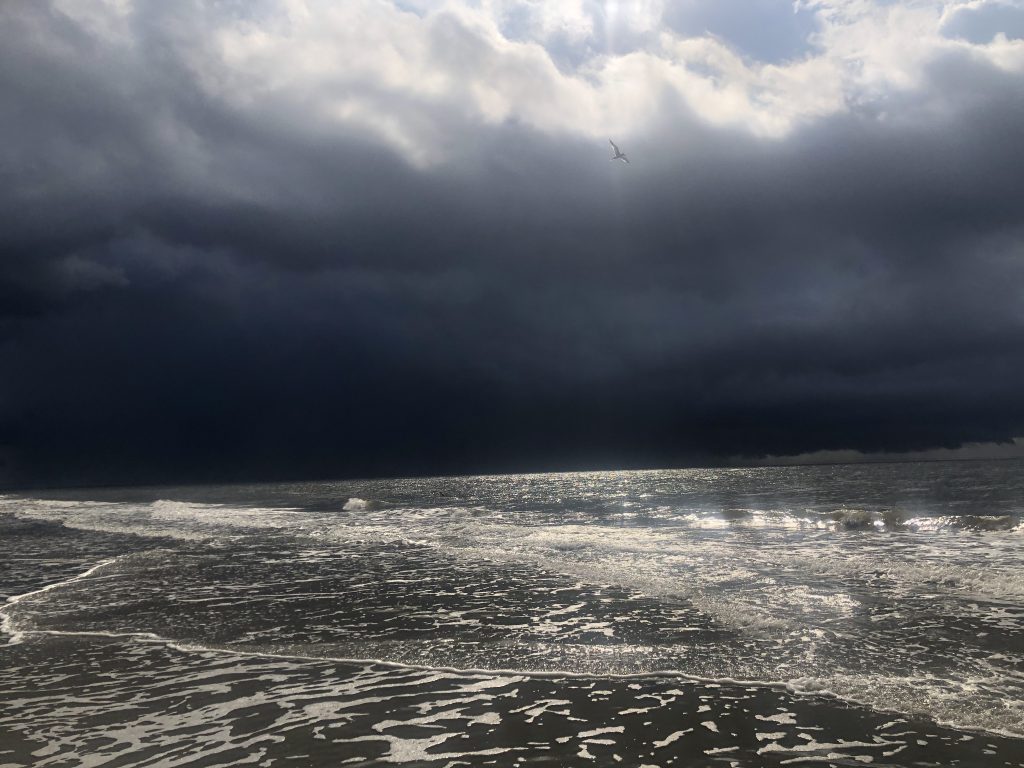 We meet Desiree – the sister Stella left behind – when she is on the run with her young daughter Jude. Fleeing her abusive husband, Desiree is out of options and returning to her mother’s home in Mallard, Louisiana. Mallard was more of an idea than a place: it was founded in 1848 on land inherited by the son of an enslaved mother and the man who owned them both. Generations later, Mallard cannot be found on any map, but locals all know it as a town inhabited solely by light-skinned African-Americans. The whole town takes notice when Desiree returns with a young daughter whose skin matches the darker tones of her father. Bennett returns to this theme throughout the book: no one is color blind, and no one is free of the societal limits and stereotypes placed on people of color.

When Stella Vignes first passes as white, the choice arises from economic necessity.  She and Desiree drop out of high school and support themselves with odd jobs in New Orleans. Stella has the typing skills to apply for a secretarial position, but the job is only on offer to white women. Stella does not fully consider the long-term repercussions of implying she is white in the interview because she does not really believe the firm will hire her. They do, and so begins the splitting of Stella’s life: white at work and black at home. Eventually she leaps across the divide altogether, abandoning Desiree to live as a white woman. Stella marries a white man, moves across the country, and raises their violet-eyed daughter, Kennedy. She disappears entirely from Desiree’s life until years later when, by chance, their daughters’ lives intersect.

I knew a little about the concept of “passing” before reading this novel, and I assumed the most significant negative consequence would be the perpetual paranoia of having the secret revealed. While fear drives many of the choices in the book, Bennett seems to suggest that the deeper wound is loneliness. Years into her experience at pretending, Stella suspects a new friend might see the truth behind her silent lie. What surprises her most is not her own fear of exposure but the relief resting just beneath the fear. In her brush with discovery, she realizes how desperately she longs to be known.

The miracle of Bennett’s writing is how expertly she weaves the heavy legacies of slavery and colorism into the background of her novel, and then lets us feel their weight in the intimate moments of the lives of the Vignes women. The moment when Stella describes to Desiree how being white makes her feel free.  The next moment when Desiree simply laughs and tells her whiteness and freedom are the same thing. The moment Stella realizes how easy it is to pass as white: all she has to do is behave as though she deserves equal access to the blessings of liberty. Bennett knows that white privilege is nearly always invisible to those who receive its benefits – and unavoidably obvious to those who do not. 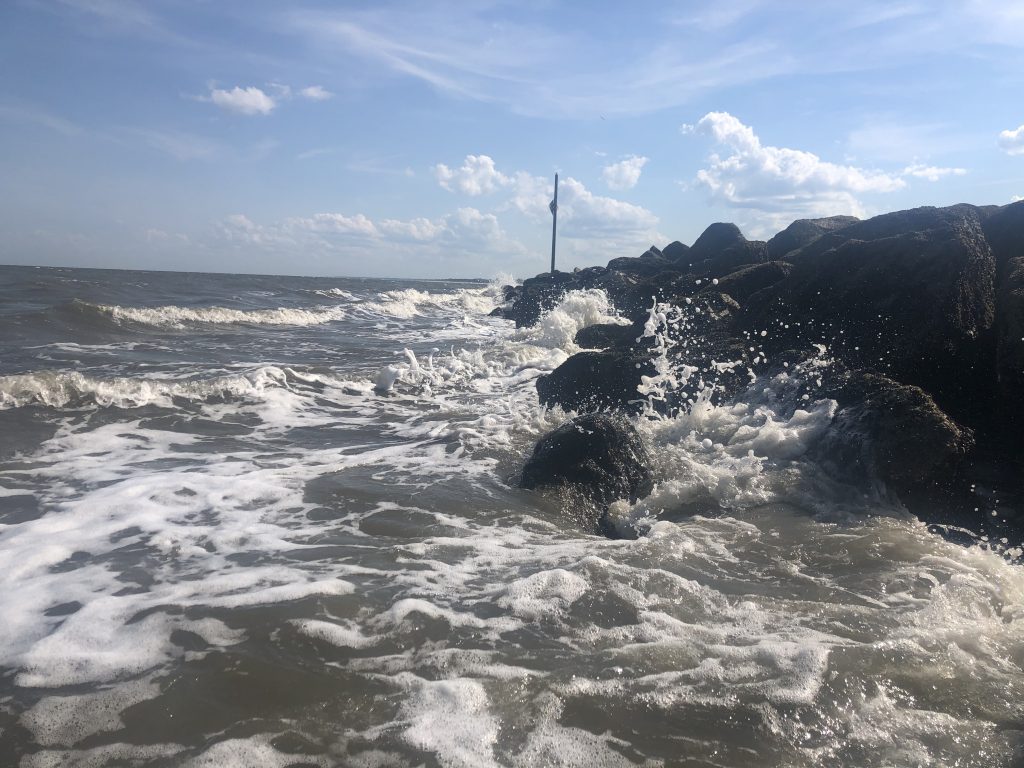 Maybe it has always been this way. History washes over us without our recognizing it until we feel the weight of the past contained in a single moment. Those endless moments when George Floyd pleaded for his life. The moment when his brother Terrence broke down at the site of George’s murder, his voice holding the full measure of all the centuries of justice denied. The weariness, consternation, and bottomless agony in Philonise Floyd’s voice as he testified before Congress, reminding us all again of what we should surely know by now: Black Lives Matter.

We have so often gotten this wrong as a country. We enshrined quite the opposite in our Constitution, valuing the lives of our black brothers and sisters at just a fraction of the whole. We have corrected the arithmetic, but the stain of the original sin remains. 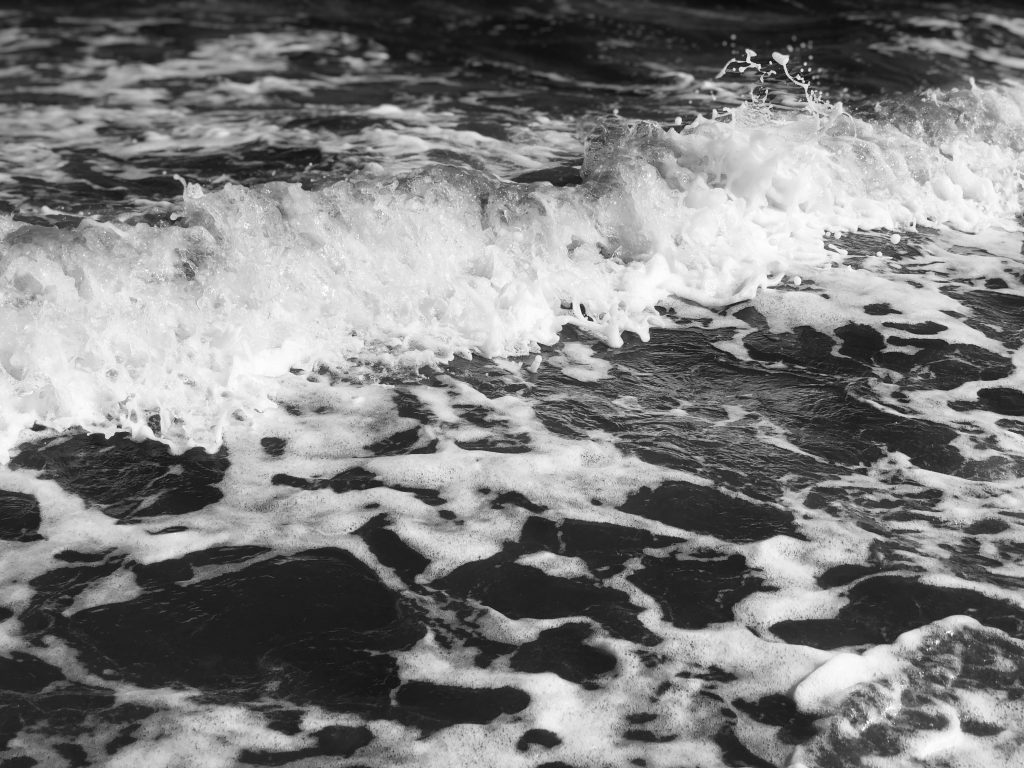 After I finished The Vanishing Half, I turned back to a notebook I have kept for years, filled with the words I wanted to remember from books and articles I have read. The words amplified the beauty of Bennett’s writing for me, helping me hold the weight of our history while we long for a future when all things will be made new.

“The study of law can be disappointing at times, a matter of applying narrow rules and arcane procedures to an uncooperative reality; a sort of glorified accounting that serves to regulate the affairs of those who have power – and that all too often seeks to explain, to those who do not, the ultimate wisdom and justness of their condition.  But that’s not all law is. The law is also memory; the law also records a long-running conversation, a nation arguing with its conscience.” Barack Obama, Dreams From My Father

“The more colored people spent their strength trying to convince [white people] how gentle they were, how clever and loving, how human, the more they used themselves up to persuade whites of something Negroes believed could not be questioned, the deeper and more tangled the web grew inside.”  Toni Morrison, Beloved

“In a society of complex controls, both crude and refined, secret thoughts can often be found in the arts, and so it was in black society.  Perhaps the blues, however pathetic, concealed anger, and the jazz, however joyful, portended rebellion. And then the poetry, the thoughts no longer secret.”  Howard Zinn, A People’s History of the United States

“It demands great spiritual resilience not to hate the hater whose foot is on your neck, and an even greater miracle of perception and charity not to teach your child to hate.”  James Baldwin, The Fire Next Time

“And whether you believe in miracles or not, I can guarantee that you will experience one.  It may not be the miracle you’ve prayed for. God probably won’t undo what’s been done. The miracle is this:  that you will rise in the morning and be able to see again the startling beauty of the day.” William Kent Krueger, Ordinary Grace 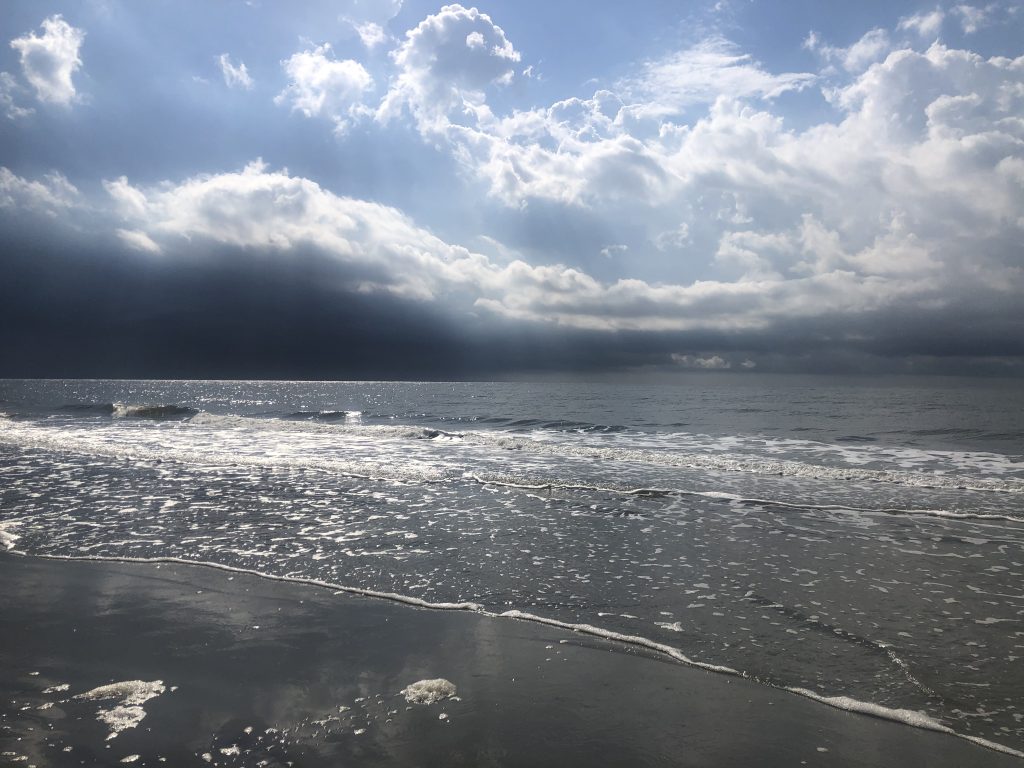 All ocean photos by JHP from Sea Island, GA 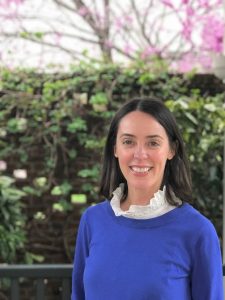