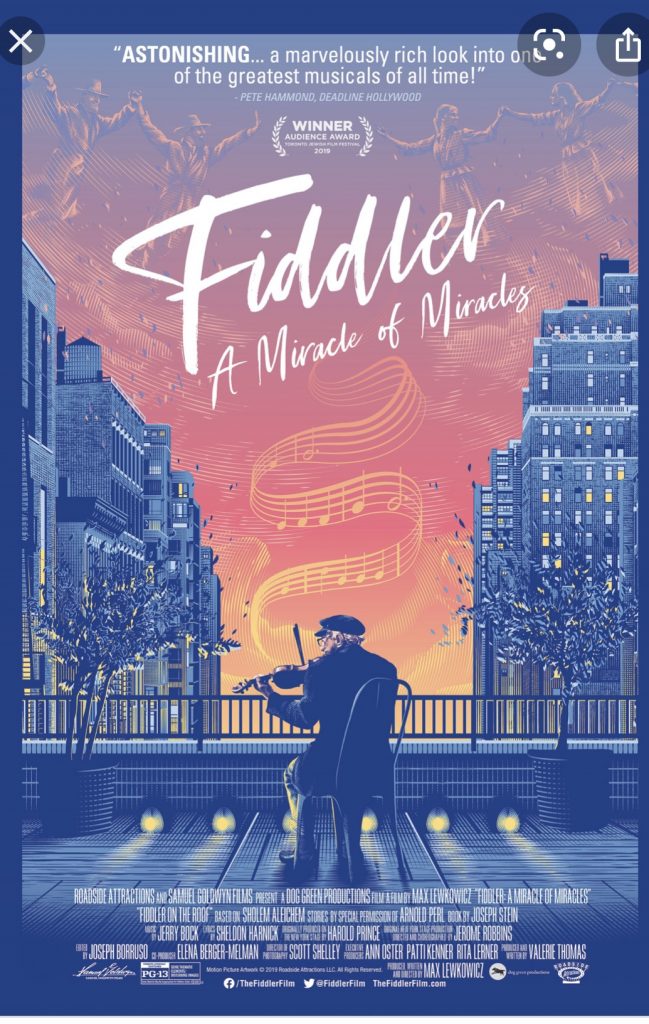 NEWSFLASH: The documentary “Fiddler: A Miracle of Miracles” airs tonight on PBS at 8 pm central!

From the New York Times:

“A fascinating love letter to “Fiddler on the Roof” asks: What makes the quintessentially Jewish musical speak to everyone?

Before “Fiddler on the Roof” became a Broadway classic and cultural touchstone, it was just a pretty bad idea. Who wants to see a musical about a Russian milkman marrying off his daughters before a pogrom?

One of the many virtues of the celebratory documentary “Fiddler: A Miracle of Miracles” is how it transports you to this early, nerve-racking gestation period. You hear a recording of the composer Jerry Bock telling the lyricist Sheldon Harnick about a new song he wrote, introducing it, as “ersatz Hasidic” and “bubbly and spirited and kind of kooky.” After a bashful chuckle, he plays the now-famous opening notes of “If I Were a Rich Man.” Juxtaposing this insecure-sounding pitch with the dizzying array of versions of this song presented all over the world is breathtaking.

Max Lewkowicz’s documentary keeps reminding us of the multiple sources of inspiration for this quintessentially Jewish musical, from the paintings of Marc Chagall to the politics of the day. In early rehearsals, to help his cast understand what being Jewish in turn-of-the-century Russia was like, the director and choreographer Jerome Robbins had them re-enact scenarios that black people endured in the Jim Crow South. Robbins emerges as the most riveting figure, a cruel and demanding perfectionist, who, in the words of one commenter, “bludgeoned” the show into shape.

Lewkowicz recruits a terrific cast of talking heads that include famous fans (Stephen Sondheim, Lin Manuel Miranda) and artists who have worked on the show, like its producer, Hal Prince, who died in July.

“Fiddler” is at once timeless and a product of its time, but the extent to which it departed from its original source material, the Yiddish stories of Sholem Aleichem, goes mostly unexamined. The same goes for any serious grappling with criticism of the show or its film adaptation, but I never minded. Some shows deserve reverential treatment. And the love letter is, to use a word so associated with this show it influences the way many say it, tradition.” 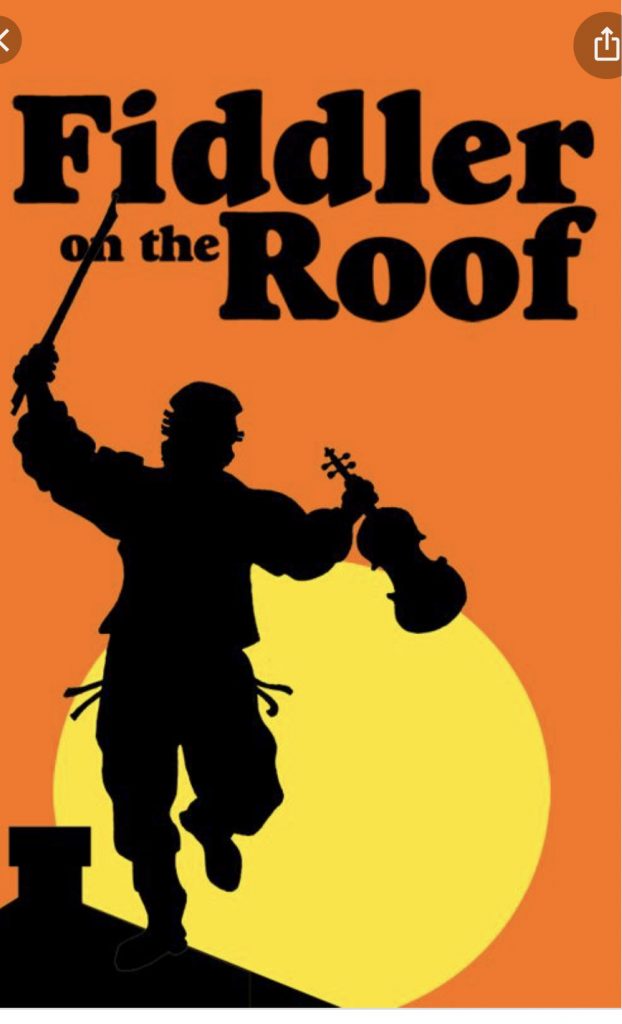 This documentary is also available for streaming on AmazonPrime.