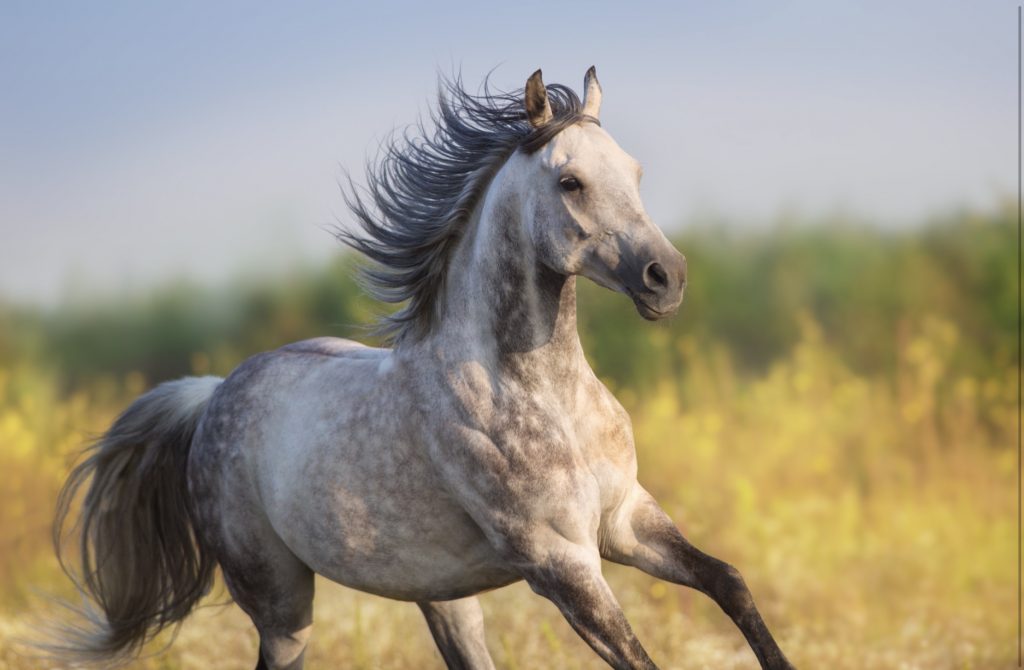 You’re on a galloping horse. On your right is a sharp drop off, and on your left is an elephant traveling at the same speed as you. Directly in front of you is another galloping horse, but your horse is unable to overtake it. Behind you is a lion in pursuit. What must you do to get out of this dangerous situation?

COVID-19 brought the whole carousel to a screeching halt.

Who will you be – and what will you do – when the bright, tinny music resumes? 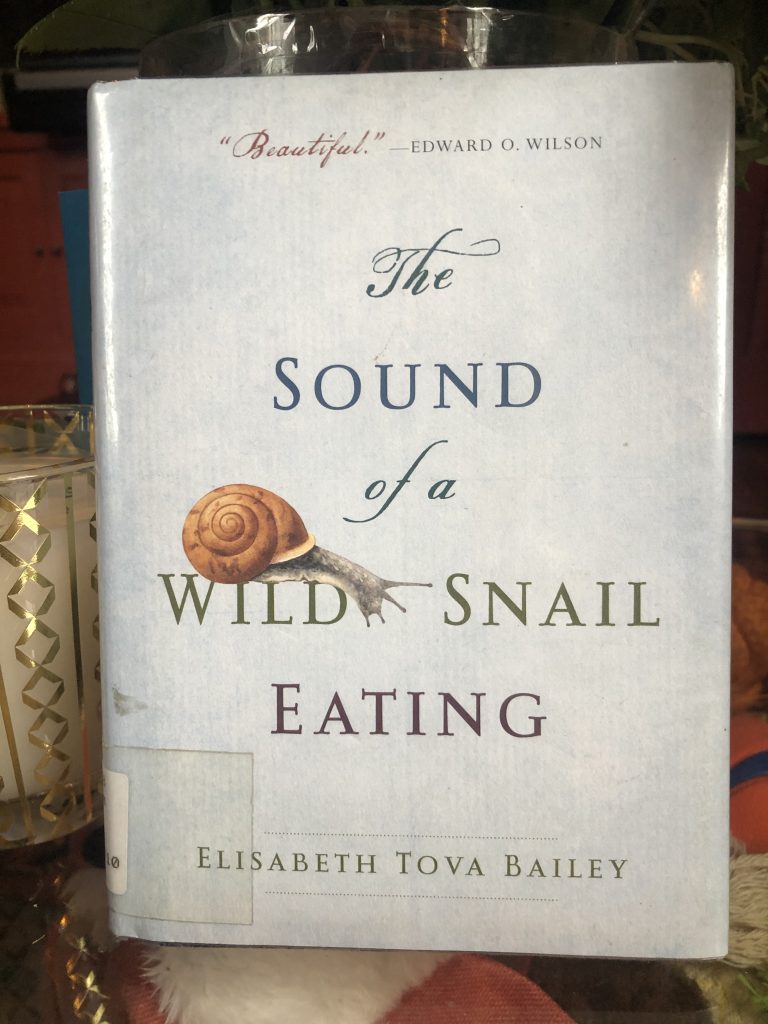 “While an illness keeps her bedridden, Bailey watches a wild snail that has taken up residence on her nightstand. As a result, she discovers the solace and sense of wonder that this mysterious creature brings and comes to a greater understanding of her own place in the world.” -Amazon

(Thank you for bringing me this book, Mary Stone.) 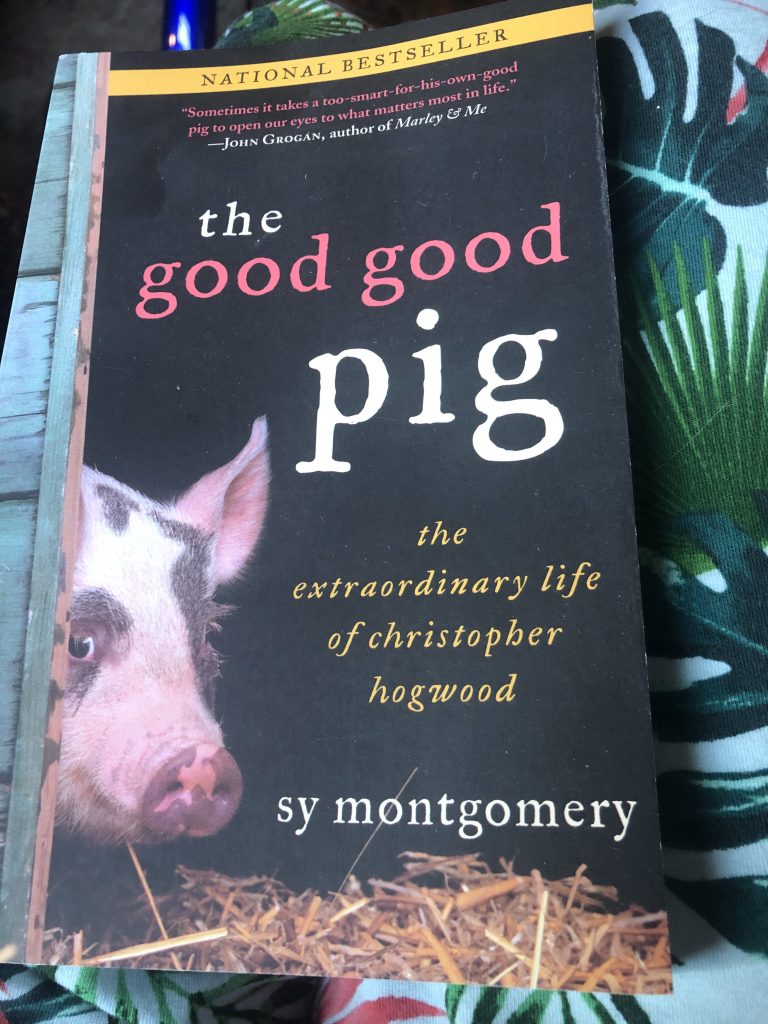 ”When Sy Montgomery opened her heart to a sick piglet, she had no idea that this creature, later named Christopher Hogwood, would provide her with something she had sought all her life: an anchor (eventually weighing 750 pounds) to family, home, and community.” -from book jacket

“[A] charming memoir… Not since Fern’s Wilbur has a pig bored its way more affectionately into the hearts and minds of humans.” -Minneapolis Star Tribune 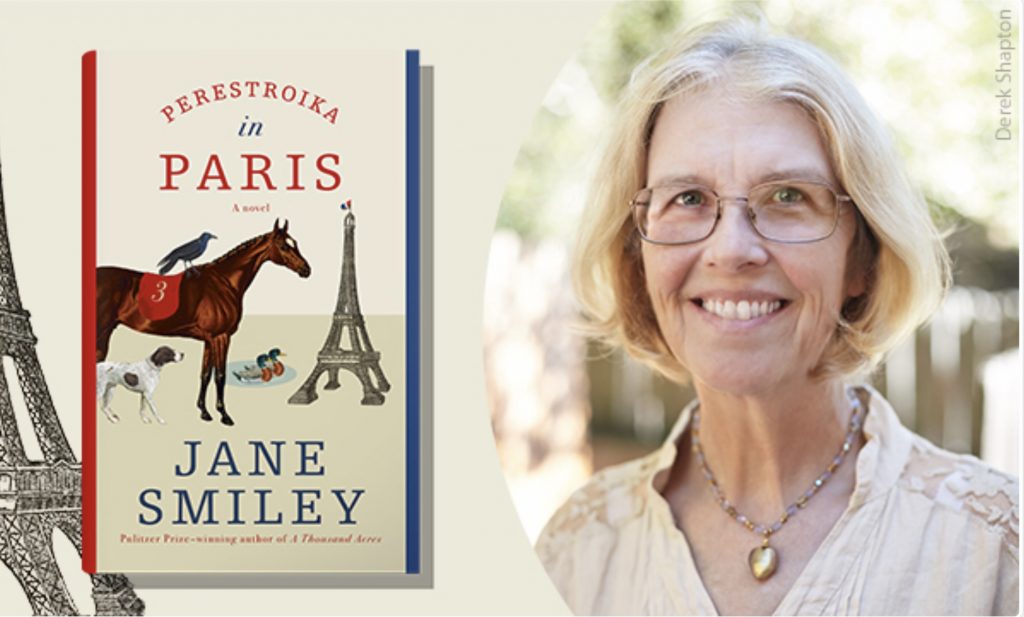 “From the Pulitzer Prize-winning and best-selling author, a captivating, brilliantly imaginative story of three extraordinary animals – and a young boy – whose lives intersect in Paris.

Paras… is a spirited racehorse at a racetrack west of Paris. One afternoon at dusk, she finds the door of her stall open and – she’s a curious filly – wanders all the way to the City of Light. She’s dazzled and often mystified by the sights, sounds, and smells around her, but she isn’t afraid.

Soon she meets an elegant dog, a German shorthaired pointer named Frida, who knows how to get by without attracting the attention of suspicious Parisians. Paras and Frida coexist for a time in the city’s lush green spaces, nourished by Frida’s strategic trips to the vegetable market. They keep company with two irrepressible ducks and an opinionated raven. But then Paras meets a human boy, Etienne, and discovers a new, otherworldly part of Paris: the ivy-walled house where the boy and his nearly-one-hundred-year-old great-grandmother live in seclusion.

As the cold weather and Christmas near, the unlikeliest of friendships bloom. But how long can a runaway horse stay undiscovered in Paris? How long can a boy keep her hidden and all to himself? Jane Smiley’s beguiling new novel is itself an adventure that celebrates curiosity, ingenuity, and the desire of all creatures for true love and freedom.” -Amazon

“After writing some of the most brilliant and ferocious fiction of the past 40 years, Jane Smiley takes a gentler approach in Perestroika in Paris . . . Her tone may be genial, but she’s as tough-minded as ever . . . Underpinning the novel’s abundant humor is a pervasive atmosphere of loneliness and longing for companionship felt by humans and animals alike.”-Boston Globe 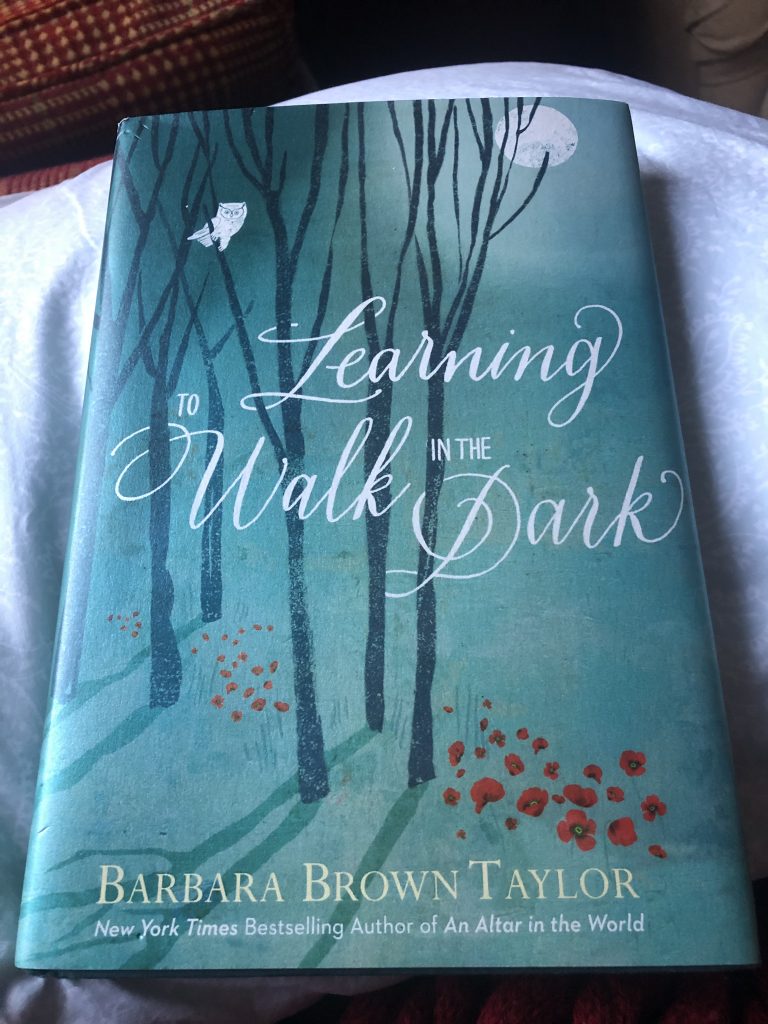 “New York Times bestselling author Barbara Brown Taylor once again writes with wisdom, grace, and beauty… Here she reflects on how our lives do not work only when everything is fully lit… What we need is a spirituality that works in the nighttime.” -from book jacket

(Thank you for giving me this book, Amy Norton.) 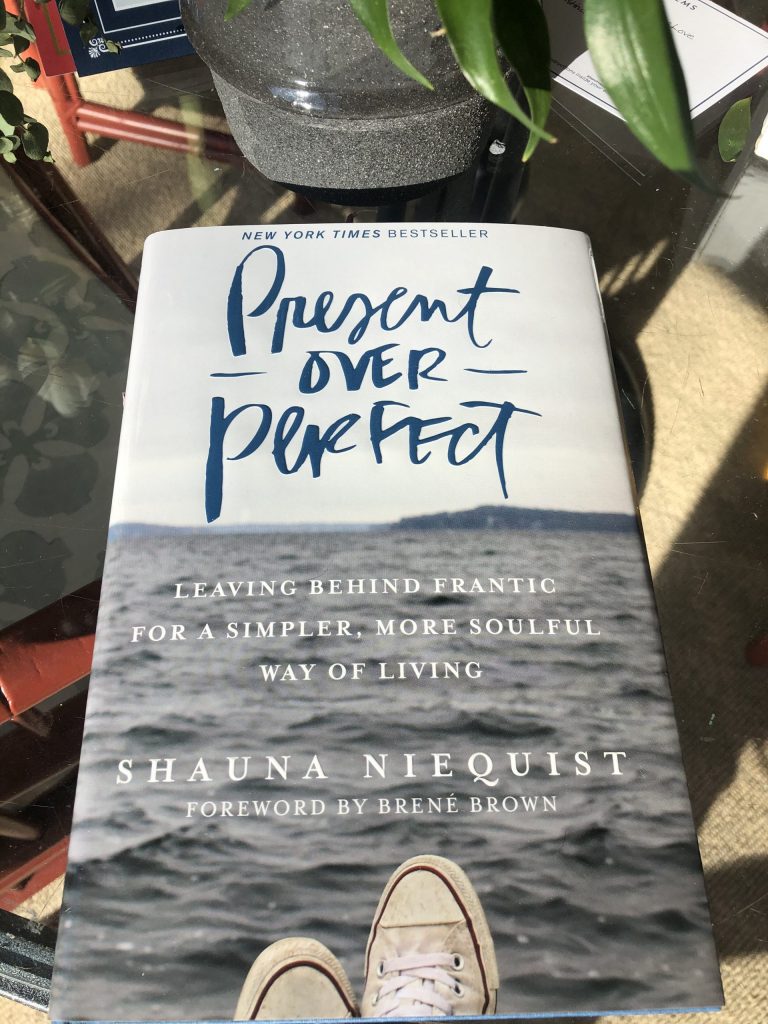 “[Author Shauna Niequist] awakens our desire to not miss our lives. Because that pursuit costs us our distracting habits, we need motivation beyond disciplines and rules. We have to want to really live and be with our people and enjoy this gift of a life that God has given us. Shauna’s life makes me not want to miss mine, and her words here will make you not want to miss yours. -Jennie Allen, author of Anything and Restless

(Thank you for giving me this book, Kate Satz.) 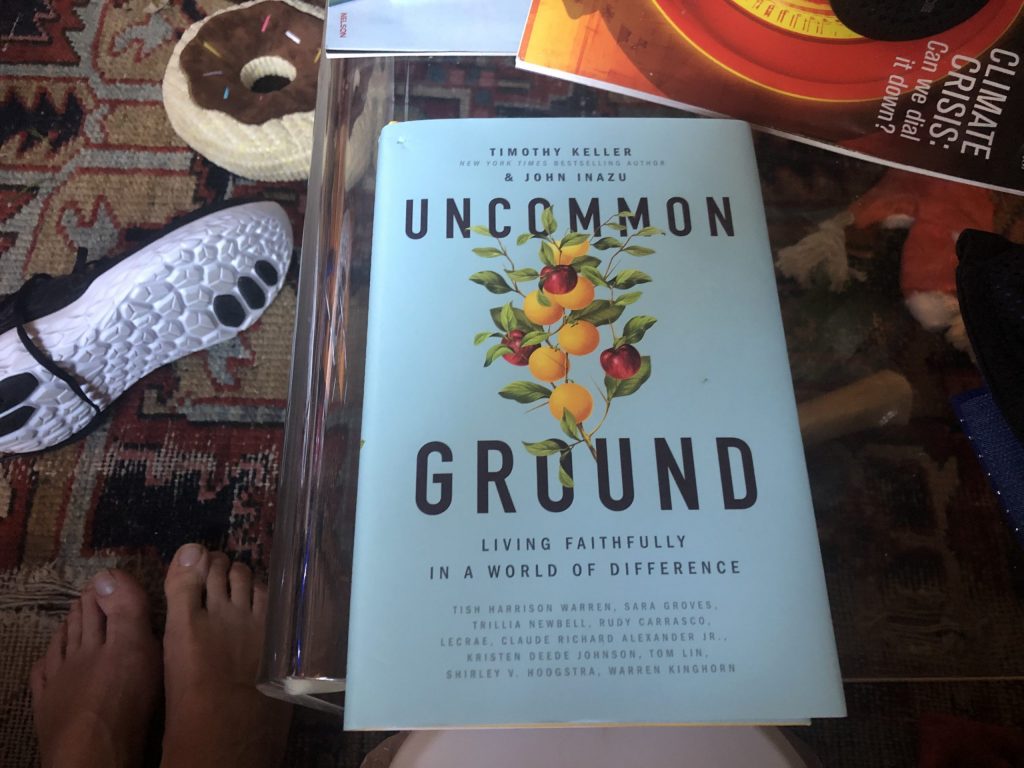 “Americans today lack agreement about the purpose of our country, the nature of the common good, and even the meaning of human flourishing. These differences affect not only what we think but also how we think, as well as how we see the world. In light of these profound divisions, how can Christians interact with those around them in ways that show respect to those whose beliefs are radically different while remaining faithful to the gospel?” -from book jacket

(Thank you for giving me this book, Sam Funk.) 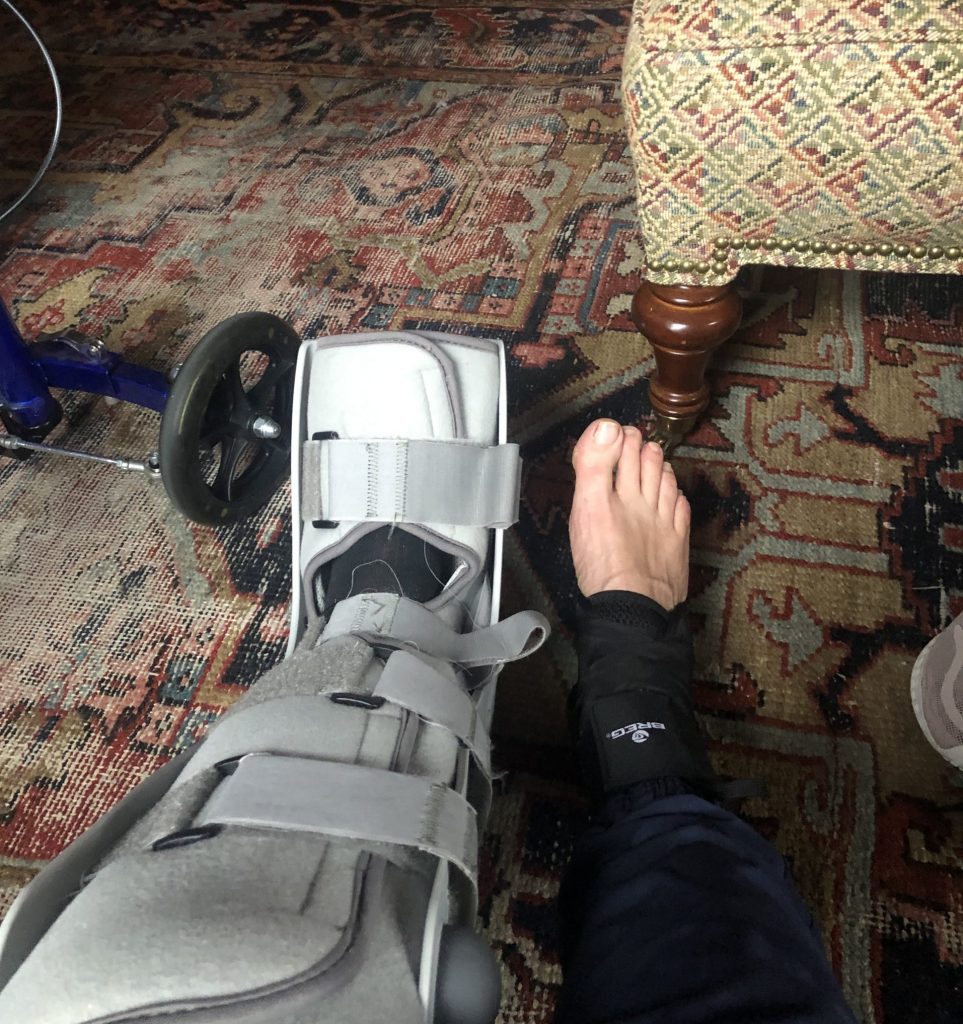 I saw my doctor a few days ago, 5 weeks after surgery. As he examined my left foot, I told him I wanted nothing less than an A+ on progress. I was smiling but I meant it.

He smiled too. Understanding.

My husband was happy too, as he’s getting a little tired of waiting on me hand and foot and salting my chocolate chip cookies and putting the slice of pumpkin bread back in the microwave for a few more seconds.

I’m in a lace-up ankle brace on the right foot but will remain in the tall boot on the left leg for the next 4 weeks. Physical therapy begins in a few days.

(And thank you, Carolyn Taylor, for all the jokes!)