I’m dreaming of Dandelion Wine and Tokyo nights; of rock bands and robots; of love. I’m dreaming of happily ever after; of journeys, and childhood, and home. I’m sailing to a world of pure imagination in these Top Five Summer Reads… please join me! 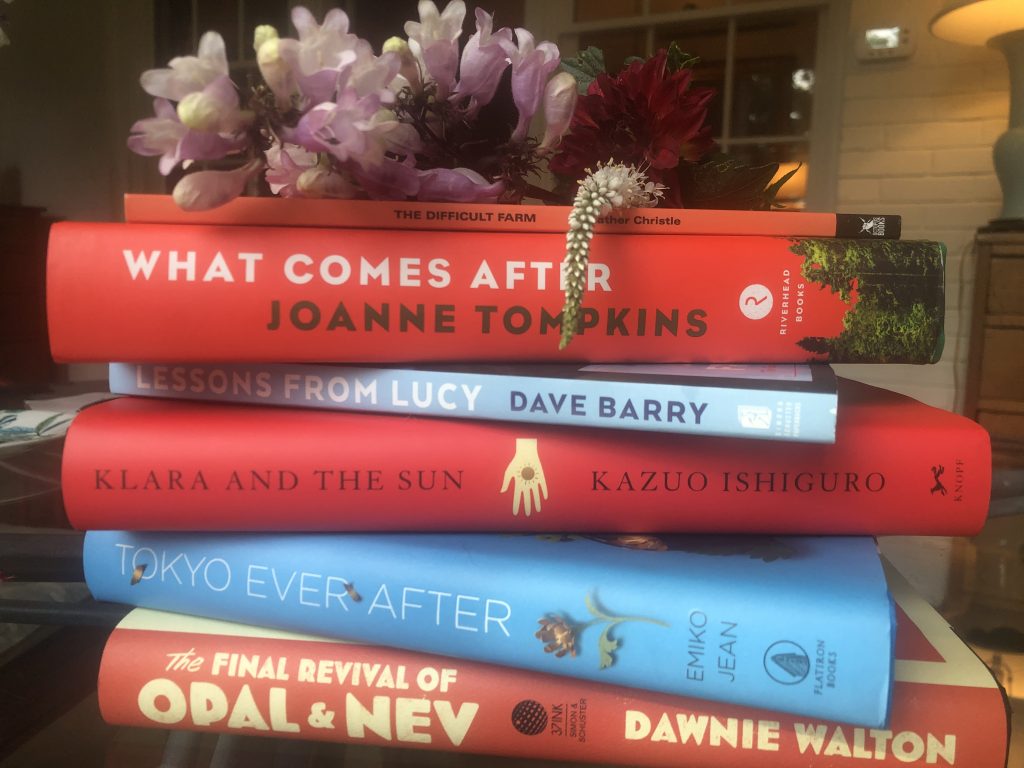 From the Wall Street Journal:

As a girl, I loved the Olympics. I watched every moment that I could; I cut out newspaper articles and made scrapbooks. I can’t wait to hear if the Tokyo Olympics are happening… either way, this novel appeals… 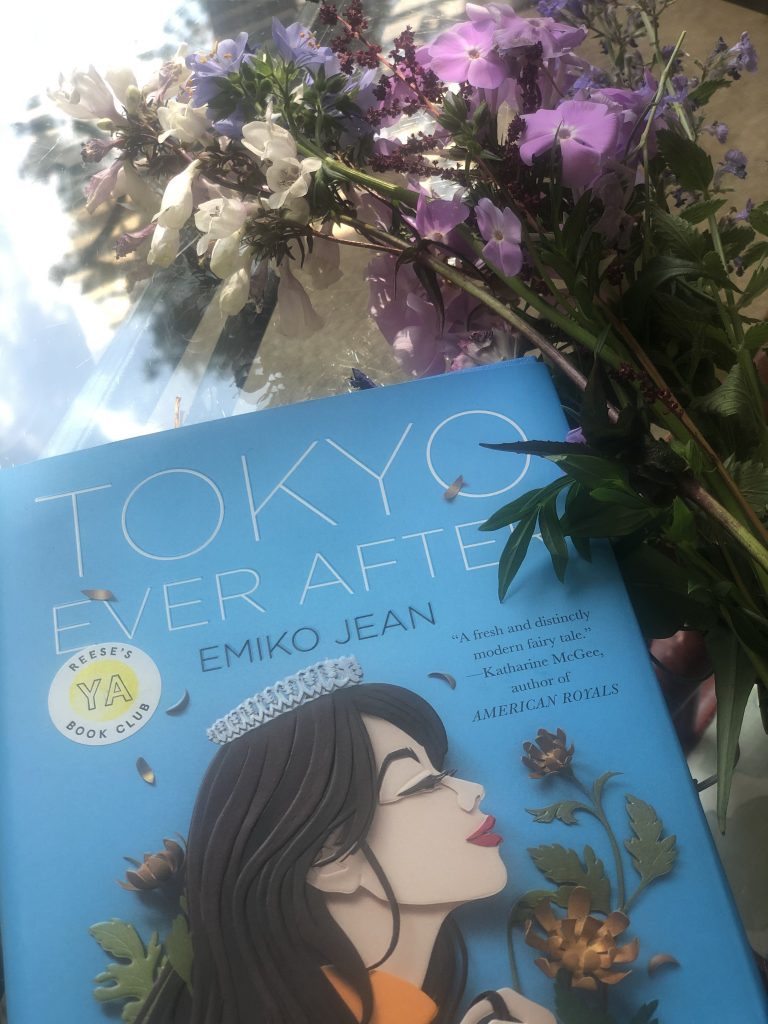 All flowers in photos from my meadow/garden/yard

Tokyo Ever After, by Emiko Jean

Izumi Tanaka has never really felt like she fit in – it isn’t easy being Japanese American in her small, mostly white, northern California town. Raised by a single mother, it’s always been Izumi – or Izzy, because “it’s easier this way” – and her mom, against the world. But then Izzy discovers a clue to her previously unknown father’s identity… and he’s none other than the Crown Prince of Japan. Which means outspoken, irreverent Izzy is literally a princess…

Izzy soon finds herself caught between worlds, and between versions of herself – back home, she was never “American” enough, and in Japan, she must prove she’s “Japanese” enough. Will Izumi crumble under the weight of the crown, or will she live out her fairytale, happily ever after?

Tokyo Ever After is one of the most fun and blissful books I have ever read. Fun, hilarious, and the right kind of silly and sweet, Tokyo Ever After is the fairytale-like story that feels like a soft pillow after a hard day, gentle in its affirmations and fierce in its celebration of love.

Tokyo Ever After is marketed to a YA audience. Klara and the Sun, by contrast, lives on the opposite end of the spectrum – high literary fiction. My friend Sean Kinch loved it, and I love Ishiguro’s other works, so I will read it.

Klara and the Sun, by Kazuo Ishiguro 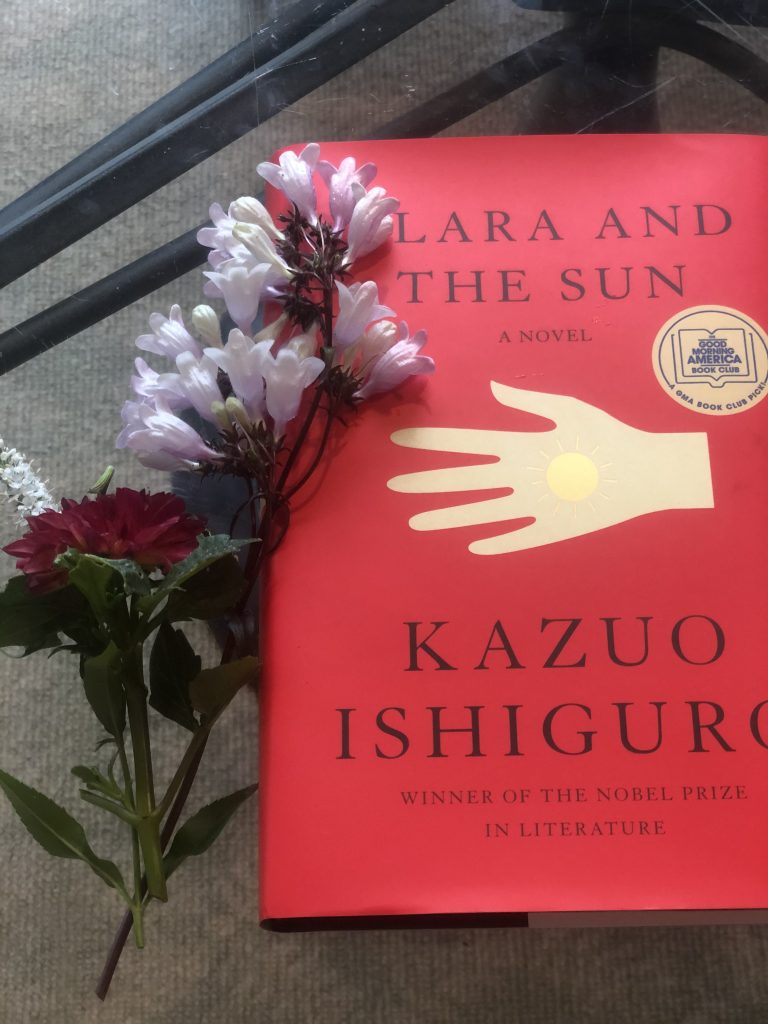 Voice, vision, scope – Kazuo Ishiguro’s novels sound like no one else’s, reimagine the world in brilliant ways, and subtly touch on enormous swaths of experience. Klara and the Sun, ostensibly about the relationship between an AF (artificial friend) and her teenage partner, charts the sentimental education of a robot who becomes entangled in the dramas of an American family in the not-distant future. Moving, thought-provoking, disturbing, Ishiguro’s latest is also a beautiful work of art.

The Final Revival of Opal and Nev, by Dawnie Walton 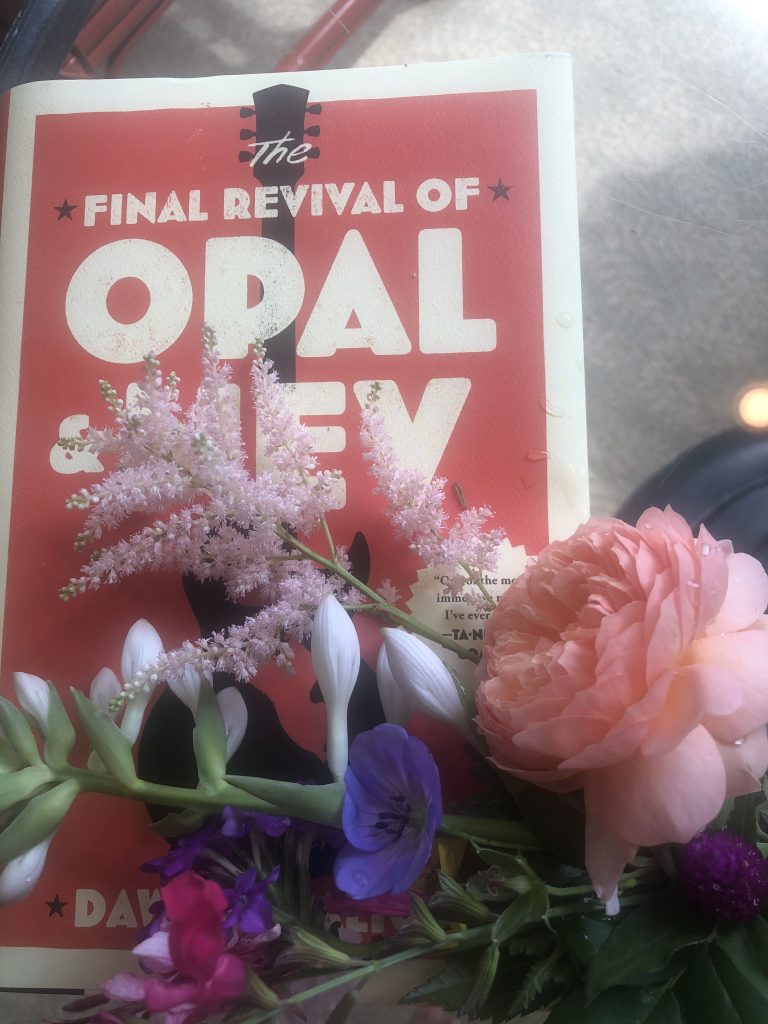 Some thoughts from Maureen Corrigan at NPR:

“I knew from all the buzz about The Final Revival of Opal & Nev that it’s a work of fiction by first-time novelist Dawnie Walton. But after I started her book, I had to stop and double check to make sure that this wasn’t a true account of a real-life rock duo from the 1970s. That’s how authentic this odd novel feels, composed, as it is, out of a pandemonium of fictional interviews, footnotes, talk-show transcripts, letters and editor’s notes.

To say that The Final Revival of Opal & Nev is a sly simulacrum of a rock oral history is to acknowledge only the most obvious of this novel’s achievements. Walton aspires to so much more in this story about music, race and family secrets that spans five decades.”

I would never say that a book is a “sly simulacrum” of anything because I don’t know how to pronounce that word and I’m not entirely sure what it means.

It’s an imitation or simulation, I assume. Mating with a crumb cake.

Either way, I’m all in for this groovy summer read.

Finally: What Comes After, by Joanne Tompkins, a novel set in small-town Illinois that involves murder, community, and Quakers. I don’t think it’s too heavy for a summer read. I hope not. 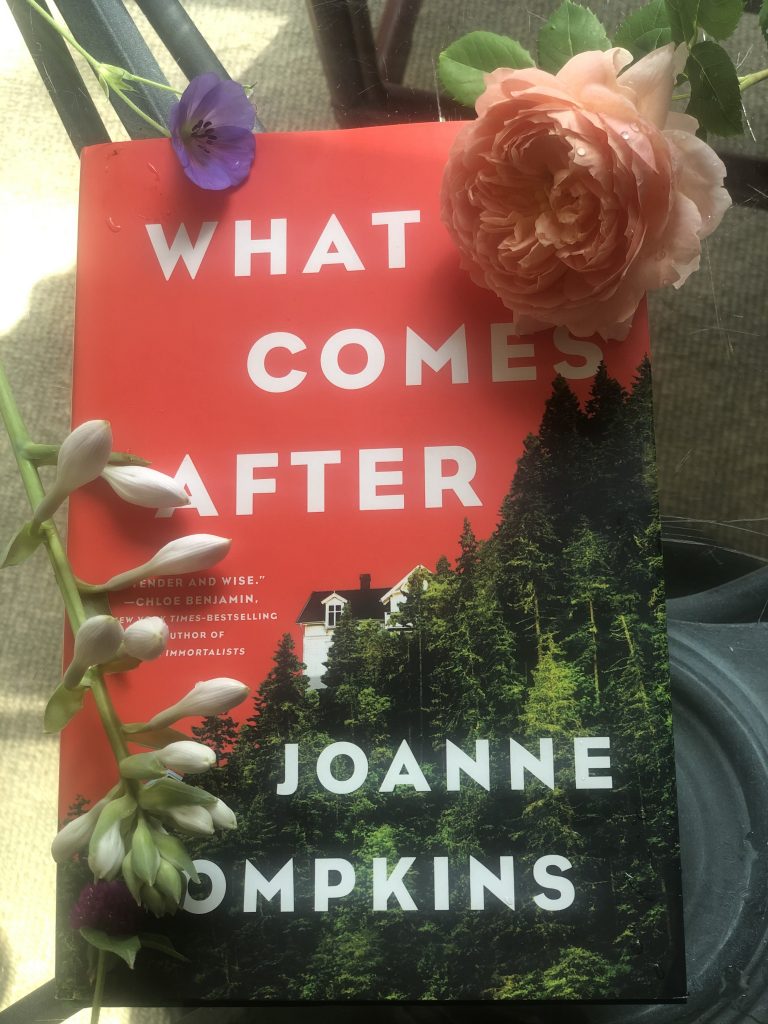 I love the headline of the NYT review…

How Do You Rebound From Tragedy? Begin by Welcoming the Future

In JoAnne Tompkins’s debut novel, “What Comes After,” a town reeling from unimaginable loss opens its doors to a pregnant stranger.

“What Comes After” opens with a quote from Thomas Merton: “We are already one. But we imagine that we are not.”

Oh, how our imagination shapes us! In the immortal words of Willy Wonka…

BONUS PICK (sent to me by my friend Jack Barnwell): 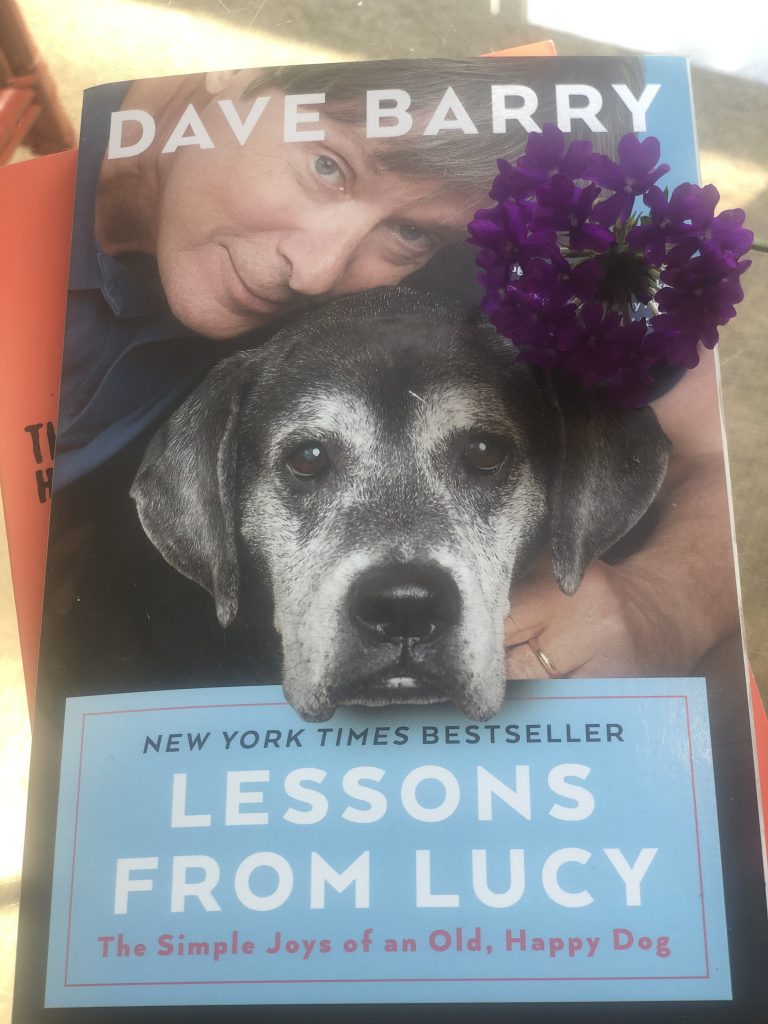 I am writing after happy hour and a steak dinner with a tres bon vin rouge, so my memory on why I sent you Lessons From Lucy is not as clear as it might be. As well as I can reconstruct the reason, it is because you were a bit, or more than a bit, blue at the time, and I thought his humor could cheer you up. I think Dave Barry is one of the best humorists of his time. He doesn’t pretend to be sophisticated; he doesn’t use dry wit; he doesn’t play with words.

I am at the Lake, and my copy of the book is in Raleigh, so I can’t quote the text of those lessons.

The serious parts of the book, the lessons, are more applicable to old age (he and I are only months apart in age) than to young middle-age folks like you. Of the six lessons, and I think they are so good that I have them tacked to the closet door in my study, the one that hit me the hardest is this (and I don’t have the exact language): “Pay attention to the people you love; listen to them now, not later.” I am working on that, and I think I am doing better.

You cheered me by sending it, Jack. And I so look forward to reading it.