What will Spring look like in Kyiv? I dread it for them – and for us. This week, an icy grip holds the city. And worse approaches.

In my yard, the world awakens and gladdens. Part of me does too. How do we hold both the joy and the sorrow of the day within us? It seems to me that is always the question. 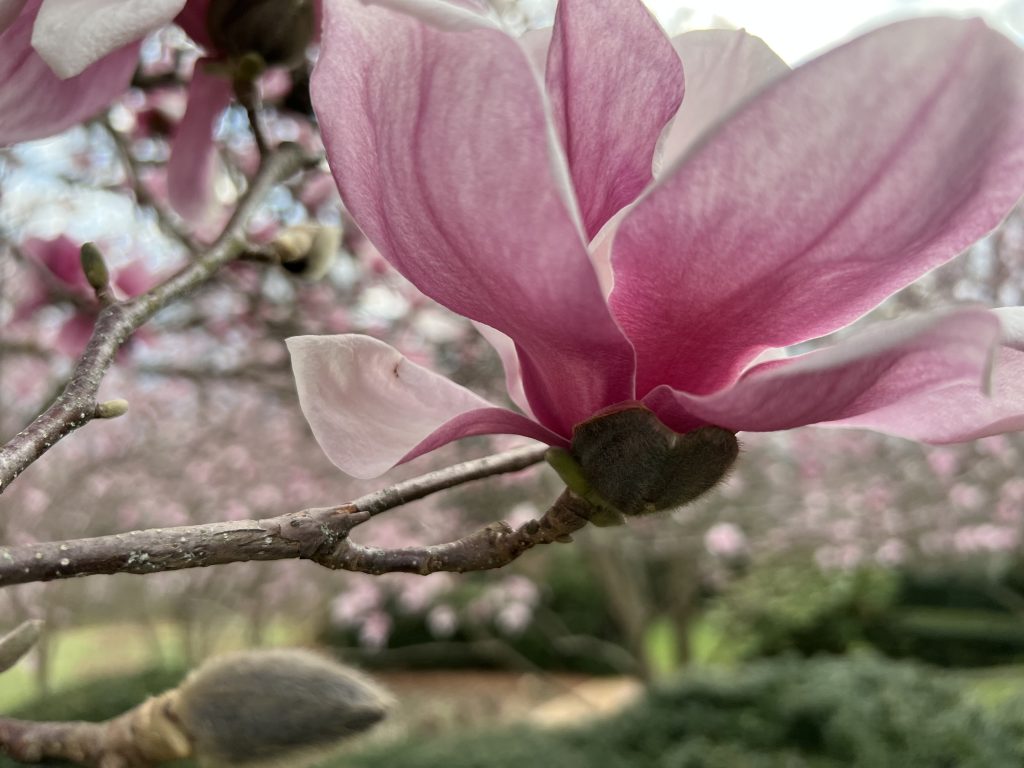 Today, I’d like to feature a book of stories by a Ukrainian writer recommended by my favorite book critic, Sam Sacks. I’ll also give you my Top 10 for Spring – a collection curated what seems like a long time ago.

First, the Ukrainian stories, as described by Sam Sacks in the Wall Street Journal: 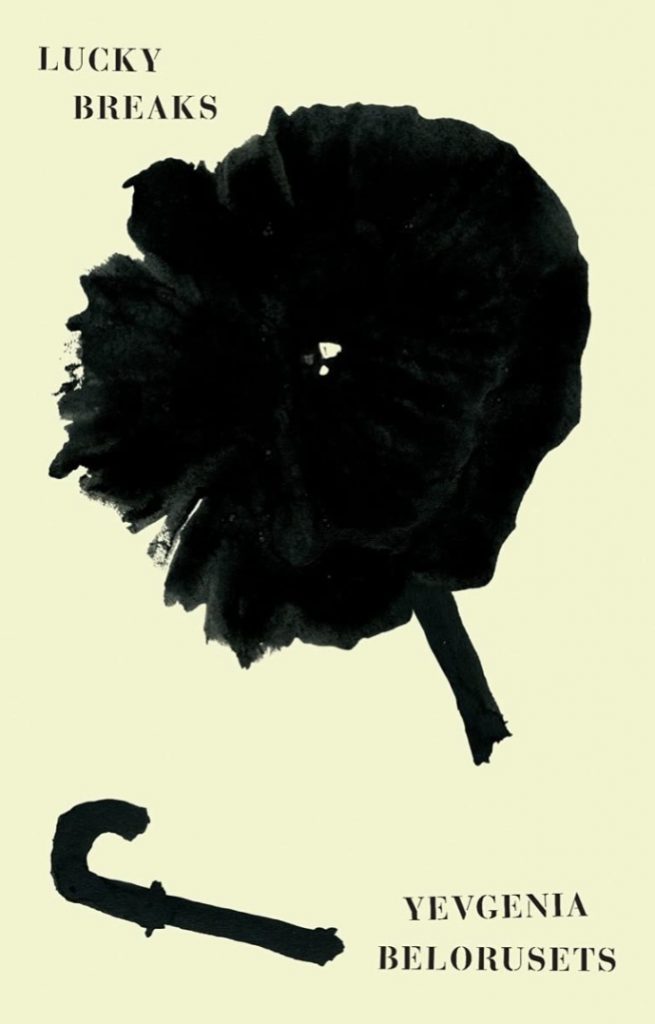 “The stories in Yevgenia Belorusets’s collection “Lucky Breaks”, translated by Eugene Ostashevsky, take place in Ukraine during and after the 2014 war fomented by Russians and Russian-backed separatists in the eastern Donbas region. But while war is always implicitly present, the writing focuses on mundane aspects of daily life, mostly as experienced by women. In “The Woman With the Black, Broken Umbrella,” for instance, a woman in Kyiv, having escaped the fighting in the east, has a public meltdown when her umbrella refuses to open at a bus stop. This juxtaposition of the pedestrian and the cataclysmic lends the sketches their sense of irreality, or what Ms. Belorusets calls “that clinging bewilderment, the distractedness that does not let go.”

However unstable or absurdist it may appear, though, one vital aspect of daily living in “Lucky Breaks” is its insistence on continuing. Interspersed with the stories are photographs taken by the author of unexceptional scenes in city parks and residential neighborhoods. Often the writing turns tender and wistful. Some stories are about the sudden forging of close friendships, which the characters find just as unaccountable as war, but now unaccountably joyous. This, too, is the nature of a world defined by unpredictability. “That’s the kind of country we have, okay? The unprotected kind,” explains a father to his daughter in “Lena in Danger.” “You can’t really live in this country – you’re threatened from every side at every moment. That’s the kind of country it is. If you had the luck to be born here, you take things as they come.” Right now Ms. Belorusets is in Kyiv and is publishing daily diary entries about another, even more terrible war.” 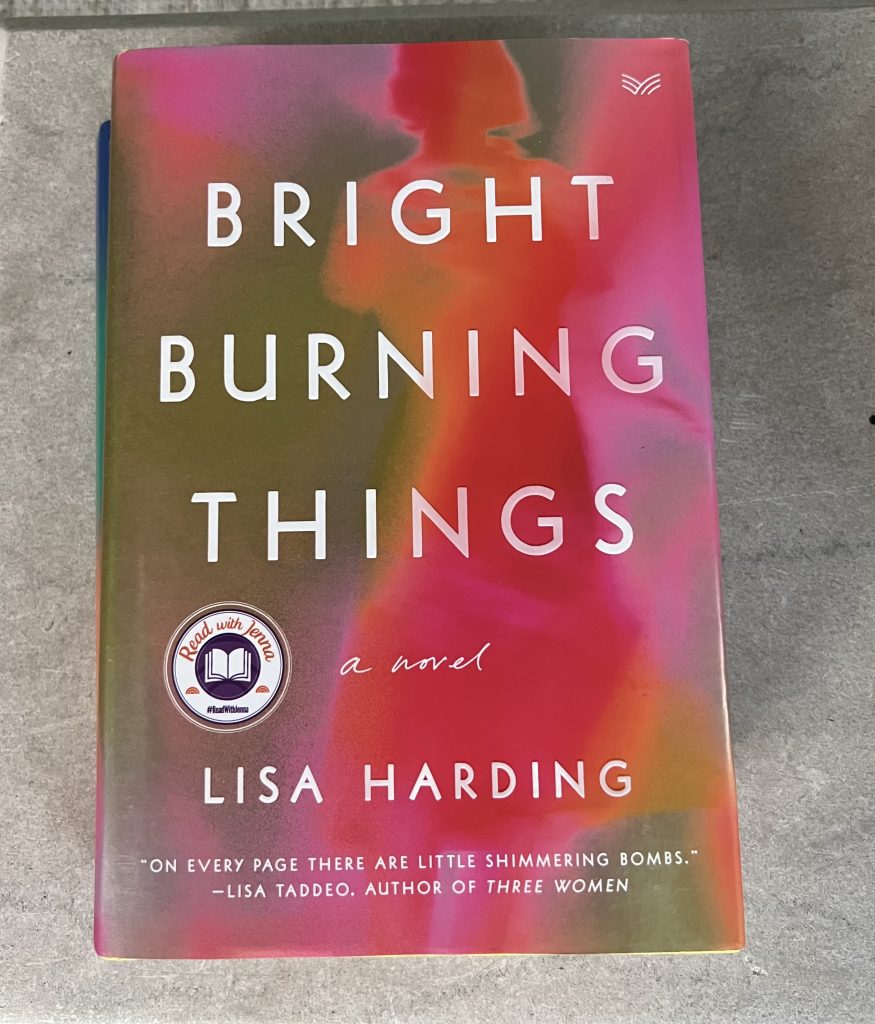 My top pick for Spring – the novel Bright Burning Things by Lisa Harding – stirs the mind and heart with its energy and vitality. We meet the main character, Sonya, playing on the beach with her four-year-old son and huge dog, Herbie – “[t]he dog bounds after him and the two of them frolic at the water’s edge and I feel wave after wave of delicious things, my body vibrating with them, fingertips electric, heat pulsing its way through me.” They’re having the world’s best day! You’ll love every moment of it until you realize that she’s drunk.

Sonya has to lose everything before she can figure out a better way of moving through the world. Bright Burning Things explores the cunning power of alcohol and the generational impact of frayed family relationships. It also offers a slow-growing, hard-earned hope, one based on honesty, growing up, and learning to trust yourself and the right people around you. Set in Dublin, it also offers a healthy serving of nuns doing God’s work in the world. 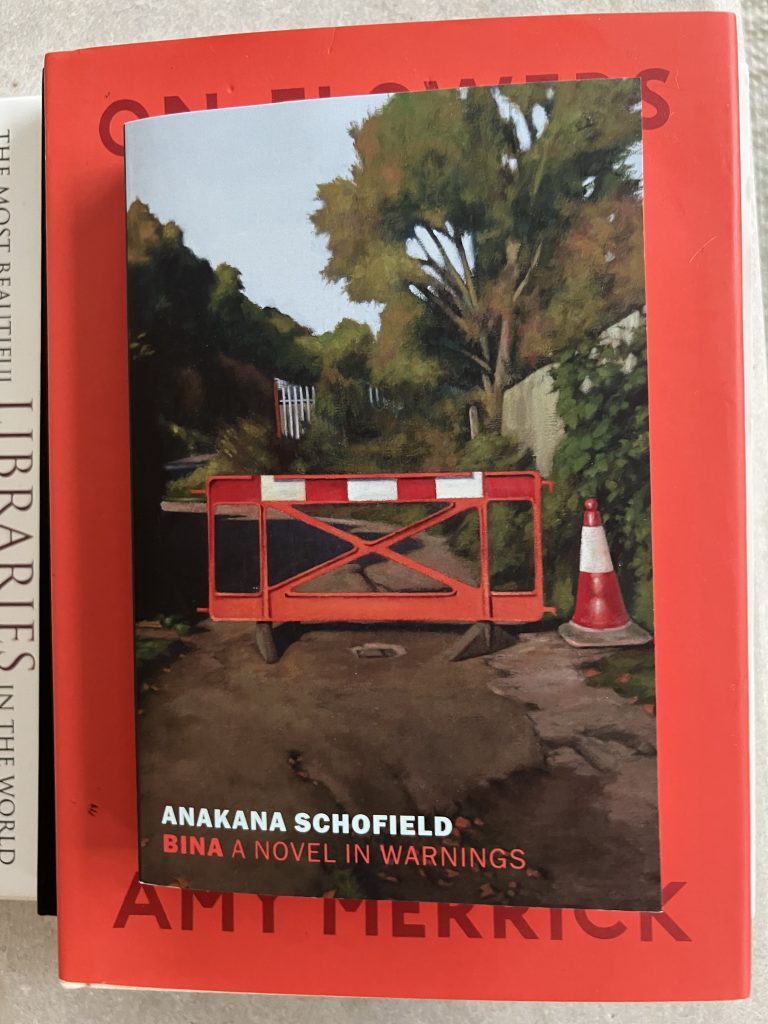 Next up, also set in the UK, is Bina: A Novel in Warnings, by Anakana Schofield.“My name is Bina and I’m a very busy woman,” our narrator begins. “That’s Bye-na not Bee-na. I don’t know who Beena is, but I expect she’s having a happy life. I don’t know who you are, or the state of your life. But if you’ve come all this way here to listen to me, your life will undoubtedly get worse. I’m here to warn you, not to reassure you.” What a beginning! 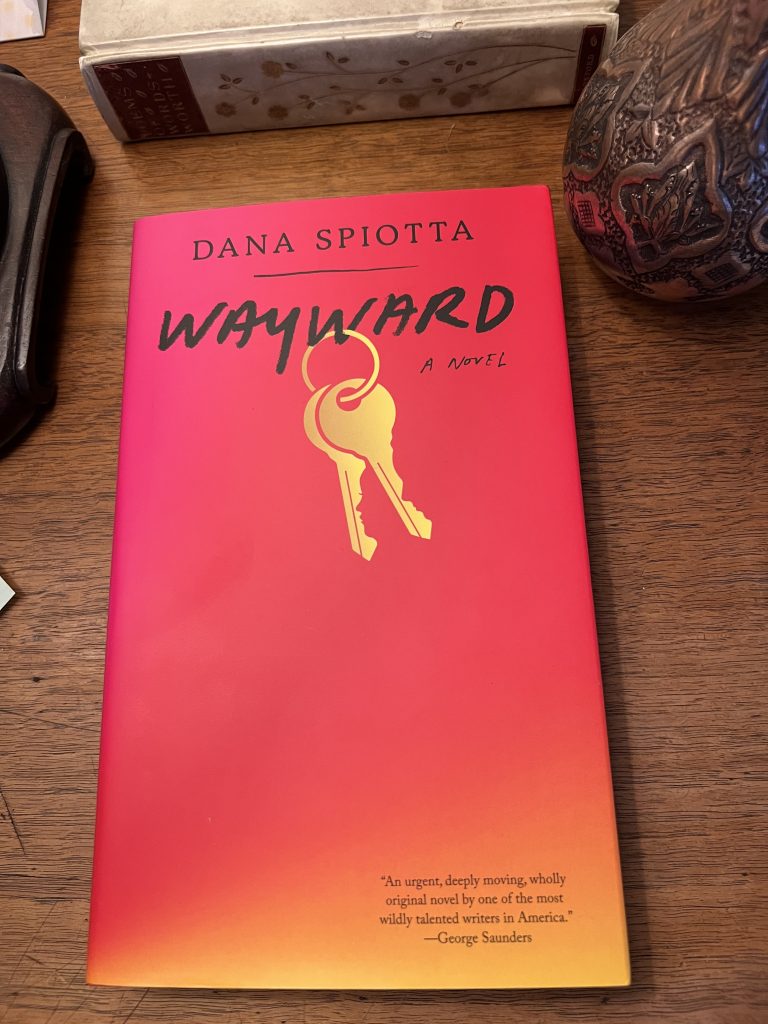 Bina: A Novel in Warnings opens with this epigraph: “For every woman who has had enough.” Wayward, by Dana Spiotta, might say the same, though it speaks in a softer voice. Wayward follows the adventures and misadventures of Sam, a middle-aged woman who leaves her husband and teen-age daughter for… a house. (You heard me right.) It’s a fixer upper, Arts and Crafts style, in a dangerous neighborhood. But in that house, with its “inglenook” and its beadboard, Sam thinks she can finally live the authentic life she’s supposed to be living. Her husband and daughter have a hard time understanding her decision, but she’s not really thinking about them.

The novel takes an unexpected left turn about two-thirds of the way in, when Sam witnesses an episode of police brutality. It’s a strange but interesting narrative choice. The heart of the novel remains Sam’s journey of self-discovery and its costs. Wayward might be a good choice for book clubs, with plenty of controversial material to unpack. 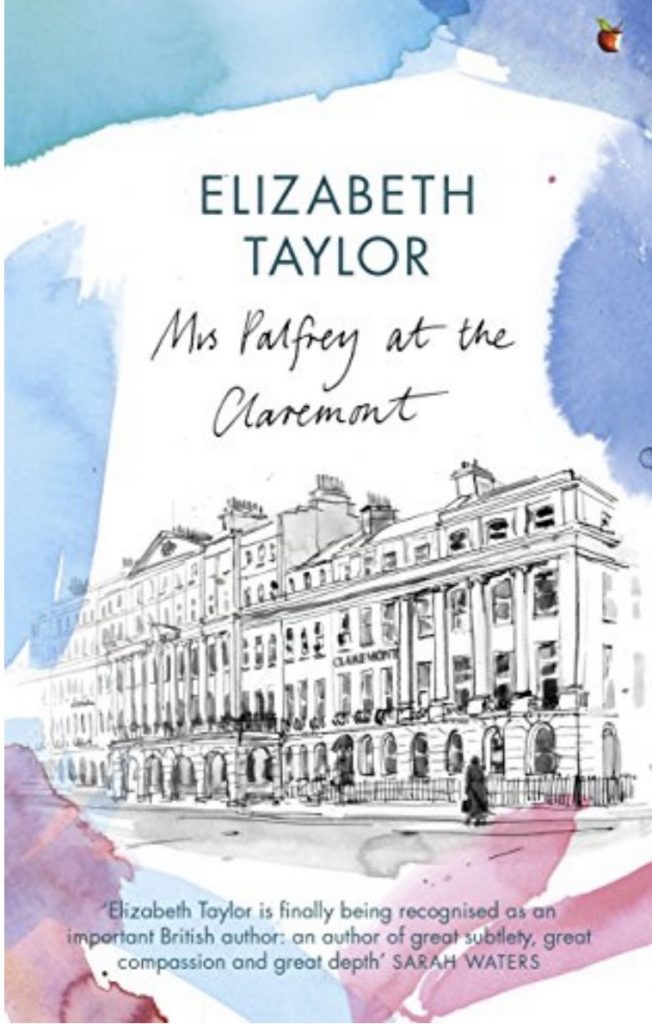 As intriguing as I found the main characters in Bright Burning Things, Bina: A Novel in Warnings, and Wayward, my favorite main character for Spring emerges from the pages of an older novel – Mrs. Palfrey at The Claremont, by Elizabeth Taylor (not that one), published in 1971. The New York Times Book Review featured this novel on its front page a few months ago, asking, “Was Elizabeth Taylor the Best British Novelist of the Postwar Era?” (Answering – maybe.)

I can only begin to convey the novel’s charms. Imagine as heroine Olive Kitteridge set up in a cozy little middle to lower-income hotel in London that caters largely to retirees. (It’s part-hotel, part-retirement home; I don’t know if this kind of place still exists in London.) Mrs. Palfrey is large, slightly mannish, widowed, self-aware – and lonely. Her grandson, who also lives in London, rarely visits, but Mrs. Palfrey develops a close relationship with a different young man altogether based on a chance meeting. She and this young man pretend, in front of the other residents, that he is her actual grandson. The stakes get higher than you would expect. The novel is, in part, a comedy of manners, as one comes to know the elderly residents and their small vanities and kindnesses and cruelties. Yet it is not too much to say that Mrs. Palfrey at the Claremont plumbs the depths of the human heart. I love it (and Mrs. Palfrey) with a passion. 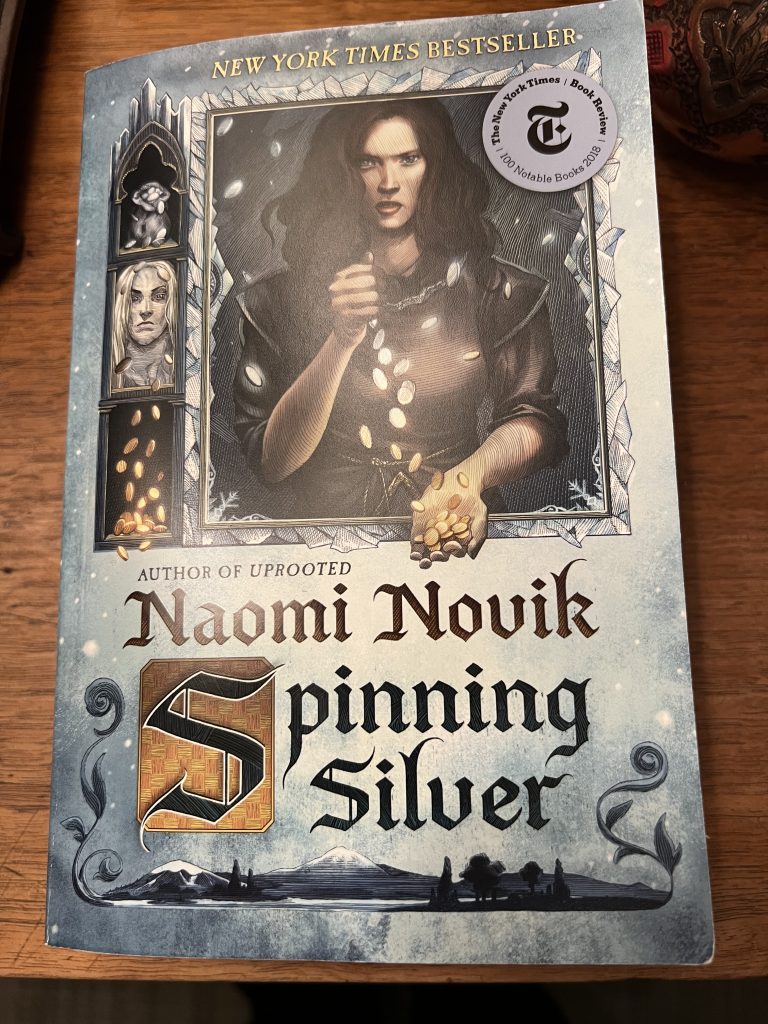 I also became quite fond of Miryem, the heroine of a fantastical fairy tale of a novel called Spinning Silver. Miryem, daughter of a moneylender, grows up in a tiny cottage on the edge of the woods. We seem to be located somewhere in the territory of Russian folk tales. As Miryem’s talent for moneylending emerges – she’s a girl who turns silver to gold – she attracts the attention of the mysterious, otherworldly “Staryk”, who raid the human world and bring winter along with them. She’ll have to outsmart her cruel and handsome captor in order to survive. Questions of Jewish identity and culture are deftly woven into this pleasing, suspenseful tale by Naomi Novick. (Bonus: originally published in 2018, this novel is now available in paperback).

Here are five more books I hope to read in the greening days of Spring: 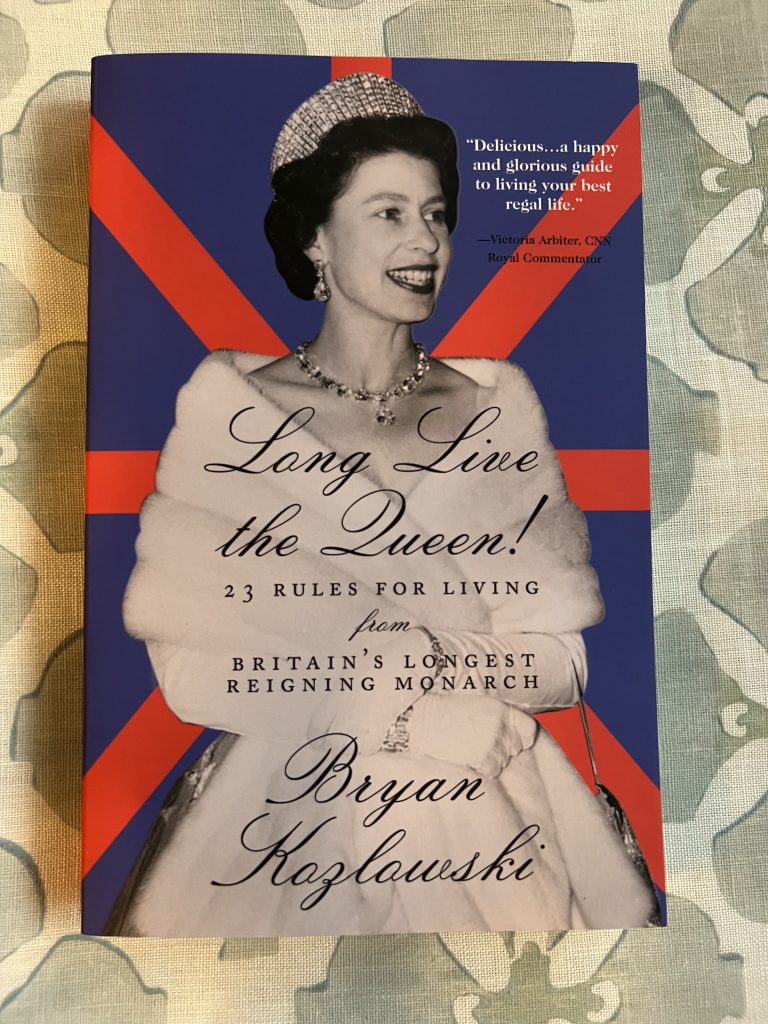 Long Live the Queen! 23 Rules for Living, by Bryan Kozlowski

“Does this crown make me look old?” said the Queen never.

Her longevity, health and physical stamina are legendary. Now officially the longest reigning monarch in British history, Elizabeth II has spent over half a century on the throne, rarely taking a sick day and, in her tenth decade, remains amazingly comfortable in her own skin. How does she do it?

Extensively researched and delightfully revelatory, it’s the story of how one strong queen can make stronger, happier, healthier subjects of us all. Long live you!” 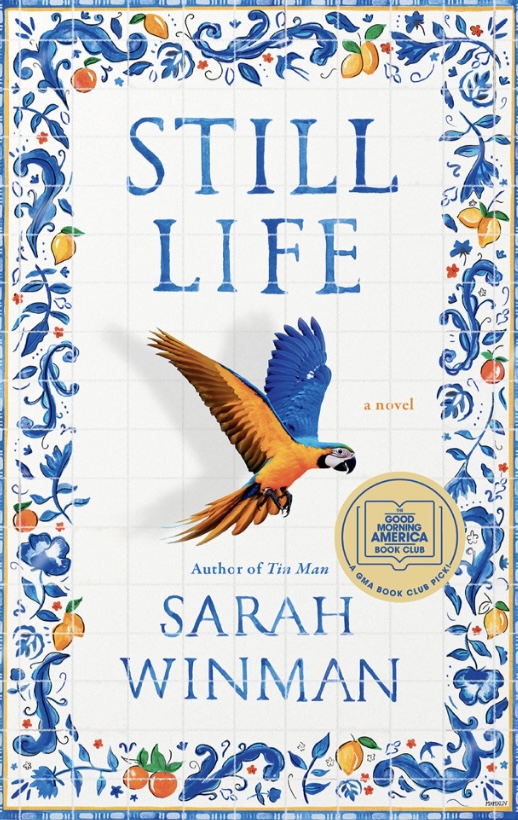 “In war-torn Italy in 1944, Evelyn Skinner, an English art historian in her sixties, meets Ulysses Temper, a young Allied soldier from London, and they accidentally discover a repository of hidden artworks.

The experience is to weld them together for life, though they don’t yet know this.

…It is art that fires the imagination of almost every character in this novel and Winman writes about it with an assured pen, never swamping the reader in unnecessary technicalities – although she may very well send them off to Google Images to feast their eyes on whatever work is currently on the page.

There are not enough superlatives to contain the magnitude and beauty of this novel. It explores the very foundations of the meaning of family; is it really a collective gene pool or does the heart of family mean something else entirely?

Besides being a story of ordinary lives surrounded by extraordinary art, it manages to be a short, extremely entertaining encyclopaedia of Italian, and in particular Florentine, art history.

…It is, above all, a testament to love.” 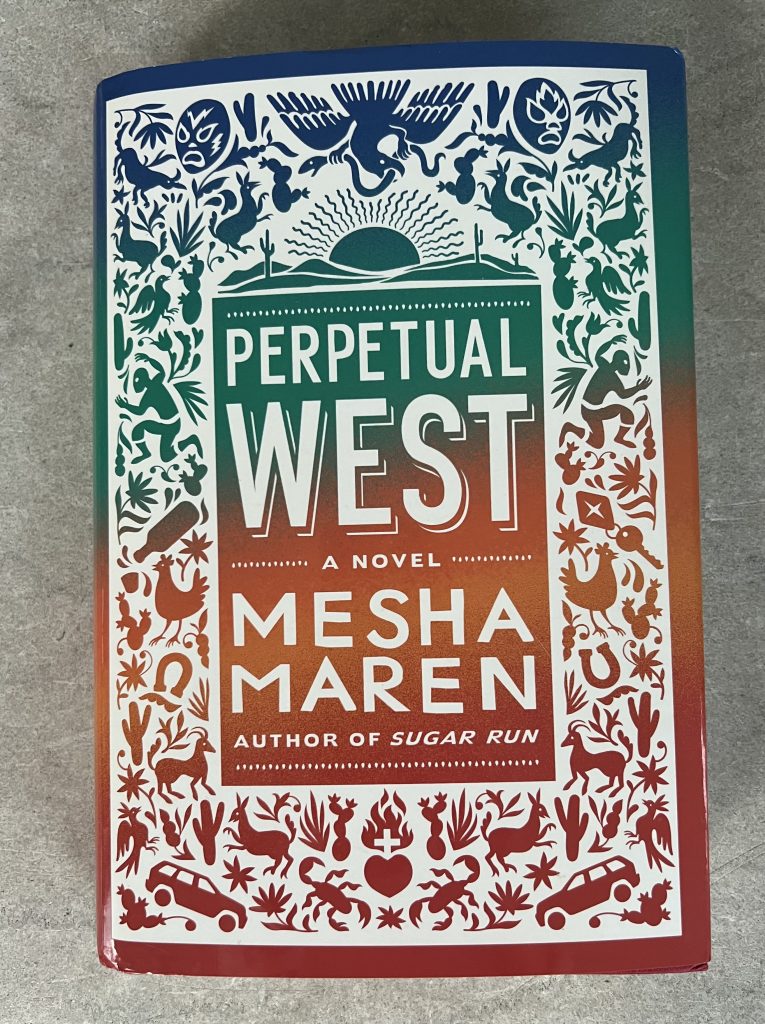 “When Alex and Elana move from small-town Virginia to El Paso, they are just a young married couple, each the other’s best friend, intent on a new beginning. Born in Mexico but adopted by white American Pentecostal parents, Alex is hungry to learn about the place where he was born…

When Alex goes missing and Elana can’t determine whether he left of his own accord or was kidnapped, it’s clear that neither of them is able to face who they really are…” 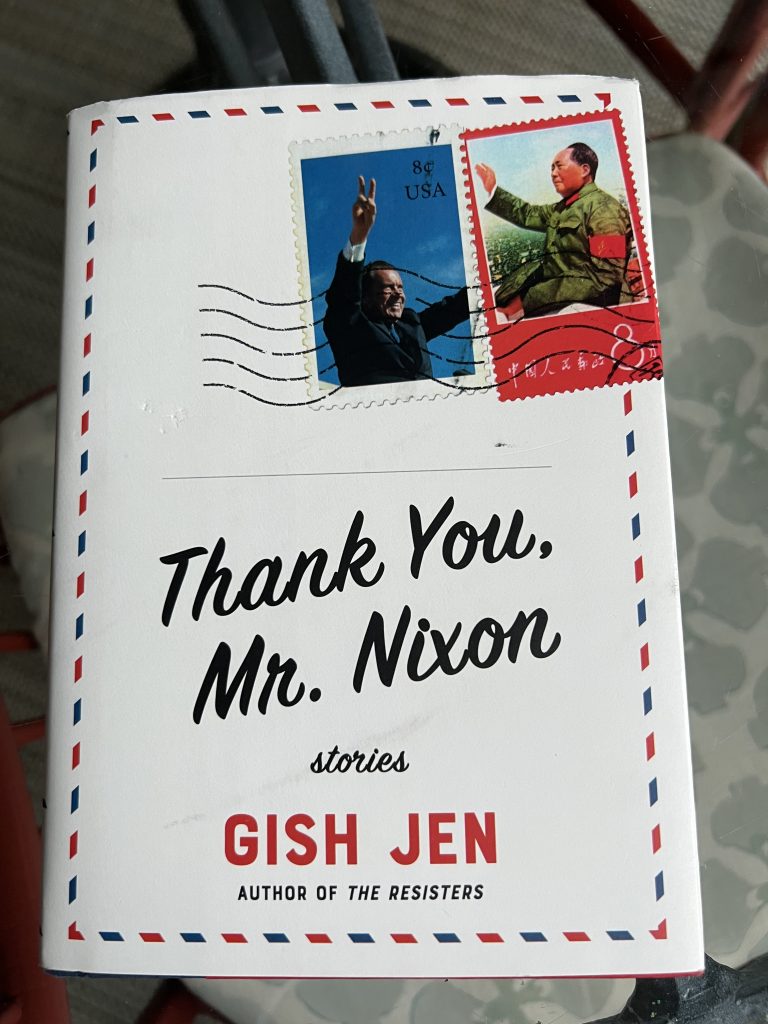 “Political and economic relations between China and the US are major news, but Jen takes it to the micro level in her vibrant short stories about character who are varying degrees of Chinese and American… Jen’s crisp prose, wonderful eye for detail, and wry humor make them a joy to read, and there is wisdom here, too.” 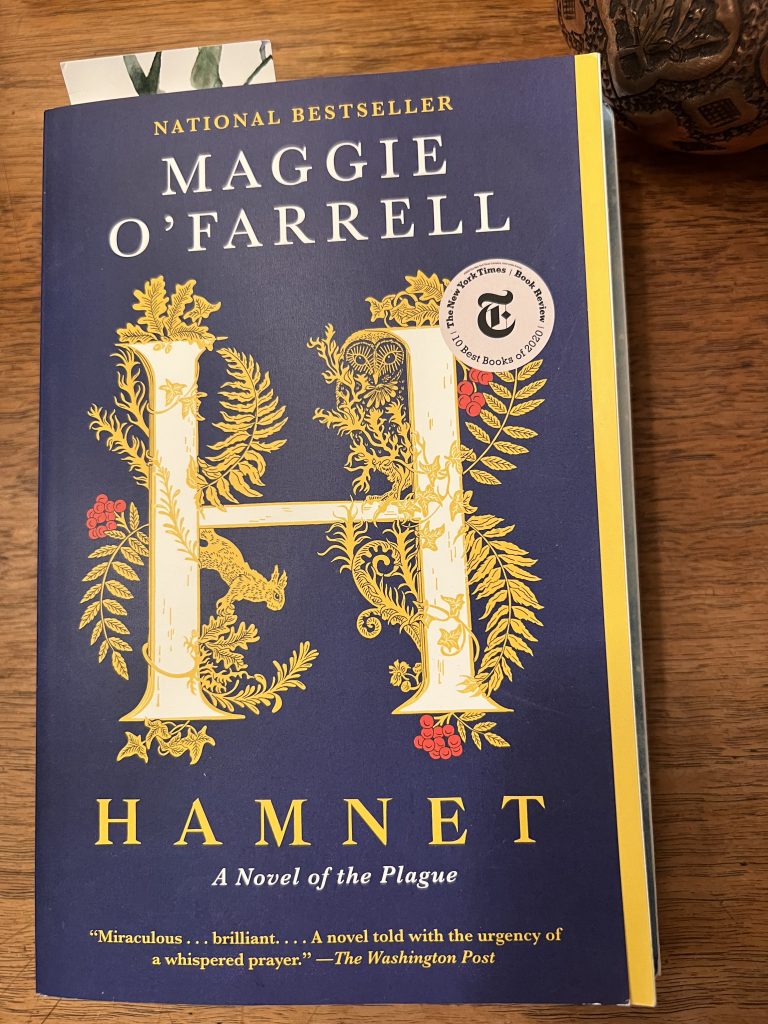 “At the center of the novel is a question: Why did Shakespeare title his most famous play for the son who had died several years earlier? (Hamlet and Hamnet are used interchangeably in parish records of the time. They were, essentially, the same name.)

The book builds toward an intriguing speculation, which I will not reveal here. As it unfolds, it brings its story to a tender and ultimately hopeful conclusion: that even the greatest grief, the most damaged marriage and most shattered heart might find some solace, some healing.”