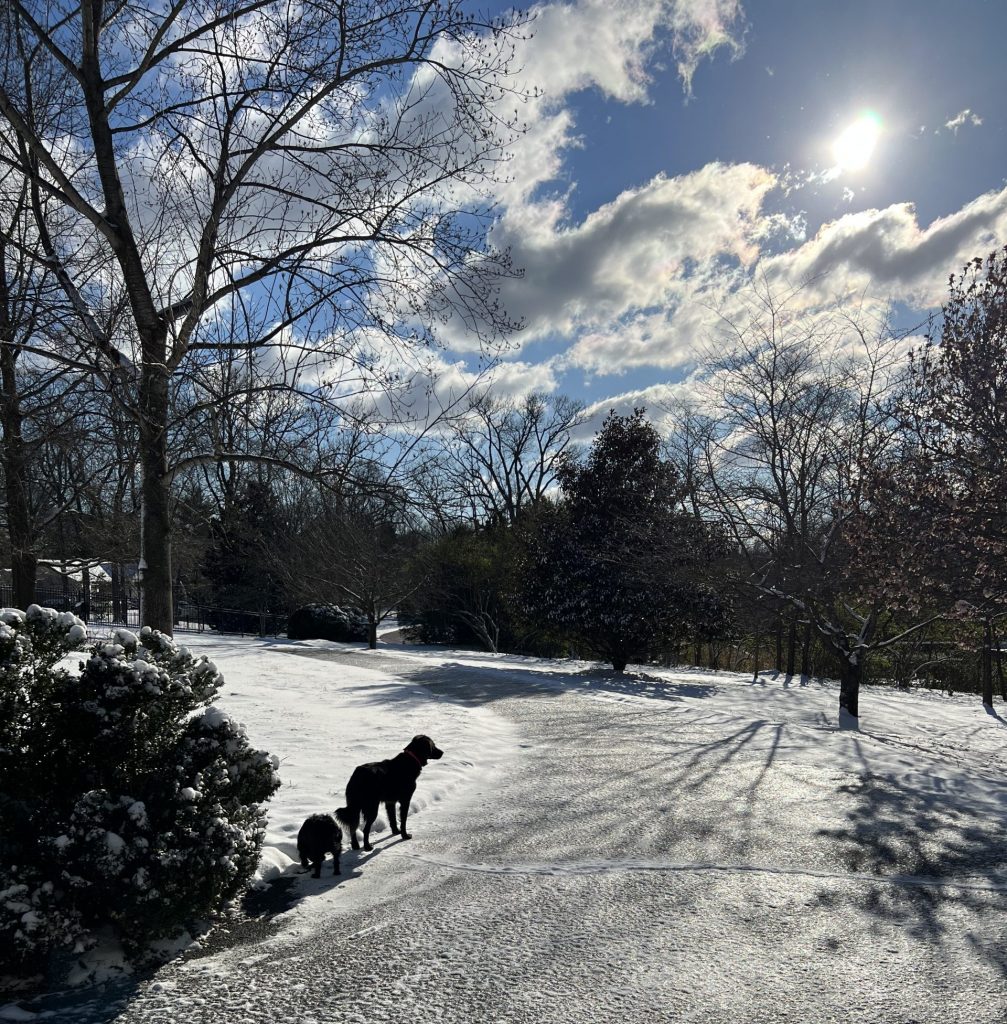 While winter’s last bloom graced flower and tree, the cardinals in my yard kept singing their song of Spring.

The coyotes kept to their usual path, shortly after dawn. 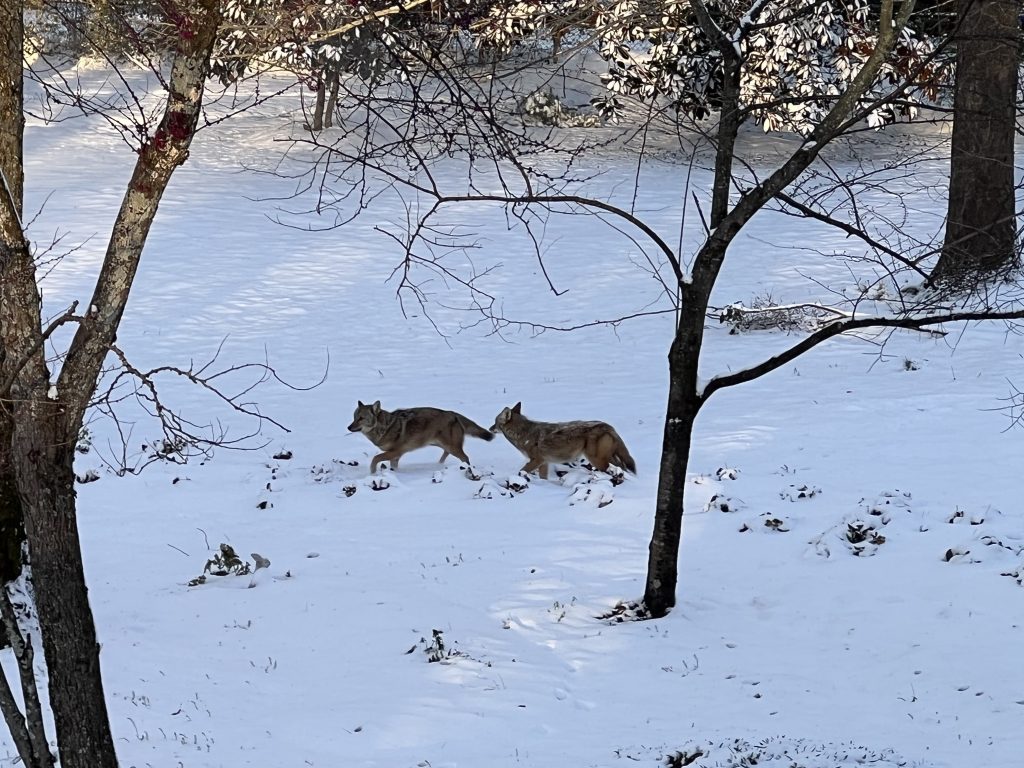 The doves found the seed I put out for all comers. 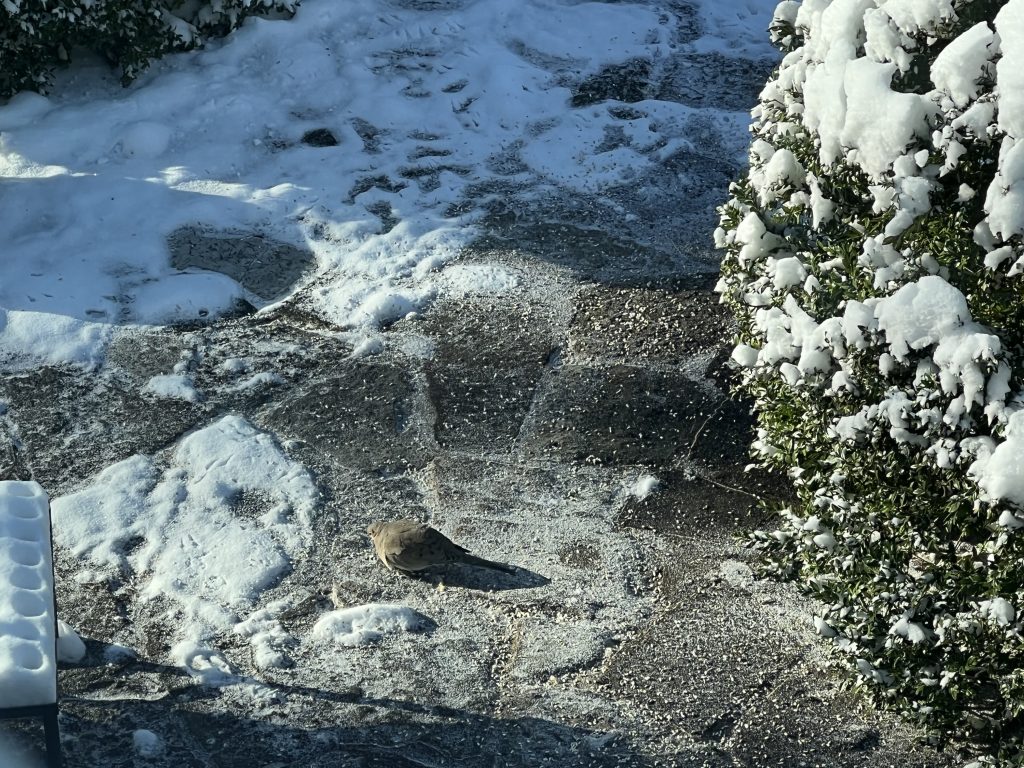 And I found this poem… 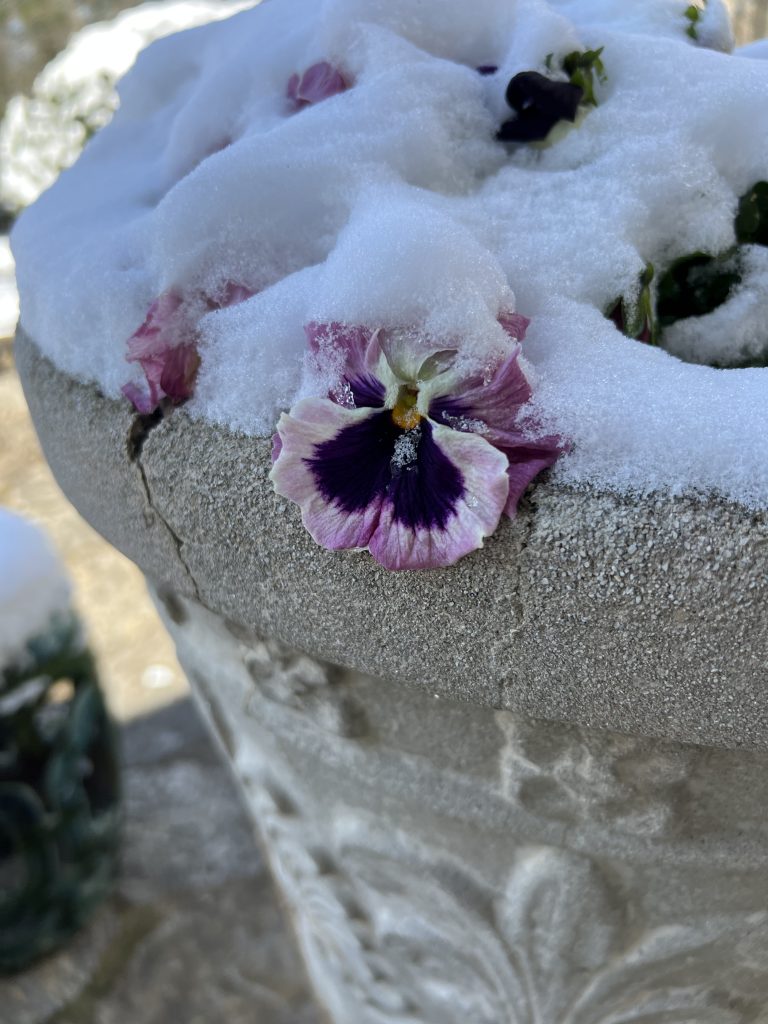 A kind of counter-
blossoming, diversionary,

of blood a little
too transparently in

love with doom, takes
issue with the season: Not

(the serviceberry bright
with explanation) not

(the redbud unspooling
its silks) I know I’ve read

the book but not (the lilac,
the larch) quite yet, I still

have one more card to
play. Behold

railing, the bench, the top
of the circular table like

a risen cake. The saplings
made (who little thought

what beauty weighs) to bow
before their elders.

The moment bears more
than the usual signs of its own

demise, but isn’t that
the bravery? Built

on nothing but the self-
same knots of air 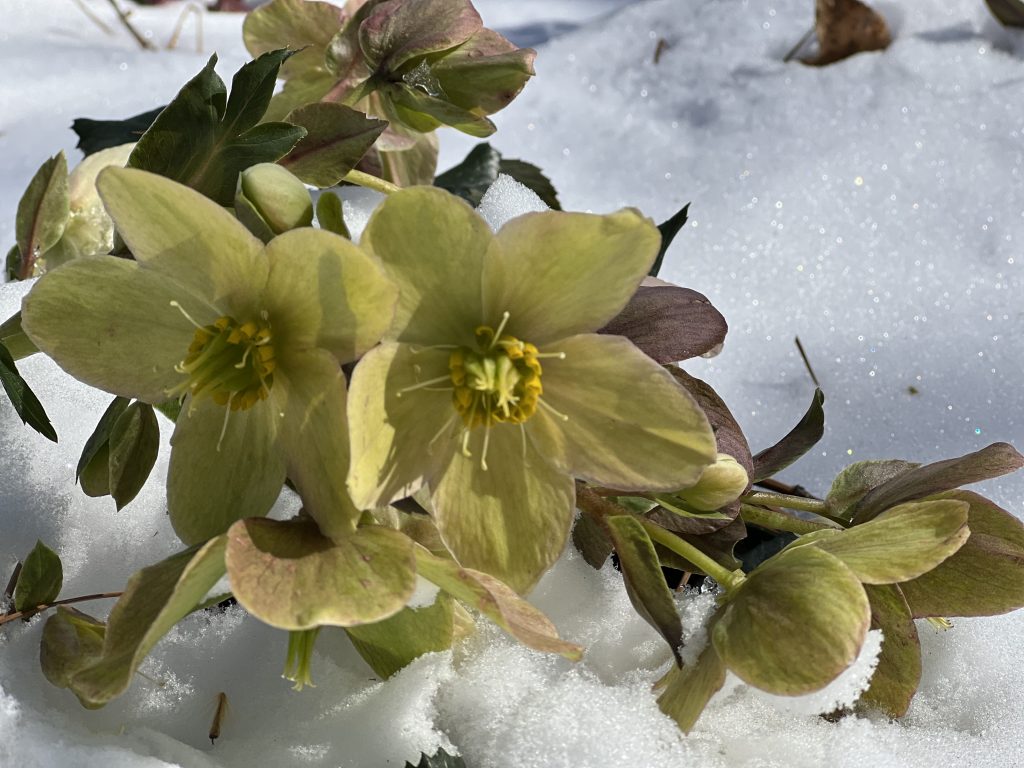 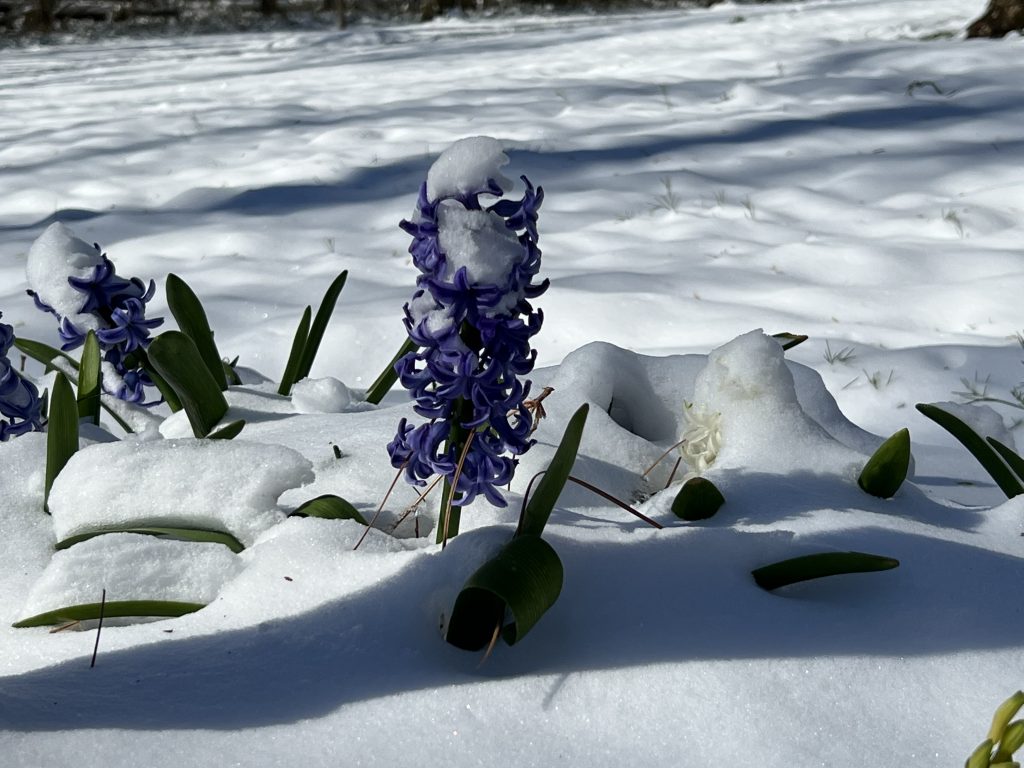 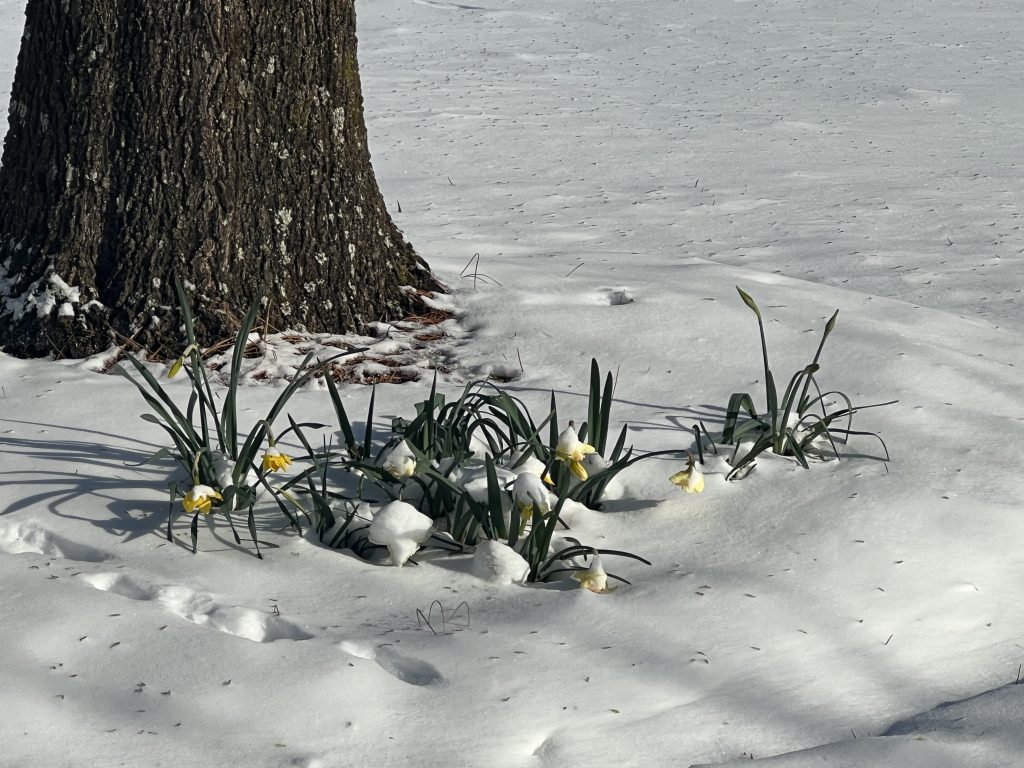 Linda Gregerson earned a BA from Oberlin College, an MA from Northwestern University, an MFA from the University of Iowa Writers’ Workshop, and a PhD from Stanford University. She is the author of several collections of poetry, including Prodigal: New and Selected Poems, 1976–2014, The Selvage (2012), Waterborne (2002), and The Woman Who Died in Her Sleep (1996). A Renaissance scholar, a classically trained actor, and a devotee of the sciences, Gregerson produces lyrical poems informed by her expansive reading that are inquisitive, unflinching, and tender. Tracing the connections she finds between science and poetry, Gregerson says, “I think there are rhythms of thought, fragile propositions about the intersections of human understanding and human habitus, robust intersections of the pragmatic and the sublime, that science shares with art, and I love the thought that poetry can learn from and do homage to its near cousins.” 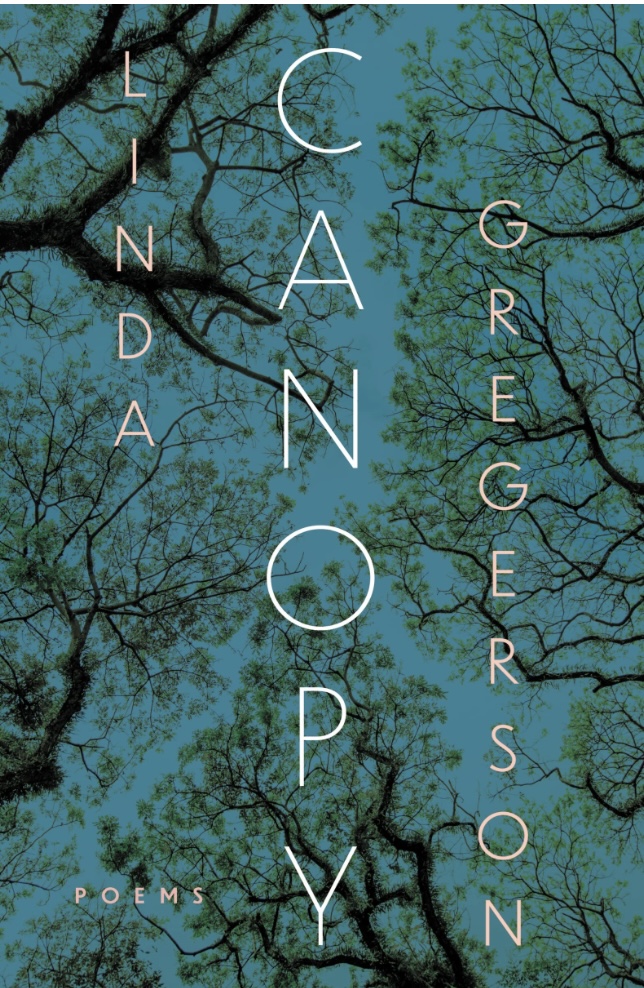