Swimming in rough seas, it can be hard to find the shore. 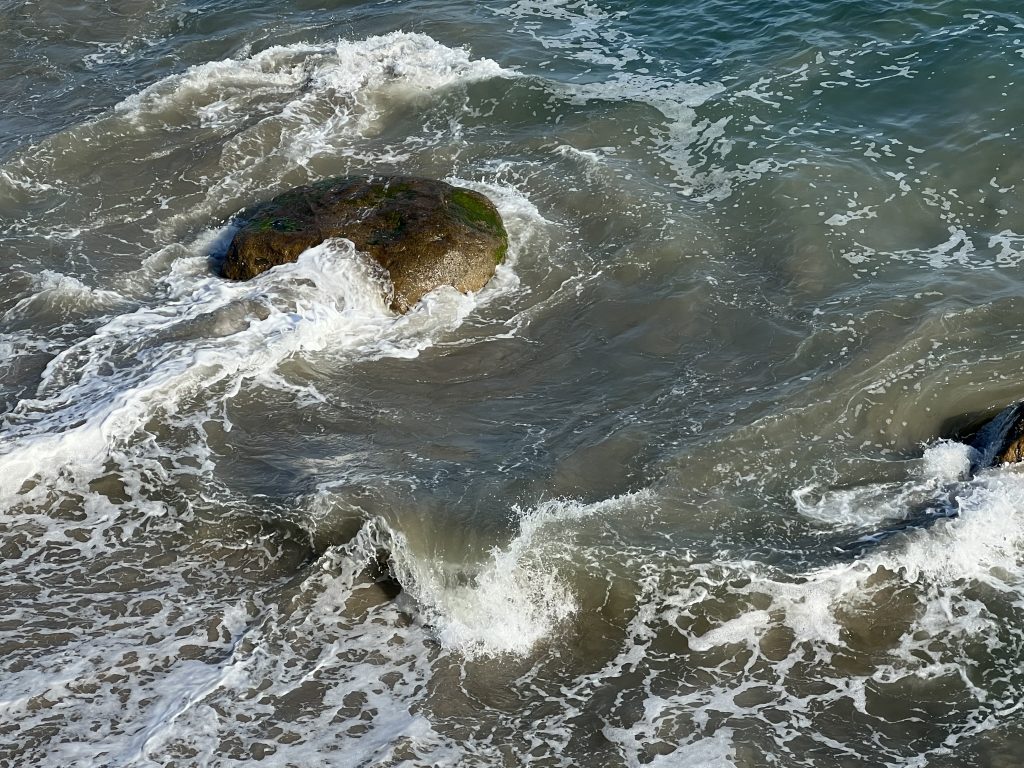 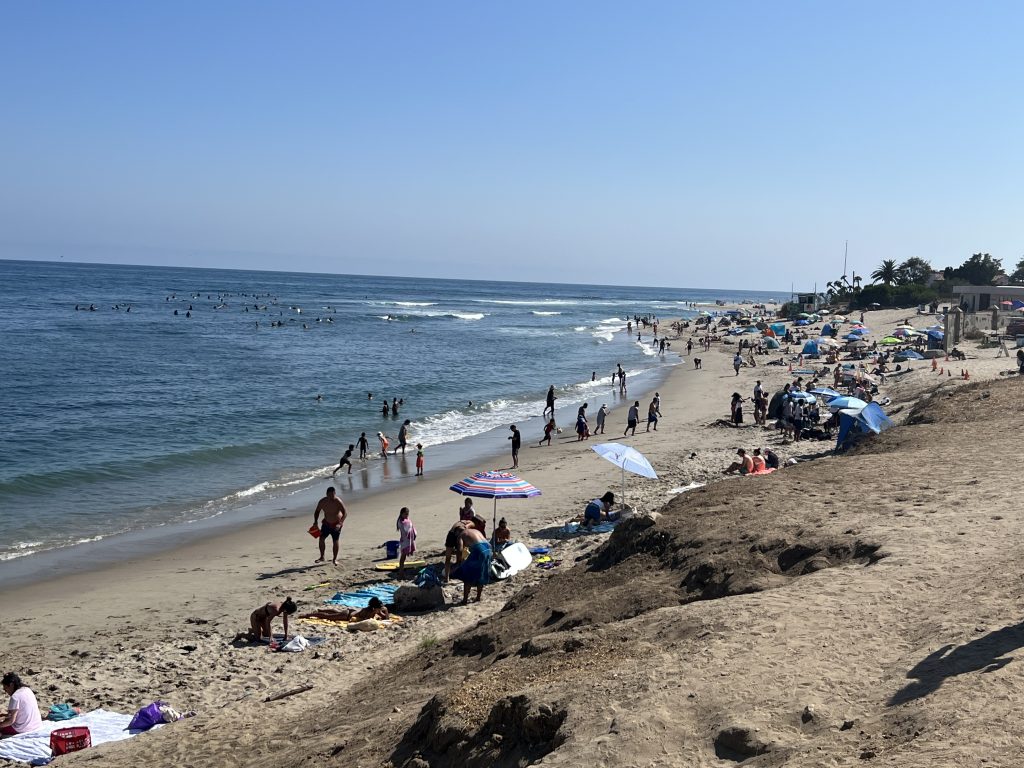 You’re back. You almost can’t believe it. 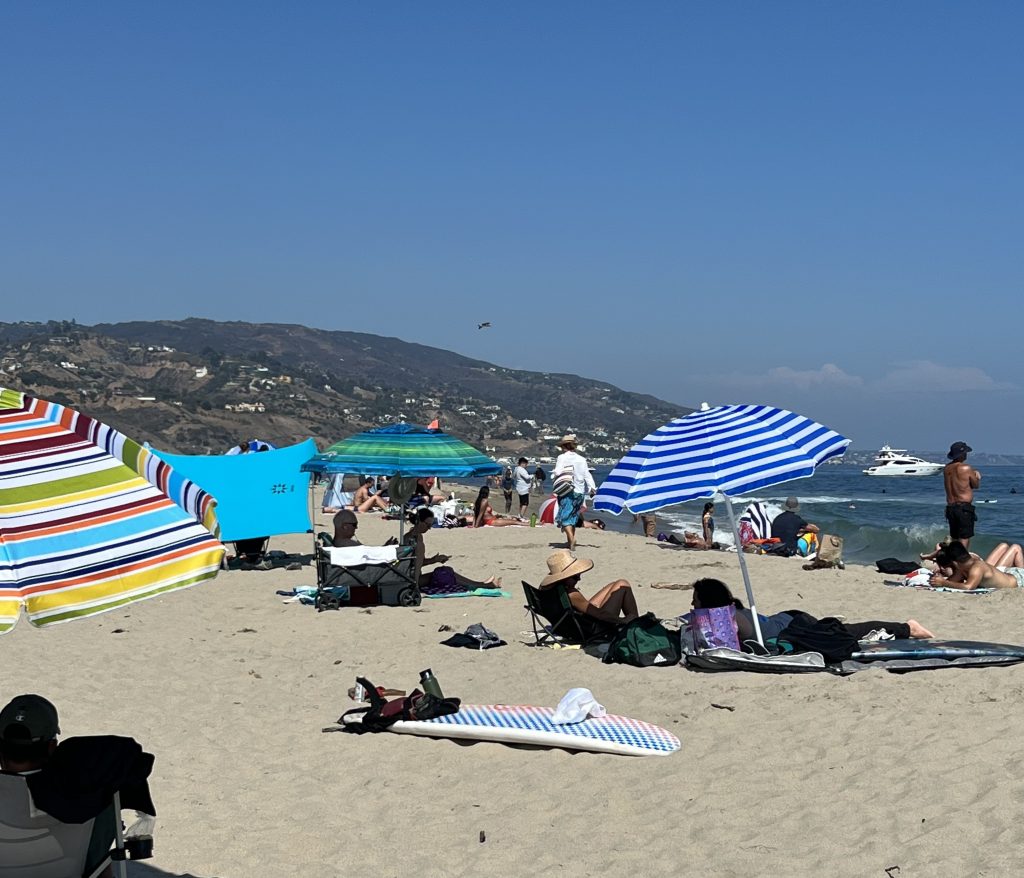 You walk on the beach and it’s all so glorious and such a relief.

Everything is beautiful, even the seaweed that’s washed up. 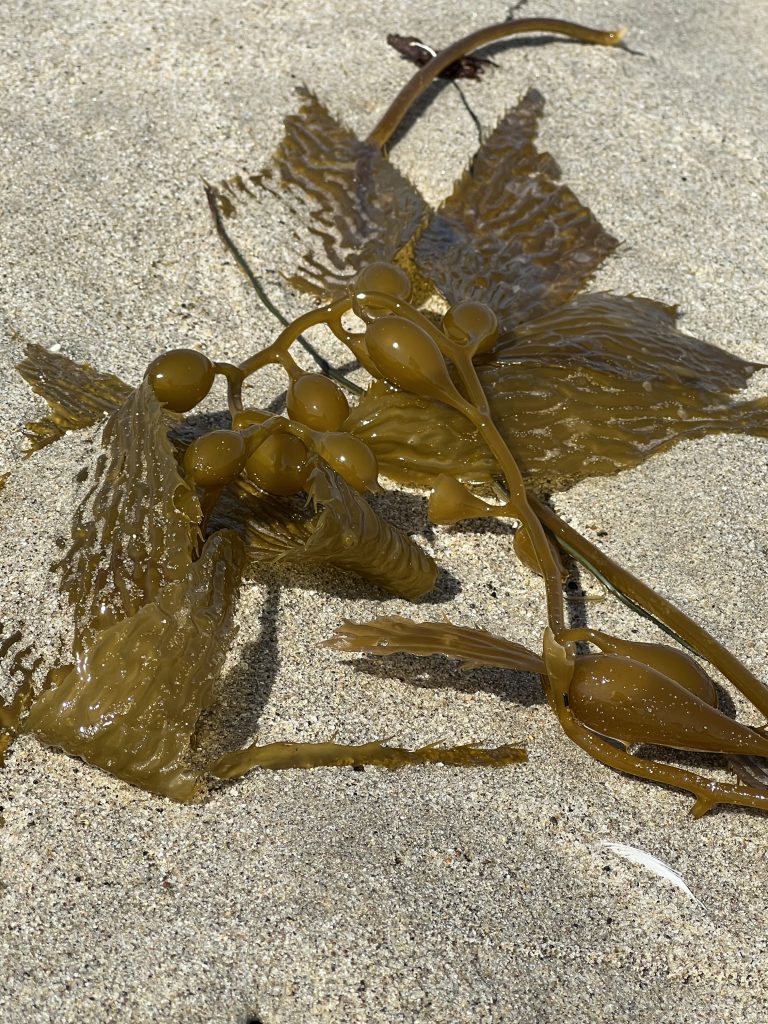 And then a sneaky thought sneaks its way in, according to its nature. 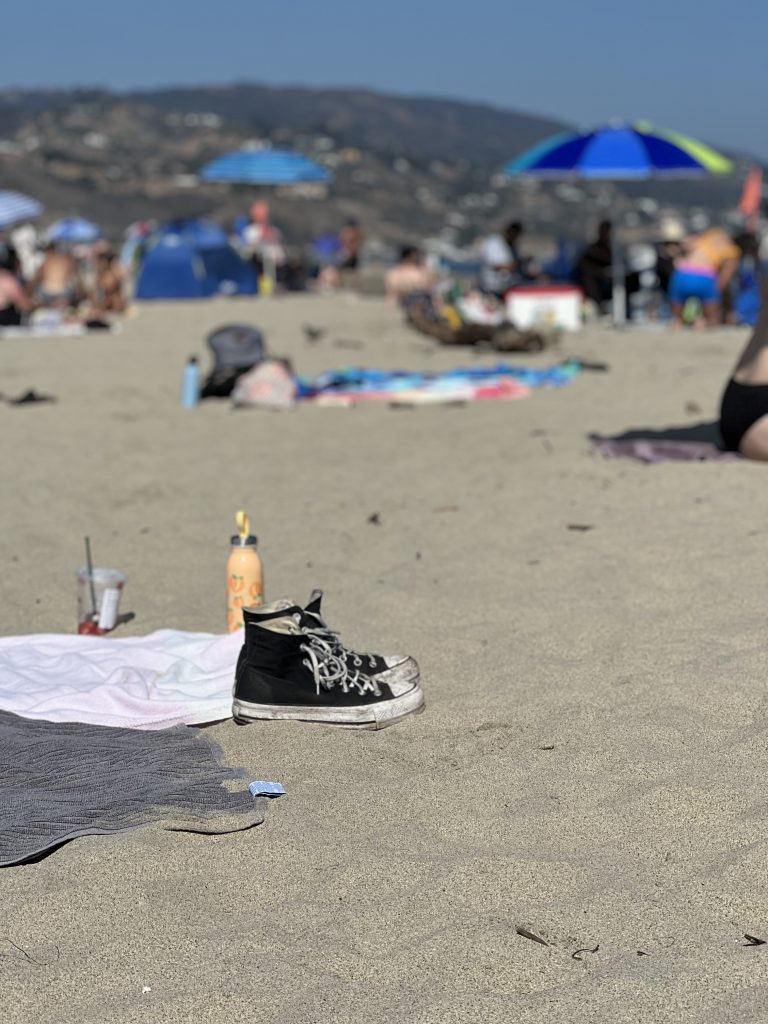 It holds the door open for another (with a mean laugh).

And walking on that shore you realize that you’re back to rough seas, in the salty ocean of your brain. 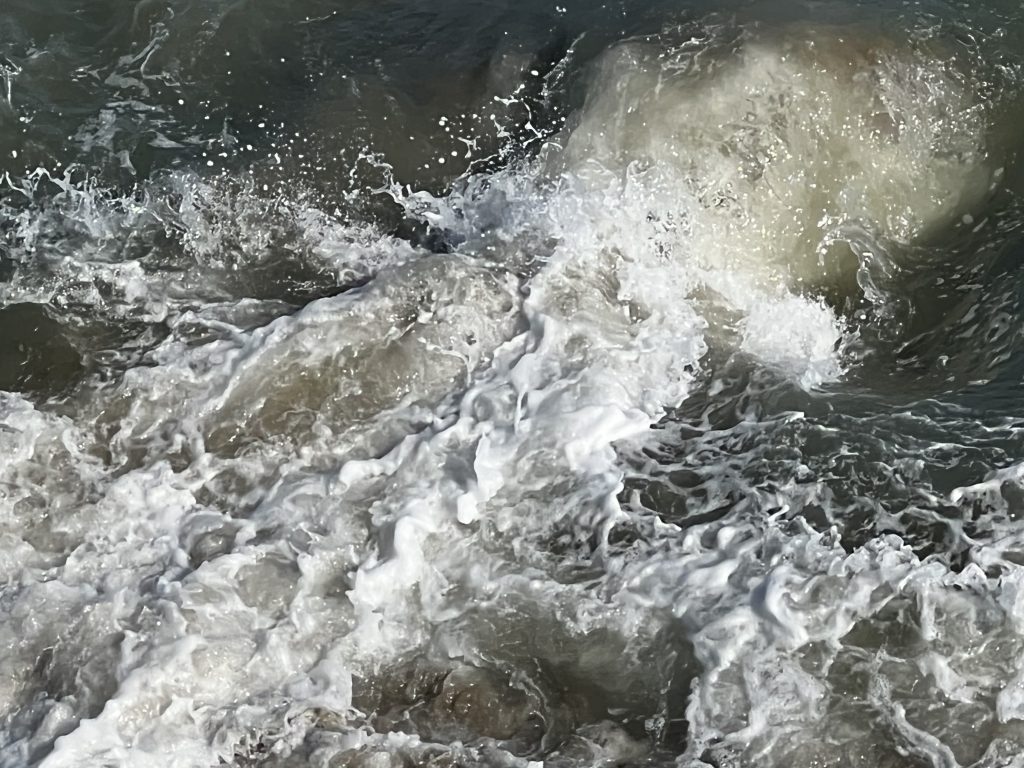 You try to think of where you might find some relief (since there’s no known cure for salty ocean brain.) 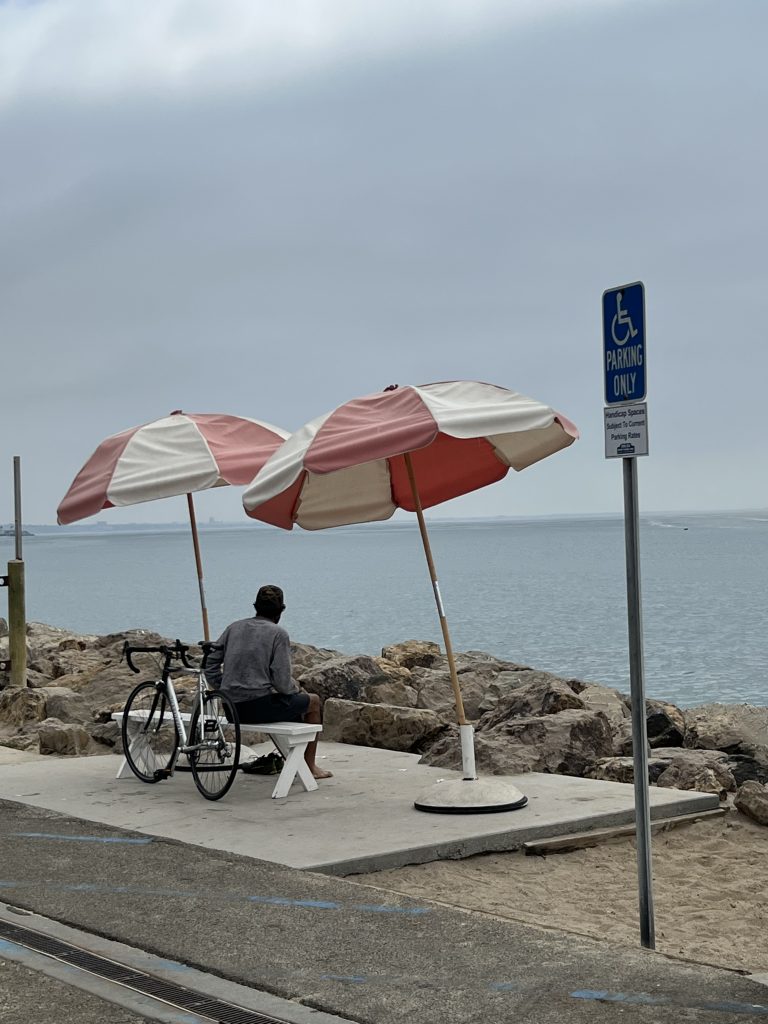 A voice of the newly dead whispers to you, and you listen… 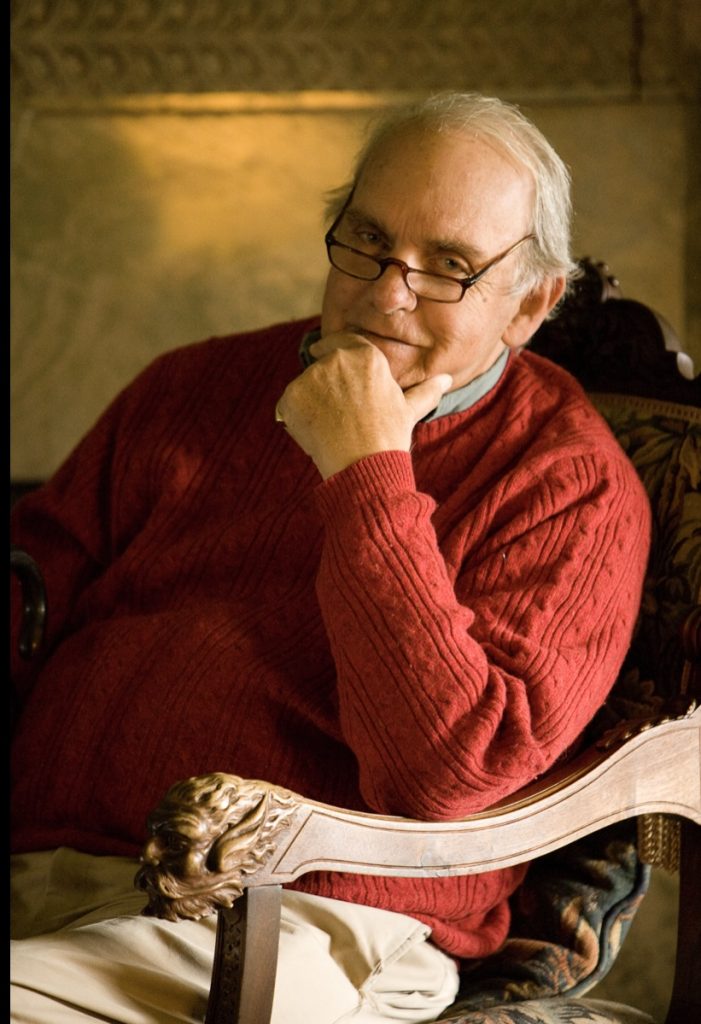 ”In a book called The Sacred Journey, I told the story of my life from its beginnings in the summer of 1926 to the point at which, some twenty-seven years later, I found myself about to enter Union Theological Seminary in New York for the by no means unwavering purpose of becoming a minister. I made no attempt in that book to tell the whole story. I left out lots of people who had been very important to me in favor of others who had never seemed especially important at all until I started thinking about them. I left out adventures I’d had. Except for occasional references, I left out pretty much the whole dimension of my life that had to do with matters like sex, money, travel, health, and, as it suddenly occurs to me now, movies, which I suspect have a great deal more to do with who we all of us are – especially those who, like me, grew up before television – than we commonly suppose. The technicolor extravaganzas and swashbuckling spectaculars of the late thirties, forties, fifties, the great World War II films, the comedies of Laurel and Hardy, W.C. Fields, the Marx Brothers – who can measure the profound effect that, for better or worse, they had upon us all while the bloom was still on them or how different confirmed movie-goers like me would have turned out, both as artists and as human beings, if we hadn’t grown up at the time of Les Enfants du Paradis, Rashomon, The Wizard of Oz, and Casablanca? But, be all that as it may, I focused instead on those past events which, although I hadn’t been aware of it at the time, I could more clearly see as having set the stage for, to have foreshadowed, my becoming a Christian and deciding to go to seminary mainly because I could think of any other move dramatic and official enough to commemorate such an unexpected turn of events in my life. In the pages that follow, what I set out to do is simply to bring the story up to date. There is nothing like talking about yourself to loosen your tongue.

There is something more than a little disconcerting about writing your autobiography. When people have occasionally asked me what I was working on, I have found it impossible to tell them without an inward blush. As if anybody cares or should care. As if I myself should even care that much. Like showing my baby pictures to strangers. And there is something a little geriatric about it, too – an old codger putting his affairs in order as the end approaches, marking his prized possessions so his heirs won’t squabble over them later, writing names on the backs of old photographs so someday somebody will be able to tell who the people were. If anybody should ever be interested.

But I do it anyway. I do it because it seems to me that no matter who you are, and no matter how eloquent or otherwise, if you tell your own story with sufficient candor and concreteness, it will be an interesting story and in some sense a universal story. I do it also in the hope of encouraging others to do the same – at least to look back over their own lives, as I have looked back over mine, for certain themes and patterns and signals that are so easy to miss when you’re caught up in the process of living them. If God speaks to us at all other than through such official channels as the Bible and the church, then I think that he speaks to us largely through what happens to us, so what I have done both in this book and in its predecessor is to listen back over what has happened to me – as I hope my readers may be moved to listen back over what has happened to them – for the sound, above all else, of his voice.

Because the word that God speaks to us is always an incarnate word – a word spelled out to us not alphabetically, in syllables, but enigmatically, in events, even in the books we read and the movies we see – the chances are we will never get it just right. We are so used to hearing what we want to hear that it is hard to break the habit. But if we keep our hearts and minds open as well as our ears, if we listen with patience and hope, if we remember at all deeply and honestly, then I think we come to recognize, beyond all doubt, that, however faintly we may hear him, he is indeed speaking to us, and that, however little we may understand of it, his word to each of us is both recoverable and precious beyond telling. In that sense autobiography becomes a way of praying, and a book like this, if it matters at all, matters mostly as a call to prayer.” 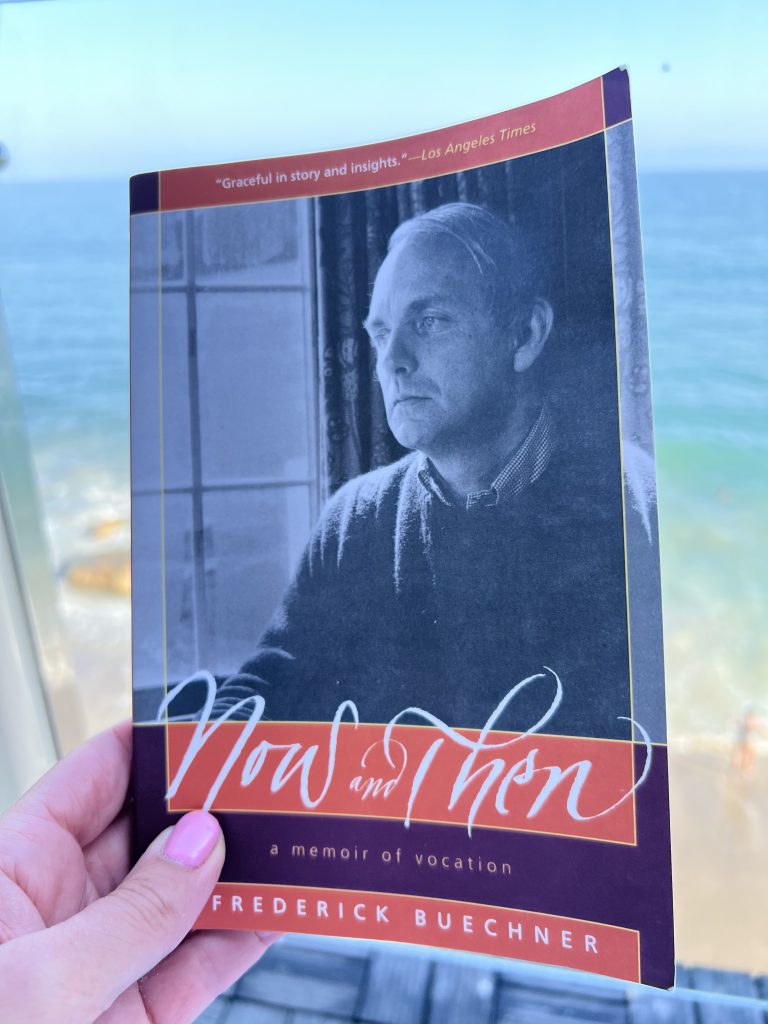 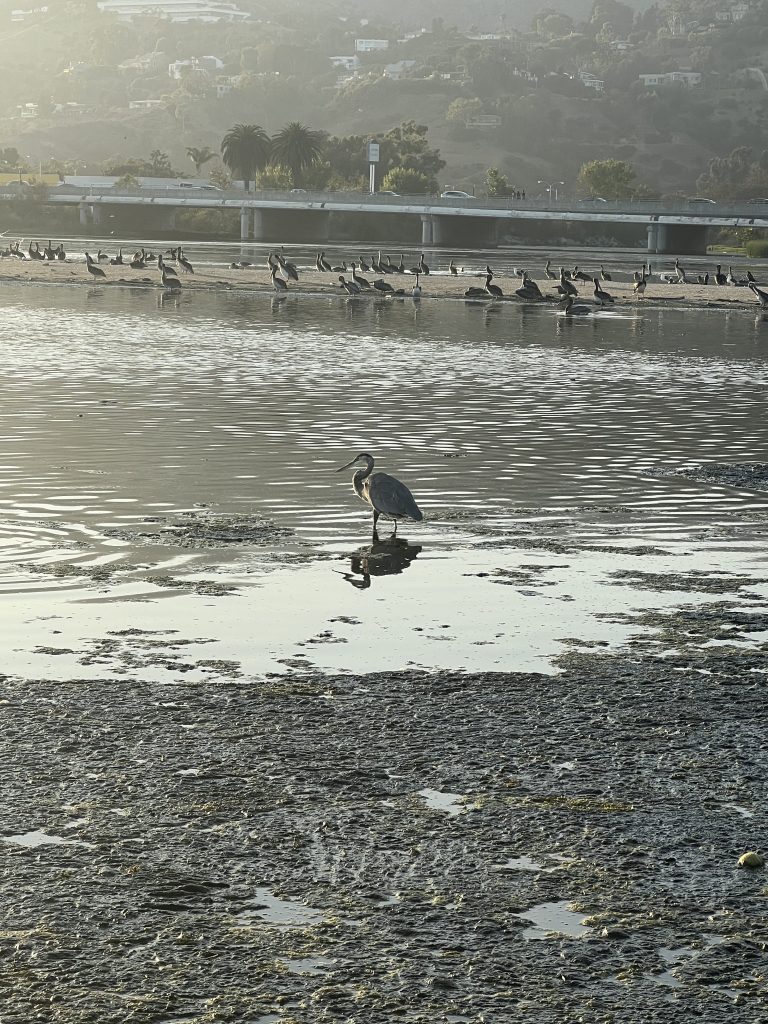 Photos from a beach I’m visiting for the first time… 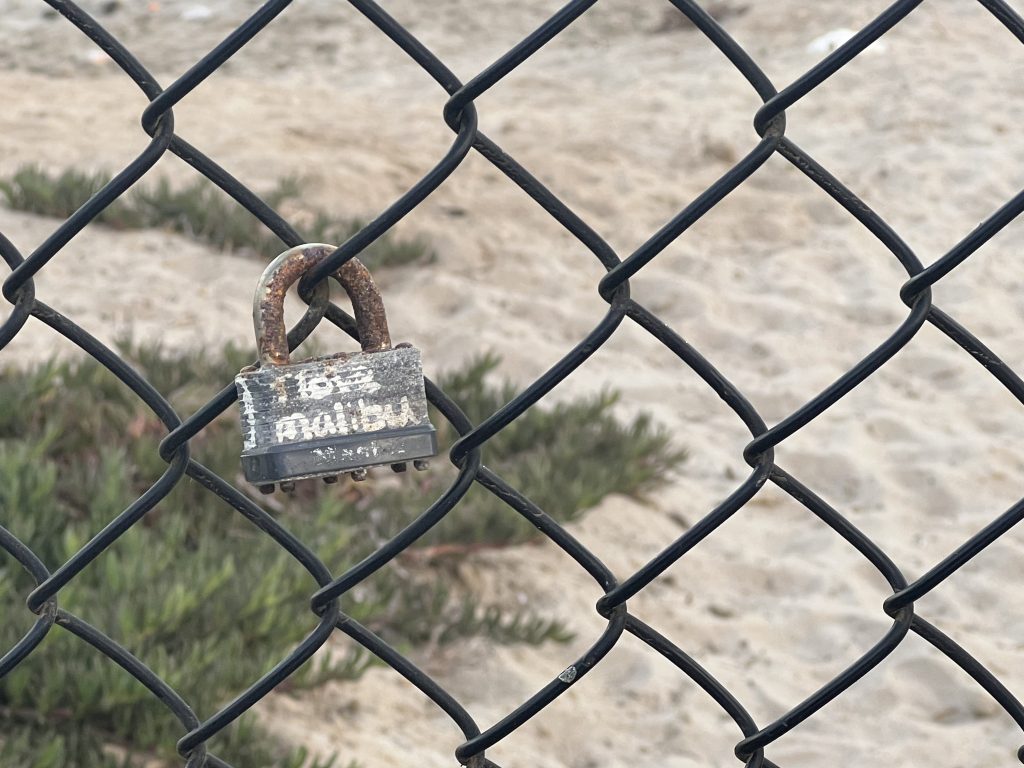