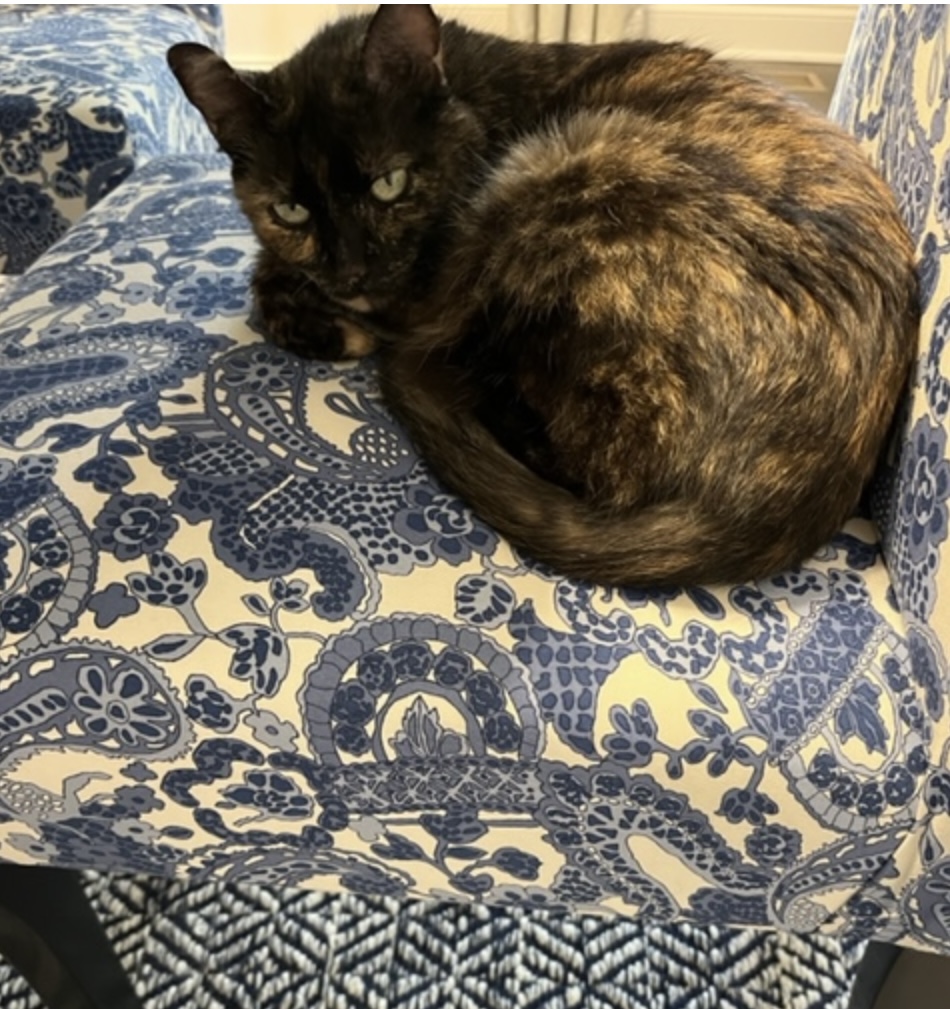 It’s hard when you do the right thing and end up in the wrong place.

My friend Mary Raymond stops in at Bacon today with a funny and heartfelt essay on how she got herself into a tricky situation, and how we might help… 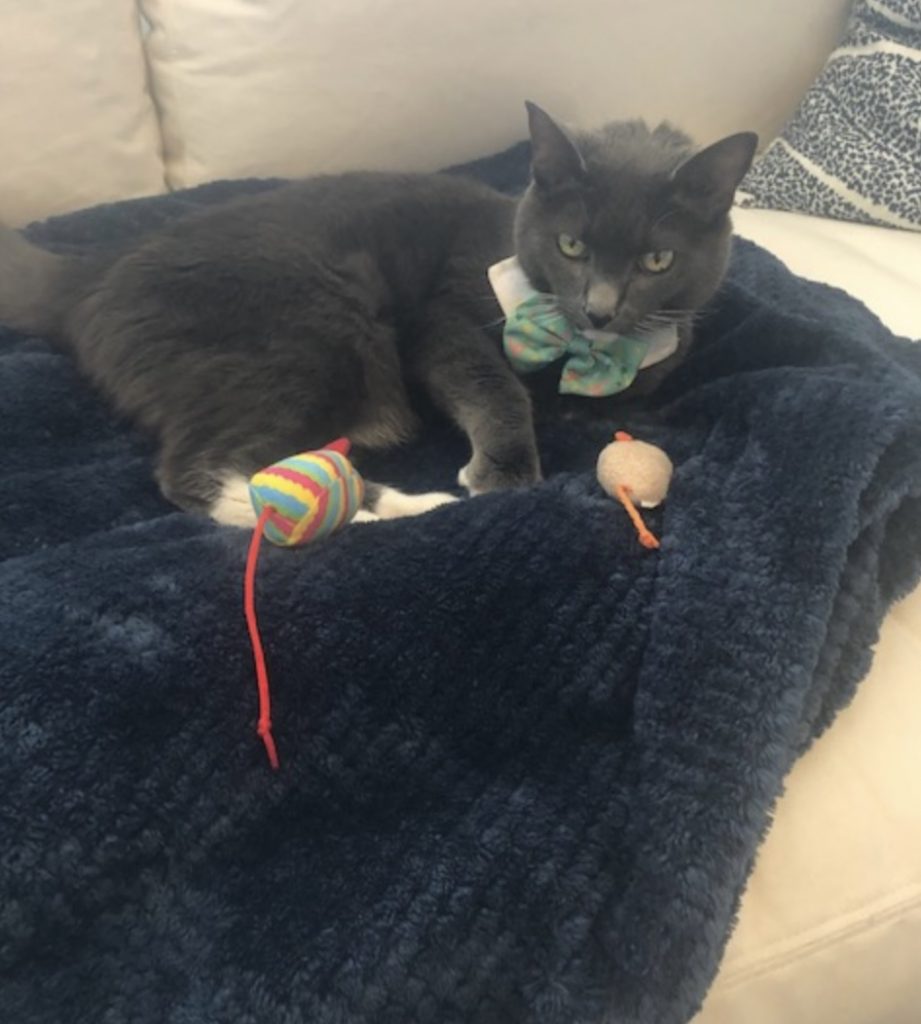 At this point, I blame the zucchini. It was the Saturday after the 4th of July, closing in on 1,000 degrees, when my neighbor texted to ask if I would like any of the extra zucchini her friend had shared with her. I was on my way to visit my parents, and although I wasn’t sure if they even liked zucchini, I had been indoctrinated since birth in this chief of our family’s Core Tenets: Raymonds do not turn down free food.

I walked next door and was greeted by a pile of zucchini and a lovely tortoiseshell cat who promptly twined herself around my ankles. I knew my neighbor had a cat, but I had never met her because she was more of an indoor girl. Concerned she might have gotten outside by mistake, I knocked on my neighbor’s door. My neighbor explained that her toddler had developed a terrible allergy to the cat, breaking out in hives and struggling with asthma attacks. Coco, a beautiful, front-declawed, 13-year-old joy of a cat, had been living outside for the past couple of months. My neighbor saw me holding Coco like a treasure and asked if I would take her.

Which brings us to another of my Core Tenets: I will not ask Mavis to have a sibling no matter how adorable and charming the auditioning feline might be. Cats are solitary, territorial creatures. Although some cat introductions go smoothly, Mavis has given off a distinct “only child” vibe for all of the 17 years I have known her. This includes the 10 ½ years in which we shared our lives with her dearly departed littermate Max, a.k.a. Mr. Professor.

I told my neighbor I did not think I could take Coco, but I bet you can guess where this is headed. Coco lounged on my front porch the next day, greeting me warmly with her bright green eyes: I would be delighted to move in with you, she said. I have an excellent attorney on retainer who can draw up the adoption papers forthwith! I did not know it at the time, but I had already started to fall in love with Coco.

I spoke with my vet who suggested I give Coco a trial run to see how both cats adjusted. She insisted I first bring her in to confirm a clean bill of health. Coco sailed through her vet visit and moved into my extra bedroom/den. For the first 24 hours she slept hiding under the reclining loveseat. I was surprised that the extroverted cat I met outdoors had turned so sleepy and skittish indoors. I had forgotten how hard it can be for cats to adapt to new surroundings, and I had underestimated how traumatic it must have been for her to be left outside away from her family.

It felt like a victory when Coco moved out onto the rug on day 2 and then up onto the loveseat itself on day 3. She seemed to enjoy affection but also occasionally hissed and nipped when I pet her. I learned that she was exhibiting petting aggression and that this would likely settle down once Coco felt more comfortable in her new surroundings. I began practicing Consent with Coco™, telling her that I was going to pet her and where, pausing to see if she was OK, and alerting her before making any shift in my position. Within a few days the petting aggression disappeared, and she eagerly hopped into my lap for purring/snuggles during our visits. By the end of the first week Coco let me know she was ready to go exploring outside her room.

Over the course of two months Mavis and Coco interacted in fits and starts: sometimes ignoring each other, often hissing, and eventually shadowboxing while yowling as though being impaled with hot pokers. Over time, Coco seemed to want to engage Mavis more often. The fact that this never went well for her did not deter Coco in the slightest. I began to worry that as Coco felt more adjusted in our home, Mavis seemed to become decidedly less self-assured. She peered around corners and checked under beds like a child looking for monsters in the closet.

As I tried to make peace between the girls, I connected with other people who have fostered cats to make sure I was doing all I could to ensure a positive introduction. We tried listening to a special Music for Cats playlist. This got us no closer to achieving armistice, but I kind of enjoyed it. We tried an (allegedly) calming cat pheromone mist that made Mavis vomit. We were all trying our best, but these golden girls were clearly not ready to share a Miami condo any time soon.

Eventually I was referred to a cat behaviorist named Angela who communicated with me through Instagram. At this point, this seemed to be the least insane development in the story. Angela theorized that part of the problem was that Mavis viewed Coco as a threat and had no idea that she was a cat. What does Mavis think she is? I asked. Angela wasn’t sure, but Mavis helpfully shared her own theories: a deranged dingo! a rabid raccoon! a very vicious velociraptor! Peak cat parenting is when your cat doesn’t know that another cat is a cat but is aces at alliteration.

I learned that cats only respond to praise (#same!!!), and that when Coco ran up to Mavis, I should repeat Mavis’s name calmly and ask if she is OK. I was then instructed to begin praising Coco by name as soon as she shifted her attention away from Mavis and retreated. I began saying, Good girl, Coco! and Mavis, Mavis, are you OK? so often that I grew concerned I would accidentally slip both catchphrases into a conversation with a colleague and then immediately have to find a new place of employment.

Things seemed to get better. Then worse. Coco wants to play with Mavis, but her approach is a little sideways. Coco tries to send “good-time girl” vibes, but Mavis only sees “overzealous ocelot”. Mavis continues to make her world smaller because of the constant stress. I keep them separated as best I can, but that creates unpleasant restrictions for them both.

Coco has the prettiest green eyes, the most playful spirit, and – when she is sleeping – the most adorable little snores. I love her. But I cannot keep her.

Can one of you help us? Would you enjoy having a 13-year-old, front-declawed, spayed, charmer of a cat? She is up to date on all injections as of July 15 and has been receiving monthly flea treatment as a preventative despite no evidence of fleas. Although she has lived her whole life indoors until recently, I’ve learned that she really enjoys being outside in my fenced yard. She has lived peaceably with children and other cats (just not Mavis). Thank you so much for helping Coco find her forever home! 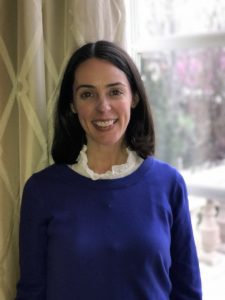 And just for fun…

The Naming of Cats

The Naming of Cats is a difficult matter,
It isn’t just one of your holiday games;
You may think at first I’m as mad as a hatter
When I tell you, a cat must have THREE DIFFERENT NAMES.
First of all, there’s the name that the family use daily,
Such as Peter, Augustus, Alonzo, or James,
Such as Victor or Jonathan, George or Bill Bailey—
All of them sensible everyday names.
There are fancier names if you think they sound sweeter,
Some for the gentlemen, some for the dames:
Such as Plato, Admetus, Electra, Demeter—
But all of them sensible everyday names,
But I tell you, a cat needs a name that’s particular,
A name that’s peculiar, and more dignified,
Else how can he keep up his tail perpendicular,
Or spread out his whiskers, or cherish his pride?
Of names of this kind, I can give you a quorum,
Such as Munkustrap, Quaxo, or Coricopat,
Such as Bombalurina, or else Jellylorum—
Names that never belong to more than one cat.
But above and beyond there’s still one name left over,
And that is the name that you never will guess;
The name that no human research can discover—
But THE CAT HIMSELF KNOWS, and will never confess.
When you notice a cat in profound meditation,
The reason, I tell you, is always the same:
His mind is engaged in a rapt contemplation
Of the thought, of the thought, of the thought of his name:
His ineffable effable
Effanineffable
Deep and inscrutable singular name. 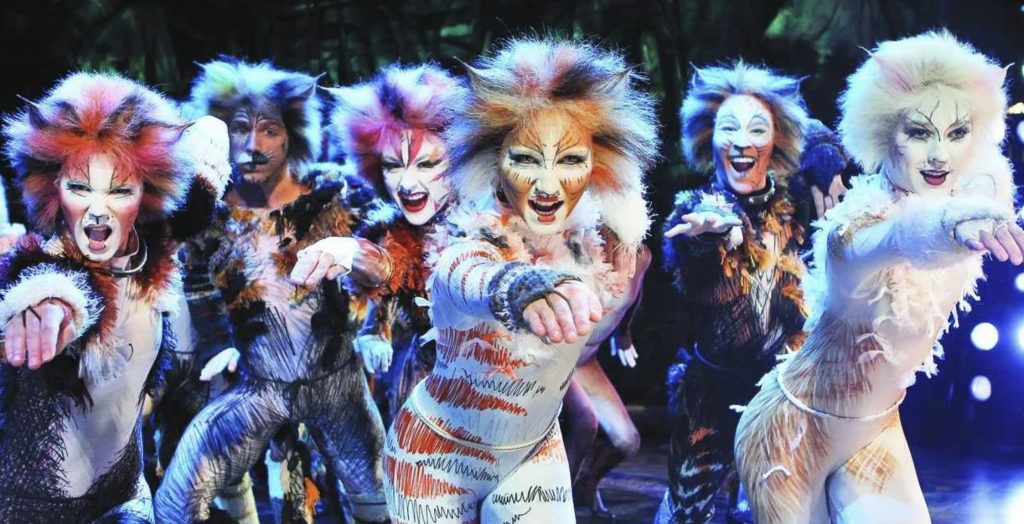