I miss Hilary Mantel already. And I think: it is already later than we think. 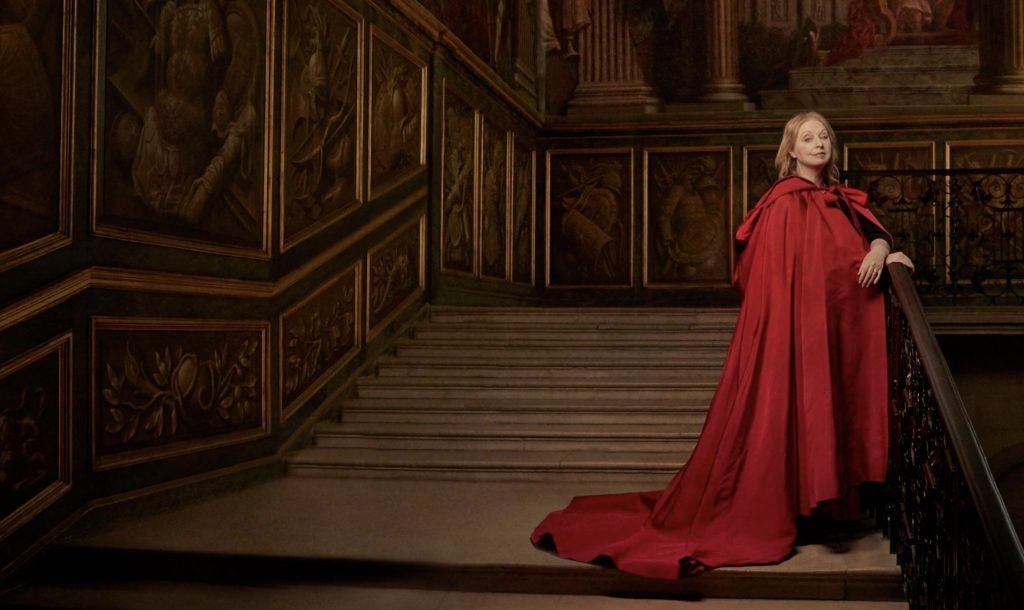 From Maggie O’Farrell (“Hamnet”), in The Guardian:

We have lost another monarch this week. Mantel was queen of literature, and her reign was, like Elizabeth II’s, long, varied and uncontested. She leaves behind a huge, unfillable vacuum, a deep sense of loss for the reading public, and a toweringly significant body of work.

As a writer, Mantel was fierce, fabulous and fearless. In her books, she took risks, she pushed back the boundaries of narrative, she grabbed hold of novelistic rules and shook them by the neck until they obeyed her. Everything she wrote, whether it was memoir, journalism, contemporary novels or weighty historical trilogies, showed the labour involved in her work – and also her love of that labour. I challenge anyone to find a word or even a comma out of place; there isn’t an ounce of fat on the bones of her work, even the books that cover 900-odd pages. It’s clear from her prose that she was profoundly committed to her craft, to editing and re-editing and redrafting it into perfection. Her voice on the page is unmistakable; it’s possible to deduce within a paragraph whether or not it was written by her. That perspicuity, those elegant sub-clauses, that precision, the psychological acuity, her logophilic daring.

As a person, she was unfailingly generous, making time to support and champion the work of other writers. She always held the ladder for those coming up behind her, which is not always the case with someone of Mantel’s stature. She loved her own work; she loved the work of others and she wanted to share it all with the world.” 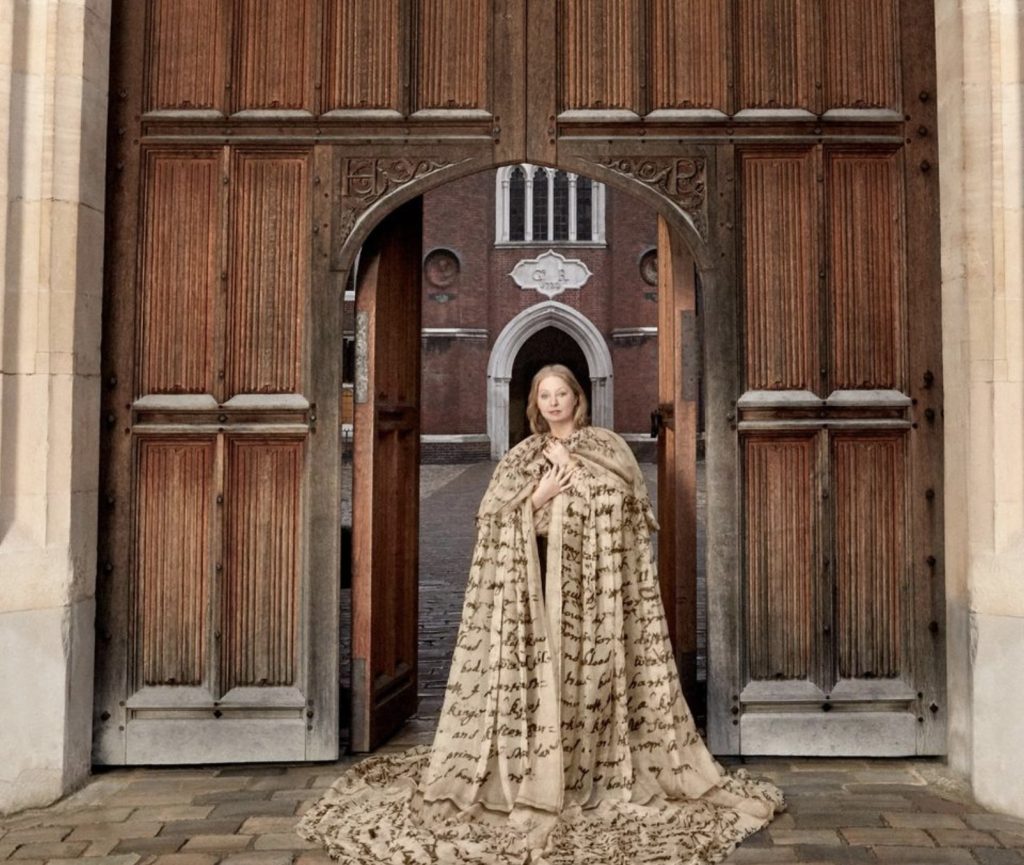 From Boyd Tonkin, the former literary editor of The Independent, writing in the Wall Street Journal Weekend Edition of October 2/3…

Mantel, the English novelist who has died at age 70 after a stroke, gripped and moved millions of readers with historical fiction… Her three magnificent novels about the life and times of Thomas Cromwell – Henry VIII’s fixer-in-chief, who oversaw England’s rupture with the Church of Rome – stripped the robes of cliche and hindsight from one of history’s pasteboard ogres. Two of these global bestsellers won the Booker Prize; the books soon spawned high-quality adaptations for stage and television.

Tough-minded, cobweb-free, Mante’s Tudor tales helped refresh a dusty genre. Written with pace and zest, the Cromwell trilogy – “Wolf Hall” (2009), “Bring Up the Bodies” (2012), “The Mirror and the Light” (2020) – raced forward in a crisp, urgent, present-tense voice. Mantel dodged both archaism and anachronism in a language purged of period folderol yet rooted in the diction and ideas of the time: “What I’m trying to do is get my reader to walk forward with them,” she said of her characters. “They didn’t know the end of their story. They couldn’t draw the moral.”

That invigorating style rested on scrupulous devotion to the art of fiction as an enrichment of the historical record, not an escape from it. The evidence – intensively studied- supplied her skeleton. Her fiction added blood, breath – and soul. She brought the dead to life: an almost-Gothic sense of their nearness suffuses much of her work. “My concern as a writer is with memory, personal and collective: with the restless dead asserting their claims,” Mantel explained in her BBC Reith Lectures. The novelist’s calling meant not “entertaining lies” but the pursuit of hidden truths: “I start to practice my trade at the point where the satisfactions of the official story break down.”

Mantel’s Cromwell, the brutalized blacksmith’s son who rises to steer England’s destiny, is an outsider wary of the masquerades of state. His creator likewise approached power from a distance, with a lifelong skeptic’s bristling antennae. She was raised in the mill towns of northern England by Catholic parents (English-born, though of Irish stock). Her mother went to work at the mill at age 14 and later left her marriage to live with a man named Mantel. Hilary took his surname. She recalled that “childhood was a sort of gulag for me; I was cut off, adrift.”

After a law degree and a formative stint as a geriatric social worker, Mantel spent a decade out of England – first in Botswana, then Saudi Arabia – with her geologist husband, Gerald McEwan. [Note: Mantel married McEwan in 1972. Divorced in 1981, they remarried in 1982.] 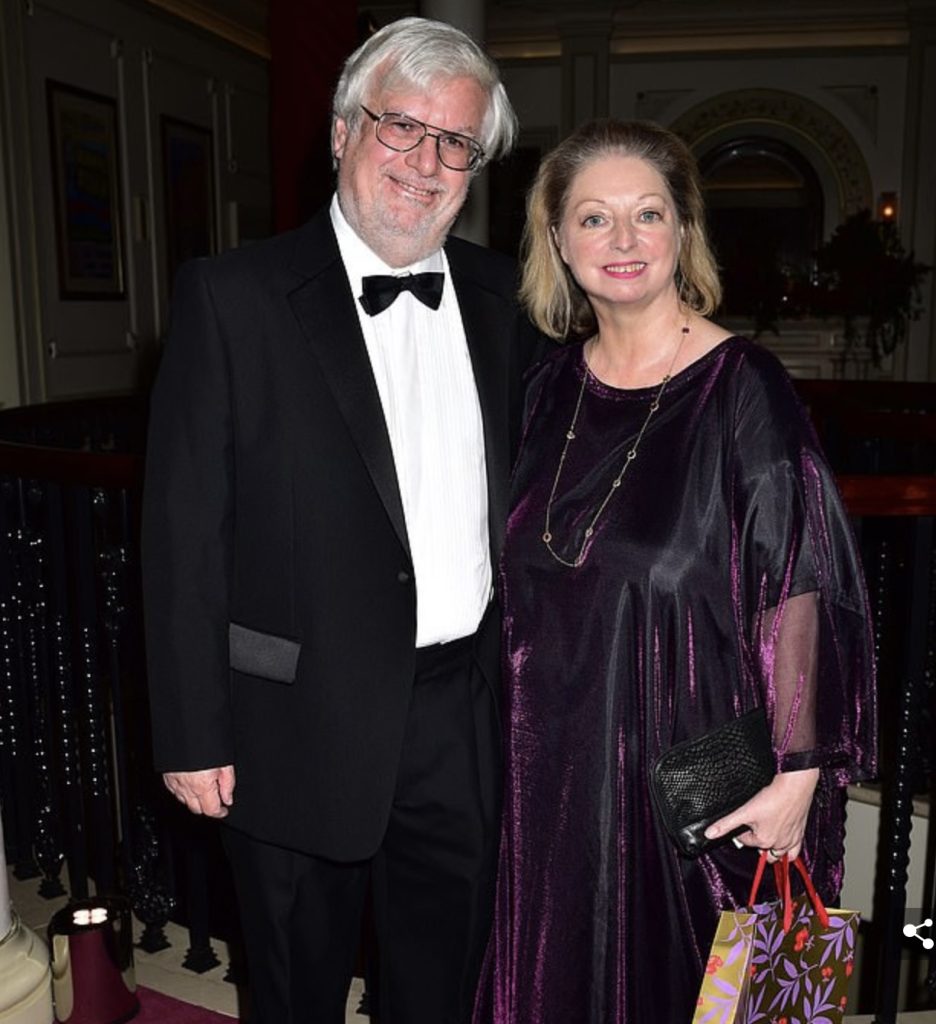 During her expat years she toiled on the ideas-rich French Revolution epic finally published in 1992 as “A Place of Greater Safety.” It revealed her uncanny necromancer’s art of communing with the dead. Other novels – sharp, fierce, funny – anatomized the present: working-class Catholic anguish in “Fludd” (1989); modern Britain’s haunted post-industrial townscapes, and mindscapes, in “Beyond Black” (2005). In “The Giant, O’Brien” (1998), her tragicomic fiction of an Irish freak-show celebrity in Georgian England, motifs of bodily and cultural alienation converged….

The three volumes of [the Wolf Hall series] turned the mordant outsider into a bookstore favorite, a bridge between “literary” fiction and mass-market sales that millions tramped happily across. Yet she remained plucky, original, part of no gang. She lived quietly by the sea in Devon with Gerald, while her intellectually voracious essays stylishly spanned centuries and continents…. 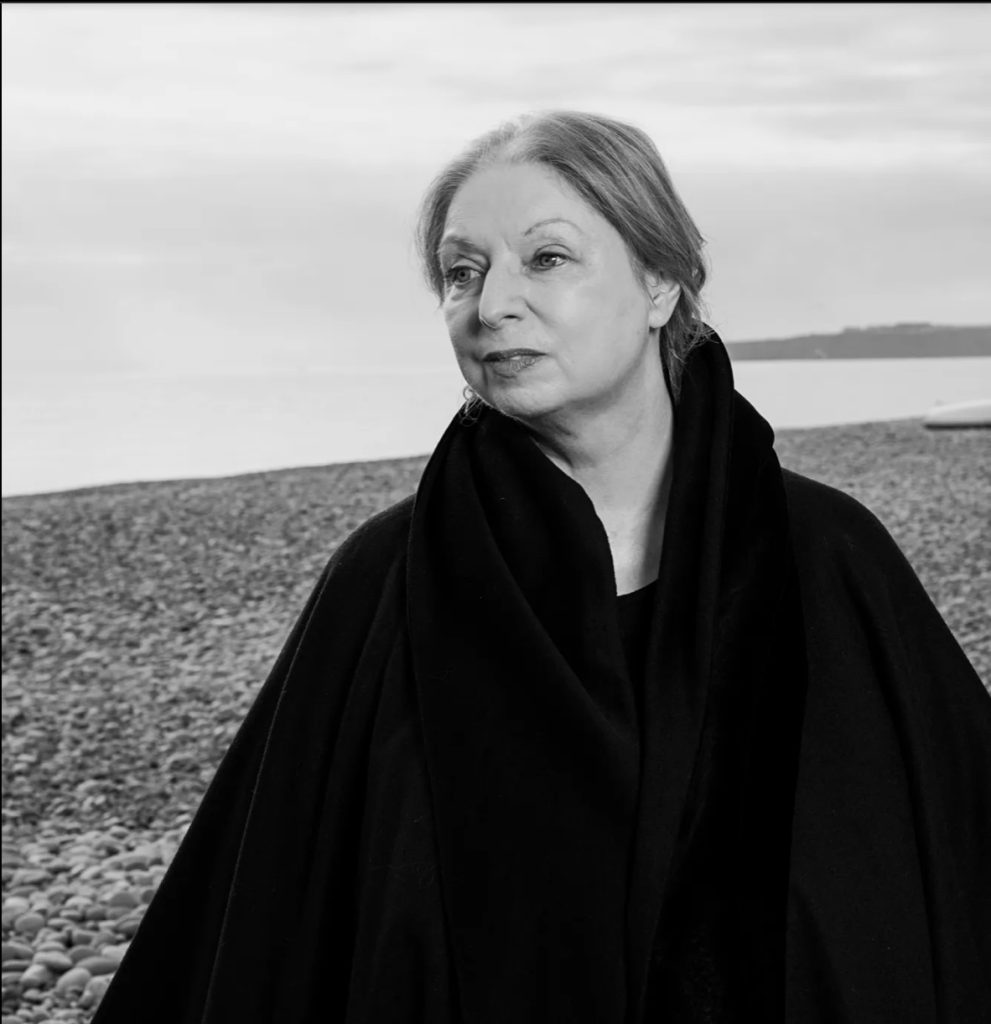 From Sarah Perry (“The Essex Serpent”), in The Guardian:

Hilary Mantel is dead and I am ashamed of the sorrow I feel, since I met her only once, and we corresponded rarely; it occurs to me she would possibly be amused by my sorrow, and amused, too, that I’ve taken out like a holy relic the Christmas card in which she hoped I was happy and that 2015 would be good to me and to my gift, which she signed Hilary (Mantel).

A year or so before, I’d locked myself in the toilets of the offices where I worked to finish her memoir “Giving Up the Ghost”. Alone in a cubicle, I wept over its unflinching account of suffering and loss, and returning to my desk I wrote a love letter that ran to several pages. I praised what we must all praise: the elegance and rigour of her prose, the startling visions of her imagination, the candour and courage of her self-knowledge, the treacly blackness of her wit and the piercing intelligence that riveted the lot together with bolts of stainless steel. Having once read that she bound her manuscripts with treasury tags, I raided the office stationery cupboard, shoved a fistful of them in the envelope and sent my devotion first class.

In the years that followed I have loved her only more. The year 2015, as it turned out, was not as good to me as she had hoped it would be, nor were the years that followed: I became ill and endured tormenting pain, so that her writing on bodily suffering arrived for me like despatches from a traveller who had entered a bad land long before me and had left a map and a light. I loved her for her novels, unmatched by any writer now living, but I loved her, too, because she was a woman for all seasons, whose intellect was equal to every moral or political matter the world could hurl at her door. What will we do without her? I have been waiting for her word on the crown that has passed from one old hand to another, and now the word won’t come.

All afternoon I have aimlessly paced the house, followed by dogs, holding the card she sent me, thinking myself absurd. I find her in the blue-eyed model of a jackdaw that eyes me from the mantelpiece, and the deck of tarot cards I keep close to hand; I find her in the box of opioids I store under my bed in case pain returns to my life; I find her in the postcard of Cranmer she sent me once, which I have pinned above my desk. Mostly I find her at my shoulder berating me when my prose becomes weak and thin. “All houses are haunted,” she wrote. She haunts mine and cannot be shifted. What poor priest would dare? 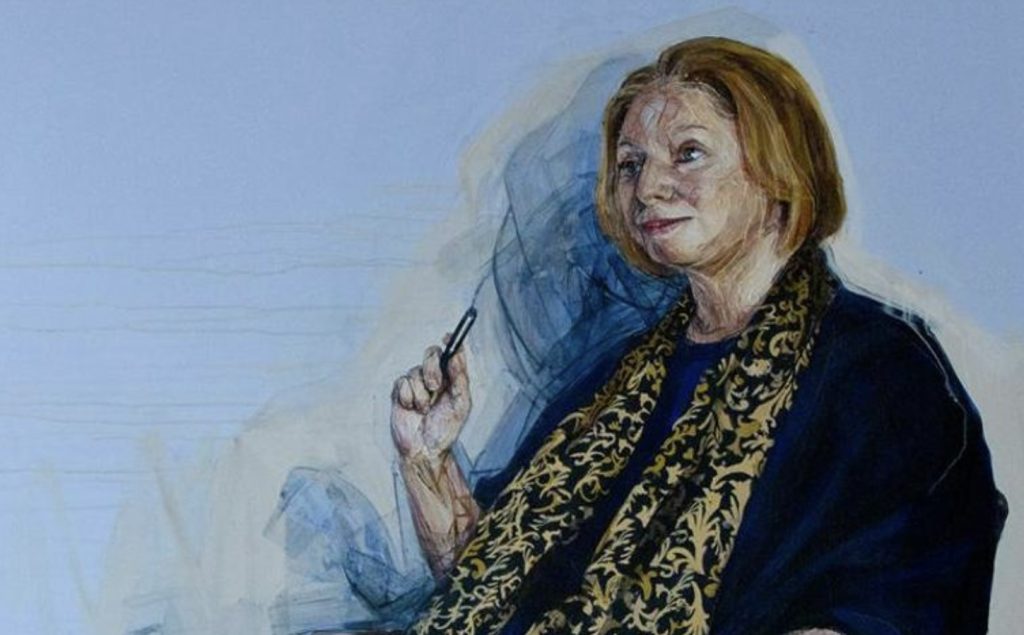 In one of her final interviews, published on Sept. 10 in The Financial Times, Ms. Mantel was asked if she believed in an afterlife. She did, she said, although she couldn’t imagine how it might work. “However,” she added, “the universe is not limited by what I can imagine.”

You may want to finish with Mantel’s brilliant and controversial essay of 2013, “Royal Bodies”, in which she shares her thoughts on Kate Middleton, the Queen, and Anne Boleyn, among others.