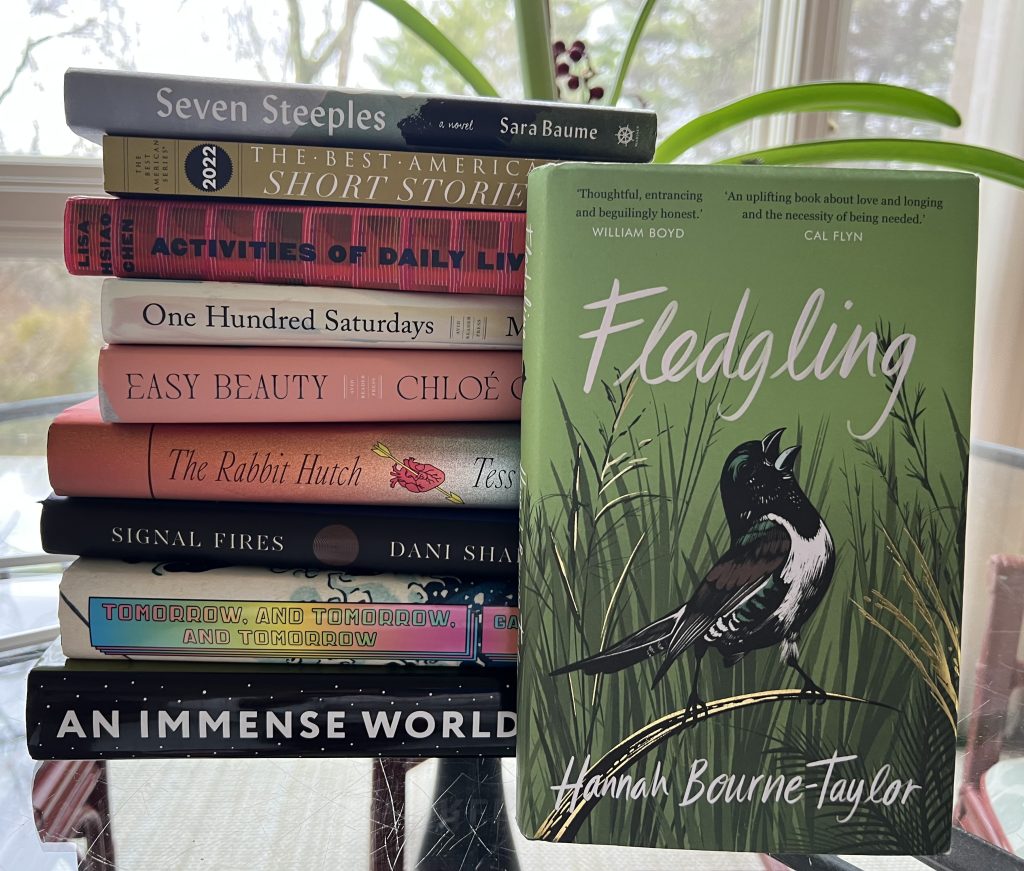 Happy New Year, Bacon friends! I wish you contentment or change in the days ahead – whatever you need most. Thank you for keeping me company on the journey.

Today’s post offers 10 terrific books for the season (and beyond). Most of them are making all kinds of “Best of 2022” lists, but there’s one off-the-radar pick that I absolutely love.

As much as I like the high-flying and high-profile books at the top of the list, my personal favorite is #4: Fledgling, by Hannah Bourne-Taylor… 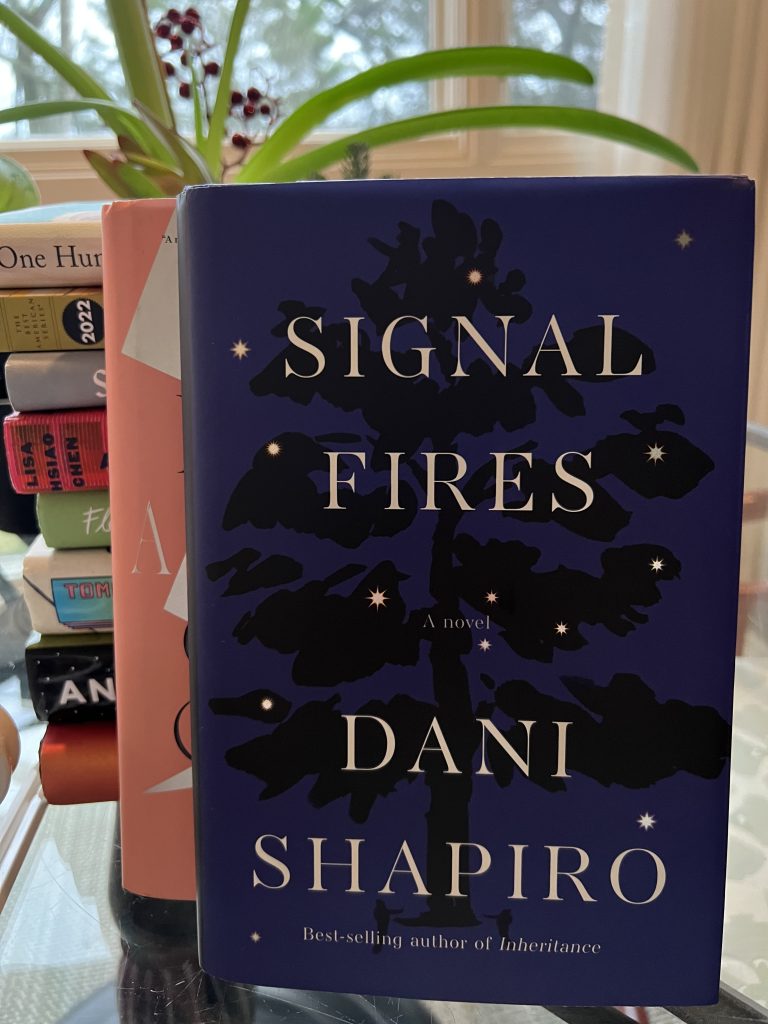 Dani Shapiro’s new novel Signal Fires begins with the shatter and crash of an accident. The kids have taken their parents’ car out for a joy ride – a shy 14-year old boy at the wheel, his big sister in the backseat, and a cute girl riding shotgun. When one of them ends up dead, a big lie is told. The first chapter of the book is gripping, and the rest is even better. Shapiro moves back and forth in time, showing us what led to that moment and what happens to the survivors and their families as they bear the burden of that night. Secrets bloom into dark, poisonous flowers, and truth seeks the light. Signal Fires offers characters to care about in a compelling storyline, but the deeper, sometimes mystical questions about the nature of reality quietly suffusing the book are what set it apart. Does each present moment somehow hold both our past and our future? Is our sense of separate identity an illusion, and our interconnectedness the greater truth? Does anyone ever really die? Shapiro’s new novel shimmers with beauty and mystery, and sorrow is not the final answer. 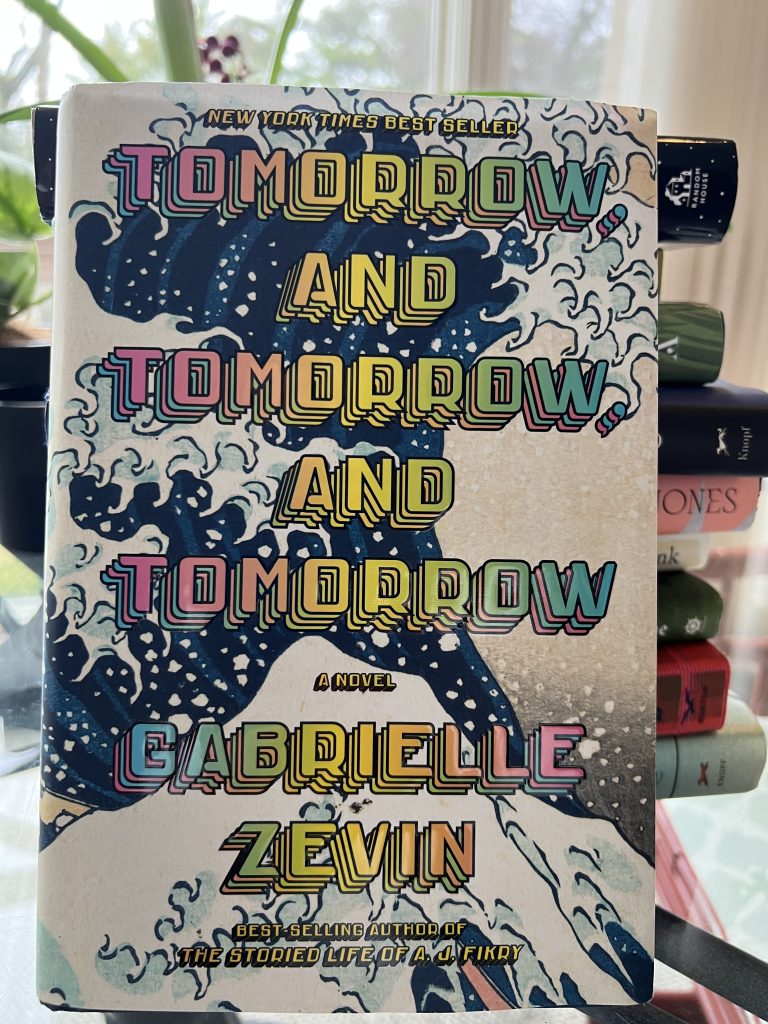 Gabrielle Zevin’s Tomorrow and Tomorrow and Tomorrow also offers an immersive reading experience – the challenge and escape of a finely built fictional world to live in for a while. Sam and Sadie meet as kids at the hospital where Sam and Sadie’s sister receive long-term care. Sam and Sadie bond while gaming together there on one of the early generation of consoles. Later they’ll play countless hours of Donkey Kong at his grandfather’s pizza place, and even later they’ll build video games together. They are closer than siblings, closer than lovers. The book considers the role of friendship in our lives; the joys of collaboration; the sting of competition; the ways we hurt those we love most; and the paths we find back to each other. The book is least effective when current political obsessions take center stage (for instance, when Sadie and Sam decide that the hero of their first game is a “they”, not a “him” or “her,” even though this part of the story is set two decades before pronouns became something to argue about). The glory of this novel is the richly imagined relationship between Sadie and Sam and the in-depth exploration of gaming culture. 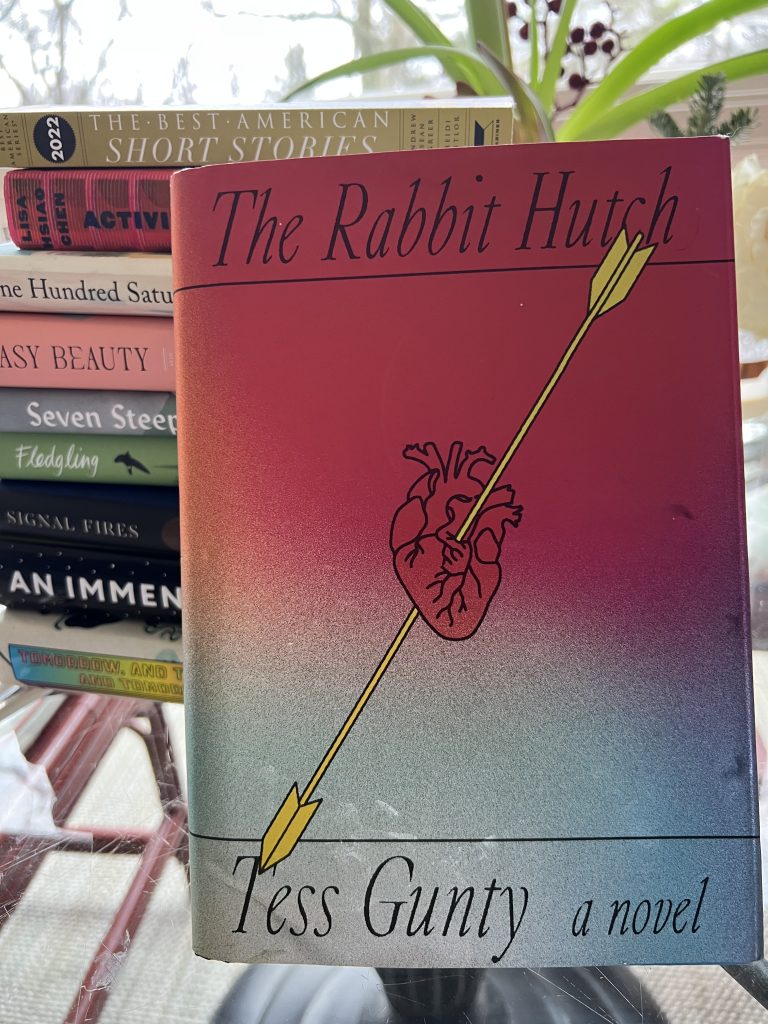 The Rabbit Hutch, by Tess Gunty, recently won this year’s National Book Award and also features young adults trying to find their way in the world. These kids are no Sam and Sadie, though. Blandine and the three young men at the heart of this novel have recently aged out of the foster care system and share an apartment in the burned-out former auto industry town of “Vacca Vale”, Indiana. Blandine, the smartest of the four, may also be the most damaged, while two of the three boys vie for her affection. In the down-and-out apartment complex known as “The Rabbit Hutch” where they live, it wouldn’t be a shock if something violent happened. Would their neighbors even notice? Their lives are complicated too (we get to know quite a few of them). The National Book Award citation describes the book like this:

Told over the course of one hot summer week and through a kaleidoscope of voices, The Rabbit Hutch is beautiful, biting, darkly comic, and provocative. This novel is a snapshot of America and the many ways we struggle with loneliness, yearning, and the painful pursuit of freedom. 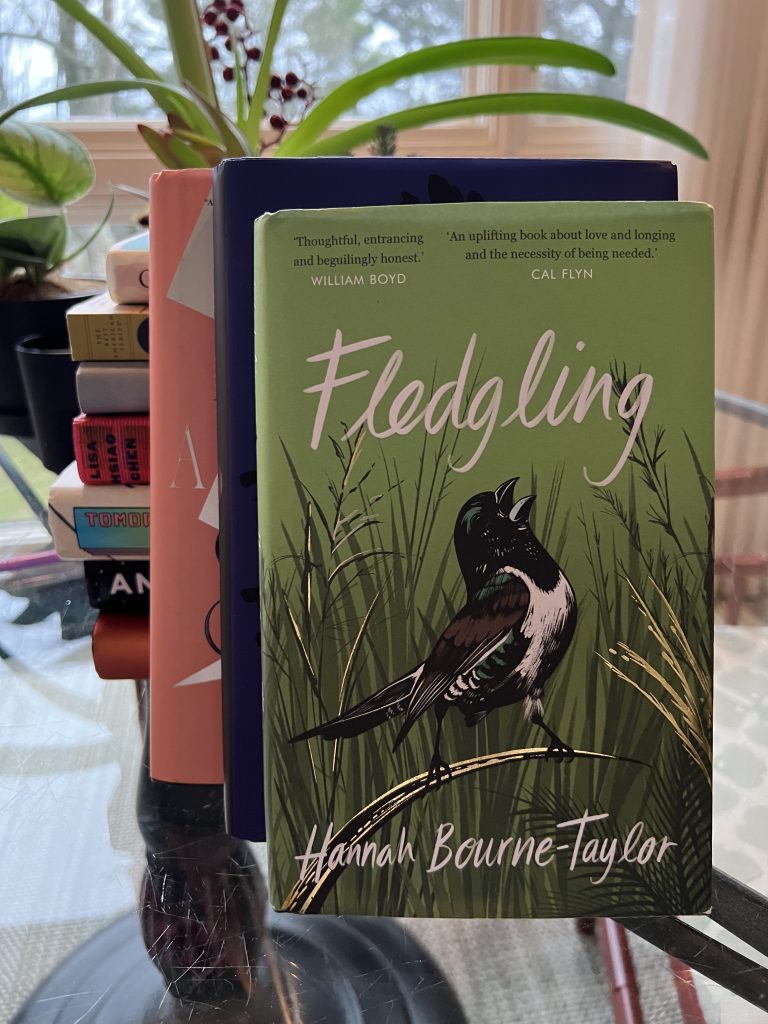 For a kinder, gentler read about finding one’s way, try Fledgling, by Hannah Bourne-Taylor. Published by a small press out of England earlier this year, it has mostly flown under the radar so far. It’s also one of the most wonderful books I’ve read all year. “Fledgling is set in the rural grasslands of Ghana where I rescued, hand-raised and released a swift and a mannikin finch back into the wild. It tells the story of how immersing myself in the birds’ care gave me hope when, after following my husband to Ghana, I struggled to adapt to a new existence in an extreme environment without a purpose of my own,” Bourne-Taylor writes. Expecting the move from her home in England to Ghana to be a grand adventure, she found the reality far different. Instead of getting to know locals and other expats, she isolated herself, feeling overwhelmed and unhinged. When a groundskeeper at a local school destroyed a swift’s nest with the chick still in it, condemning it to near-certain death, Bourne-Taylor made a choice that changed her life as well:

It weighed hardly anything but there was a strength to the bird as it lay soft in my palm. A velvet stone, handsome with mystery. Apart from the slightest of movements it did not react. No kerfuffle of wings, no cry for help… But there it lay, defeated into trust through lack of option.

Bourne-Taylor writes with exquisite care about the natural world, both the remembered world of her childhood in England and the world she comes to know so intimately in Ghana. As she becomes more attuned to the mental world of the finch, she learns a better way to move through her own. 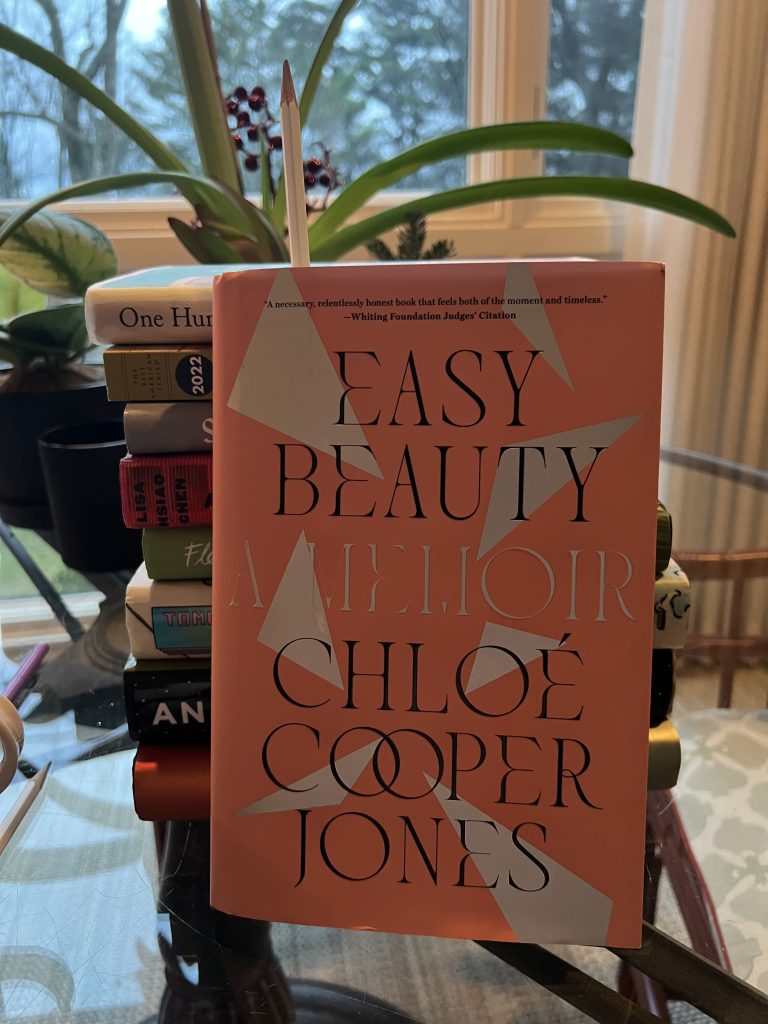 Pulitzer-prize finalist and philosophy professor Chloé Cooper Jones doesn’t move through the world physically the way most of us do. Born with a rare congenital condition called sacral agenesis, she confuses people with her gait and appearance:

My disability is obvious, but its details are unclear; to look at me is to feel information both shown and withheld. These ideas in opposition create cognitive dissonance and this makes people uncomfortable in a way not reducible to prejudice alone.

In her memoir Easy Beauty, Jones explores the Ancient Greek understanding of beauty, modern views, and what it means to find peace, meaning, and comfort in her own skin. Anyone who has felt ugly at any point on their life’s journey should consider picking up this book (is that all of us?). 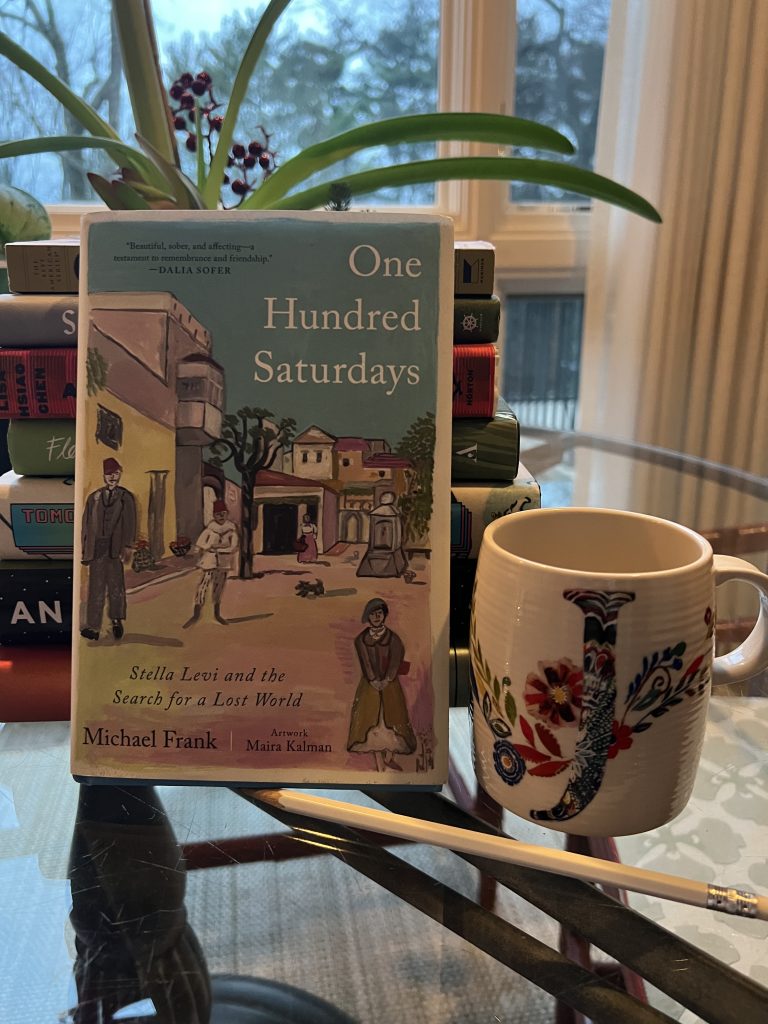 Winter, to me, seems the perfect season for reflection and memoir. Michael Frank’s One Hundred Saturdays offers an unusual and beautiful hybrid based on a remarkable friendship. The Wall Street Journal selected it as one of the Top 10 Books of the Year:

Attending a lecture on the history of fascism, the writer Michael Frank found himself in a conversation with a woman whose interest in the subject was more than academic – nonagenarian Stella Levi, who had been deported as a child to Auschwitz from the Mediterranean island of Rhodes. Over the years to come, their weekly meetings became a journey into her indelible memories of love, tragedy, hard-won survival – and the vanished world of a once-vibrant community.

I’ve just begun reading it and am intrigued. As Stella Levi begins to trust Frank, so do I. Because of his curiosity and generous spirit, a whole community’s history has been saved instead of lost. And something else new and lovely has been born. 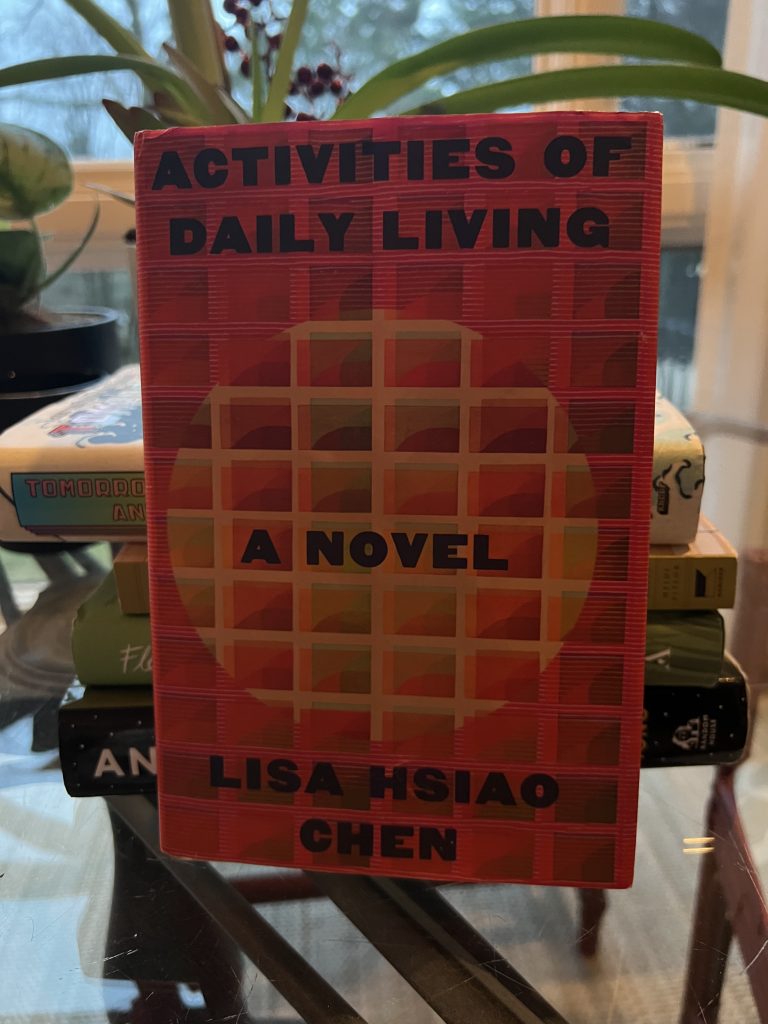 One Hundred Saturdays, an engaging read, does require focus and attention. Activities of Daily Living, a novel by Lisa Hsiao Chen, rewards a careful reading as well. As the novel begins, we meet Alice, daughter of a Taiwanese mother and American father. She’s become obsessed with the work of “the Artist,” Tehching Hsieh (born in 1950 – you can google him); she spends most of her non-working hours trying to understand the meaning of his performance art. His projects always take place over a set period of time – usually one year, exactly – and involve a distinct and regimented set of activities and constraints during that year. From July 4, 1983 to July 3, 1984, for instance, he and another person were joined at the waist by an 8-foot rope. In addition to studying the work of the Artist, Alice spends more and more time caring for her father with Alzheimer’s. The novel sets up the contrast between the Activities of Daily Living in her father’s life – or ADLs, in Alzheimer-facility parlance –  and those of the Artist. In what ways do ADLs define a life, Chen seems to be asking – for any of us. In what ways can we transcend our circumstances? 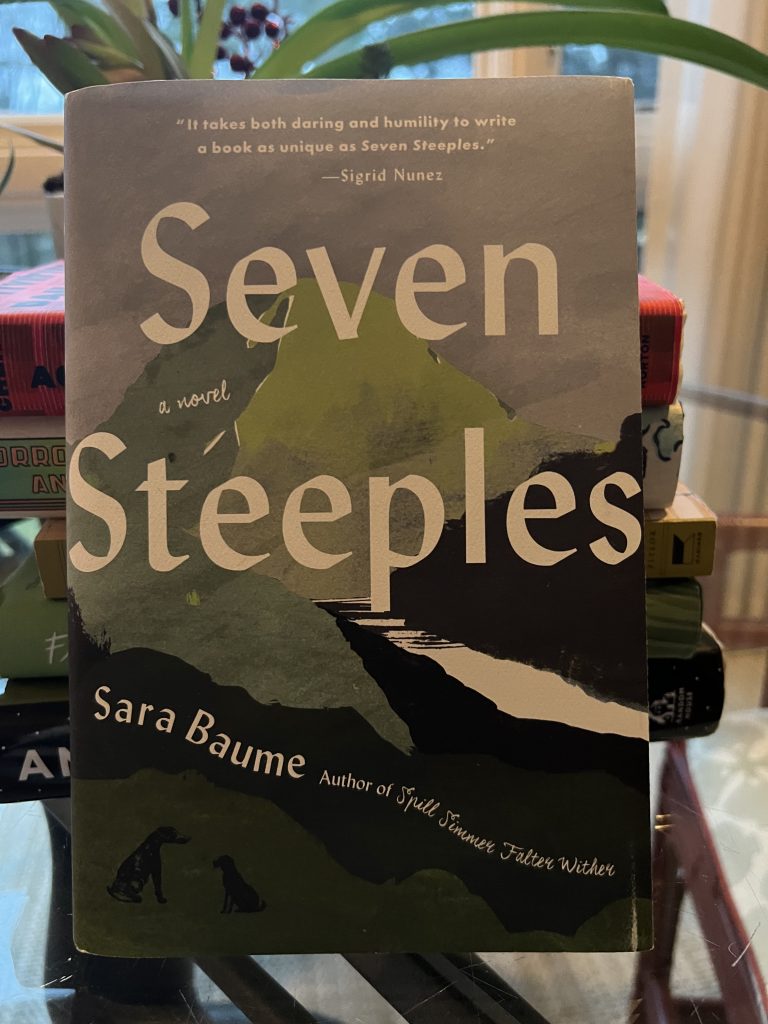 A young Irish couple believe they have chosen the perfect circumstances for themselves in Sara Baume’s new novel, Seven Steeples. They have retreated from the world and its expectations to an isolated country home, bringing their dogs, essentials, and not much else. What begins as a “charming pastoral drama.. steadily grows, like an untended backyard, into something much more wild and unsettling. Back-to-nature fiction has rarely been so strange or so beautiful,” writes the Wall Street Journal. The Guardian can’t get enough of it:

“Bell, the female character, has a habit of ‘touching things to draw blessedness out of them’, and this is absolutely what Baume is doing throughout. In the paraphernalia of a life, its coffee grinds and washing lines, love and meaning are hiding – because all the meaning in our lives happens around these things, our little days, so where else would it end up secreted?”

The reviewer for The New York Times suggests that Seven Steeples doesn’t have enough forward momentum or drama, and that the pleasures of the novel seem closer to poetry. Still – I’m all in (it’s next on my reading list). 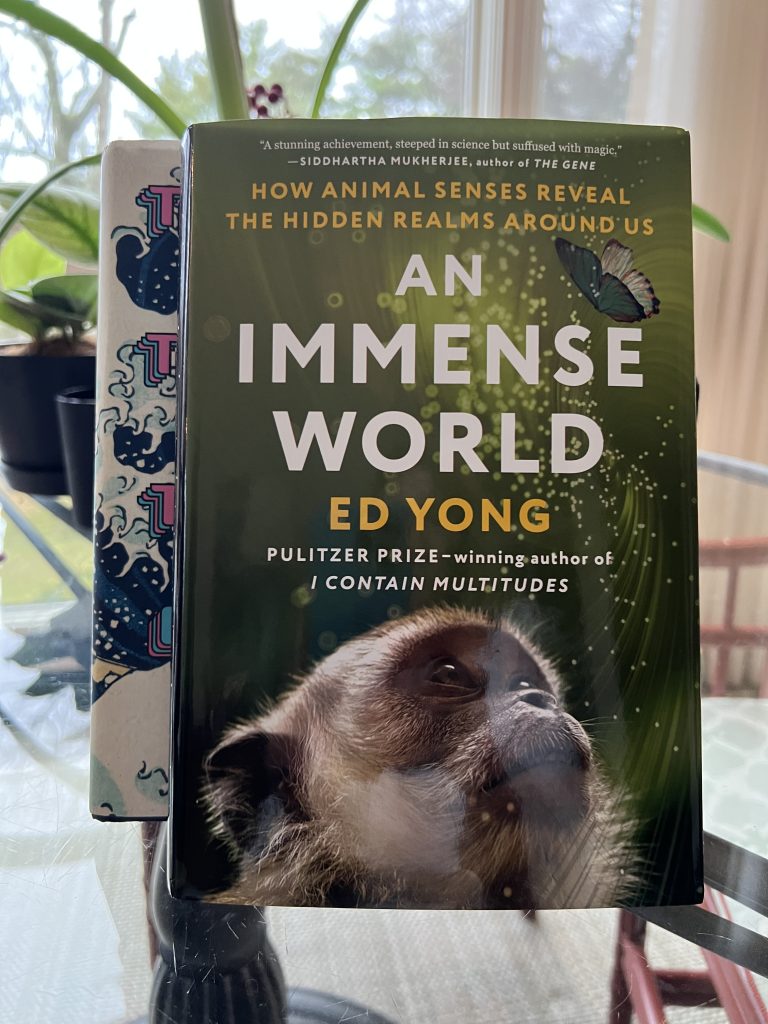 The nonfiction lovers among us will surely want to check out one of the biggest releases of the season, An Immense World: How Animal Senses Reveal The Hidden Realms Around Us. Author Ed Yong invites us to join him on a deep dive into the sensory world of bees, songbirds, dogs, giant squid, beetles, turtles, and even scallops, among other creatures. Mary Roach (Fuzz: When Nature Breaks the Law) asks:

What strange… power does this man have, that he’s able to roam the vast universe of animal science, homing in on the most fascinating discoveries? Every page finds the reader mouthing quiet whoas, as the world she thought she knew opens out into a hundred others, improbable, strange, and fabulous. I don’t know how to put into words the awe I felt while reading this book – for the incredible sensory diversity of our planet, and for Ed Yong’s talents. 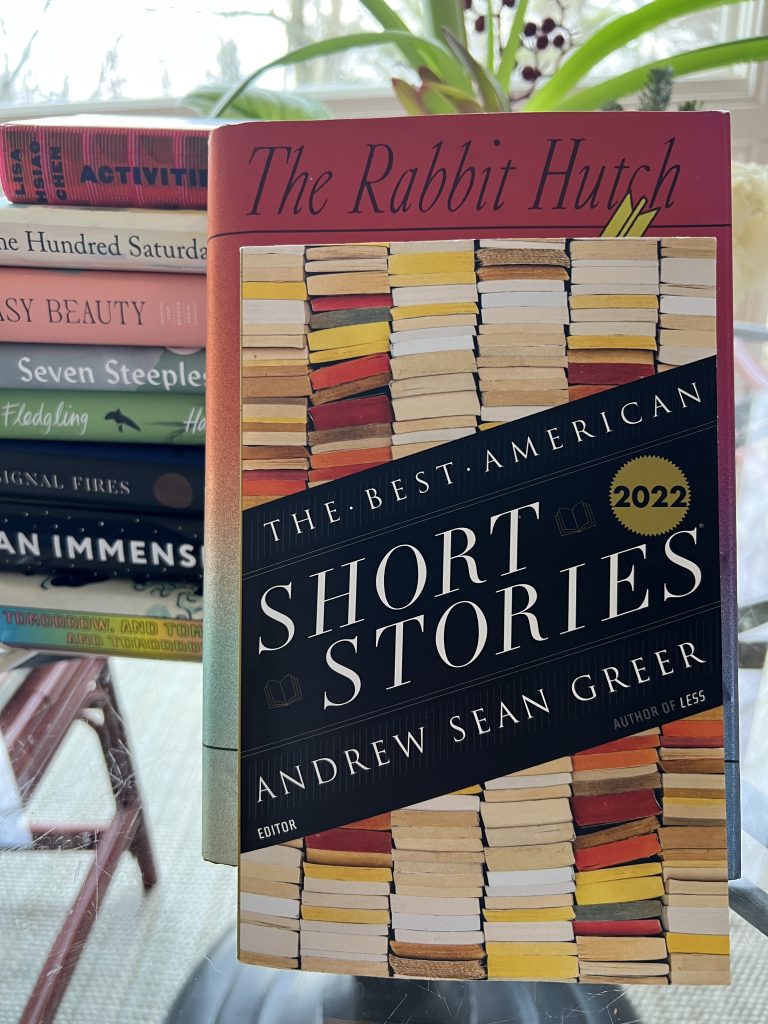 Those who prefer snack-sized pleasures might instead try this year’s installment of the Best American Short Stories series. “Again and again, I have been amazed by the power of the form – moved by how a story can consume and counsel, illuminate and inspire,” writes author Kate DiCamillo (The Tale of Desperaux, Because of Winn-Dixie). She’s been a fan of the series for more than 30 years. Pulitzer Prize winner Andrew Sean Greer (Less; Less is Lost) curates this year’s collection. I’m a huge fan of Greer (“an exceptionally lovely writer, capable of mingling humor with sharp poignancy,” says the Washington Post) and I can’t wait to settle in with this collection as a fire crackles nearby – or a warm winter breeze blows in the open window.