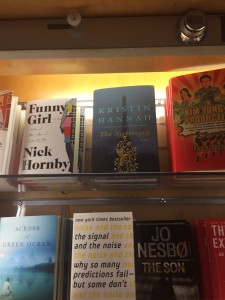 At airport bookstore
this weekend

Kristin Hannah didn’t plan it this way, but the publication of her latest novel, The Nightingale, couldn’t have come at a better moment, on the heels of the blockbuster World War II-inspired novel, All the Light We Cannot See.  The Nightingale is described at Kristin’s website as “an epic love story and family drama set at the dawn of World War II.  A profound and compelling portrait of two ordinary French women living in a city under siege and in a country at war, where surviving sometimes means doing the unthinkable.”  I haven’t read the book yet, but I like what I’m hearing.

Author Lisa See, #1 New York Times bestselling author of Snow Flower and the Secret Fan, writes,”I loved Kristin Hannah’s The Nightingale.  She has captured a particular slice of French life during World War II with wonderful details and drama.  But what I loved most was the relationship between two sisters and Hannah’s exploration of what we do in moments of great challenge.”

I also like what I’m learning about Kristin Hannah.  Her biggest book to date is Firefly Lane, published in 2009, one of more than twenty she’s had published.  A former lawyer, she began writing her first novel – with her mother – when her mother was in the late stages of breast cancer.  They did not complete the book before her mother’s death.  Years later, when Kristin was on extensive bedrest during pregnancy, she both read a lot and watched a lot of game shows.  “When I started to care who won The Price is Right, I knew I was in trouble,” she says.  She picked up the book she and her mother had left off – and has never looked back.

Here’s what she has to say about why she wrote The Nightingale:

When I read about an otherwise ordinary young Belgian woman who created an escape line for downed airmen, I was mesmerized by her courage and resilience.  I knew I had to write a novel about the many women who became spies and couriers and risked their lives to save others during the war.

And then there were the women who hid Jewish children in their homes.  These courageous women put themselves directly in harm’s way.  Many of them paid a terrible price for their heroism.

As I researched, I found myself consumed by a single, haunting question, as relevant today as it was seventy years ago:  When would I, as a wife and mother, risk my life – and more importantly, my child’s life – to save a stranger?  That question is the very heart of The Nightingale…

All too often, women’s war stories are forgotten or overshadowed.  I wanted to write a novel that remembered their sacrifice and courage while vividly showing what it was like to live in Occupied France during the war.  When reading it, I hope the reader asks: What would I do? 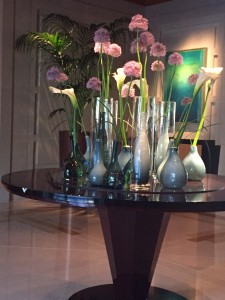 At the Umstead
with sister
this weekend 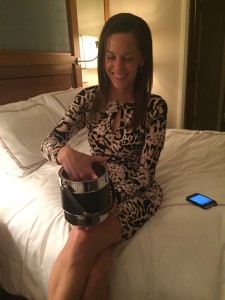 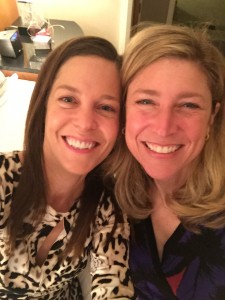