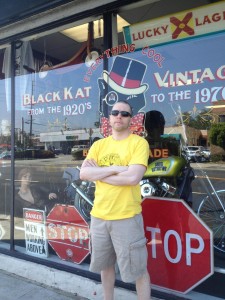 Many long years ago, when we were dating, Gus and I often went to dinner at the Rathskellar with our married friends Matt and Mary Osborne.  They were our model of good things in marriage:  they were young, and had fun together, and were very different people but seemed to bring out the best in each other.  Except for that one night.  Mary had a great new haircut that Matt failed to notice.  When she pointed that out, he responded – inappropriately.  Lessons were learned by all in the epic fight that followed.  Tone of voice: important!  Major new haircut: important!  (For the record, Matt and Mary survived that night and are going on 23 years of marriage, 30 years as a couple, with two lovely daughters nearly grown.)

Matt always kept things lively with his sharp wit and keen intellect.  Don’t try to put him in a box – or even figure him out, necessarily.  Extreme metal music brings him contentment, as does his favorite book of all time, All The King’s Men.  He’d like to be driving a restored El Camino.  His favorite guilty pleasure is Howard Stern, “but I don’t feel guilty about it.”  He loves the New Orleans Saints.  To become a better person, he advises, simply “act more like Willie Nelson.”

Another of Matt’s favorite books is To Kill a Mockingbird, and he is the perfect person to share his reaction to the news of its sequel.  He and Mary named their first beloved dog Scout, after the book’s protagonist.  “Scout lives on,” he tells me, “but only as a tattoo across my right shoulder blade.”

I usually like my fiction stark and dark, and troubling to my soul – James Ellroy is my long-reigning champion of the pen and pad.

That being said, I plan to queue up this July for the startling return of Harper Lee.

As I am sure Bacon readers know by now, her second novel, Go Set a Watchman, is scheduled for release 55 years to the month after To Kill a Mockingbird.  It will be new to us, but old to Ms. Lee – apparently it was the novel she first submitted in the mid-1950s, only to have it rejected by her editor who convinced her to write the manuscript that would become To Kill a Mockingbird.

Given that Ms. Lee now is 88, it is the perfect ending to her career.  We know very little about her, because that is the way she has wanted it.  It has been ours to guess all these years her thoughts, and motivations, and intents.  Now she repays our wonderings with this final gift.

Will it be all we hope it to be?  Who knows – sometimes unearthed art of this sort is revelatory (The Basement Tapes), sometimes not (all those posthumous, overdubbed Hendrix albums in the 70s).

Nevertheless, I plan to take this unexpected final journey with Ms. Lee.  It will be soothing to my soul. 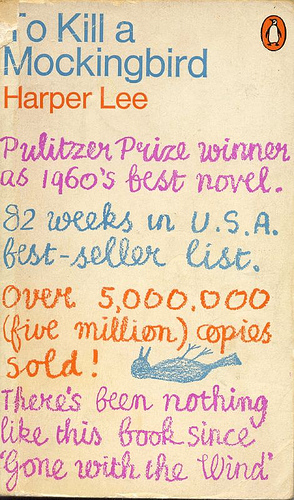