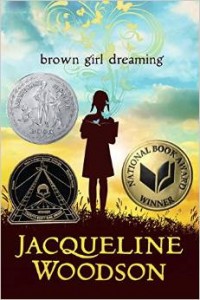 Author Jacqueline Woodson won the National Book Award for Young People’s Literature in 2014 for Brown Girl Dreaming, a memoir in verse about growing up African American in the 1960s and 70s in South Carolina and New York.  If you have a kid in school right now, you’ve probably heard about Brown Girl Dreaming or had a book by Woodson come home at some point along the way.  Woodson is an award-winning author to say the least:  three Newberry honors, the Margaret A. Edwards lifetime achievement award for Young Adult writing, the Coretta Scott King Award, the Los Angeles Times Book Prize, and nominations for the National Book Award for two other novels.

Lawrence Cook, National Director of Technology for Deloitte (and my dear friend and neighbor), cares deeply about the issues of inclusion and diversity in our community.  She serves as the Inclusion 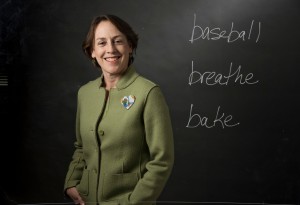 leader in the Hermitage office of Deloitte, helped launch ALPFA (Association of Latino Professionals in Finance and Accounting) Nashville, and has twice chaired the Hermitage Women’s Initiative Network.  She is a past president of BOOK ‘EM! and has taught Sunday School for over fifteen years.  This is just a sampling of how she spends her time, but you get the idea:  Lawrence doesn’t sit back and let others do the hard work.

She takes Bacon into new territory today by responding to Brown Girl Dreaming in verse.  This is a woman who knows how to take a chance.  Thank you, Lawrence!  I love it.

Read to the end of her poem for a chill.

I asked, “Jennifer, how do you feel

about using the author’s writing style?”

Her warm reply seals the deal.

I wrapped a book for my daughter tonight,

One of the last presents to put under the tree.

It won the National Book Award.

Hope that she hasn’t read it already.

“Mom, let me finish my book.

I’ll help with clean up instead.”

Later, doing the dishes after dinner,

You need to read it.”

As I settle in the chair to read….

I was born on a Tuesday at University Hospital,

between Black and White.”

a familiar rap song from my youth.

Born in Ohio, mother drawn back

to her South Carolina roots.

Leaving her husband is nothing

compared to the thought

of raising her children

so far from home.

The land and people

from her past are home.

This is where she wants

to raise her babies.

But the future here

Growing up with black skin

in a world where

yesterday to some folks…

still sorting it out.

Lots of praying and church.

The people may have changed;

But still the disconnect.

When my mother comes home

from the hospital with me,

My older brother takes one look….

‘Take her back. We already have one of those.’

Siblings. When you are a child

Life is about interactions

With your brothers and sisters

Adults must be obeyed.

But it’s the lessons

From your friends that mean the most.

Coming of age in South Carolina.

Then it’s New York to join

Mom where she has a new job.

Learning new lessons from someone

Who understands and yet doesn’t.

Email to Jennifer: Brown Girl Dreaming, I want to review it for Bacon.

Has anyone else claimed it?

Talked to a stranger on a flight from Atlanta.

I rarely talk to strangers on planes.

She is coming to Nashville for an interview

And is hoping for a change – for herself

And her family. A new beginning.

As we talk, I bring up the book.

We talk about race and childhood.

The conversation reminds me of the

Day that I learned about difference.

I was in second grade. I was kind to a

Didn’t think it was right for me to help him

When he has smashed his finger in the door.

I remember the blood on his hands.

And the hate in the voice that said

hurtful things to me.

I remember being glad that he was

Already in the nurse’s office.

We are still on a journey this Thursday in

How will we build the