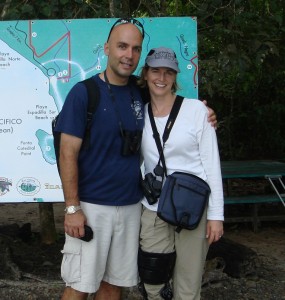 Caroline Trost wears a pink wool coat in the winter, a soft flared coat that turns every head in the coffee shop.  She has a pretty pink coat and pretty blonde hair and a black and white dog named Roscoe who requires a walk come rain or shine or icy sidewalks.   She has a black and white dog named Roscoe and a kind husband named Joe and tends her bountiful garden in the spring and summer.  Right now it’s asparagus and lettuce, kale and spinach, with strawberries ripening and garlic on the way.   These are some important things to know about Caroline.

Also:  she exercises religiously and worries about climate change, not at the same time.  She enjoys her work as staff attorney for the federal judges in the Middle District of Tennessee.  With mad legal skills and a willingness to stand her ground, Caroline would be my top pick for courtroom defense if I committed a crime!  Too bad she’s not available for that.  I’ll try not to get arrested.

Caroline, meanwhile, is trying to get to Alaska so she can say she has visited every state!  Growing up, her family took a lot of road trips.  Her dad was a law professor at the University of Alabama, so trips started in Tuscaloosa.  They often ended at her aunt’s in Montana. “We had a variety of different campers over the years, including an orange VW bus camper with a pop-top, and we stayed in KOA campgrounds all over the country.  We drove through Maine and Nova Scotia to get to Montana; we drove through New Mexico and Arizona to get to Montana.  I had traveled through probably forty states by the time I was fifteen,” she reports.  She’s also had the chance to travel quite a bit internationally, with Iceland and Morocco at the top of her list of memorable adventures. 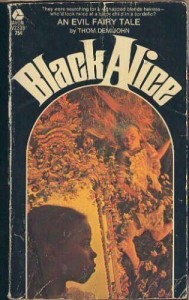 I’ve known Caroline for more than twenty years, and we’ve always talked about books.  As a child, she loved the Little House on the Prairie, Narnia, and A Wrinkle in Time series.  She would have happily read forbidden books, but her mom was too smart to draw attention to a book that way.  She remembers the time she picked up a book at the home of some friends of her parents, at one of those parties where the kids are pretty much fending for themselves.  “My mother glanced at the book and rolled her eyes but did not say a word,” Caroline remembers.  “After I read it, I passed it on to my best friend.  Years later, I saw the book on her shelf and commented on it.  She said, ‘I just reread that.  Did you know the whole thing takes place in a whorehouse in New Orleans?’  No, of course I had no idea.  But that explained why there were so many guys named John!”  (The book:  Black Alice, by Thom Demijohn.)

Margaret Atwood and Ursula LeGuin are two of Caroline’s all-time favorite authors.  She’s also enchanted by David Mitchell and today shares her thoughts on his latest, The Bone Clocks. 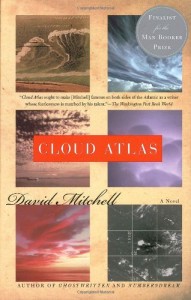 Full disclosure: I’m a bona fide David Mitchell fan, having read all of his previous novels (Ghostwritten, number9dream, Cloud Atlas, Black Swan Green, The Thousand Autumns of Jacob de Zoet), and I couldn’t wait to dive into The Bone Clocks.  It did not disappoint.

Here’s the thing about David Mitchell:  In his cosmos, everything is connected.  Coincidences abound, and characters from all six of his novels populate others – for instance, an ancillary character in one book may be a major character in others, and a random assassin in one novel has cameos in others.  (Someone somewhere has kept a running count and found that twenty-three characters appear in more than one of his books.)  Although this might sound intimidating, you don’t have to be familiar with any of his other books to read and enjoy the others.  And for those who are familiar with his other works, reading a David Mitchell novel is something of a literary Easter Egg hunt.  The Bone Clocks is no exception. 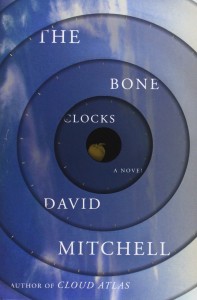 Like several of Mitchell’s other novels, The Bone Clocks is made up of different sections told by different narrators at different points in time.  This one is comprised of six sections, the first beginning in 1984 and the last in a post-apocalyptic 2043.  The first-person narrator of the first section is Holly Sykes, a headstrong 15-year-old English girl in the village of Gravesend, Kent, whose parents run a pub.  Holly is in love – or thinks she is – with a 24-year-old car salesman who introduced her to sex and the Talking Heads.  (Mitchell does a marvelous job of evoking Thatcher-era small-town England.)  Holly’s mother gets wind of the affair and forbids her to see Vinny, so naturally Holly leaves home intent on ditching school and moving in with him, only to find Vinny in bed, literally, with Holly’s erstwhile best friend.  Heartbroken and in a fit of teenage angst, Holly decides to run off at least for a few days before going back to the face the “I told you so’s” at home.

So Holly runs off into the countryside of Kent.  By this time we have learned that Holly has had some “weird” things happen in her childhood, unexplained events that border on the paranormal, and we also learn that she has a very precocious little brother, Jacko, whom she loves fiercely but who seems much older than his seven years.  He has odd interests, like inventing complicated “diabolical” mazes and listening to foreign radio programs.  As Holly explains, “Mam and Dad sometimes decide Jacko needs to read less and play footy more, and for a bit he’ll act more like a normal seven-year-old kid, but it’s only acting, and we all know it.  Just now and then who he really is smiles at me through the blacks of Jacko’s eyes, like someone watching you from a train zipping past.  At those times, I almost want to wave, even though he’s just across the table, or we’re passing on the stairs.”  When Holly is packing to run off to Vinny’s, Jacko knows without being told that she is leaving.  He goes to her room to tell her good-bye and to give her a maze drawn on a circle of cardboard as a souvenir to remember him by.  He tells her the maze is “diabolical” and explains, cryptically, that “The Dusk follows you as you go through it.  If it touches you, you cease to exist, so one wrong turn down a dead end, that’s the end of you.  That’s why you have to learn the labyrinth by heart.”  He insists that Holly “indulge her freaky little brother” by memorizing the labyrinth so she could navigate it in the dark if she ever had to.  And Holly promises.

Over the next few days, Holly as a runaway struggles to find food and shelter, and a series of mysterious events occur, the import of which only becomes clear much later in the novel.  Just as Holly settles into a job picking strawberries and even makes a friend, she finds out that Jacko disappeared from home about the same time she did, and her family is frantic.  Holly makes up her mind to return home, and the section ends.  The next section opens abruptly in 1991 Cambridge, narrated by a college sophomore named Hugo Lamb (Jason’s cousin from one of Mitchell’s earlier novels, Black Swan Green!).  Hugo is a charming, handsome, amoral cad who comes from a professional-class background but is rubbing elbows with the British elite.  His objectives in life are to seduce women and make, or swindle, a lot of money.  He is not a good person.

Through this and subsequent sections, we eventually learn that Holly, and Jacko, are caught up in a war between a group of benign “atemporals” who call themselves the Horologists, and evil “carnivores” who call themselves Anchorites. The Horologists are a small group of souls who, through no effort of their own and no apparent reason, are repeatedly recycled into new bodies whenever the one they’re inhabiting dies.  The Anchorites are a vampiric lot who obtain a similar form of immortality by luring spiritually gifted people like Holly to their lair, killing them, “decanting” their souls, and drinking the “black wine” that allows them to continue living without aging physically.  “Bone clock,” incidentally, is the Anchorites’ derogatory term for mere mortals who are doomed to age and die.  The war between the Anchorites and the Horologists culminates in the fifth section of the novel, and it’s in this section that the mysterious events in the first section and elsewhere in the book are finally explained.

The real protagonist of the work as a whole is Holly.  She is the emotional focus of the novel; she narrates the first and last sections, and she shows up as a main character in each of the other sections.  In the last section, Holly is a woman in her 70s living in a remote corner of Ireland.  The year is 2043, and the world has been devastated by environmental disasters as a result of climate change.  Civilization has regressed, and Holly’s grandchildren listen with awe to stories of the days of unlimited electricity and gasoline, and exotic foods from faraway places.  (It’s a glimpse of the near future that fans of Margaret Atwood’s Oryx and Crake will appreciate.)  Only one small dangling thread remains to be tied up, and it is, neatly, leaving the reader feeling at least a little bit hopeful about the future.

The book is enormously entertaining and I couldn’t put it down, lengthy as it is.  Mitchell has a talent for channeling the voices of people of different ages, genders, social strata, cultures, and time periods, and he portrays the ancient past, historical past, present, and projected future with the same ease.  His true gift is his facility with language, his ability to draw with words achingly brilliant pictures of place and feeling.

My only criticism of the work is that the story of Holly, the story of the Horologists, and the story of the human trajectory toward self-destruction all fit together somewhat uneasily at times.  The war between the Horologists and Anchorites ostensibly forms the impetus, drama, and climax of the novel but nonetheless feels somewhat incidental and even a little forced.  However, if the fantastical and spiritual elements of The Bone Clocks strain credulity, the reader nonetheless comes right along, rooting for the good guys.  If the book has any overarching message, I guess it is simply that everything is connected, and what we do now will continue to have unexpected repercussions and meanings well into the future, kind of like the waves of a pebble dropped into a pond.

Bottom line: Although Cloud Atlas remains my favorite Mitchell novel, I really enjoyed The Bone Clocks.  (I will note that Cloud Atlas was made into a really bad movie that I do not recommend.  And I hope no one has the gall to try to make The Bone Clocks into a movie. David Mitchell’s books simply defy being turned into movies!)