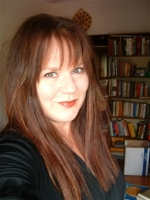 Not so many little girls raised in Nashville move to Bhutan when they grow up.  Possibly only one.  It takes a certain spirit and courage and confidence – a certain curiosity about the world – and a strong will.  Linda Leaming visited Bhutan in 1994; moved there in 1997 to teach English; a few years later, married a Bhutanese thangka painter, Phurba Namgay; they raised a child together.  Now Linda and her husband divide their time between Thimphu, Bhutan, and Nashville. 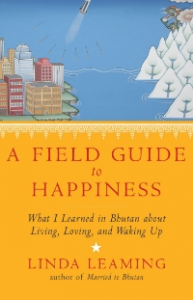 Linda has written beautifully about her journey in two books, Married to Bhutan: How One Woman Got Lost, Said ‘I Do,’ and Found Bliss (2011), and A Field Guide to Happiness: What I Learned in Bhutan about Living, Loving, and Waking Up (2014).  “Bhutan is a tiny Buddhist monarchy in the Himalayas between Tibet and India where Bengal tigers roam free and the king would rather have Gross National Happiness than Gross National Product … I think the people of Bhutan have a lot to teach the rest of the world about how to laugh at ourselves instead of being mad at other people and about how to slow down and enjoy the view,” she writes.

Linda’s headed back to Bhutan in mid-October, but she’s enjoyed some time for summer reading here in Nashville.  Today, she shares her thoughts on her favorite read of the summer, Elephant Company:  The Inspiring Story of an Unlikely Hero and the Animals Who Helped Him Save Lives in World War II, by Vicki Constantine Croke.

It’s been said that there are really only two emotions in the world:  love and fear, and all other emotions can be boiled down to one or the other of these.

We’ve got the fear part covered.

There’s a lot of darkness in the world.  There’s war and suffering and hate and anger and plain unhappiness, all fear-based emotions when you get them down to their core.  Fear and tragedy are dished out on television, on the internet, wherever we go.  They’re in our faces.  Unavoidable.

It’s love that sometimes seems to be in short supply.

But I don’t really think that’s true.  There is a lot of light in the world.  There’s plenty of grace and compassion and love.  I suppose this is what I’m about – uncovering it, spreading it, reading, and writing about it – being it. 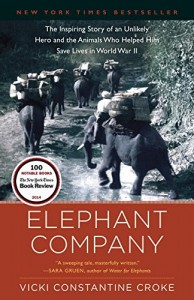 I’m particular about what I read.  I like reading uplifting, informative, spiritual, wonderful, funny things almost exclusively.  My favorite summer read so far is a brilliant little book called Elephant Company:  The Inspiring Story of an Unlikely Hero and the Animals Who Helped Him Save Lives in World War II.  It was one of the 100 Notable Books of 2014 in the New York Times and a bestseller.

Yes, it’s got war in it, and a lot of terrible things, but overall it is a story of kindness, courage, intelligence, loyalty, and humor.  It’s a whole sweeping epic of a book in only 328 pages.  It’s a book to get lost in and cry over and laugh about, and lose a weekend in, and come out a better person.

The stars of Elephant Company are the elephants.  There are hundreds and through their strength, intelligence, intuition, nobility, and bravery many lives were saved in Burma and India (animal and human) during the horrors of World War II.  They rescued refugees, built bridges, and generally acted way better than humans.  They did it with the help of a wonderful man named Billy Williams.

Williams, from Cornwall, arrived in Burma after World War I.  He was in a fragile state, having survived unspeakable horrors of war, and seemed to just want to disappear.  He went to work harvesting teak in Burma, managing several large groups of working elephants and their handlers (called uzis), who hauled the massive teak logs out of the jungles for a British teak company.

“It was said he did things no other elephant could… He even seemed to have a sense of humor.  Occasionally, after he hefted a large log to the very edge of the cliff or the bank of a river, he would pretend he could push it no farther.  He would pantomime the effort of a shove again and again, and behave as if the wood were suddenly immovable.  Only after his uzi would beg him to stop clowning would he suddenly flick the log over the precipice with no effort at all.  Then, as all the people who knew him would attest, the elephant would rumble at his own joke.”

Elephant Company is beautifully written.  Vicki Croke is a born storyteller, and in a recent interview she said her ulterior motive in writing this book was to make people fall in love with elephants.  Mission accomplished.

Her notes and index at the end of the book are a wonder of effort and meticulous scholarship.  They’re also entertaining.

I feel so happy knowing that a remarkable creature like Bandoola, and other Burmese elephants in the book, really existed.  And bless Billy Williams and Vicki Croke.  God bless anyone who works hard in small or large ways to bring light into the world. 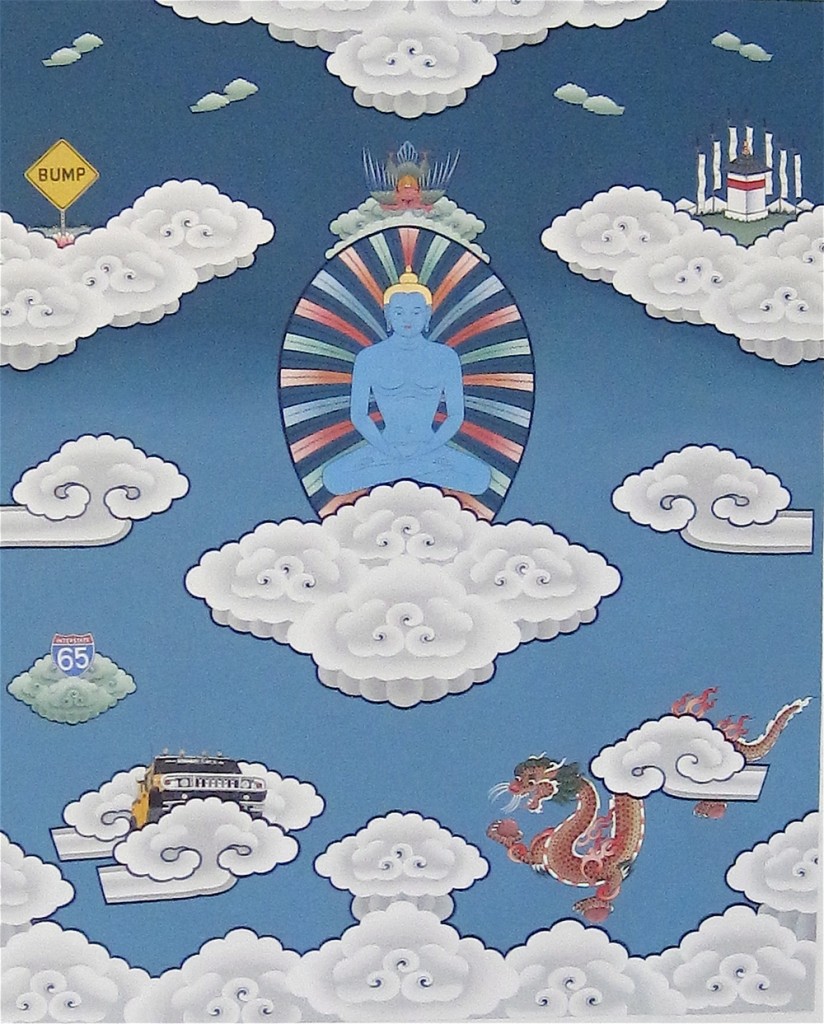