Sometimes over the holidays I write questions on little pieces of paper, fold them up, put them in a stack, and pass them around the dinner table when our daughters and their friends are trapped with us at a restaurant.  This hat trick doesn’t work at home, where escape is easy.  Sometimes the husband and daughters and friends are asked to bring questions to add to the stack.  One flavorful entry from a teenage daughter who shall not be named:  “If you were an alcoholic beverage, what would you be?”

Some other questions around the table this December included:

If you could write a New Year’s resolution for someone else, what would it be (and for whom)?

True or False:  You should live each day as if it is your last.

True or False:  I am good at forgiving.

True or False:  Everything happens for a reason.

One of the least popular questions was the following: 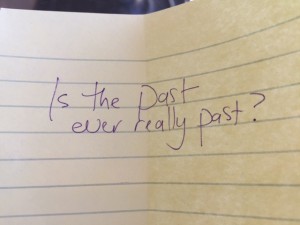 The consensus around the table was solid:  yes, the past is over.  Done, finished.  It has effects on the present, but it is not in the present.  I had to disagree, as I’m with Faulkner on this one.  “The past is never dead.  It’s not even past,” he wrote.

In this spirit, I share with you a journal entry from my former high school history teacher, Jack Barnwell.

To borrow from John Denver, “I’ve been lately thinking about my life’s time, all the things/ I’ve done and how it’s been.”   More particularly, my mind has flashed back to the early 1970’s.  John Denver, James Taylor, and Carly Simon were the balladeers who I thought, and still think, defined their generation, which is mine: a generation that grew tired of protests (which to impatient youth seemed futile); disgusted with Nixonian politics and disillusioned by politicians (Sam Ervin, perhaps, excepted); and inclined to seek gratification in personal, usually romantic, relationships after disappointing forays into the problems of the wider world. 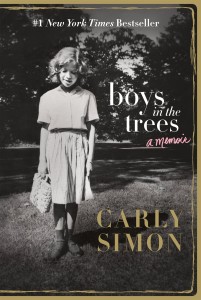 My frame of mind coincided with the publication of Carly Simon’s memoir, Boys in the Trees.  She writes well, with an amazing recall of detail.  The book is at its best in her recollection of her childhood and adolescence intertwined with the tragic downfall of her father Richard Simon, the co-founder of Simon and Schuster publishing.   When she turns to her adult years as an up-and-coming musician the book’s structure seems to lapse into a catalogue of her lovers, casual and otherwise, until she marries James Taylor.  She chronicles that relationship with care from the days of absorption in the newly acquired spouse, to the joys and worries of new parenthood, to the loss of trust and the rage of discovered infidelities.  Her meditation on the meaning of love for her husband, even as they trudged and slogged through the quagmire of separation, and her feelings for him thereafter as the father of her two children may be a little too touchy-feely for some, but it seems quite honest.  Curiously, her second marriage, which lasted twenty years, as opposed to eleven for her first, receives not a word.  I suppose that is one reason the book is properly in the genre of a memoir, rather than autobiography.  And, it may be that Ken Burns, the producer of popular television documentaries and the publisher of Flatiron Books, maybe even her editor, advised her to concentrate and end the memoir on the James Taylor relationship as the one to arouse the most interest (and the most sales).  The days of a Max Perkins as editor are long gone.  Editors at the commercial publishers now do marketing, not critical advice, much less copyediting.   The push is for revenue –  screw the critics – not literature and revenue. 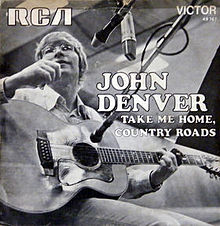 My memories of John Denver revolve around taking Beth to a concert he gave in Carmichael Auditorium when she was a first-year and I was a second-year graduate student at Carolina.   His “Take Me Home, Country Roads” enchanted us both, and I quickly bought her his “Poems, Prayers, and Promises” album, released a few months before we went to that concert. 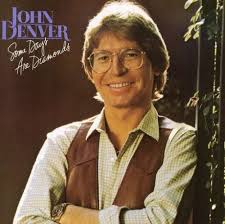 Now when I am 68 as opposed to 24, I find the first song on his album “Some Days are Diamonds” more evocative:

Some days are diamonds some days are stones
Sometimes the hard times won’t leave me alone
. . . .
Now the face that I see in my mirror
More and more is a stranger to me
More and more I can see there’s a danger
[Of] becoming what I never thought I’d be.

Denver did not write the lyrics, and by 1981 when it was released his voice had not improved.  It was probably not as clear or as resonant as it had been a decade earlier.  But he seems to have imbued the song with an emotional authenticity lacking in, say, “Take Me Home Country Roads.”  Certainly, he was no longer writing paeans to flawless, everlasting love.  By the following year Annie Martell, the inspiration for  “Annie’s Song,” which reached number 1 on the charts in July 1974, would be his ex-wife, and the property settlement in their divorce produced such a surge of bitterness that he took a chainsaw to their once shared bed in their house in Aspen.

So much for a flashback to the seventies.  Time to turn to the present.  As of yesterday, Beth and I have been married for thirty-nine years.  I asked her whether it would be a good idea to have our traditional New Year’s Day meal tonight (a day early) so that our daughter Leigh could eat it with us.  My little girl is now thirty-one and is smarter – and I hope will be a better lawyer – than was I in my rapidly receding prime.  She flies back to New York tomorrow.  Beth gently vetoed that notion as counter to good luck and proposed instead broiled salmon with tarragon-butter sauce, squash and potato casserole, fruit, and biscuits.  She is working on that now.  After supper I will binge on football games, especially the Alabama/ Michigan State matchup.  Perhaps Beth and Leigh will join me, at least for a little while. 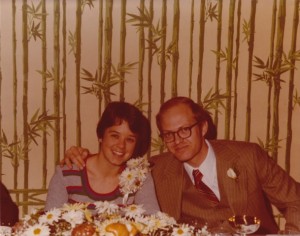 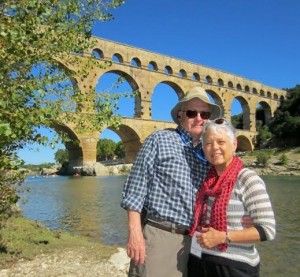