When I was growing up, I never thought much about authors.  I only ever cared about the books (Misty of Chincoteague!  Charlie and the Chocolate Factory!  Later, The Count of Monte Cristo!).  If I’m being honest, I’d have to say that persisted through at least my twenties (One Hundred Years of Solitude! The Unbearable Lightness of Being!).  Only as I’ve gotten older have I become more interested in who writes the books – and how – and why.  I’ve wondered more in recent years, “How do you become a writer?”

What I’ve been learning is this:  you start writing.  You keep at it.

In the years since graduating from Colorado College with a BA in English and then Colorado State with an MFA in Fiction Writing, Katie has written a novel, The Color Wheel, as well as short stories published in several journals.  She’s taught literature and creative writing in some spectacular settings, including the Bahamas and Telluride. 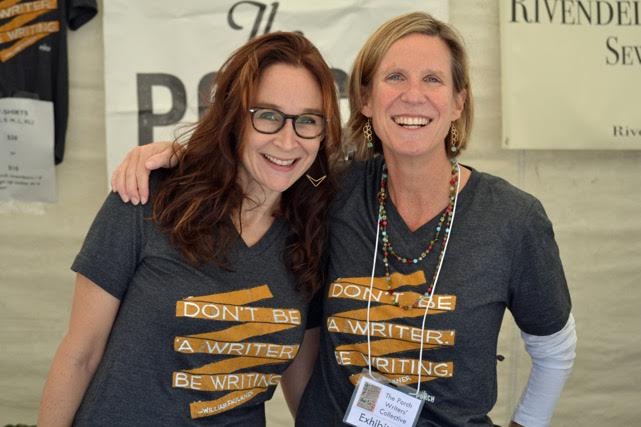 A Nashville native, Katie spent 18 years mostly in Colorado.  She’s been back in Nashville for almost nine years, and she’s been making news lately as co-founder (with Susannah Felts) of The Porch, Nashville’s writers’ collective.  You wouldn’t believe what they’ve been able to accomplish in two years!  The Porch offers all kinds of classes for youth and adults, writers’ retreats, a “Lit Mag League,” and a variety of social events for both readers and writers.  “As Nashville blooms into an exciting new era, we’re eager to see the art of writing and the community of its creators, supporters, and admirers grow in partnership with the city’s flourishing visual and performing arts cultures,” you’ll read at The Porch website.  On February 6th, the Porch hosts author Mary Karr and author/singer/songwriter Rodney Crowell for its second annual fundraiser; you can find out more about the event at this link. 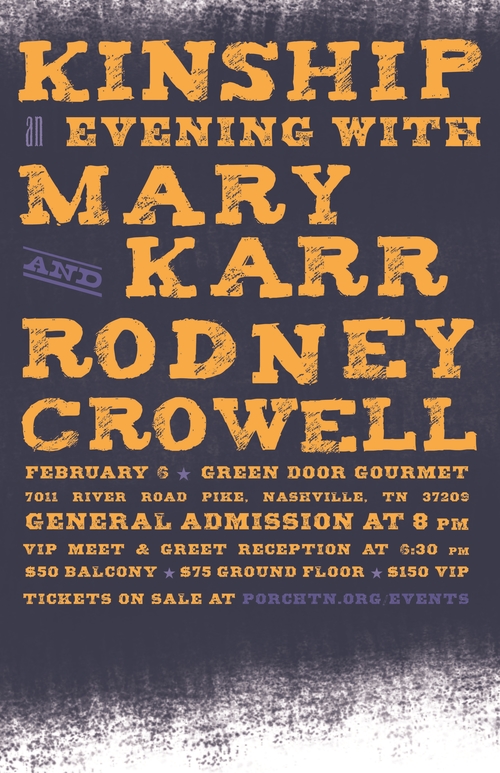 Katie loves to spend time at Percy Warner Park, “which often serves as both church and gym to me.”  She also loves the Rivendell Writers’ Colony in Sewanee, “a home away from home and one of my most special places.”  She gets up early each day to write when things are quiet.  It might not surprise you that her favorite guilty pleasure is DEAR time (Drop Everything and Read).  “I especially like DEAR cocktail hour in the evenings and DEAR Saturday mornings with coffee in bed.”

She also especially likes time with her five nephews and one niece.  “Katie is the ultimate aunt,” says her sister-in-law Monica McDougall.  “Since moving back to Nashville, she has celebrated each birthday and every Christmas with an adventure.  Always age-appropriate and exciting, Katie has crawled through Mammoth Cave, rafted the Ocoee, bounced at trampoline parks, zipped along zip lines.  She’s seen too many animated movies, and probably eaten more pizza than she’d like to admit.  Needless to say, she is adored.”

Today, I am delighted for Katie to share her thoughts on a hot current read, City on Fire, by Garth Risk Hallberg.

I’ve often said it must be a cosmic joke that I would read, write, and teach literature as a career, given the turtle-like speed at which I move through books.  As such – I’m not going to lie – the 900-plus page heft of City on Fire scared me.  In fact, when I received an advanced copy of it back in July, I felt borderline offended by its length, putting it down before I even started.  However, my fellow Porch co-founder Susannah Felts, whose reading sensibilities I revere, convinced me to give it another try.  Attempt number two got thirty minutes which morphed into several months of satisfying, engaging, at times outrageous reading.

With its kaleidoscopic plot, its epic scope, and its wild array of characters, the book is genius, a masterpiece.  It’s no wonder its author Garth Risk Hallberg got a history-making $2 million contract for the debut novel.  Even at a sentence level, his writing is fluid and lyrical – full of cadence, rich in detail.  The San Francisco Chronicle says, “Those who commit will come away with the bracing sense that they’ve discovered a writer of immense talent, confidence, and self-awareness.”  Agreed. 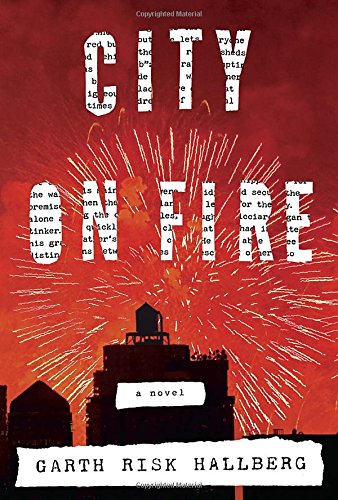 Here’s a quick summary: A teenage girl gets shot in Central Park on New Year’s Eve, 1976.  Who done it?

This is not to say it’s simply a page-turning mystery novel.  In the flurry of reviews, Hallberg has regularly been compared to Dickens, and Dickens wouldn’t be Dickens or Hallberg Hallberg if they weren’t able to spin a plot within the backdrop of a fully realized, colorful world entrenched in universal truths and the human experience.  Hallberg’s world is the Big Apple circa 1970s, and its range of characters is about as broad as the range of characters milling about NYC at the time (not that I was there, but neither was Hallberg.)  The cast swings from anti-establishment punks to the uber-wealthy and many shades in between.  There’s the African-American schoolteacher and wanna-be novelist from Georgia and his slightly unhinged, ex-aristocrat artist boyfriend.  There’s the journalist, the maker of fireworks, the radio show host.  There are a number of misguided kids and equally as many misguided adults.  There is sex, drugs, and punk rock, riots and unrest.  Webs of connection in a world of alienation:

For a moment, he [the polio-ravaged cop] thought he sensed, beneath the visible world, some blind infrastructure connecting the two of them, or the three of them, and connecting them still to others.  People he hadn’t even met. […] All these threads, like the ley-lines he’d read about in his Time-Life history books, converging on the Cicciaro girl, who lay there unaware, a glass coffined beauty whose kingdom was in ruins.  But of course, this was true of everybody; who didn’t exist at the convergence of a thousand, thousand stories.

That “convergence,” that “blind infrastructure beneath the visible world,” is perhaps the magic beneath the work as a whole.

Back in October, Parnassus and The Porch co-sponsored a reading event for the Nashville leg of Hallberg’s tour.  Meeting the author was almost as compelling as reading the novel.  Hallberg is thirty-seven, but he looks like he’s twelve.  Describing to the audience the story behind the story, he colored the moment of the novel’s inception as a “supernova” that came to him in forty-five seconds upon first looking at the gapped NY skyline after 9/11.  As convoluted as the novel is, I would have thought he’d needed maps and charts and walls.  (Think Faulkner, who mapped out his novels across the walls of his office and then repainted with each new book.)  Hallberg had no such process.   It just arrived.

Like Hallberg, I too am a novelist.  As a fellow scribe, am I envious of his muse with her forty-five second supernovas?  You bet, but in the best of ways.  When I read a great book or discover a new favorite author, I’m delighted, for writers have the unique gift of accessing mentors on their own bookshelves.  Under Hallberg’s mentorship, I am reminded to be bold, brave, free, complicated.  I learn to trust imagination, to experiment with extravagance, both in language and story.  Will I write a 900-plus page novel?  No way.  Promise.  (Yes, City on Fire does get too long, perhaps too extravagant, and a bit confusing in places.)  In the end though, I walked away from the epic novel feeling as though I had crawled inside a world not my own and lived lives, many, not my own as only the best books can do.  Of Garth Risk Hallberg, I stand in awe.  I suspect his will become a household literary name in the coming decades, and we’ll say we knew him when.