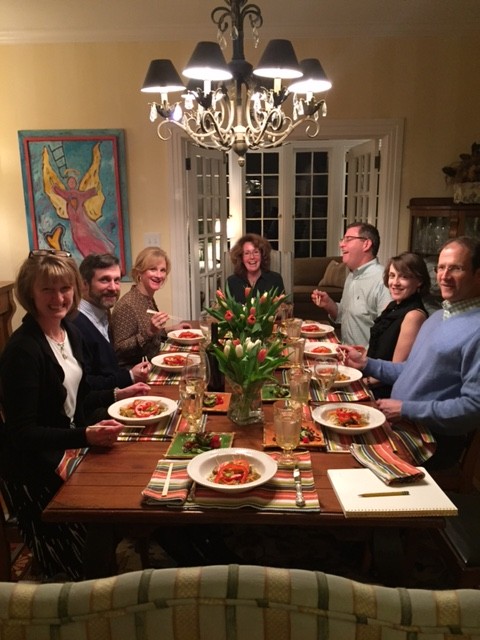 This month, my couples book club read The Sympathizer, by Viet Thanh Nguyen, and I suppose you could call it a spy novel of the tortured soul variety.  It’s the story of a communist mole for the North Vietnamese who finds himself – in a bizarre turn of the screw – writing his “confession” under duress in a communist re-education camp.  The son of a French priest and Vietnamese mother, he has always been caught between worlds, a bastard, rejected by both.  He’s always been able to see two sides of things. 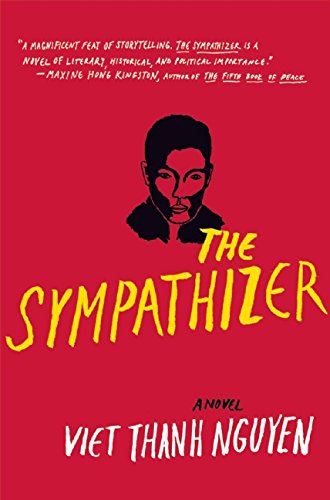 A significant disagreement erupted as to whether the book is darkly comic.  “I thought it was funny,” said one, as others chimed in.  “I was laughing out loud in parts!”  “It was definitely funny!” sang the chorus as we sat around the table, enjoying my friend’s first and brilliantly successful attempt at preparing a Vietnamese meal.  “I didn’t think it was funny but I knew y’all would,” said one woman drily.  I agreed with her. 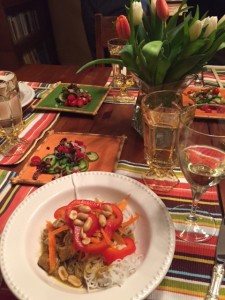 Well, maybe the squid part is kind-of funny.  A dead squid is put to unmentionable use by our narrator at one point when he is an adolescent boy. 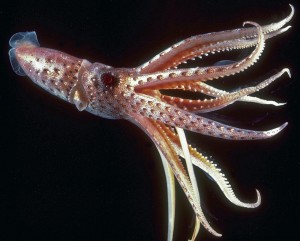 the “cock-eyed squid” (I kid you not)
from realmonstrosities.com

Who would think of such a thing? the women around the table asked, horrified.

Utter silence from the men.  Seriously?!  Followed by one brave comment, “Gentlemen, this is why we have survived as a species.”

Maybe it’s also kind-of funny that the ghost of “the crapulent major” haunts the narrator after the major’s assassination.  We wondered whether crapulent is an actual word or some creative mashup of “corpulent” and “crappy.”  It’s a word, one knowledgeable member reported definitively.  “I looked it up.  It’s an actual word.”  (Crapulent:  “sick from gross excess in eating or drinking”).

Discussion ranged widely, beginning with whether we liked the narrator.

“I didn’t like the narrator,” one member stated with conviction.

“You’re always making excuses for not finishing the book.  You would have liked him if you’d finished the book!” a person other than her spouse riposted.

The general consensus around the table was that the narrator has been dealt a really bad hand.  As a bastard, he is treated poorly by everyone except his beloved mother.  His father never acknowledges him, a rejection that cuts even more deeply once he learns who his father is – the priest who has educated him his entire life.  The narrator grows up desperately poor but smart, and life gives him the anger and the opportunity to become a mole inside the South Vietnamese army.  As the closest aide de camp to a high-ranking general, he is in a unique position of influence.  He is an idealistic young man, believing that the revolution will usher in a new era of freedom, independence and equality outside the yoke of French and American influence.  And yet he harbors no hatred for America or for his fellow South Vietnamese – in fact, he sees virtue in both.  But he wishes for better.

Much of the novel involves the deep friendship that binds our narrator and his childhood friends “Man” and “Bon,” who cut their palms and swear blood brotherhood as adolescents.  (“I did that with Billy Jeff Burton as a kid,” one member revealed.  “It wasn’t a big cut though.”)  While Man and the narrator work secretly for the revolution, Bon marries, has a child, and fights in the South Vietnamese army.  The war devastates them all in different ways.

The book is perhaps at its most subtle in the character of our narrator:

“I am a spy, a sleeper, a spook, a man of two faces.  Perhaps not surprisingly, I am also a man of two minds… I am simply able to see any issue from both sides.  Sometimes I flatter myself that this is a talent, and although it is admittedly one of a minor nature, it is perhaps also the sole talent I possess.  At other times, when I reflect on how I cannot help but observe the world in such a fashion, I wonder if what I have should even be called talent.  After all, a talent is something you use, not something that uses you.  The talent you cannot not use, the talent that possesses you – that is a hazard, I must confess.”

A few complaints about the book from around the table:  not all characters are drawn with the same degree of subtlety; the book drags a bit in places; it takes a sharp left turn in the last 50 pages or so, with changes of tone, style, and theme that some found surprising and jarring.  My own personal take on the book:  I loved it from start to finish: intriguing, heart-wrenching, finally – maybe – hopeful.

We all found the opening section on the fall of Saigon incredibly powerful, “like a scene from Bruegel” said one. 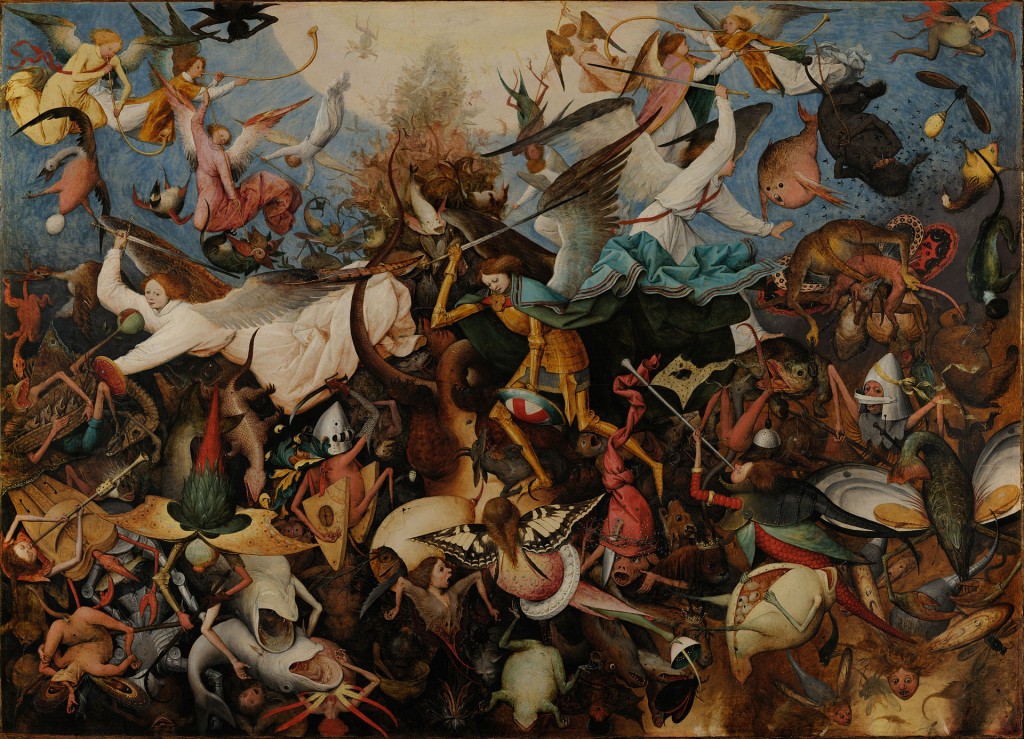 Pieter Bruegel
The Fall of the Rebel Angels, 1562

We all found it a compelling account of living between two worlds, not firmly in either.  Comparisons were made to Jewish and Southern writers and even Ta Nehisi Coates’ Between the World and Me.

We talked about whether the book was fundamentally hopeful or fundamentally nihilistic though I’m not sure we came to a conclusion.  Is there hope that humans can ever figure out how to live together in right relationship, without one group exercising power over another?  Will revolutions always finally eat their young?  Will humans ever choose not to torture each other?  Yet a powerful vision of friendship is maintained throughout.  And it is possible that the very last line of the book offers hope as well.

One other interesting question raised towards the end of our evening:  how soon will you know whether you are going to love a book?  “By the first page.”  “20% in.”  “I give a book 100 pages.”  “Not until the end.  You have to see how it all comes together.” 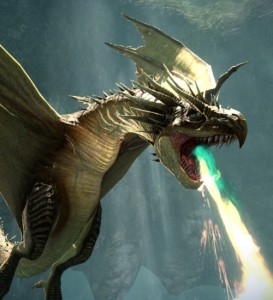 We considered reading The Sympathizer again for our next meeting in a couple of months.  We had covered a lot of territory but there was still plenty to discuss.  “I don’t think I could possibly reread this!” exclaimed one.  “We’ll do that when we’re all living at the Blakeford and it will be like reading a new book each month,” another suggested.  We concluded the evening with one member telling us about how a Rhodesian ridgeback (“that sounds like a dragon from Harry Potter!”) recently attacked his innocent or not so innocent dog.  That led into a discussion of how another friend’s dog had eaten her cone of shame following a recent injury.  We ended the evening in good spirits, hopeful about the human condition if a bit worried about our dogs. 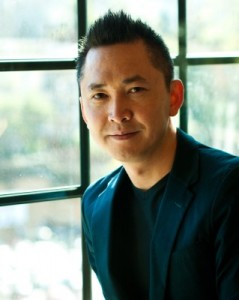 The Sympathizer won the Pulitzer Prize for fiction in 2016, the 2016 Andrew Carnegie Medal for Excellence in Fiction and the 2015-2016 Asian/Pacific American Award for Literature, among many other distinctions.  If you’d like to read more about the book or its author, visit Viet Thanh Nguyen’s excellent website.  Nguyen was born in Ban Me Thuot, Viet Nam (now spelled Buon Me Thuot, after 1975).  He came to the United States as a refugee in 1975 with his family, and they initially landed in a camp for Vietnamese refugees in Fort Indiantown Gap, Pennsylvania.  The family moved to San Jose, California in the late 1970s, seeking a better life, and his parents opened one of the first Vietnamese grocery stores in the city.  Nguyen graduated from UC Berkeley with a PhD in English and moved to Los Angeles for a teaching position at the University of Southern California, where you can find him now.

Our couples book club selections for the last few years: 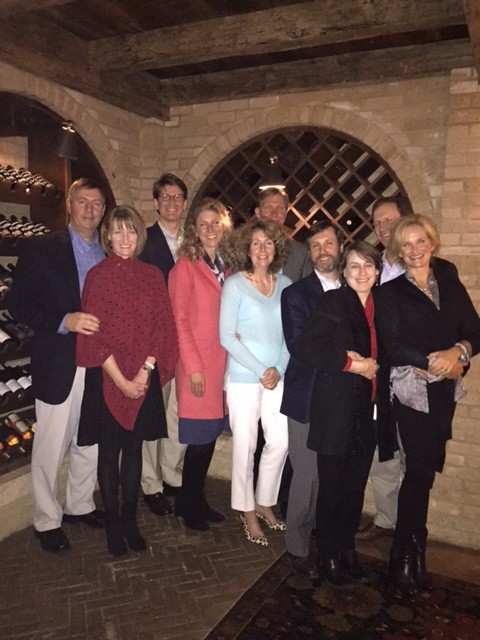