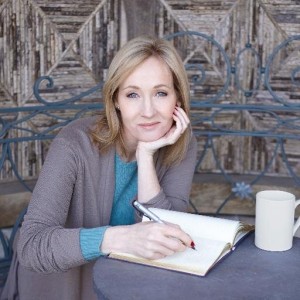 Today’s regular Bacon contributor throws Harry Potter under the bus and stakes out a daring claim about J.K. Rowling’s work.  Due to the highly controversial nature of these remarks, he or she has chosen to write under a pseudonym.  I’ll send a copy of any Cormoran Strike novel (by Robert Galbraith) to the first person who correctly identifies today’s guest writer!  Perfect Spring Break reading…

Harry Potter is not J.K. Rowling’s best series.  I know, I know.  It’s a bold statement.  With 11 million books sold, blockbuster movies lauded, and round glasses and capes produced in mass, Harry Potter is a star.  And in the practice of full disclosure, I’ve only read 1.5 of the 7 book series.  At the time, that 21% allowed me to join conversations in the grocery store and honestly answer the everywhere question, “Have you read Harry Potter?” 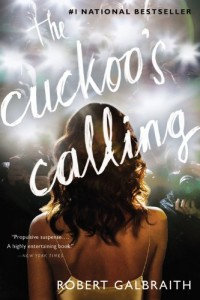 That was then, this is now.  Have you read Cormoran Strike?

Under the guise of Robert Galbraith, J.K. Rowling gives us the caustically witty, lovable and usually hungover Cormoran Strike.  Strike is an Afghan war veteran trying to make it as a private investigator in London.  He is always on the verge of closing his office, barely able to pay his too capable secretary Robin, just as the big case presents itself.  Strike is a huge, barrel chested man with wild, unkempt hair.  In my mental movie, he is played by a young, English Gerard Depardieu.  Are you getting the picture? 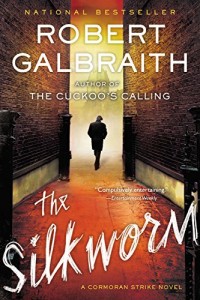 The first three novels (in a recent BBC interview Rowling promises many more) are The Cuckoo’s Calling, The Silkworm, and Career of Evil.  Although it’s not necessary to read them in order, I highly suggest it.  There are at times references to a previous case, and I find the serpentining relationship of Strike and Robin highly entertaining.

I won’t go into the plot of each, but know in true Rowling style colorful characters abound.  Models, millionaires, aging rock stars, thieves, all sorts of fabulously shady street people, narcissistic agents…. My cup runneth over!  There are twists and turns, dead ends and rabbit trails.  Humor and wit are woven in at the most surprising times and in the snakiest of ways.  Tempted yet? 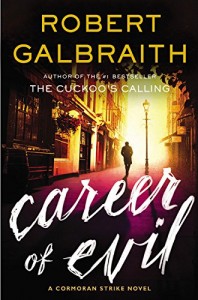 I understand why Rowling wrote Strike’s stories under a pseudonym.  A Rowling reader would be looking for wizards and quidditch, only to land in some contemporary London quagmire.  Please, reader, set aside your expectations, and settle in for a satisfying, occasionally flamboyant mystery.

Let the game begin!  Who is Edward Monroe?  You’ll note that there is a tab at the top of this page that will link you to all prior Guest Posts, if you want to go hunting for a similar writing style…