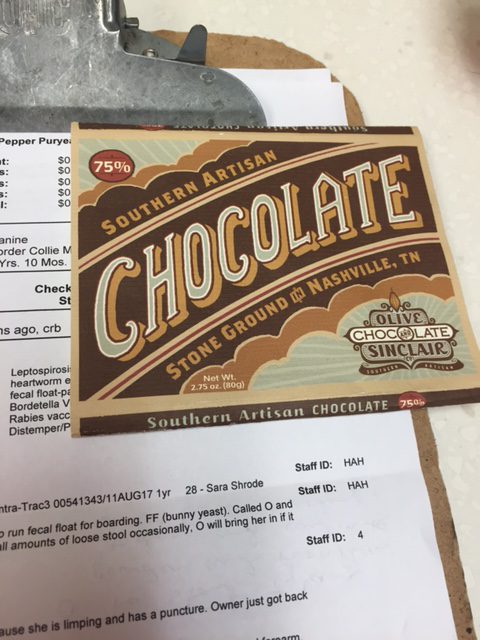 Pepper and I made an emergency visit to the vet the other day after she sniffed out part of a dark chocolate bar hiding in my husband’s briefcase and made short work of it.  The vet initially gave her a dose of apomorphine (so she would throw up) but it didn’t work.  He then had to reverse course, give her a different med, and make sure she didn’t throw that one up.  After the crisis passed, he told me that apomorphine works on about 90% of dogs.

We got home and Peppy napped.  When she awoke, she was a bit groggy.

“That was so scary,” she said.

“Yes, I expect so.”  She stretched out – gingerly – and I gave her belly scratches.

“I’m worried that the first medicine didn’t work,” she confessed.  “It works on almost every dog.  I heard the doctor talking about that.  Why wouldn’t it work on me?  Am I a strange dog?  Is there something wrong with me?”

“Dear Peppy,” I comforted, “There’s nothing wrong with you.  Sure, you are a little unusual.  But – isn’t that interesting?  You can tell a friend, you know, and it can be one of the best feelings in the world when your friend still loves you, and maybe even more.”

She considered.  “Then I won’t mind it,” she concluded.  “And I might even tell Jax and Sugaree,” she added, smiling just a little.

Later in the day she almost caught a bunny, which restored her general high spirits and sent me spiraling into another tornado of anxiety.  (She truly almost caught it.) 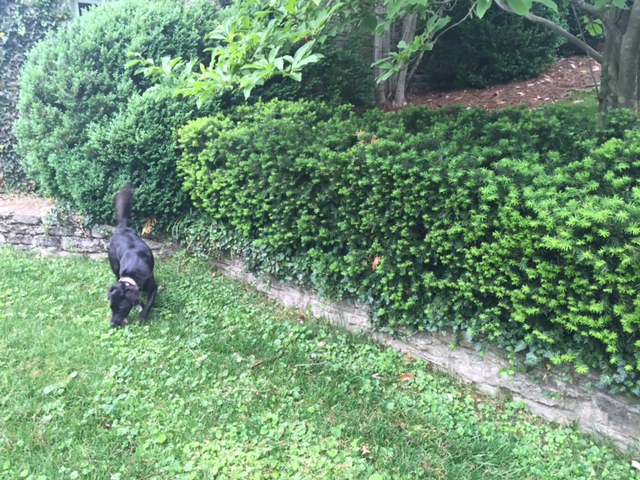 Bunny has escaped; Pepper hopes to pick up the scent of another.