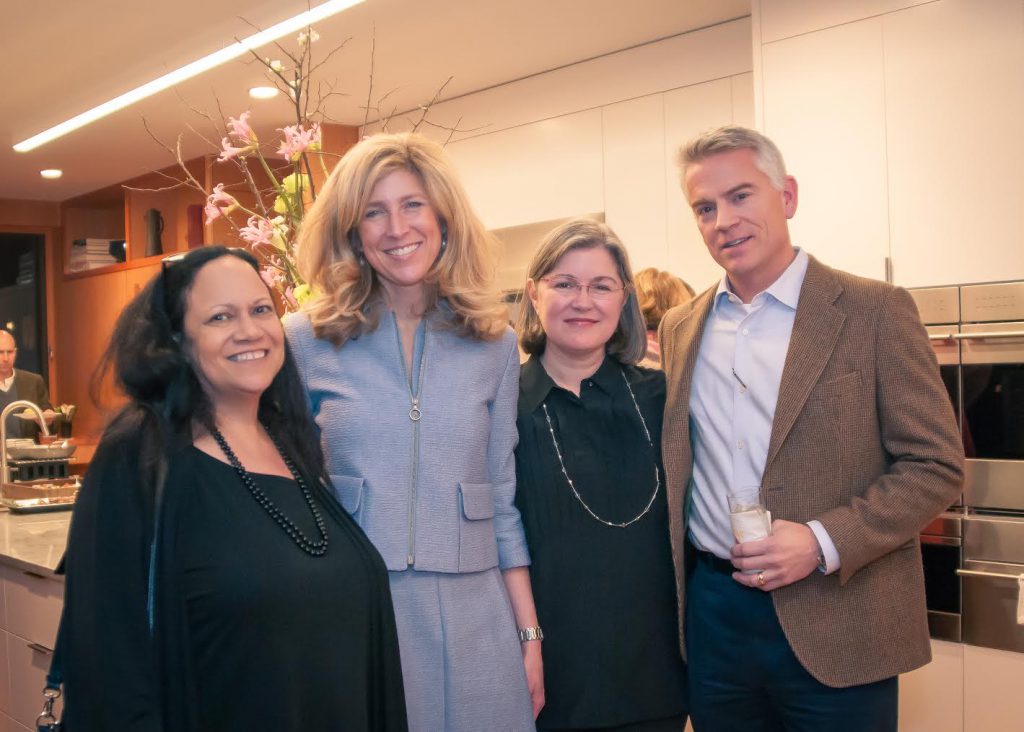 It’s not often that I read three books focusing on race in the span of a couple of months, and this was time well spent.  I’ll describe all three, but if you just want the take-home (because April is a “hair on fire” month), here it is:  for a read that will move you and stretch your heart, pick up Nashville’s All-City Read, The Color of Water: A Black Man’s Tribute to His White Mother, by James McBride.  I loved every single thing about it and will be sending it far and wide to friends and family who don’t live in Nashville and might not pick it up otherwise. 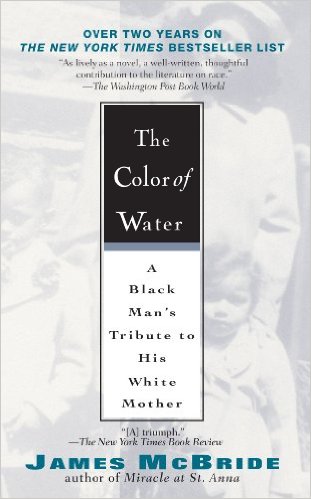 The other books I’ll feature today are Go Set a Watchman, by Harper Lee, and Welcome To Braggsville, by T. Geronimo Johnson.  I’ll start with those novels and then get all sweaty about The Color of Water.

Lee wrote this book – or draft, depending on your perspective – and was then told by her editor to write a different book, one that more fully imagined and developed the childhood sections.  To Kill a Mockingbird emerged.  Go Set a Watchman instead focuses on Jean Louise Finch as a young woman in her 20s, returning from New York to her hometown of Maycomb, Alabama.  She becomes disillusioned with the failure of her father, Atticus, and the man who wants to marry her, Henry, to be as upset about racial injustice as she is.  She is particularly enraged by the ways they help preserve and justify the status quo.  She also comes to question the love that her mother figure, Calpurnia (a black woman) has for her, given all that Calpurnia’s family (and Calpurnia herself) has had to endure in Maycomb. 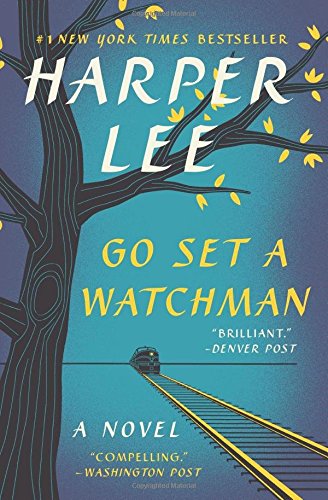 I had the pleasure of moderating a panel discussion for the Nashville Public Library on Go Set a Watchman and will share with you the perspectives of Alice Randall (Vanderbilt professor and author), Margaret Renkl (editor of chapter16.org), and Sean Kinch (high school English teacher at MBA).

A very short version of the conversation:  Alice felt that Go Set a Watchman is an absolutely necessary companion piece to To Kill a Mockingbird and every bit as compelling as a work of art.  She said that it is a more honest, angrier book speaking truths that Lee’s editor wisely knew would not be well received at the time.  It presents the complicated truth of Calpurnia and her family – as well as the other characters – in a way that To Kill a Mockingbird does not.  Margaret Renkl did not see as much artistic merit in Go Set a Watchman, finding it more effective as a polemic than as a story.  She felt that it was a mistake for Go Set a Watchman to be published as if it were a finished work, as opposed to more honestly characterizing it – with a proper introduction – as a work in progress that was set aside.  She agreed with Alice that there was much to be appreciated in the raw honesty of the book and its portrayal of a particular time and place.  Sean Kinch said that the novel failed in some important ways as a work of literature but succeeded in others and lived and breathed with hard truths.  He felt that parts of it could and should be taught alongside To Kill a Mockingbird, enriching students’ understanding of both works.

I was glad I read Go Set a Watchman.  It didn’t ruin Atticus Finch for me, as I don’t think of Atticus in Go Set a Watchman as the same character as Atticus in To Kill a Mockingbird.  I don’t consider either book a sequel or prequel to the other; they each stand alone, though they certainly look at each other sideways.  Reading the second book gave me a deeper appreciation of the brilliance of Scout’s voice in To Kill a Mockingbird as well as a deeper understanding of Harper Lee’s mind and heart.  Your experience of reading the book may depend on your expectations, as my friend Matt Osborne highlighted in his guest post on the subject. 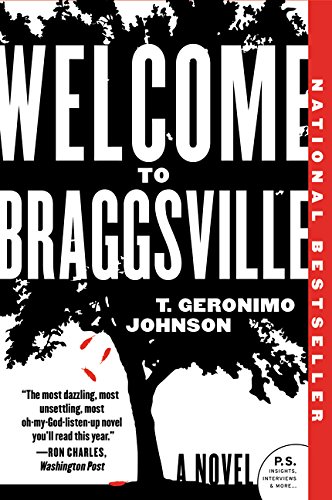 Welcome to Braggsville, a current novel by T. Geronimo Johnson, has some distinctive thematic similarities to Go Set A Watchman.  Protagonist D’aron Davenport, a white boy from Braggsville, Georgia (population 712), finds his ticket to freedom and intellectual growth in college at UC-Berkeley.  Like Jean Louise Finch, he learns that you can never really go home again.  When he and his three closest friends from Berkeley attempt to stage a “performative intervention” during the town’s annual Civil War Reenactment, things take a terrible turn.  The story is very suspenseful, but Johnson’s language can become distracting.  His characters often speak in verbal fireworks and sometimes end up sounding too much like each other.  That being said, it’s still an impressive and thoughtful work, with plenty to think about or discuss.  From the New York Times:  “Organic, plucky, smart, “Welcome to Braggsville” is the funniest sendup of identity politics, the academy and white racial anxiety to hit the scene in years.  Recent racial satires like the film “Dear White People” or Tom Wolfe’s novel “Back to Blood” fumble to light dead ­fuses, poke around in long-abandoned ­attics or ­simply shoot blanks; they lack a true understanding of where America’s many racial conundrums actually lie.  Johnson, by contrast, knows just which dark corners to expose, which cultural buttons to push, which ironies to illuminate and how to whirl an affecting yarn all the while.” 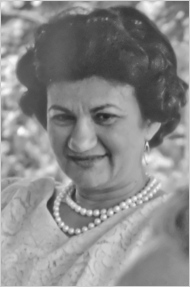 And now, to my favorite of the lot:  The Color of Water, by James McBride, published in 1996.  James McBride (born 1957) is the 8th of 12 children of Ruth McBride Jordan.  For most of his childhood in the projects in New York, McBride knew that his family was different.  No one else had a mother who looked like his.  For that matter, no one had a mother who acted like his!  She was fierce about education, respectful behavior, and Jesus Christ, but eccentric on meals and home management, with the household in a constant state of disorder verging on chaos.  McBride as he grew up tried desperately to understand how his family came to be, but his mother always dodged questions about her past.  Finally, once all of the children were launched – a series of stunning educational success stories – McBride convinced his mother to let him interview her about her past.  He expected this process to last six months; instead, it took eight years.  The memoir that results from these interviews is one of the most remarkable, compassionate, mind-bending works I’ve ever read.  James tells the story of his life and his mother’s in alternate chapters, in his words and in hers.  His persistence and imaginative effort in attempting to understand the deepest of truths about his mother is beyond compare.

Ruchel Zylska was born to an Orthodox Jewish family in Poland in 1921.  Her parents, moving to America several years later, changed the family name to Shilsky and settled in Suffolk, Virginia.  There, her father opened a dry goods store in the black section of town, charging predatory prices, and ruled their home with an iron fist.  Ruchel, calling herself Ruth, eventually escaped the abusive home to New York.  Her family said kaddish and sat shiva for her:  she was dead to them.  When she became involved with the man who would become James’ father, she was introduced to Christianity and dove in deep.  Her faith would sustain her forever after.  The Color of Water is James McBride’s story – yes – but to my mind it is most powerfully his attempt to understand his mother and a testament to the power of God’s love at work in the world.

The Nashville Public Library has recently re-launched an annual book club/panel discussion for members of the Carnegie Society, this year headed up by Kate Satz and Jessica Viner.  If you love books and libraries, please consider joining!

To Alice Randall, Margaret Renkl, and Sean Kinch:  Please forgive me for the barebones summary of our discussion!

Don’t miss the chance to hear James McBride talk about The Color of Water at the Nashville Reads finale on Monday, May 9th: 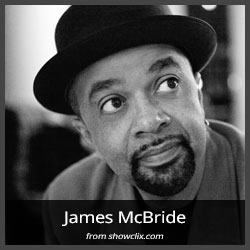 Join author James McBride for a presentation and book signing, including a special performance by the Rod McGaha Quartet.  McBride is the author of this year’s Nashville Reads selection, The Color of Water: A Black Man’s Tribute to His White Mother.

Presented in conjunction with Conversations @ NPL, which aims to stimulate public dialogue surrounding current issues that shape all facets of American history and culture.

April is a “hair on fire” month courtesy of wordsmith and friend Amy Norton.  Yes it is.  And here comes May.