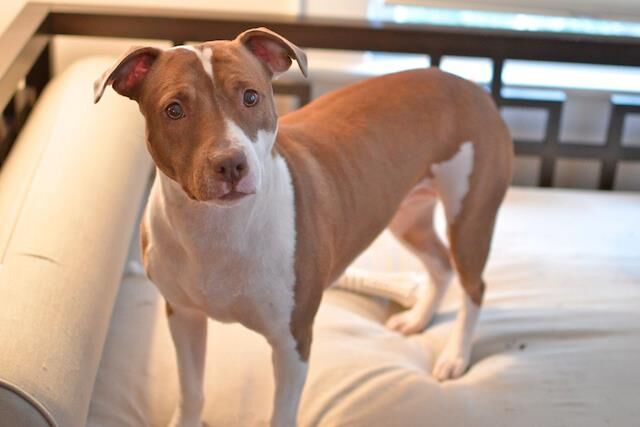 Is it safe to treat dogs like furry children?  Montreal doesn’t think so.  The Montreal City Council passed a “pit bull ban” last week, a regulation that would prevent residents from adopting or buying a pit bull and requiring registration and muzzling of existing pits.  A judge put the ban on hold until today, when she will take further action.  Stay tuned!

The New York Times recently interviewed Southern Festival of Books author Bronwen Dickey – author of Pit Bull: The Battle Over an American Icon – about the ban:

“There is this idea that somehow they are unstable, relentlessly aggressive and treacherous… There is always this narrative that they turn on you, that they are unpredictable,” she said.

And it’s wrong, she believes.

Here’s the story of how Dickey came to write her book:

When Bronwen Dickey brought her new dog home, she saw no traces of the infamous viciousness in her affectionate, timid pit bull.  Which made her wonder: how had the breed – beloved by Teddy Roosevelt, Helen Keller, TV’s “Little Rascals” – come to be known as a brutal fighter.  Her search for answers takes her from nineteenth-century New York City dogfighting pits – the cruelty of which helped spark the founding of the ASPCA – to early twentieth-century movie sets where pit bulls cavorted with Fatty Arbuckle and Buster Keaton; from the battlefields of Gettysburg and the Marne, where mascot pit bulls inspired American troops, to desolate urban neighborhoods where the dogs were brutalized. 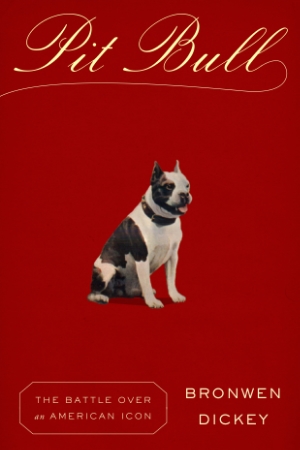 Maria Browning provides an excellent review at Chapter 16 and has a lovely email interview with Bronwen about the book that took her 7 years to write.

Here’s one question I found so thoughtful and interesting:

Chapter 16: Pit Bull argues that dogs are overall remarkably safe companions, and yet no dog should be considered incapable of doing harm – even very serious harm – because that is simply in the nature of the animal.  Is the current trend toward treating dogs like furry children interfering with a realistic understanding of them?

Dickey:  I think so.  On the one hand, we as a society have made tremendous strides in how we treat animals…. Veterinary medicine and the study of animal behavior have advanced in leaps and bounds over the past few decades, as well.  Dogs are a bigger part of family life than they ever have been.  All of that is wonderful!  But when the pendulum swings so far in the opposite direction that we forget that dogs, as strong, intelligent animals, have their own needs and impulses, that can be a serious problem for everyone.  By no means should we fear dogs – they are incredibly resilient, tolerant creatures – but we owe it to them to respect their limits.

Reviews of Pit Bull have been enthusiastic; just a few quick examples…

“Brilliant… A powerful and disturbing book that shows how the rise of the killer-pit bull narrative reflects many broader American anxieties and pathologies surrounding race, class, and poverty… A remarkable study of our capacities for cruelty and compassion toward dogs and other humans, and an eloquent argument for abandoning the fears and prejudices that have made pit bulls in particular the victims of mistreatment.” (Christian Science Monitor)

“In covering a subject that evokes strong, deep-seated emotions, Dickey herself refrains from making sweeping judgments about the pit-bull temperament.  She neither condemns nor exalts these dogs.  The story of the pit bull is complex, and at times heartbreaking… Somehow, Dickey manages to find hope for the future of this dog and its reputation.” (Los Angeles Review of Books) 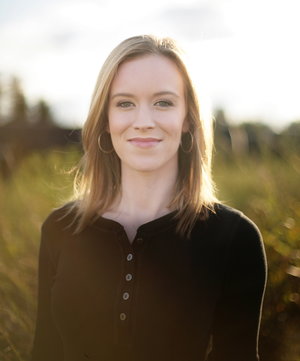 Dickey is a contributing editor at Oxford American and a travel writer for The New York Times, Slate, and Garden and Gun, among other publications.

For some fun facts, here are her answers to the Author Questionnaire sent in connection with the Southern Festival of Books (she answered, as requested, in 15 words or less per question):

What is one of the most unusual things you’ve ever done?
Went scuba-diving in a flooded cemetery.

How do you relax?
By pretending the comments section does not exist.  Also, beer.

What do you worry about?
Disappointing those close to me.  And the possibility of a Trump presidency.

Being a writer is hard because…
I am never satisfied. Every piece is an attempt to redeem the last one.

Being a writer is fantastic because…
I never stop learning. And I don’t have to work in an office!

Please join me to hear her read and speak at the Southern Festival of Books: