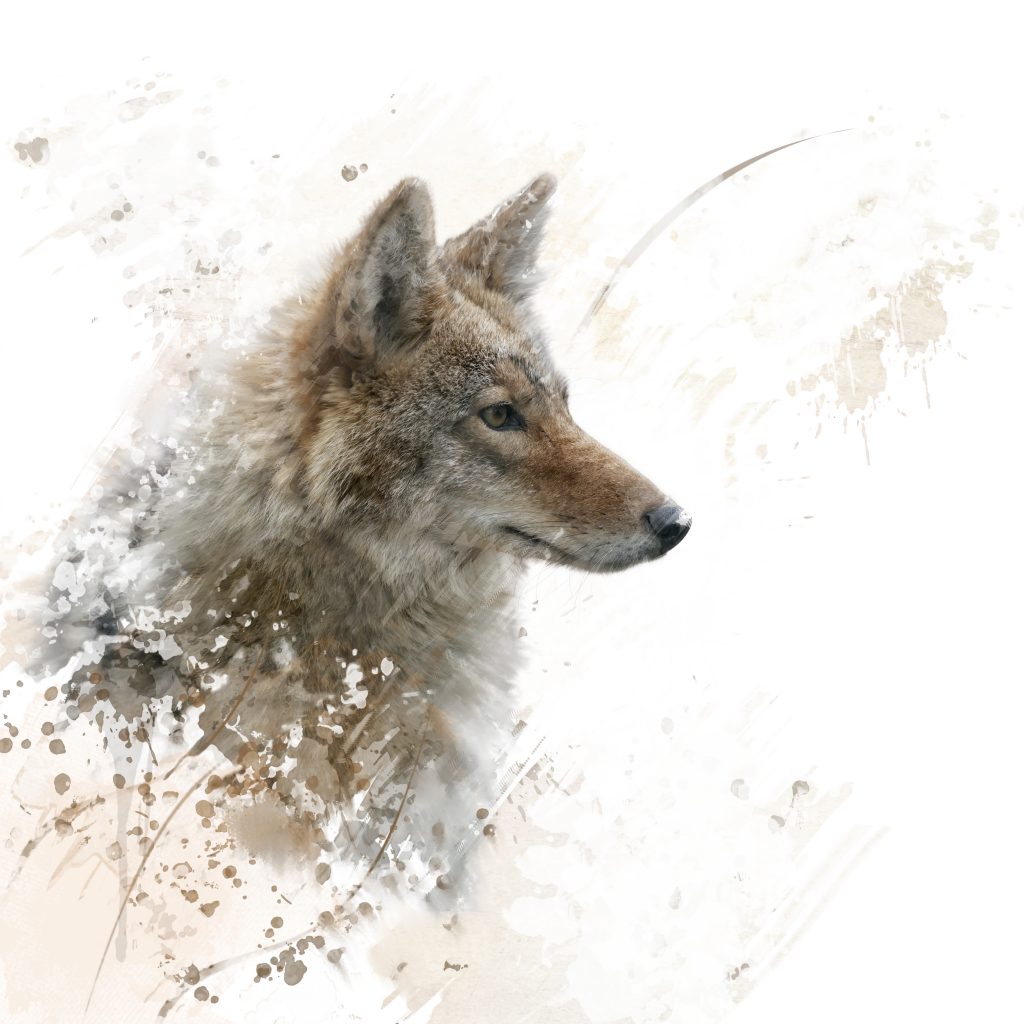 A cold grey morning in November dawned with a steady rain – the earth already wet – the rain coming down as if it would never end. Had there ever been a more miserable morning for man or beast?

Yes, of course – but this one was pretty bad.

The next thing I knew, Pepper exploded with fierce barks. I jumped up from my tea to see what was the matter.

What to her wandering eyes had appeared but a small, grayish-brownish coyote, trotting from the underbrush on one side of our yard to the thicket on the other. Looking not unhealthy – but wet and bedraggled.

“Out! Let me out!” Pep barked. “Let me go chase the soaking wet coyote!”

“Oh Peppy, it’s a muddy mess out. And that coyote is miserable enough right now…”

“That coyote is an existential threat!” Pep continued, leaping up at the sunroom door. “To me and the other creatures in the yard!”

“You mean the squirrels and bunnies that you try to catch and eviscerate?”

“Yes,” she replied, choosing to ignore my tone.

As we peered out the sunroom windows, we were surprised to see a second coyote emerge. A bigger one, with a grayish brindle coat. The two friends travelled back to the overgrown brushy hedge. They looked up at us as they walked across the yard; we looked down at them.

Pepper threatened their very lives with her fearsome barks and leaps (from inside the sunroom). They disappeared into the brush, but Pep could not settle down. Agitated, she paced the sunroom. I went back to my tea and newspaper while she continued to pace. Finally I returned to the sunroom and sat down on the floor.

“Come here, Pep,” I encouraged, which she did, laying down with her head in my lap. “Try to let go of the coyotes for now,” I said, petting her. “You are warm and safe and dry and loved,” I said. “Those are the important things for now.”

“But they’re still out there,” she said, fretful.

“They always will be,” I replied. “Even when they’re not.” 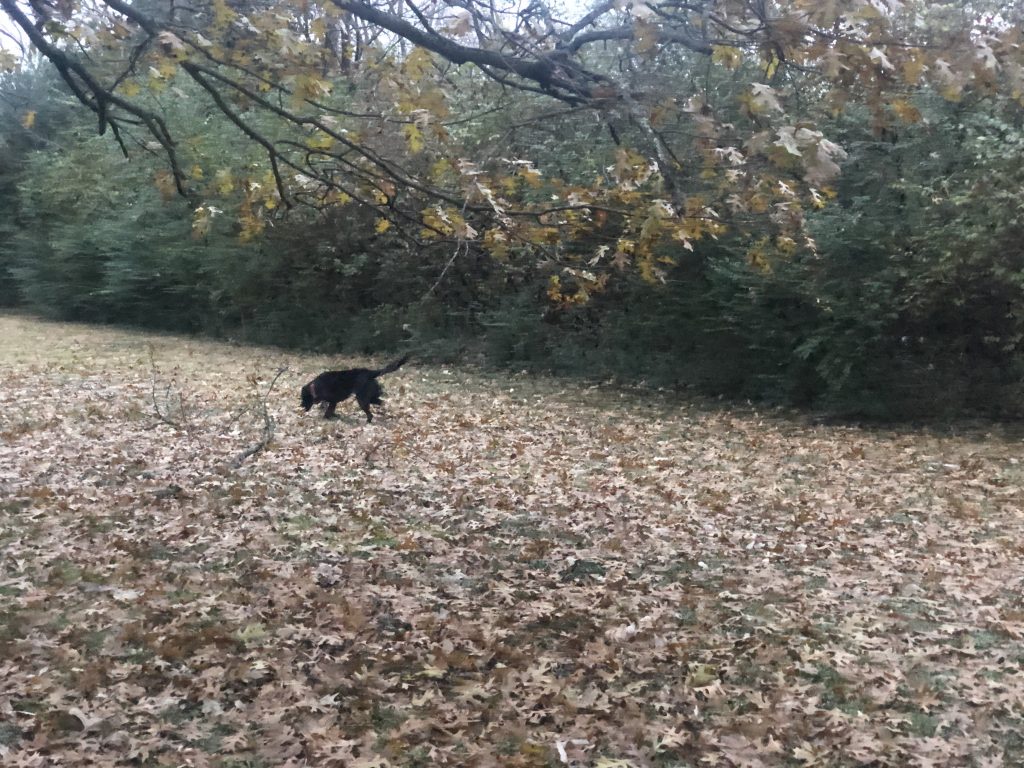 Later in the day, sniffing near the underbrush they disappeared into 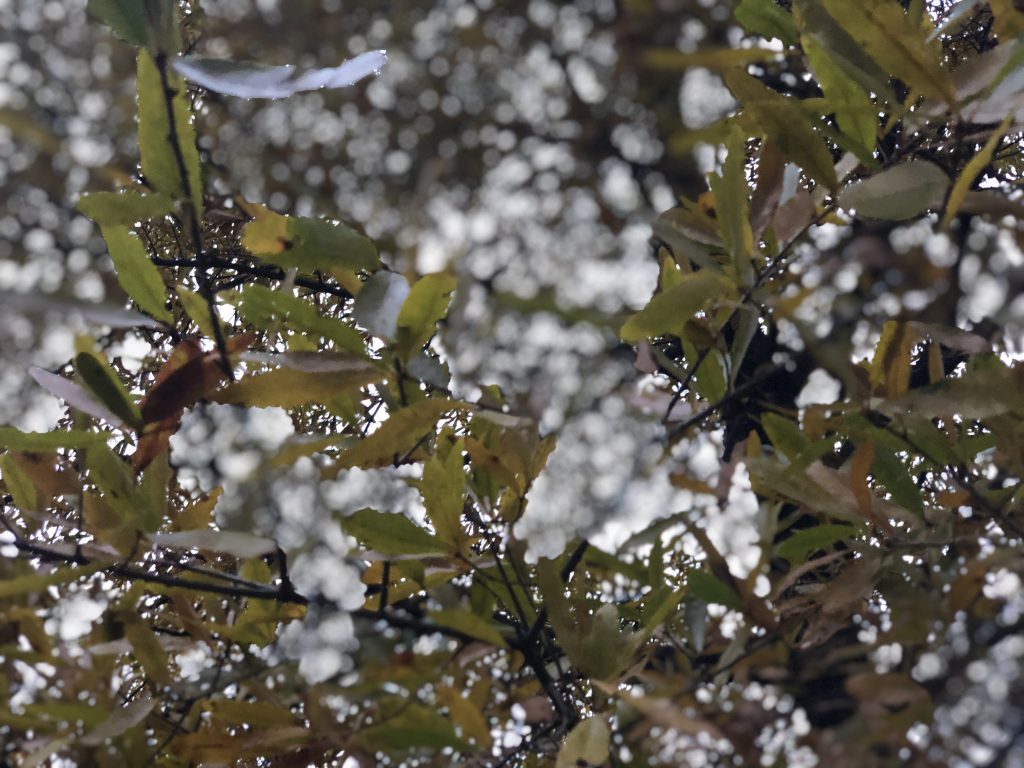 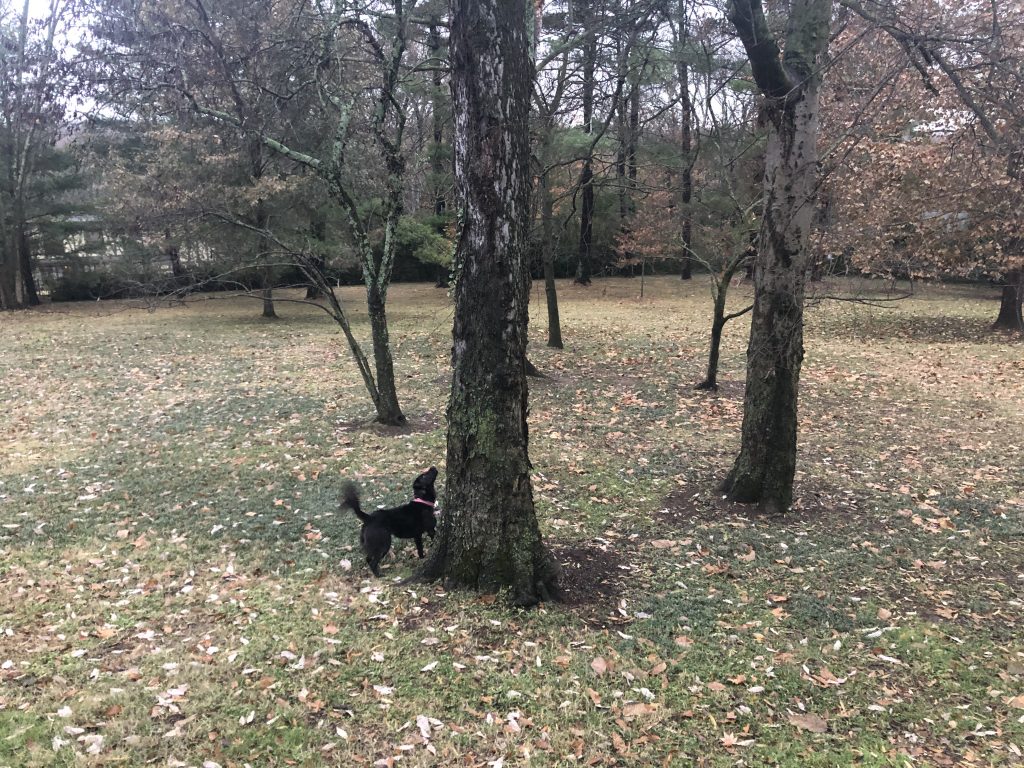 Taking a break to eyeball a squirrel 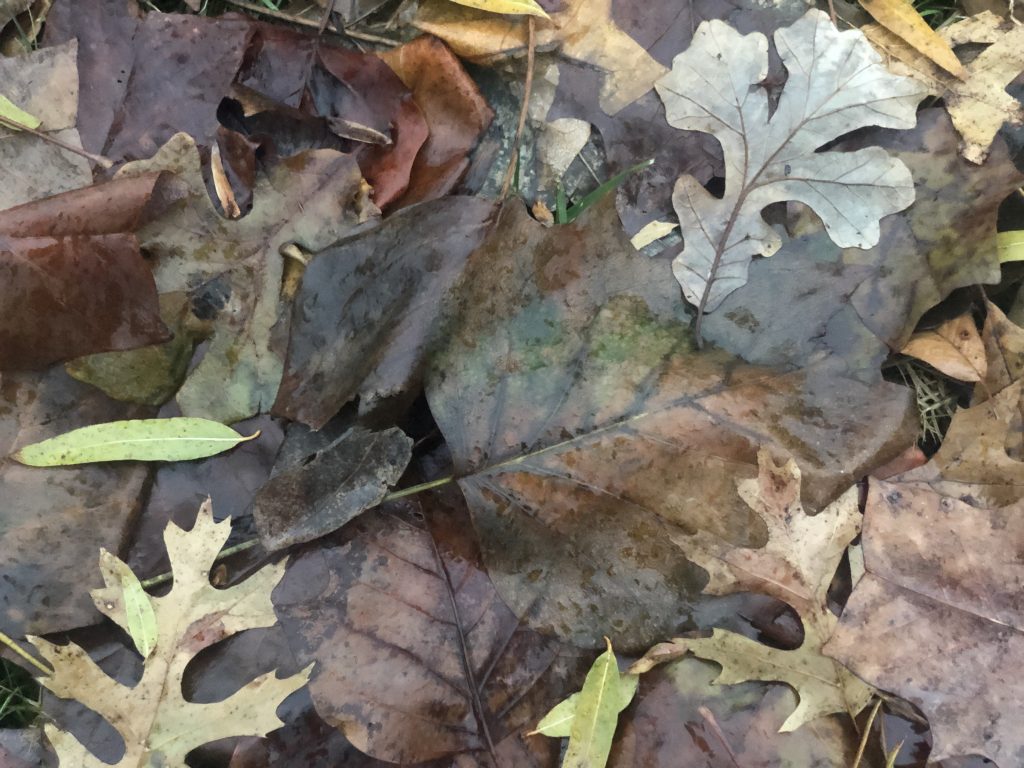 For Pepper’s encounter with a coyote this spring (“Pepper and the Seasons of Life”), click here.

For a beautiful meditation on November in Nashville, see Margaret Renkl’s “Ode to a Dark Season” in the New York Times here.