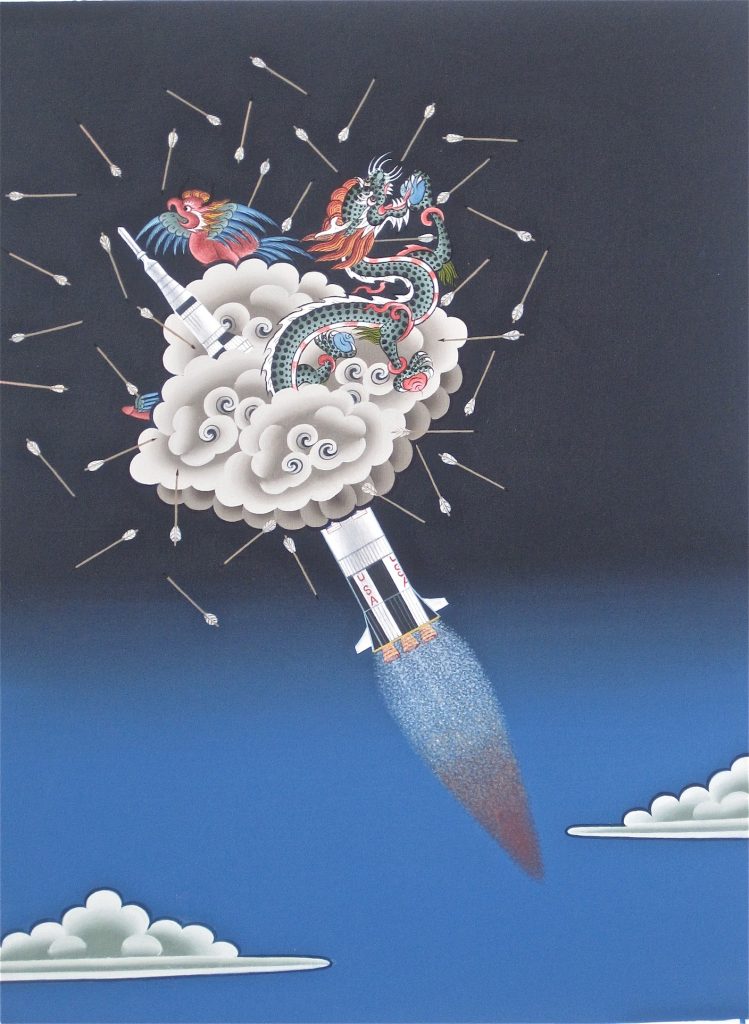 Good morning, friends! Please join me in Bhutan as we hear from Nashville native Linda Leaming, who finds much to appreciate in her adopted country and how it is handling Life in the Time of Corona.

Like most everyone in the world, the people of Bhutan are worried about Covid-19. But there are some things here that are very different than in the rest of the world.

We’ve had three cases of the virus at this writing. Two were American tourists who were here the first week of March. A 76 year-old man, patient zero, was tested, isolated, and kept on a ventilator for 10 days and then airlifted home. His companion is positive but shows no symptoms and is isolated until she tests negative. Around 400 people the tourists came in contact with were tested (three times), and all were negative. About 60 people who came in close contact with the tourists, like their driver and guide, are still in quarantine. These multiple tests are to make sure there are no false negatives. Many people have been tested in Bhutan, as this is the front line of defense.

No one has been allowed in or out of the country for several weeks, but Bhutanese who want to come home, like workers or students, can. They are the biggest threat for spreading the virus in this tiny, land-locked country of about 700,000 people. The government has set up over 90 quarantine centers, mostly hotels that have volunteered to house and feed the people coming back, and these returning Bhutanese are quarantined for 28 days. No exceptions. They have free food and lodging and free wifi. There are between 2,000 and 3,000 of them so far. One student from the UK has tested positive, but she is already quarantined.

We know the virus is coming. We’re sitting just above India, and there’s absolutely no way to tell how many of our 1.3 billion neighbors are infected, as there is very little testing there. India did instigate a 21-day lockdown this week, so we’re hoping this will help slow those already infected from infecting others.

Last Monday morning the Bhutanese government closed the border with India. There are only two roads into landlocked Bhutan from India in the south and one or two more in the east. There are no roads in the West or in the North, where Chinese Tibet looms as a great unknown. Geography gives us an advantage there as the mountains are impassable, even for a virus. But the border in the south is very porous with informal routes like foot paths and mule tracks, so the army has been deployed all along the border to guard those and keep people out. Yes, that’s right. The army is guarding mule tracks. This government is not fooling around.

With the Indian border closed, and because we get a lot of our food from India, our government told us to stock up on food, go and buy what’s in the stores, and also plant gardens. You would think that this would create panic, but this is not the case. People are worried, but calm. I think it’s because they are Buddhist, and also because they trust the government, and they know they are being taken care of. The monk body is praying day and night to the Medicine Buddha for the well-being of everyone in the world.

Even before the American tested positive we were asked by the government to wash our hands, stay home, and limit group activity. If you make a phone call in Bhutan, instead of a dial tone there’s a recording reminding you to wash your hands and stay home. We are incredibly lucky because three of our ministers are doctors. Our Prime Minister, Dr. Lotay Tshering, is a surgeon who still practices (on Saturdays); our Foreign Minister, Dr. Tandi Dorji, is a pediatrician specializing in infectious disease eradication (he helped eradicate mumps and polio here); and our amazing and compassionate Health Minister, Dr. Dechen Wangmo, who recently said, “Our sense of solidarity is more infectious than the virus.” Talk about being on the same page. Plus we have a volunteer army, sort of like the National Guard in the U.S., called the Desuung, the “Guardians of Peace.” They hand out hand sanitizer from the backs of trucks all over Thimphu, the capital, as well as masks and gloves. The idea everyone has here is that we must work fast. Isolate those who are suspected of having the virus, test them, trace those who might have come in contact, and so on. Healthcare is free here but we can’t overload the hospitals.

Here’s an example of how granular things are: Monday I went to the bank and there was a hand washing station outside where we were asked to wash our hands before we went inside. At the front door, a pleasant man at a desk wrote our name and phone number in a ledger.

Perhaps the most remarkable person, and the glorious focus of this entire country just now is our beloved King, Jigme Khesar Wangchuck. 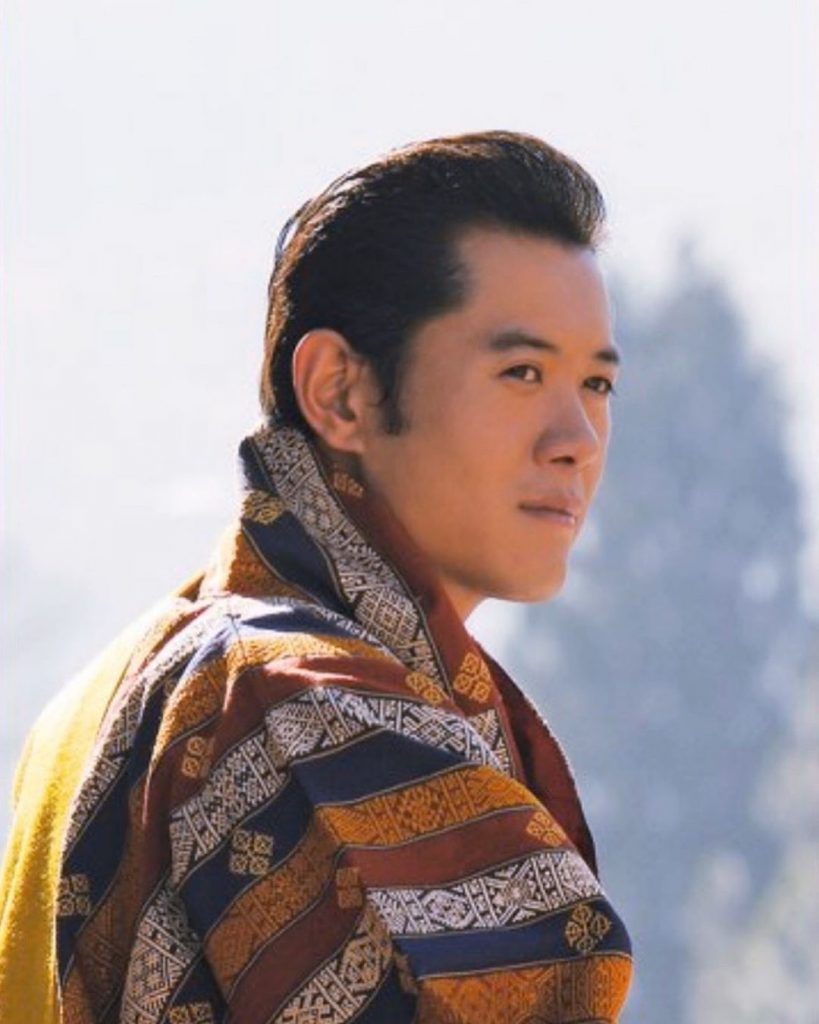 He has overseen every aspect of the fight (and it is very much a fight) against this virus. His Majesty has been traveling the past few weeks all over the South and East, meeting with doctors, nurses, administrators, technicians, soldiers, border guards, grocers, anyone who is on the front line, both literally and figuratively. And amazingly, he came back to Thimphu one day before our Queen, Jetsun Pema, gave birth to their second child, a prince, born on March 19th. There is simply nobody on earth like this King. He is tireless, compassionate, brave, dedicated, selfless and brilliant, always on the front lines.

I don’t know what will happen, but I’m optimistic. We will get through this. My husband Namgay and I recently finished building a house in a beautiful apple orchard above Thimphu. It’s almost redundant that we’re self isolating in this already isolated country. He’s painting and I’m writing book number three. I’m not writing about the virus. I’m hoping that by the time I finish it there will be a vaccine and people will be tired of hearing about Covid-19. It will be a different world. I’m okay with that. 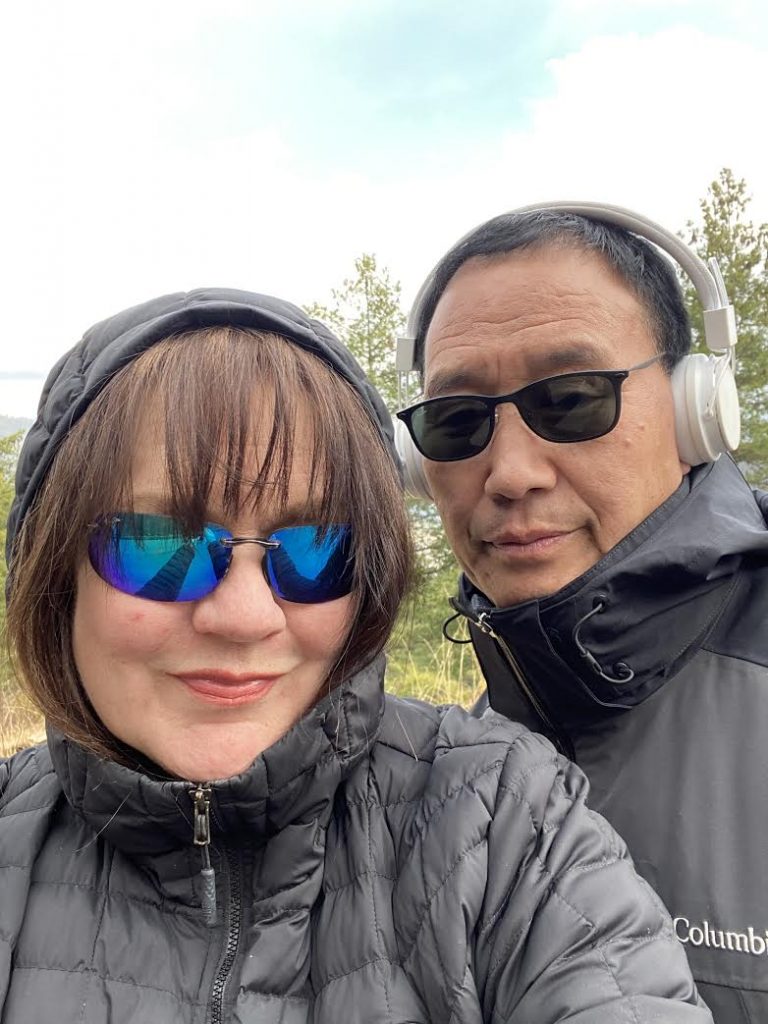 For more from Linda at Bacon, click here. (“Not so many little girls raised in Nashville move to Bhutan when they grow up. Possibly only one. It takes a certain spirit and courage and confidence – a certain curiosity about the world – and a strong will.”) Linda is the author of A Field Guide to Happiness: What I Learned About Living, Loving, and Growing Up (2015) and Married to Bhutan (2011).